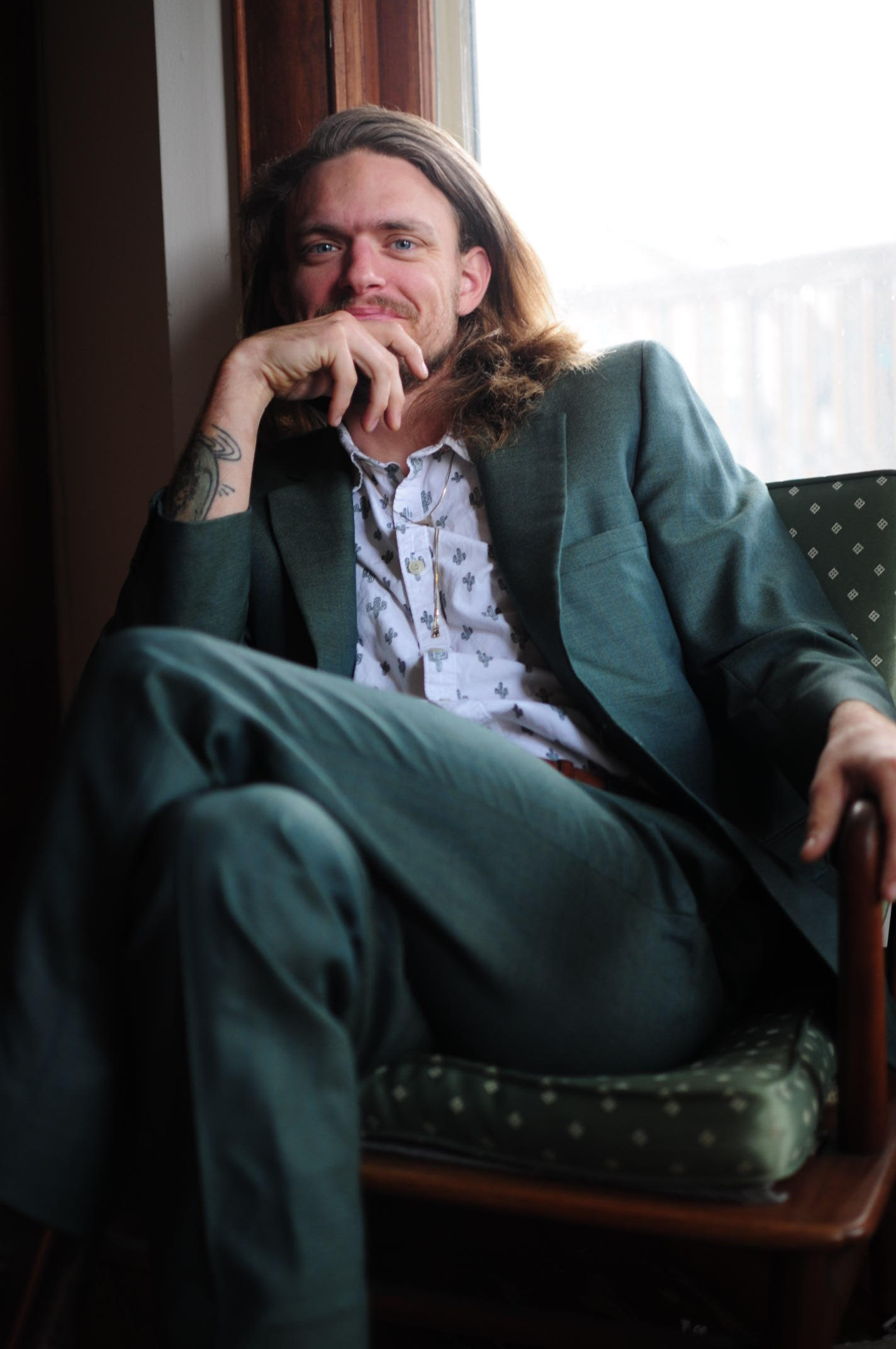 Simply recounting the events of Jon Ruhl’s life to date evokes the lyrics of some epic folk song.

The New Jersey-born singer-songwriter’s family moved to Mississippi not long after he was born, and once he came of age, Ruhl — who acquired an acoustic guitar in high school — joined the Navy, was deployed to Afghanistan, became a commercial diver and called various spots from California to Florida home.

“I think that’s what’s made [life] interesting, because I’ve just kept my options open, and kept an open mind,” Ruhl said. “Like, ‘Oh, I’m tired of doing this. So I’m going to stop doing it.’”

Throughout it all, Ruhl would gig at open mics and song pulls, dive bars and strip clubs, sometimes performing under the alias Rusty Cotton. He began accumulating original songs, and in the early days of the pandemic in 2020, reached out on a whim to Texas musician and producer Robert Ellis to solicit an opinion on Ruhl’s material.

That’s how Ruhl, who spent most of our conversation installing a faucet (he’s a handyman as well), found himself in North Texas and Fort Worth, specifically, in late 2020, recording what would become his self-titled debut LP, out now digitally.

“Childhood was kind of rough at times,” Ruhl said. “Music was the one thing … I could count on, at least. Over time, it became a good way to connect with like-minded people. … So, it became kind of my safe place.”

Befitting someone whose life has tended toward the itinerant, Ruhl’s 11-track debut, recorded at Niles City Sound in Fort Worth, feels like a series of evocative dispatches from various corners of America — quite literally in the case of “Road Song.” His rough-hewn style underscores his appreciation for trailblazing troubadours like Jerry Jeff Walker and Guy Clark.

“One of the things that strikes me about their music, to this day, is not only how descriptive and honest it is … it’s like, you don’t need to write some crazy song,” Ruhl said. “They’re simple songs, but somehow just really powerful.”

Ruhl considers Ellis an influence along those lines, and can hardly seem to believe he’s had the opportunity to write and record with someone whose work he admires.

“It’s amazing,” Ruhl said. “It’s everything I’ve ever wanted as a musician. … To have Robert as a friend and a mentor, and to have him produce this record. That’s a huge validation.”

A physical release of Jon Ruhl — around 100 vinyl copies — is on deck for later this year, along with an appearance on Sept. 23 at the Mighty Roots Music Festival in Stovall, Mississippi. In the meantime, Ruhl will continue to live life as he always has — welcoming each day, and the adventures it may contain.

“I really am pushing myself to write more and more,” Ruhl said. “I’ve got enough material at this point for another record. Then, probably, just keep honing the craft, you know? That’s the whole thing.”

Preston Jones is a North Texas freelance writer and regular contributor to KXT. Email him at [email protected]t.org or find him on Twitter (@prestonjones). Our work is made possible by our generous, music-loving members. If you like how we lift up local music, consider becoming a KXT sustaining member right here.