True friendship can be hard to find; sometimes, a person can be reminded of what it looks like to witness love between friends, the raw emotion that comes when you see someone lose an important person in their life.

The late artist Jeremy Joel (1982 – 2020) was a pillar in the Fort Worth art community, and songwriter Cameron Smith keeps his spirit alive on his second solo album, Shine.

Though released in March, an event last weekend featured the first time this collection of songs “inspired by love, legacy, and life after death” would be performed live with a full band in its entirety. 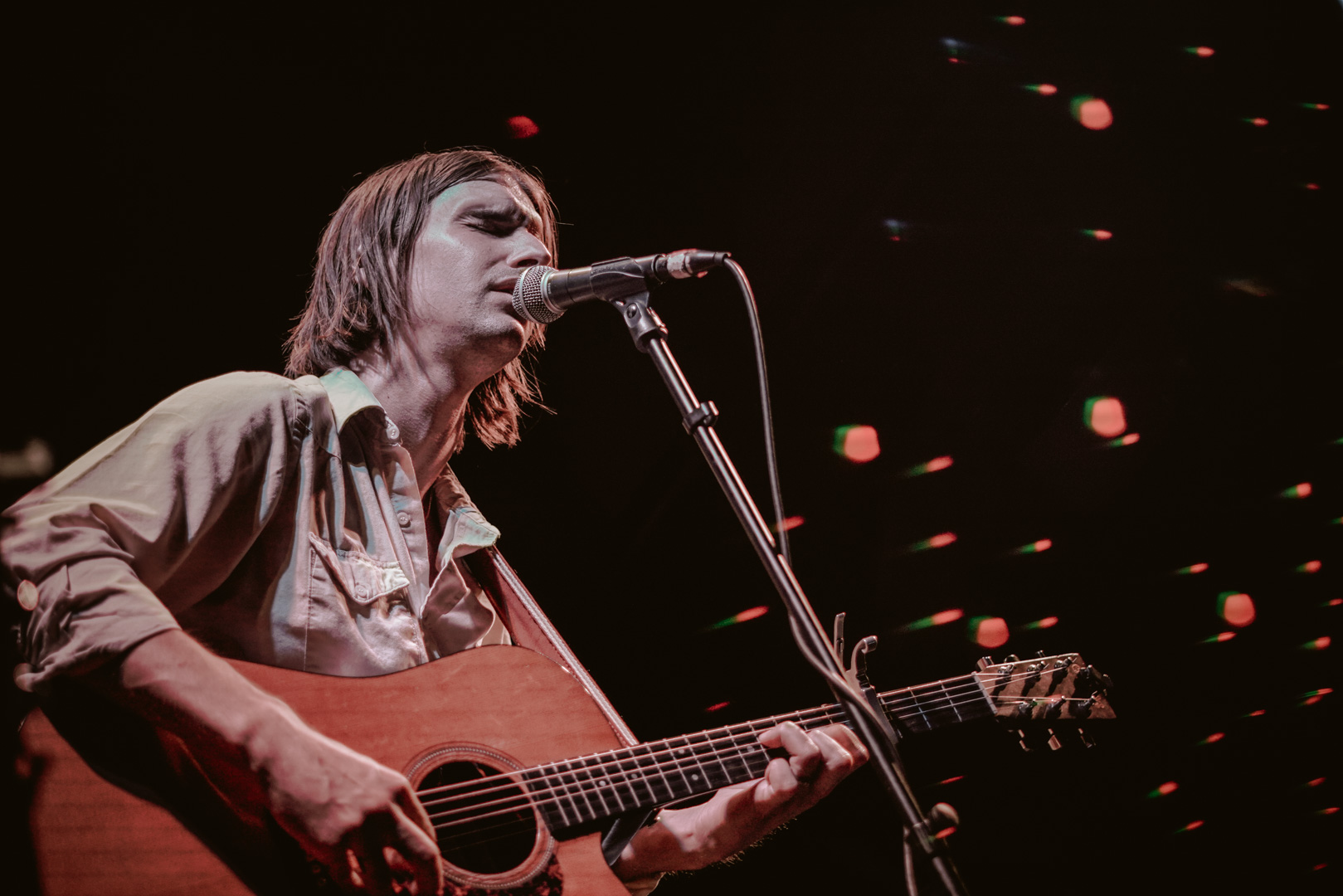 Jake Paleschic opened up the show at Main at South Side. Photo: Jessica Waffles

Jake Paleschic opened the show, delivering his solo songs that would set the tone for the night – thoughtful and reflective.

Eric Osbourne & friends followed, playing songs from Osbourne’s 2020 self-titled album as well as new songs that he’ll be taking to Niles City Sound for recording this weekend. Osbourne’s somber style was carried by the 7-piece band, a tapestry painted slowly with layer upon layer of sound. Some of his songs sounded like ballroom dancing with a ghost – elegant and haunting.

The full band included Eddie Dunlap on drums, Patrick Higgins on bass, Tamara Cauble Brown on violin, Katie Grace on piano, Cameron Smith on guitar and Aaron Cauble on cello. All but the cello player would play Shine with Smith in the closing set. 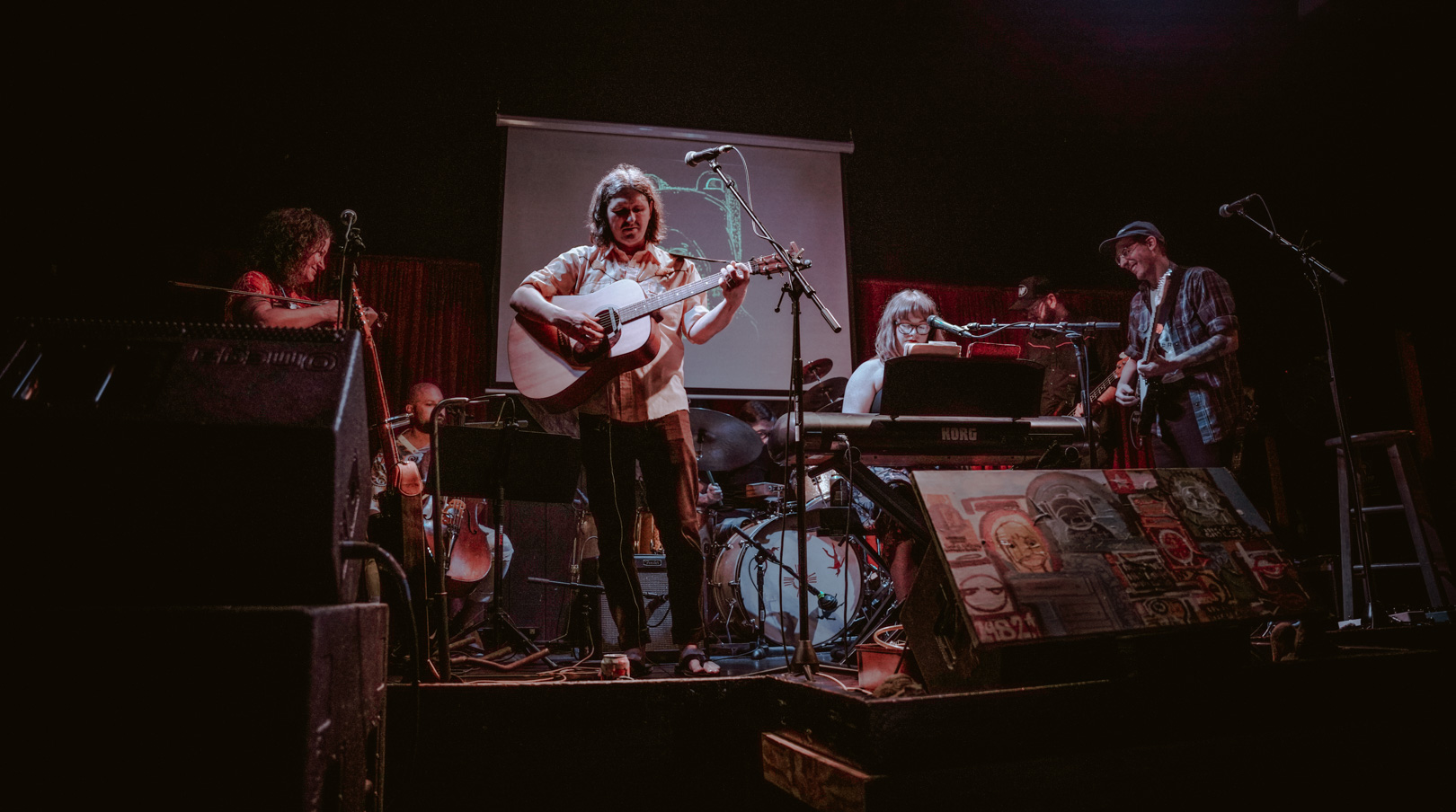 Eric Osbourne was a major collaborator for Cameron Smith’s Shine album, and had his own set during the Shine event. Photo: Jessica Waffles

Just weeks before he died, Joel brought Smith the idea for Shine.

“He called me up just like, ‘Hey we’re doing this thing out in Romney,'” Smith said. “He was putting together a documentary about the closing of SAM Gallery, and he wanted me to score it. He said he wanted my style. Then, I just had to figure out what my style was. But he went missing pretty quick after [that conversation].”

After Joel passed, Smith decided he would still work on the music for the documentary that would never be.

“He went missing the weekend he was supposed to be recorded for that documentary,” Smith said. “I started building soundscapes, and said, ‘I guess I’ll get started to see if I can do this thing that he asked me to do.'” 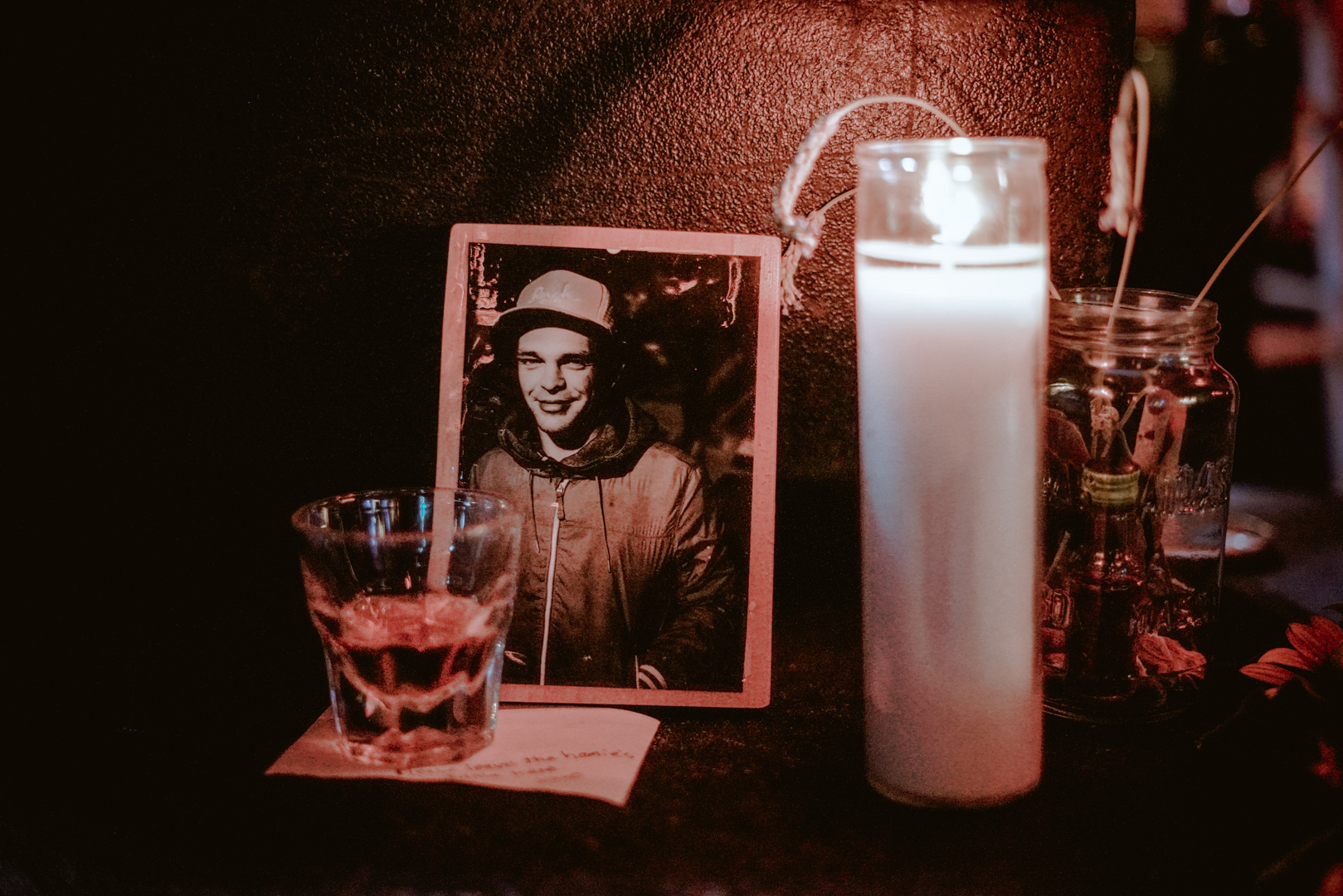 A photograph of Jeremy Joel (taken by Brian Hutson) was placed at the front of the stage, including a candle and a shot of Jameson – for friends who wanted to toast the late artist. Photo: Jessica Waffles

A photograph of Joel was placed at the front of the stage, including a candle and a shot of Jameson – for friends who wanted to toast the late artist.

“It would’ve been Buffalo Trace but the bar was out of stock,” Smith said. “His birthday was on Christmas and we used to grab a shot of Buffalo all the time.” 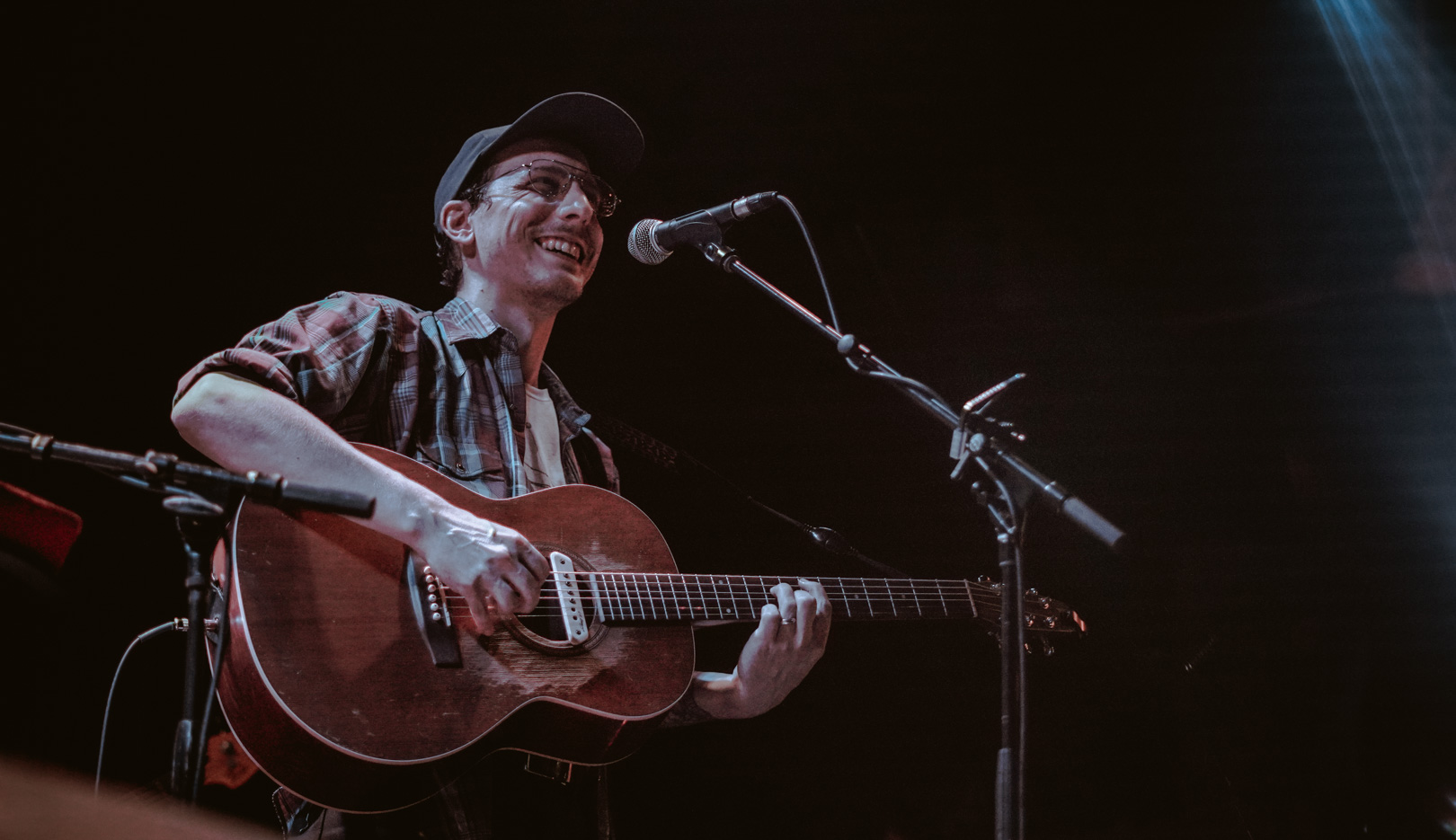 Cameron Smith had a lot of smiles to give away, surrounded by friends for the Shine celebration. Photo: Jessica Waffles

Almost by accident, Smith began collaborating on the album with Eric Osbourne. This was mid-2020 and still early quarantine times, and the pair recorded parts separately in the own homes.

“I was getting into really focusing on basically being a solo kind of artist,” Smith said. “But at the same time needing, or wanting, someone I could trust to bounce things off of. We had a musical interest in each other’s work, and we had all this time to work on music.”

Smith and Osbourne met at a house show in 2017 at House of the Rising Thumb, where the two bonded over a mutual love of The Magnetic Fields and Angel Olsen.

“I think we probably started working on 3 to 4 different songs before we realized we were doing a record together,” Smith said. 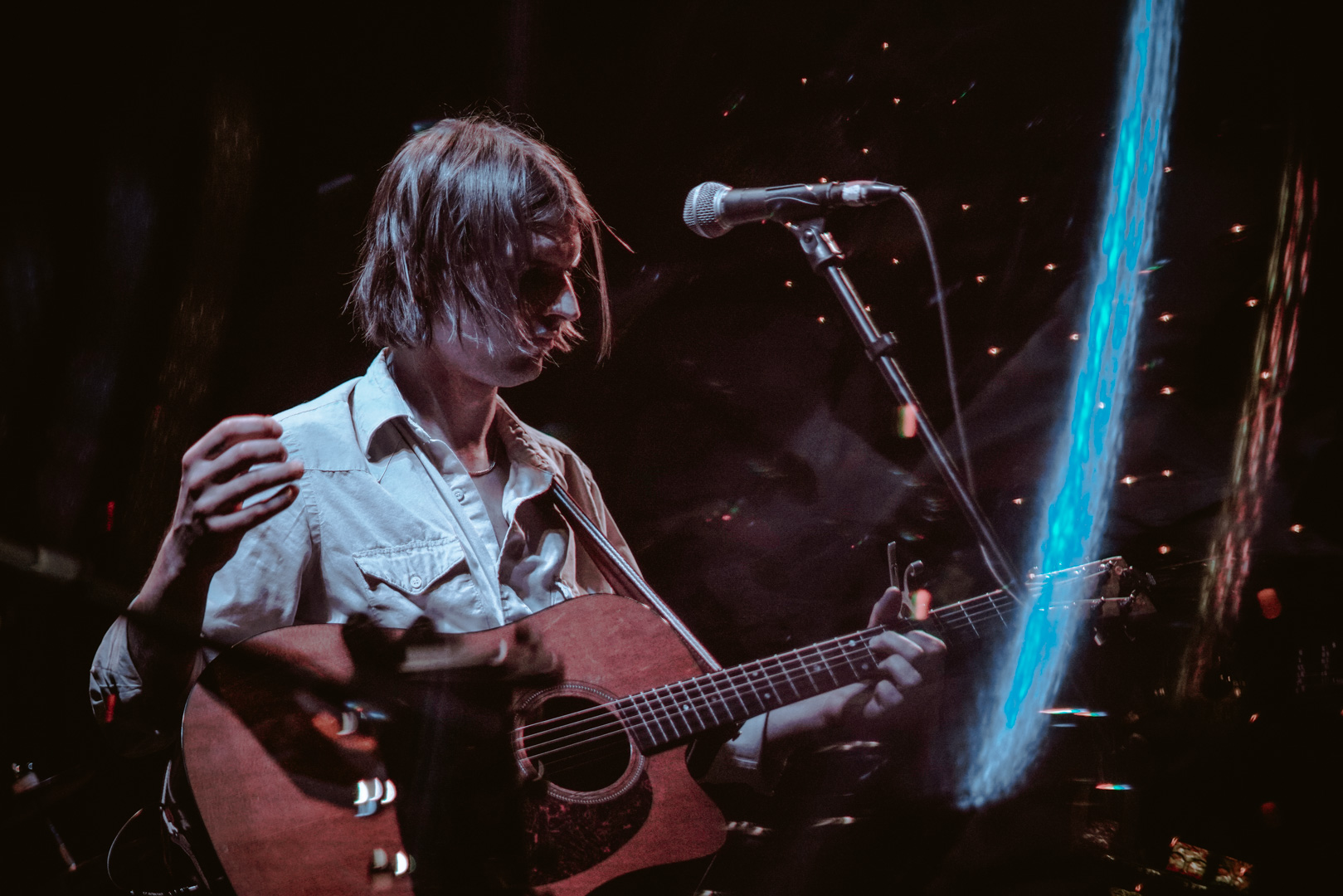 “With Eric’s music there’s a lot of space and room in it,” Smith said. “The harder you listen, the more rewarding it is. To get to hear these songs, but to hear them the way he would hear a song arranged, was really useful. It was something I hadn’t learned how to do for myself yet, something I was just figuring out.”

“It gave me a chance to listen to something, hear something in my head, try to make it happen,” Osbourne said. “The more I did that, the more I loved the songs, loved the lyrics. Tried to play off of the lyrics in some ways.” 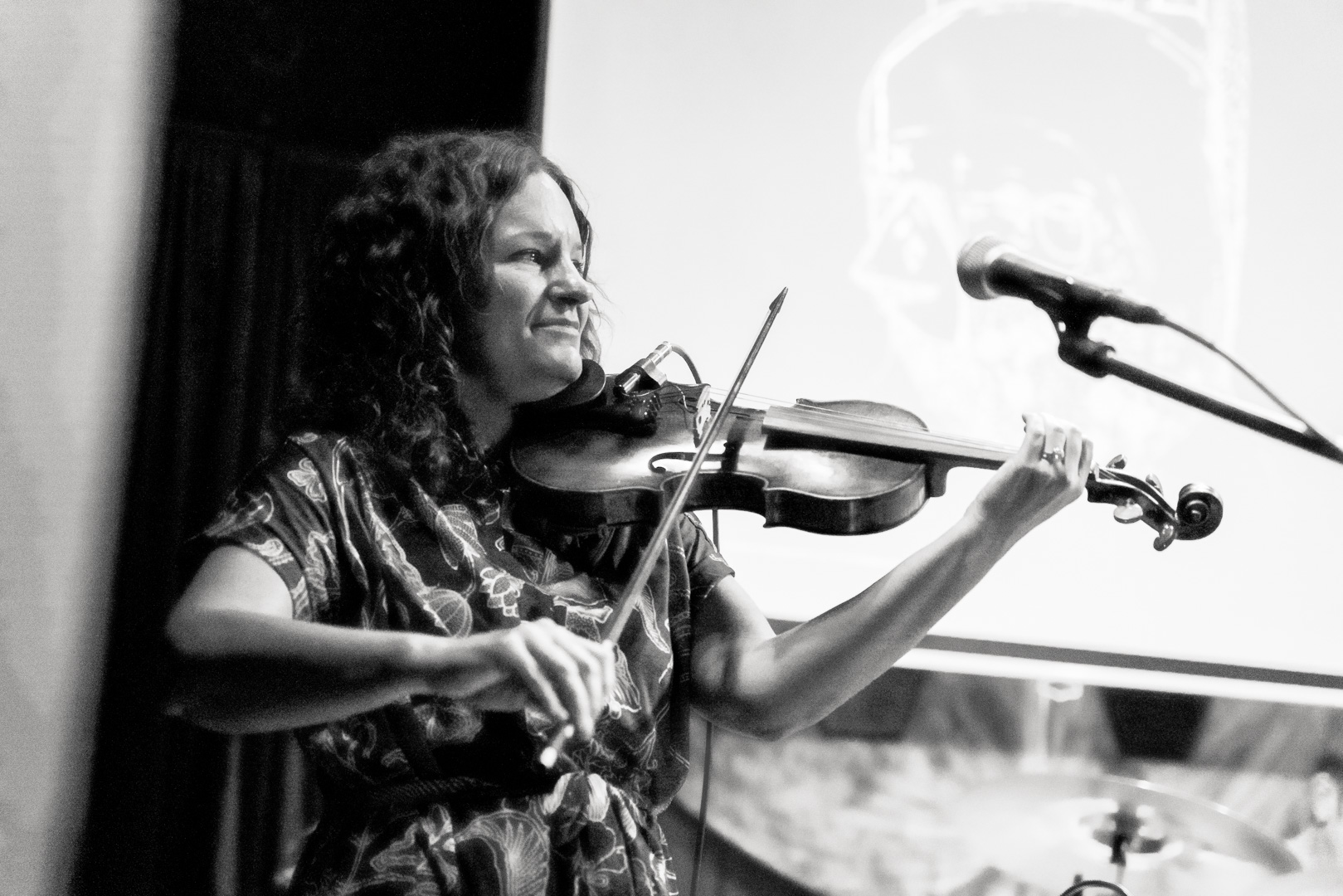 The resulting album is a collage of Smith and Osbourne, led by Smith’s striking lyricism and tone. There are pockets of the album that you can hear Joel’s voice as well, including “Some Things Last A Long Time,” which is a Daniel Johnston cover.

“It was like a final collaborative project with Jeremy,” Smith said. “Like his voice throughout, the ethos; this record was like a way to spend time with him again. I was teasing the band in group text that this [event] would be more like a séance than a show, trying to open portals with candles at the mural and the show. Magic is like a homemade cake. It’s only real if you make it.” 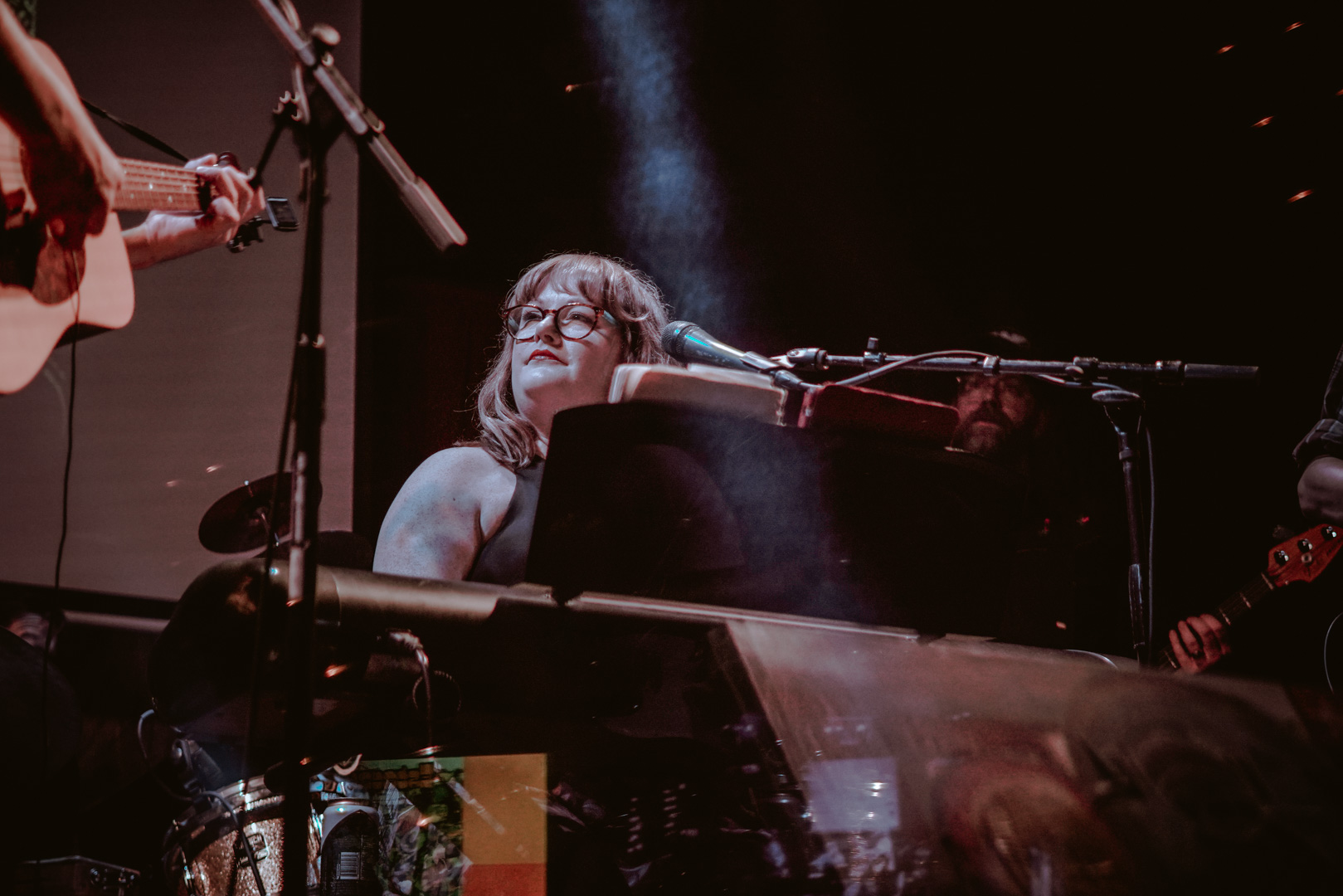 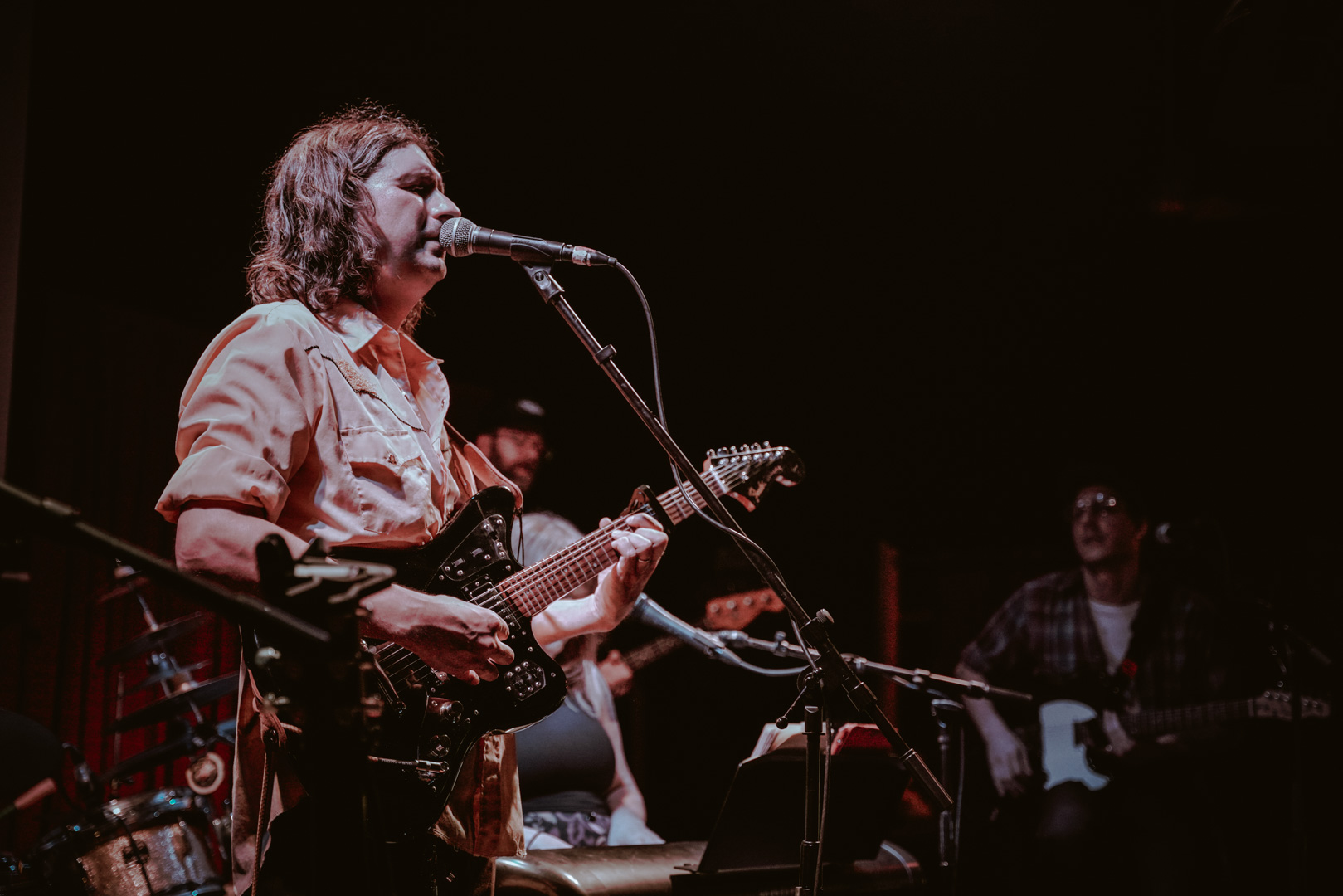 “At the same time, in a very scientific way, he was actually there,” Smith said. “So many people in the room carrying his memory at the top of their mind and in their heart in the moment. And in that way, when you have that ready, and willing to share it, you really are bringing that person back to life in that room.” 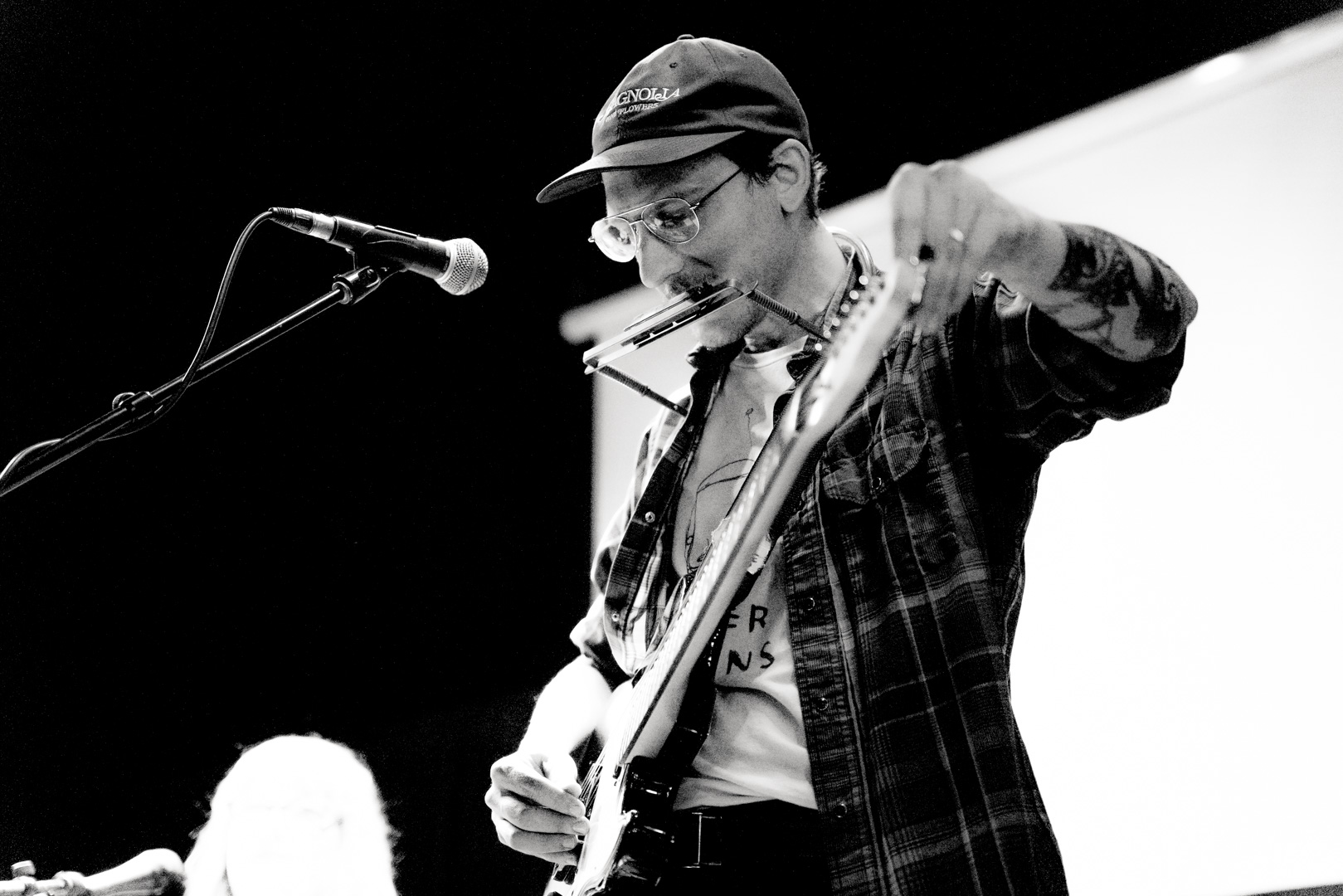 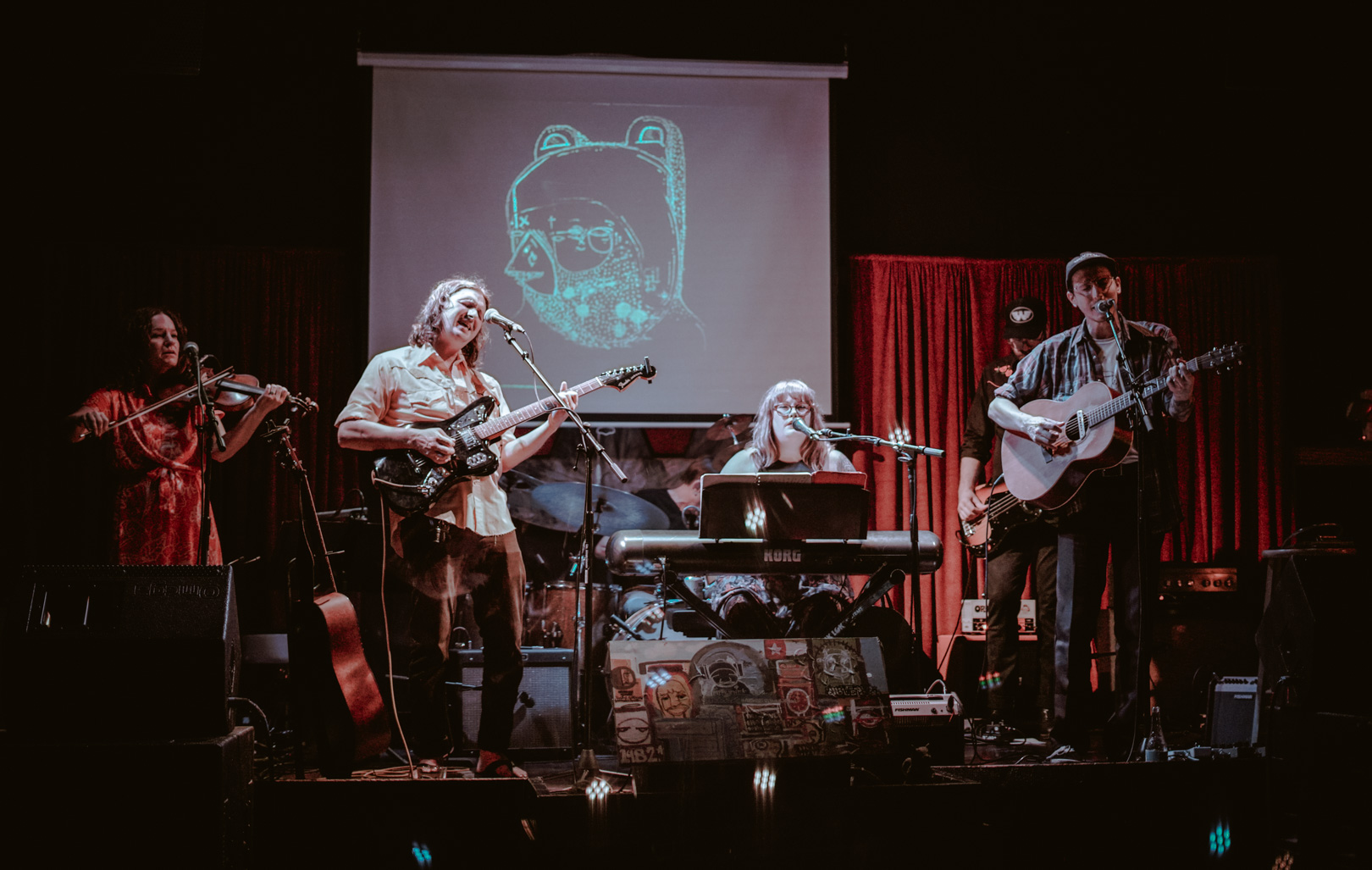 The lyrics of the album cast healing into the ether, as Smith draws upon his own memories that are universal to the human experience.

A personal favorite is the very first lyric of the album, “I was looking for permission / To become what I am / Like I was sent here on a mission / To make you give a damn” (from “time in reverse”). Full lyrics to the album can be found here. 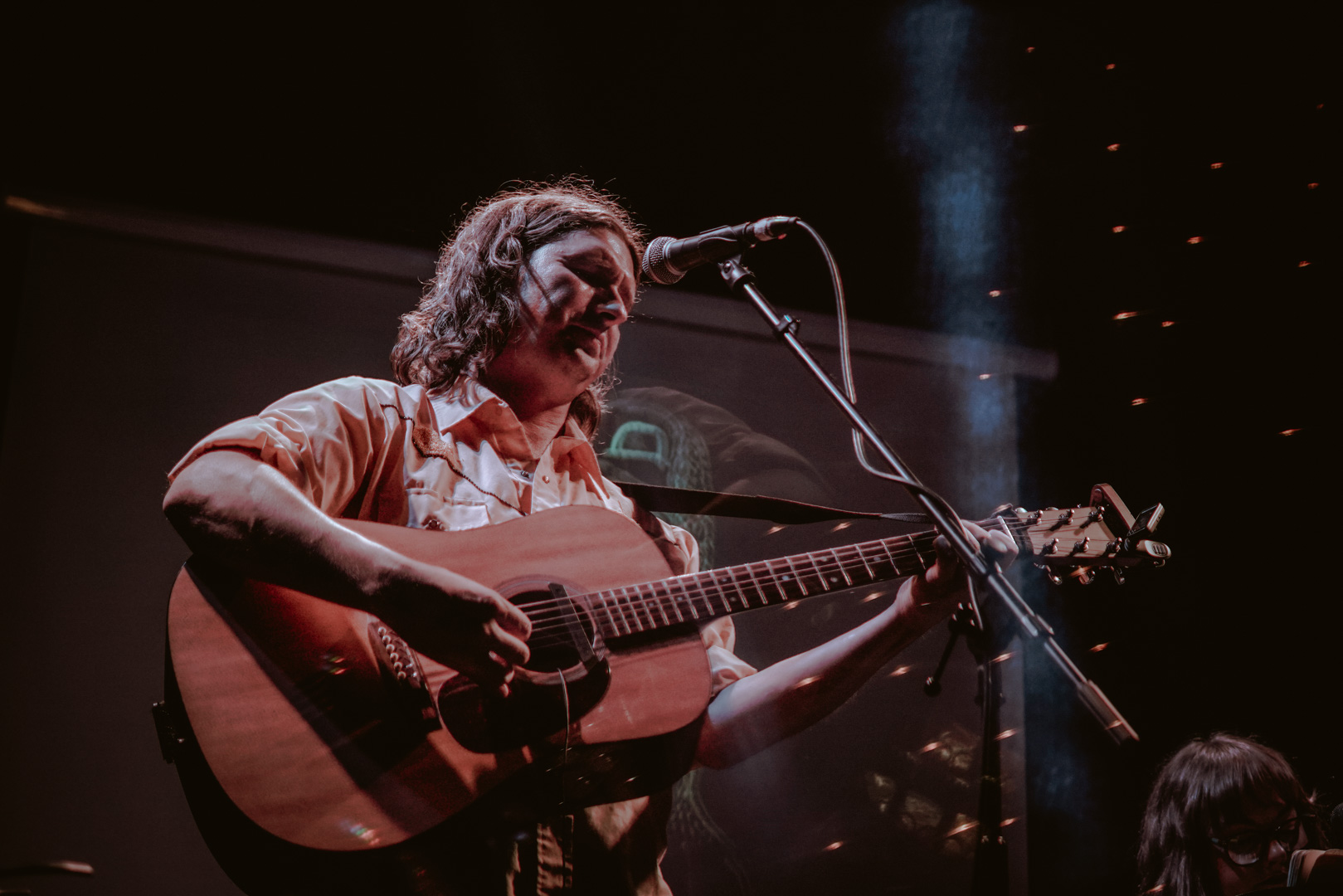 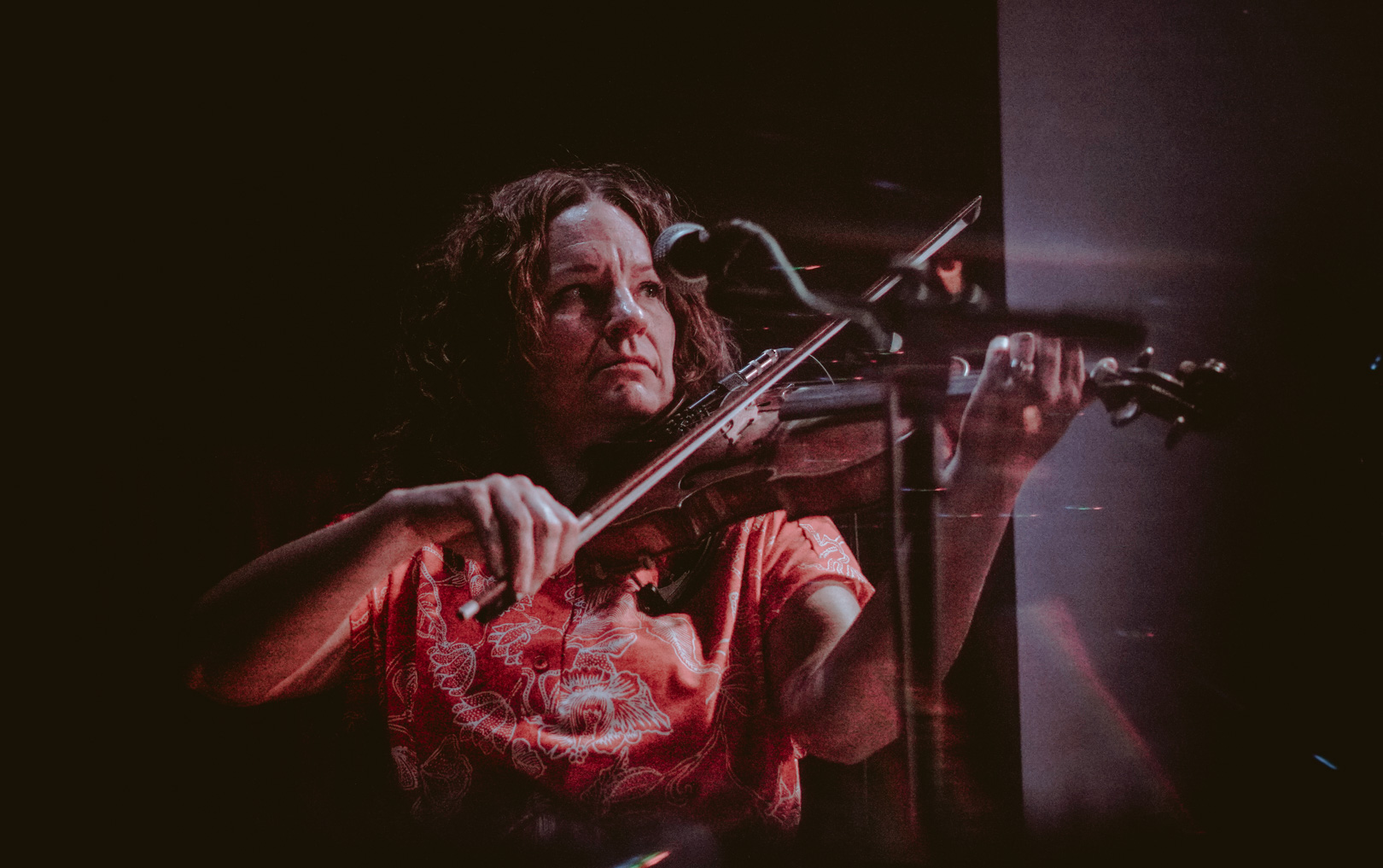 “Just like Jeremy’s paintings, when you’re looking at it, you can see where he totally painted over an idea,” Smith said. “I like how certain songs on the record feel like that. A sonic collage.”

The album art is a Jeremy Joel original, and was projected behind that stage for the night.

“As I was working on this record, I still had access to an old high-res version of this piece that was in Jeremy’s first solo gallery show A Beatbox Caviar,” Smith said. “He had given me those files to use as a War Party single [Smith’s previous band]. There was this darkness of it, a starkness. I used it when I thought these recordings would just be demos, but made myself fall in love with it that way. I don’t know what else it would have been. It just became the image.” 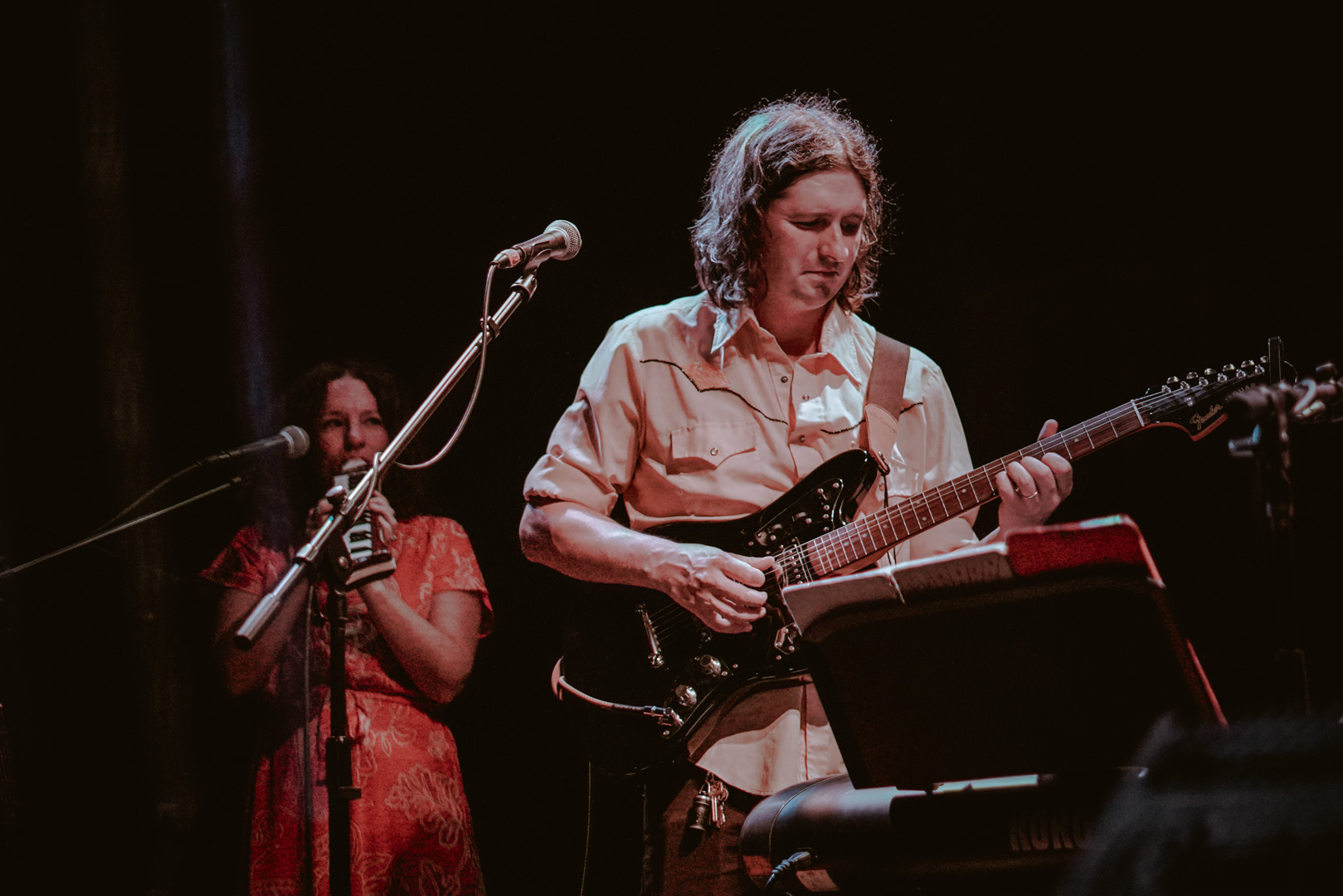 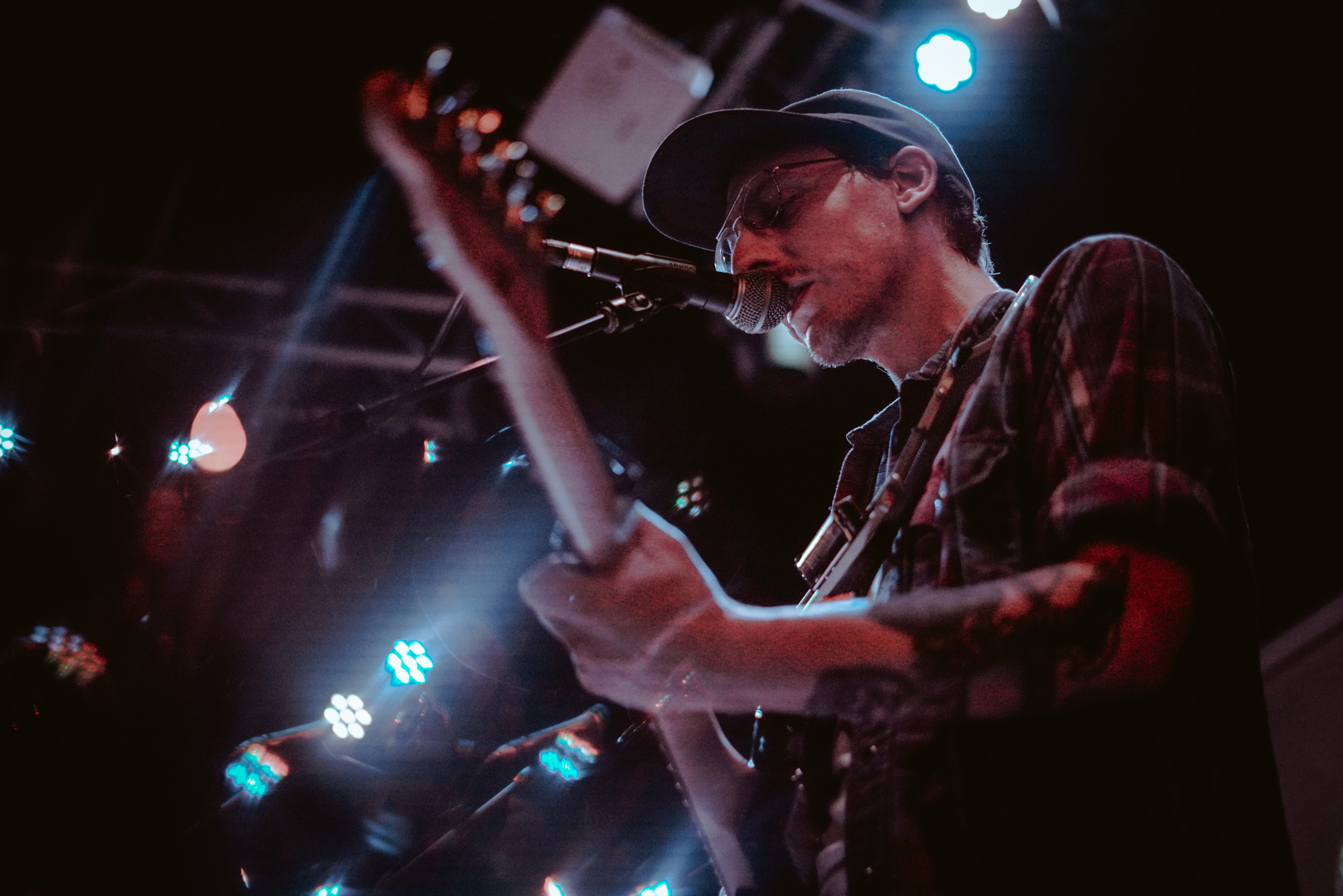 Through love and pain, Shine encapsulates a special and sacred moment in time.

After a decade of leading rock bands, Smith’s solo career is just starting to blossom. The boundless nature of his creativity will surely produce uniquely thoughtful perspectives, entangled in captivating musical phrases. He plans to release some new singles in the next 4 to 5 months, which are currently in preproduction.

“I’m always writing and self-recording these days,” Smith said. “There’s always new things coming. It’s going to be that way from now on.” 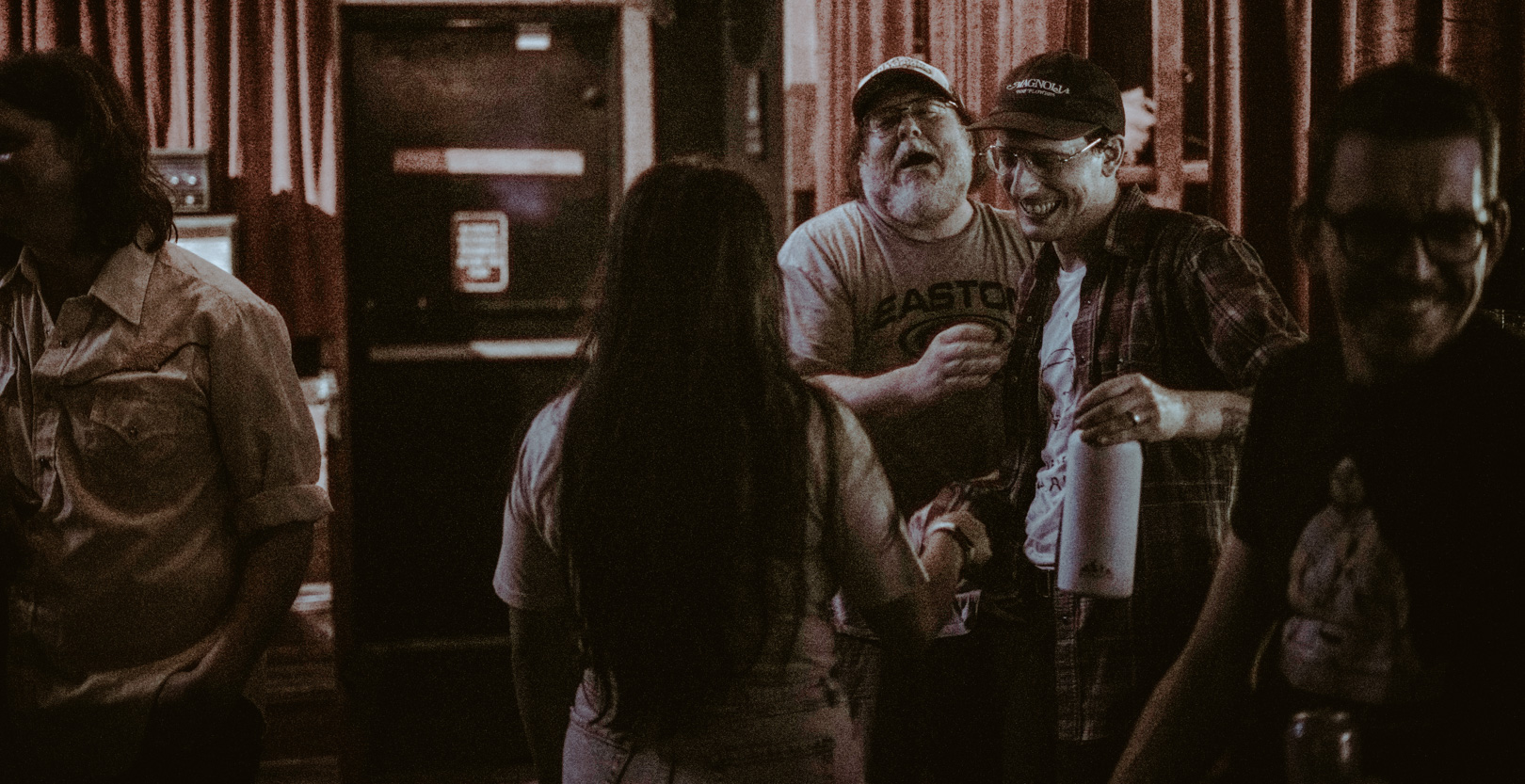 A joyous moment at the end of the night as Cameron Smith gets off stage from playing the last song (solo) from Shine. Photo: Jessica Waffles