Battle Grounds – 1 vs 1 Open Styles and Breaking Battles is hosted every second Thursday at Ruins in the Limbo Room, bringing Dallas street dance culture to the heart of Deep Ellum.

There are open sign-ups for any dancers brave enough to take the stage. Three dance experts are the judges. The event’s host goes by the name SoulBot, who also busted some moves on the stage during the night.

In Open Styles rounds, each dancer got a 45-seconds turn in a one to one battle, which is then voted on by the judges. The Breaking Battles were also one to one, and the dancers got two rounds each before being judged.

Dancers of the night included Angelo “Rock Solid” Salas, Taj “T. Soup” Campbell, Alex “Lex Groove” Geck,  and Adrian “Areté” Ortega. All told, there were over a dozen performers. The venue was full of dance lovers eager to watch the head-to-head battles.

“T. Soup” Campbell also hosts his own Hip Hop Foundation Sessions event Monday 8:30pm – midnight at UTD around the Founders Building on campus for those interested in learning street dance basics and techniques. 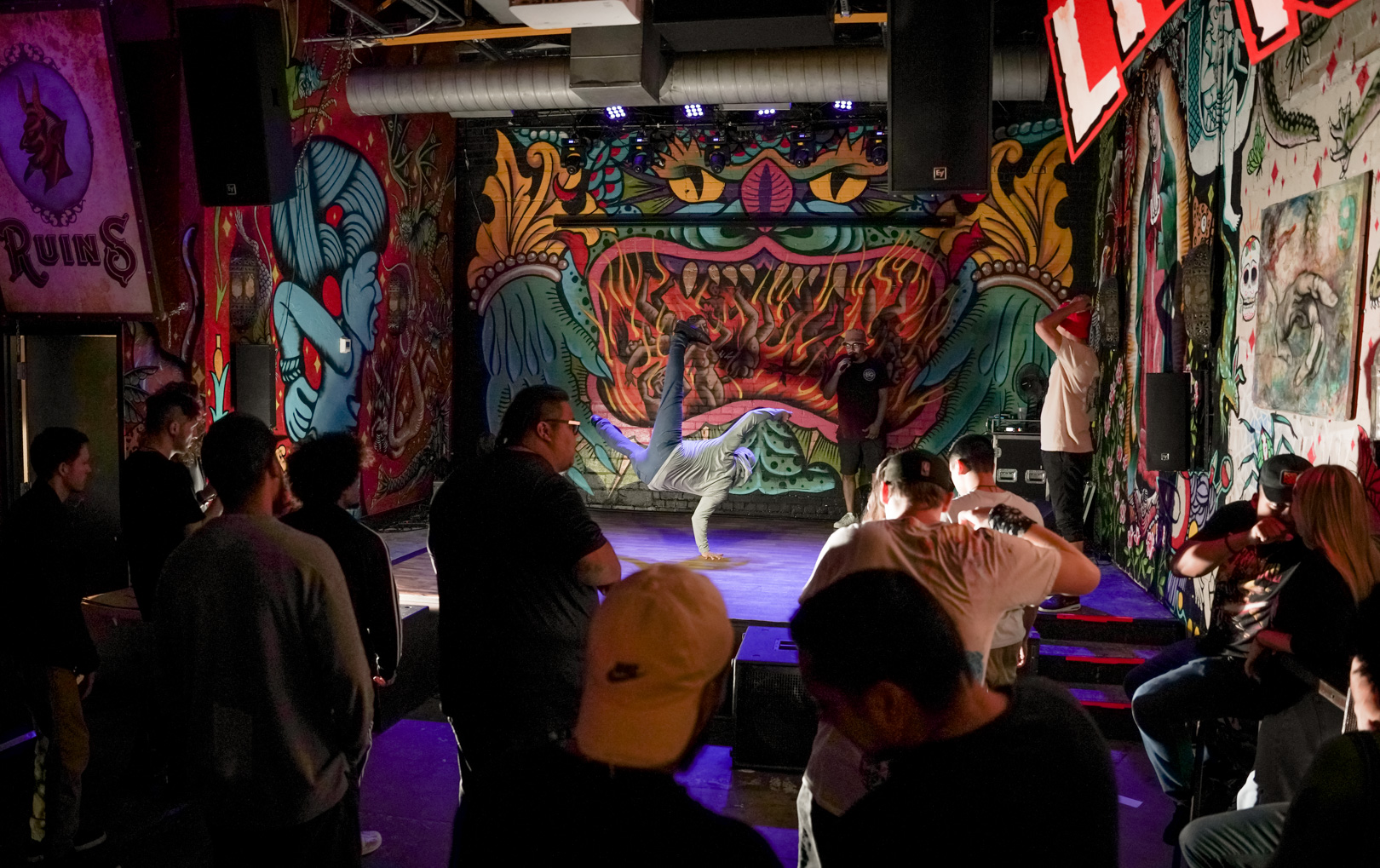 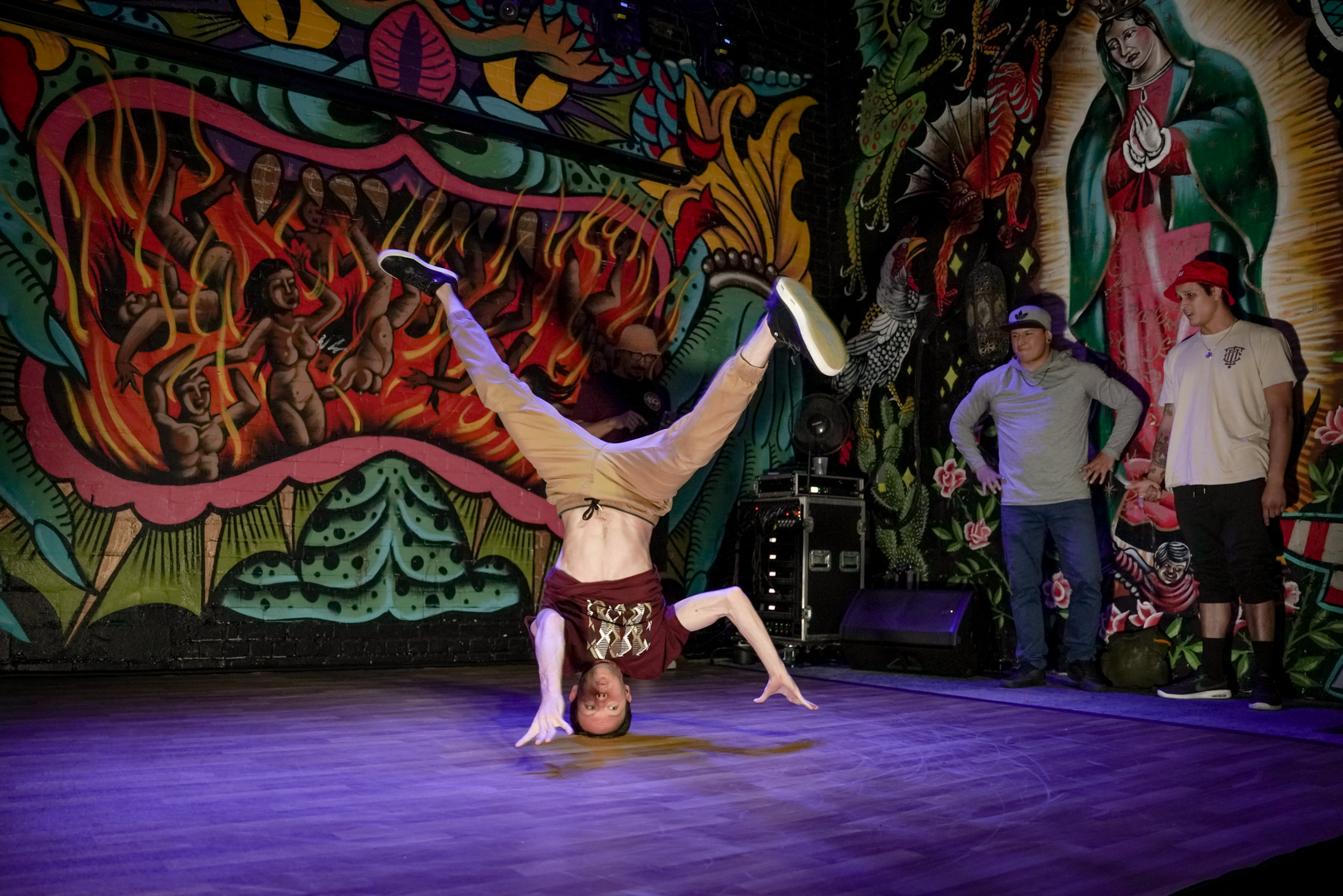 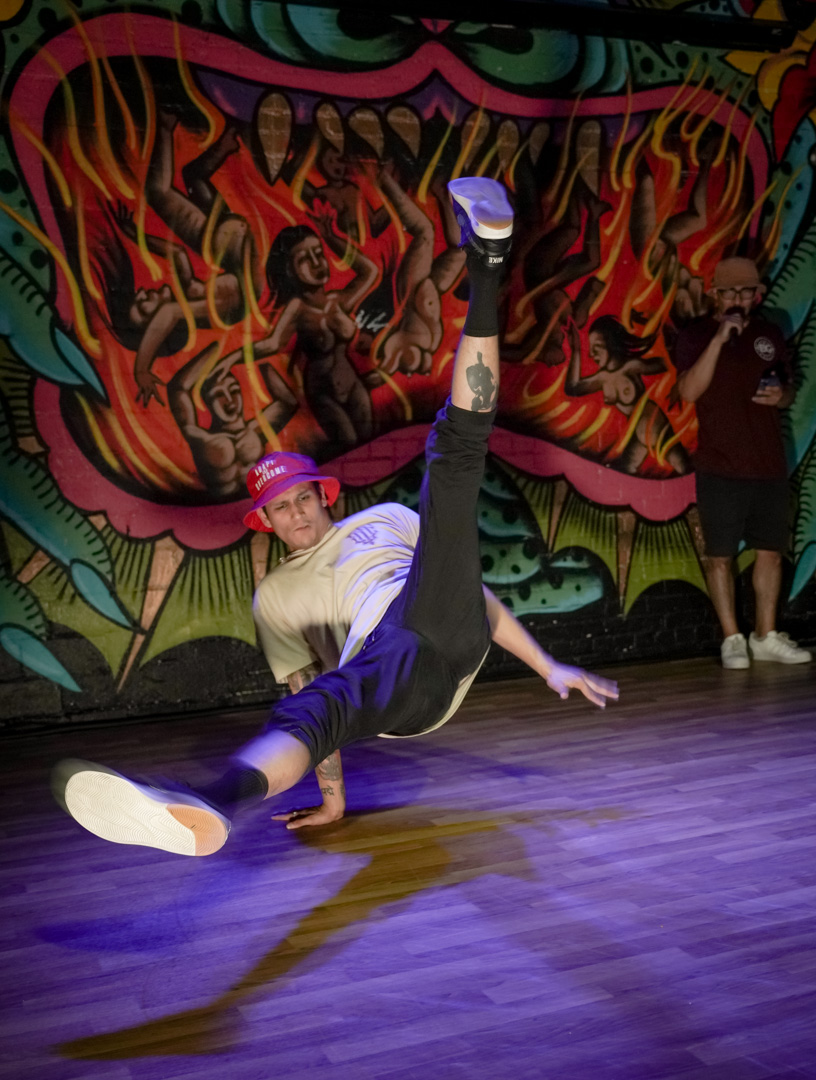 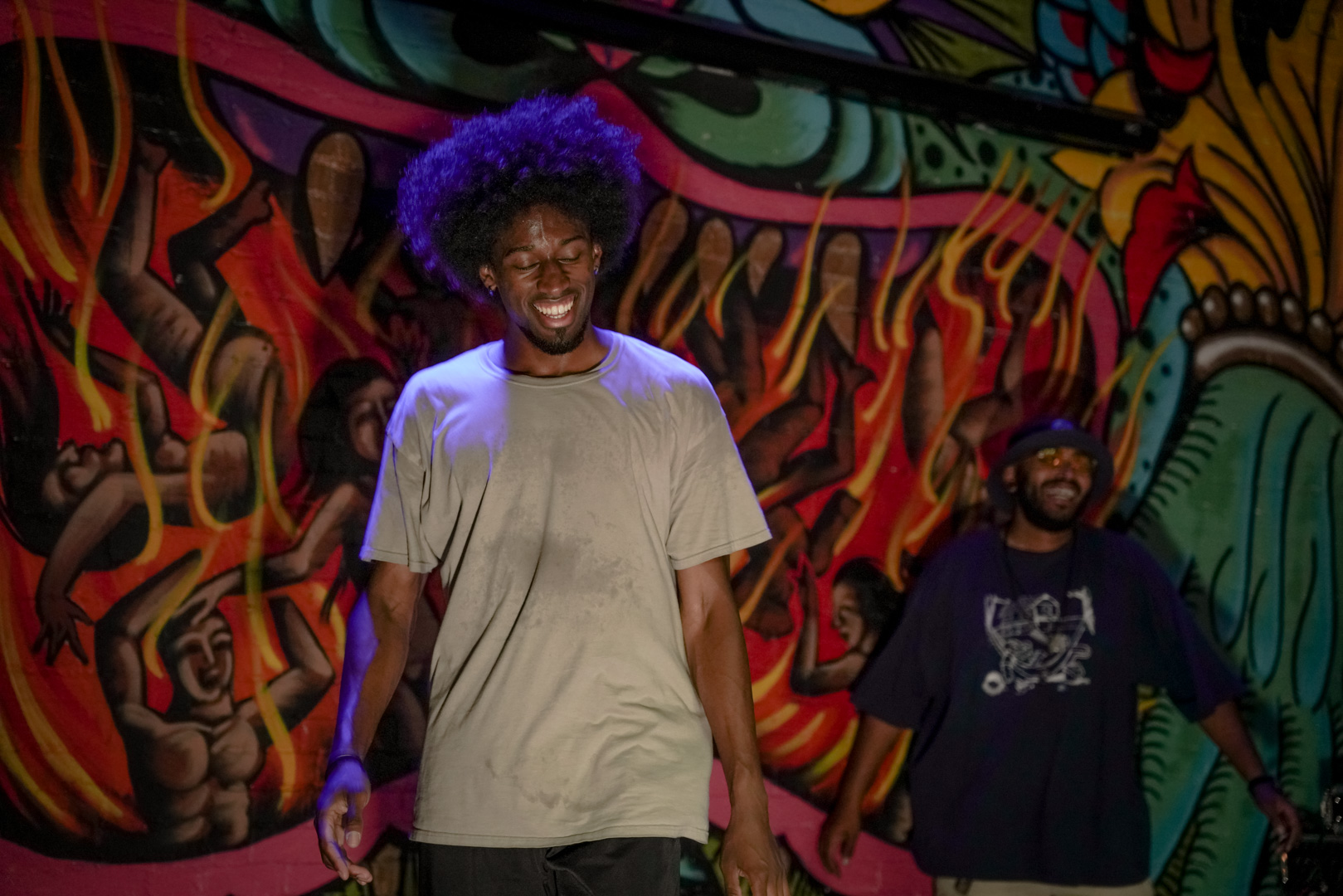 A moment of laughter in a fun-filled night at Ruins. Photo: Jessica Waffles 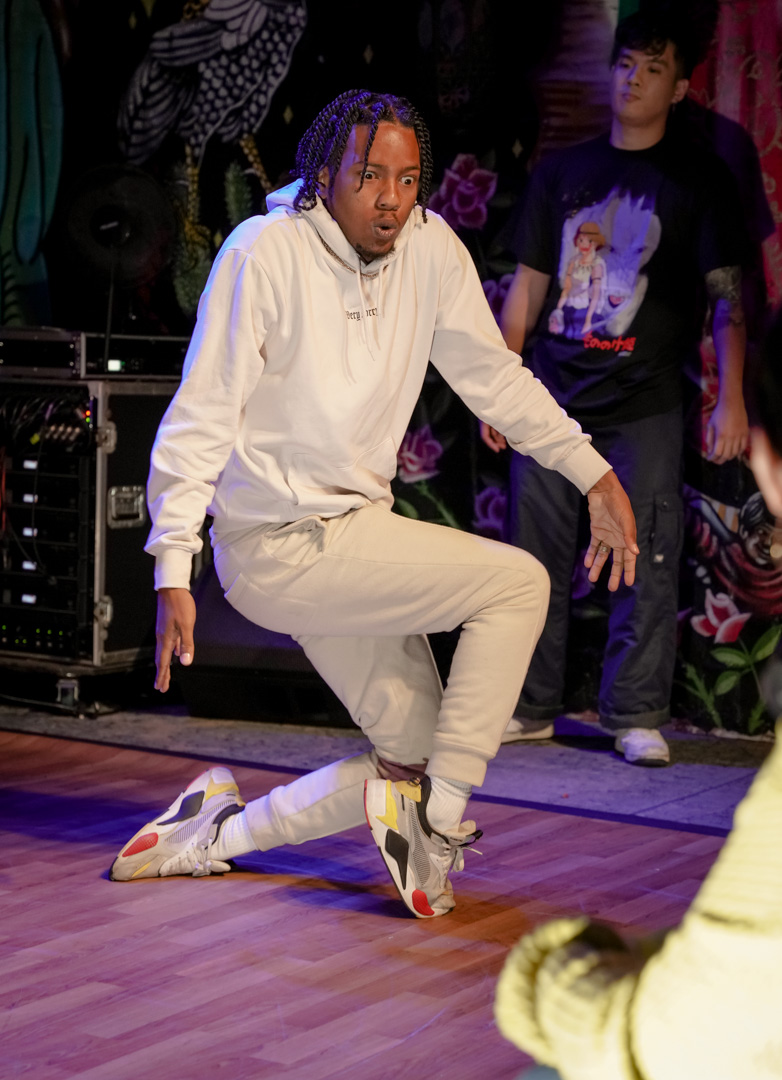 The open styles battle contestants had 45 seconds each to show off their skills. Photo: Jessica Waffles 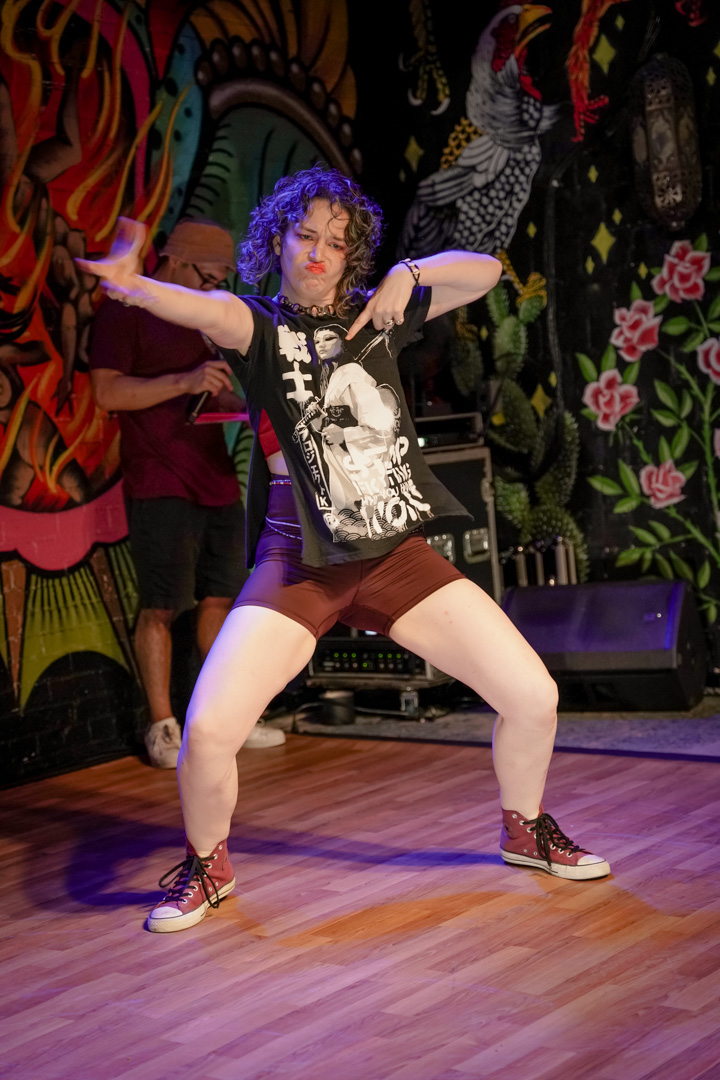 The battles were heated with dancers going head to head on stage at Ruins. Photo: Jessica Waffles 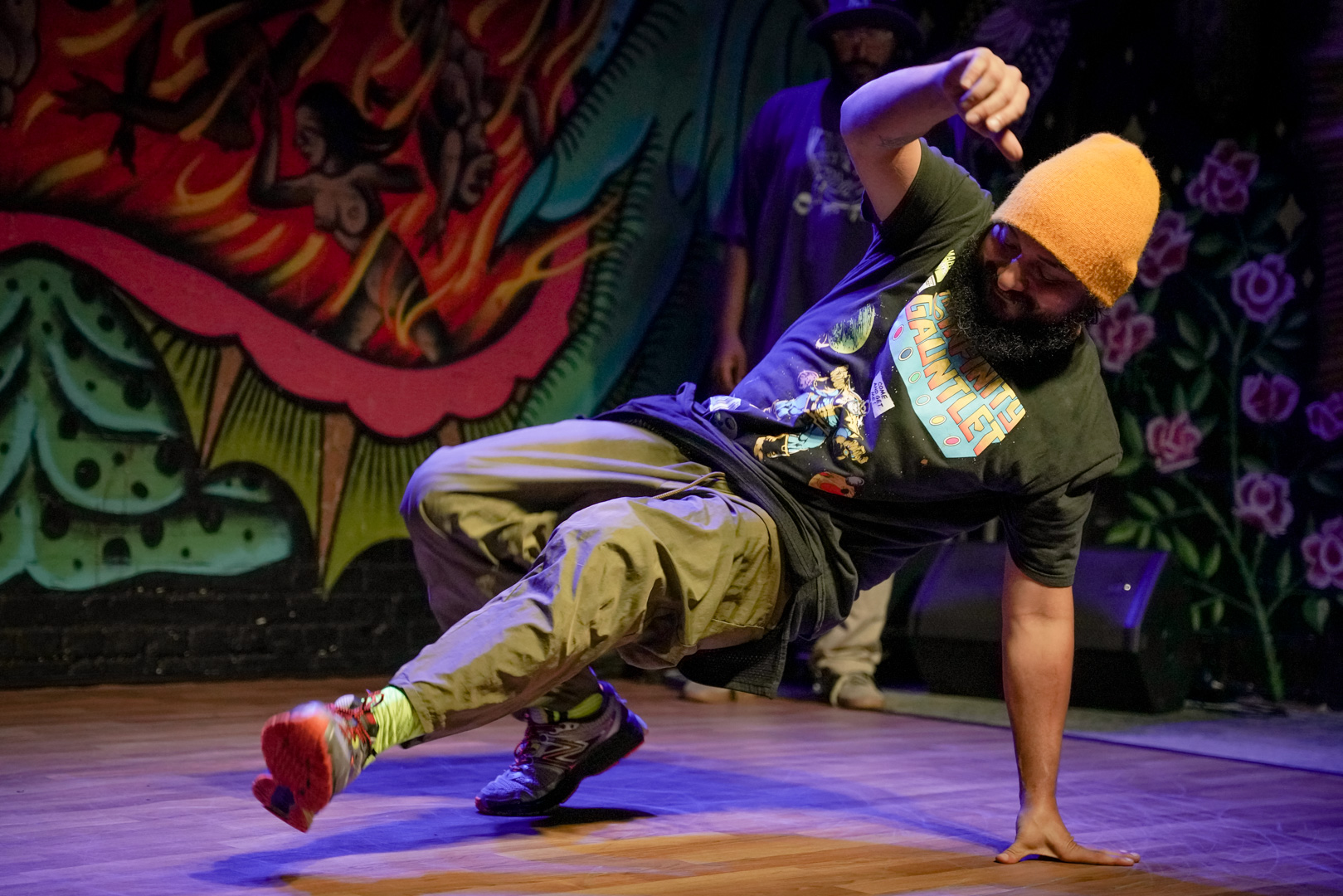 There were many dance style to appreciate during the event, as dancers moved from head to toe to gain the votes of the judges. Photo: Jessica Waffles 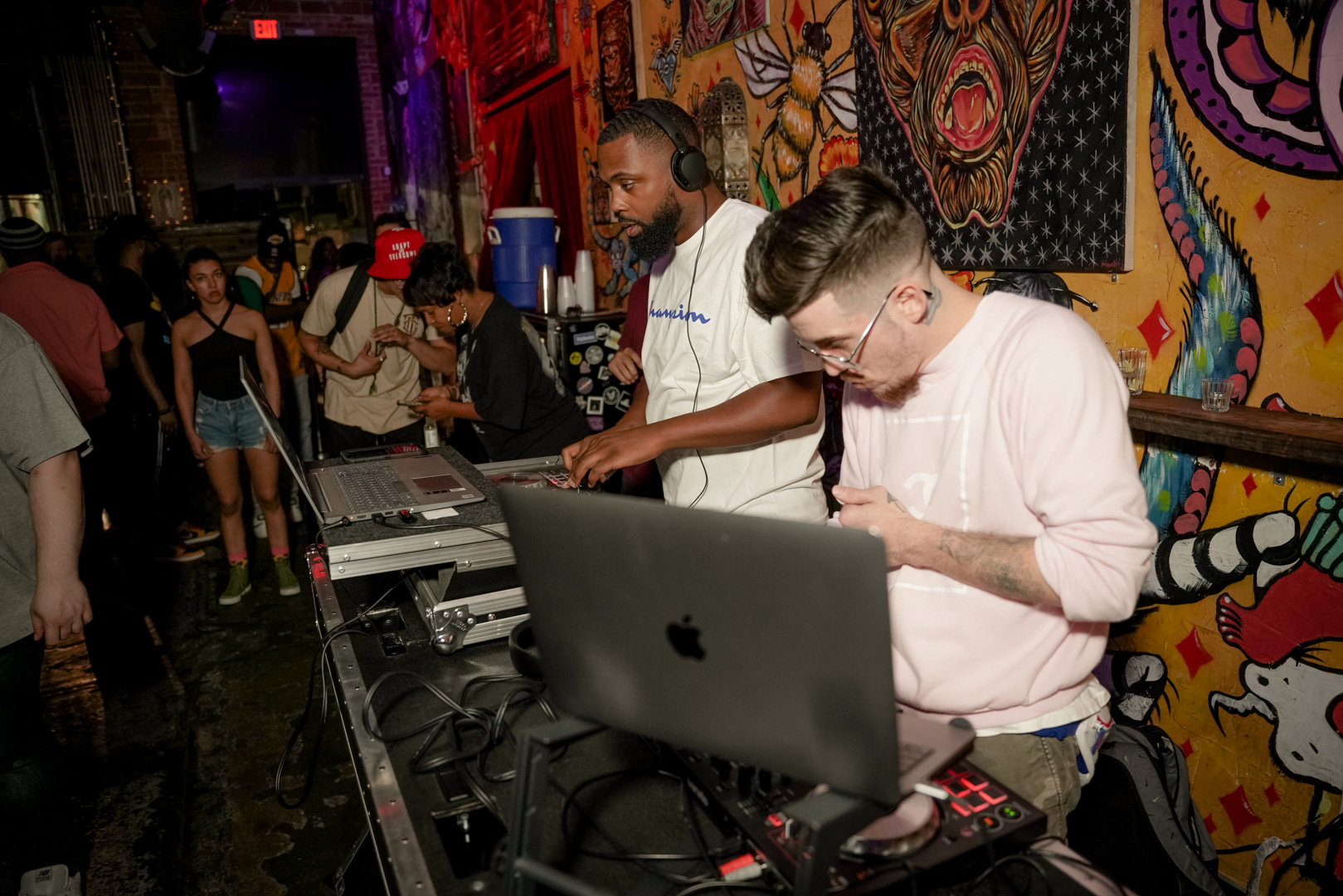 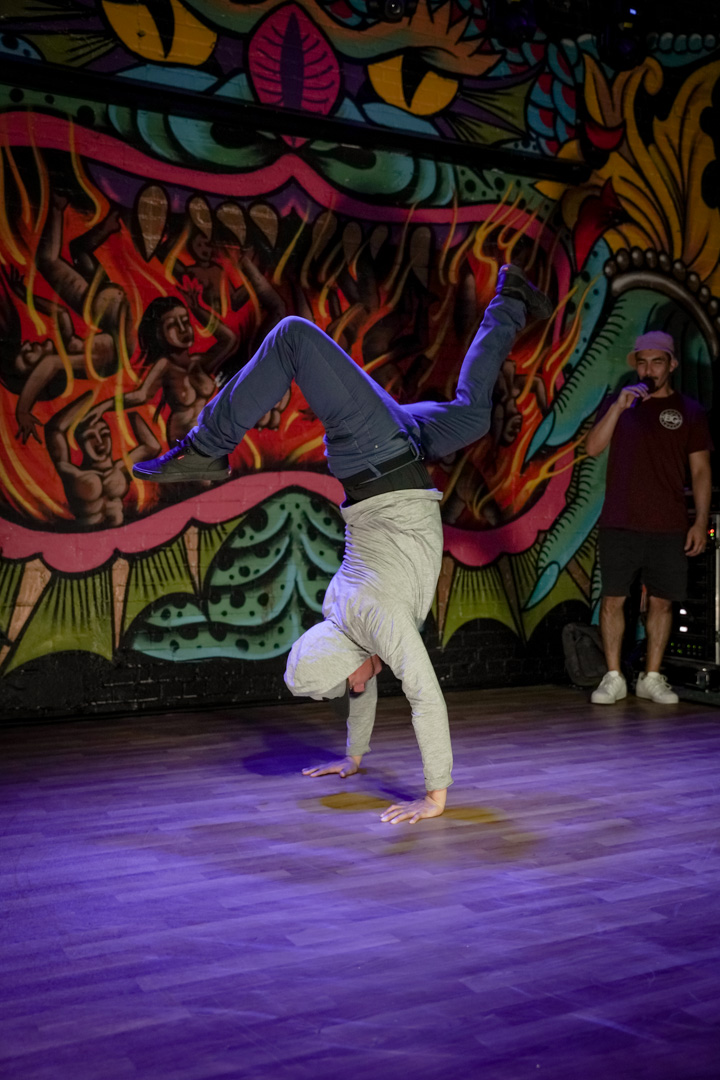 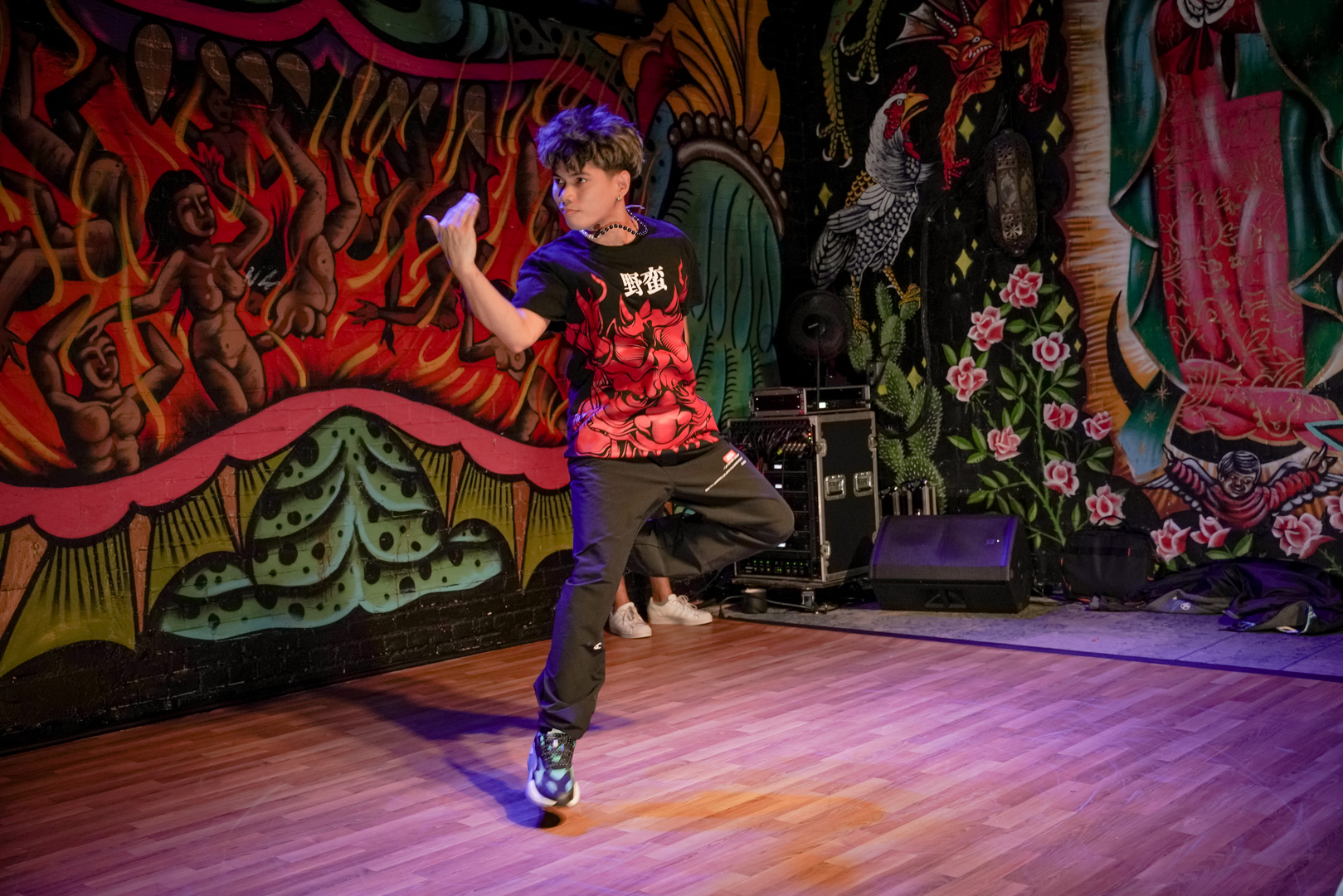 There were three judges for every round, with open styles and break dance styles judged by two different groups of judges. Photo: Jessica Waffles 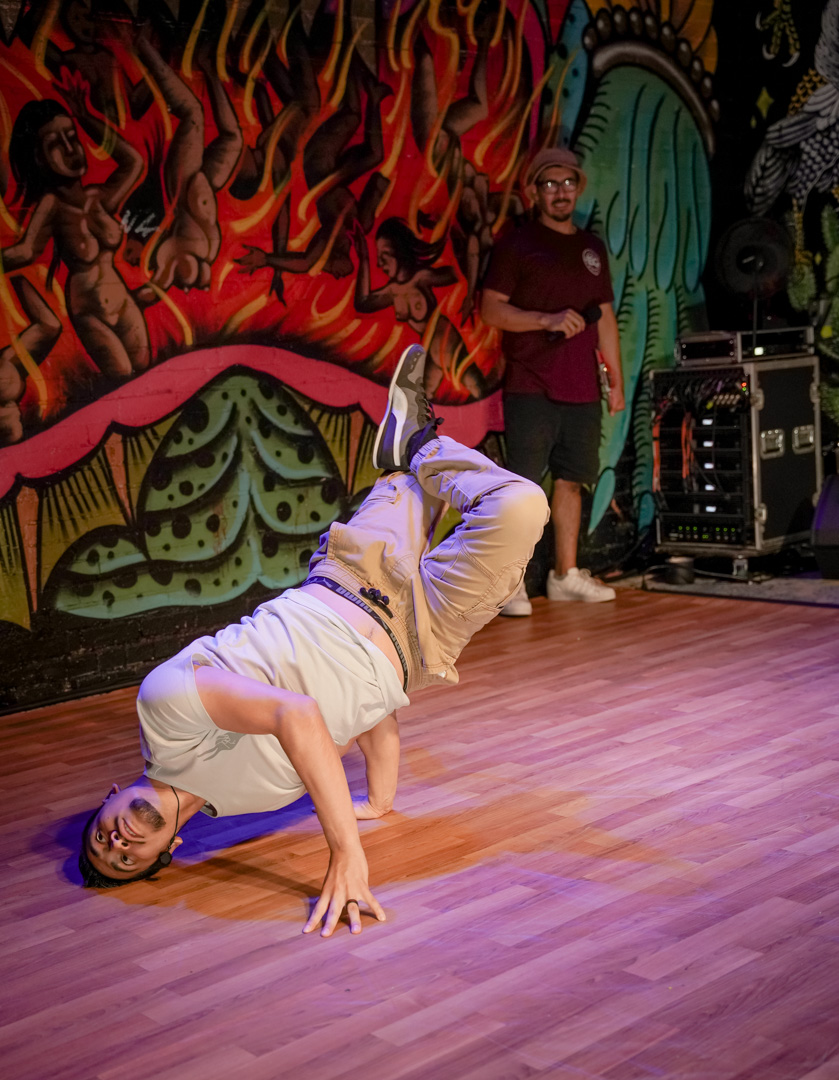 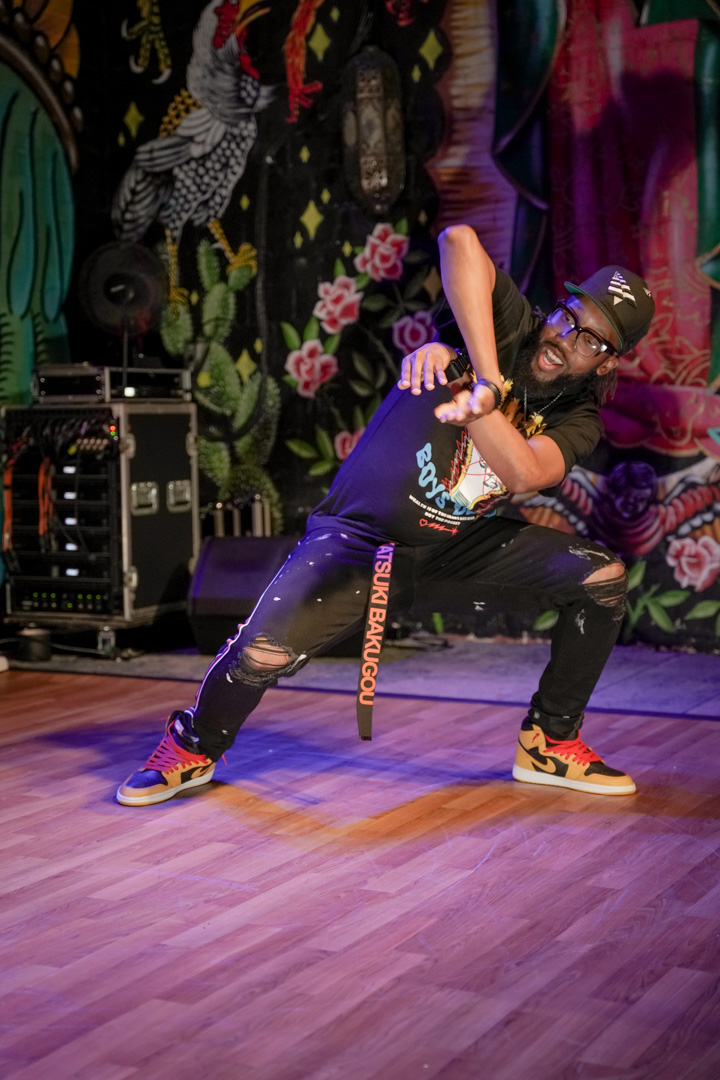 “Open style” battles are open to any style of dance, as long as it helps the dancer stand out and shows off their skills as a performer. Photo: Jessica Waffles 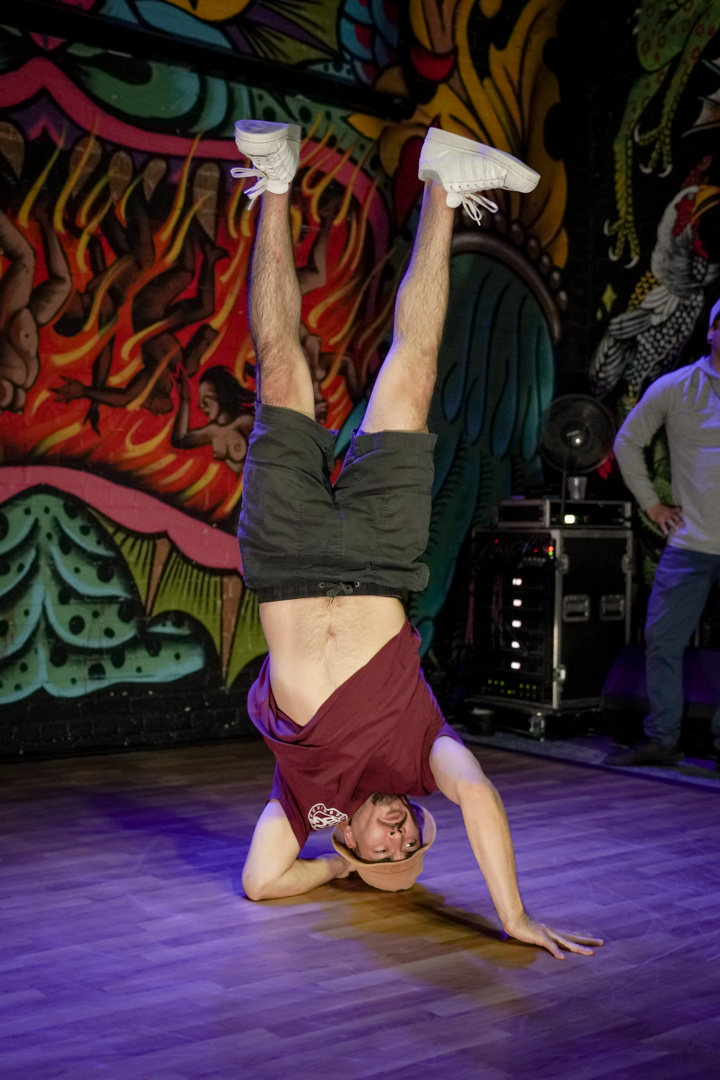 The host of the night SoulBot busted some moves on stage at Ruins in the Limbo Room. Photo: Jessica Waffles 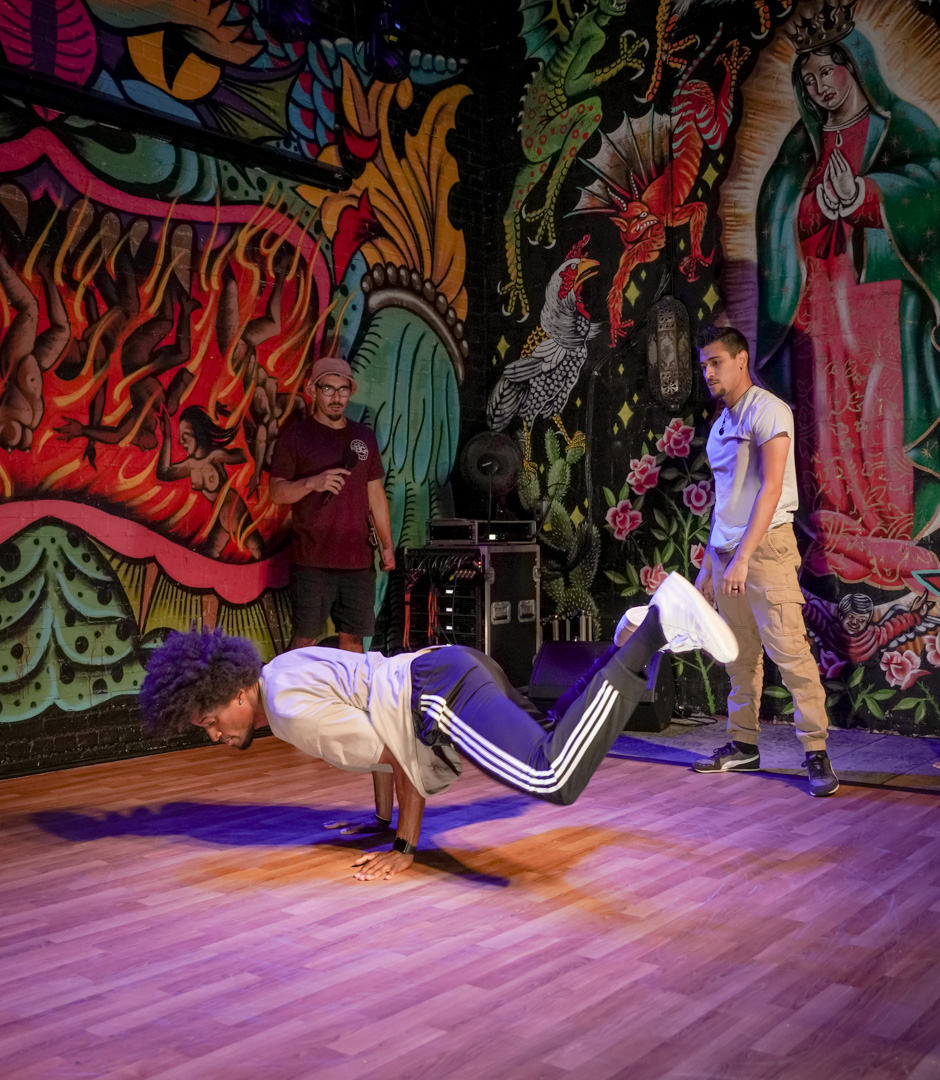