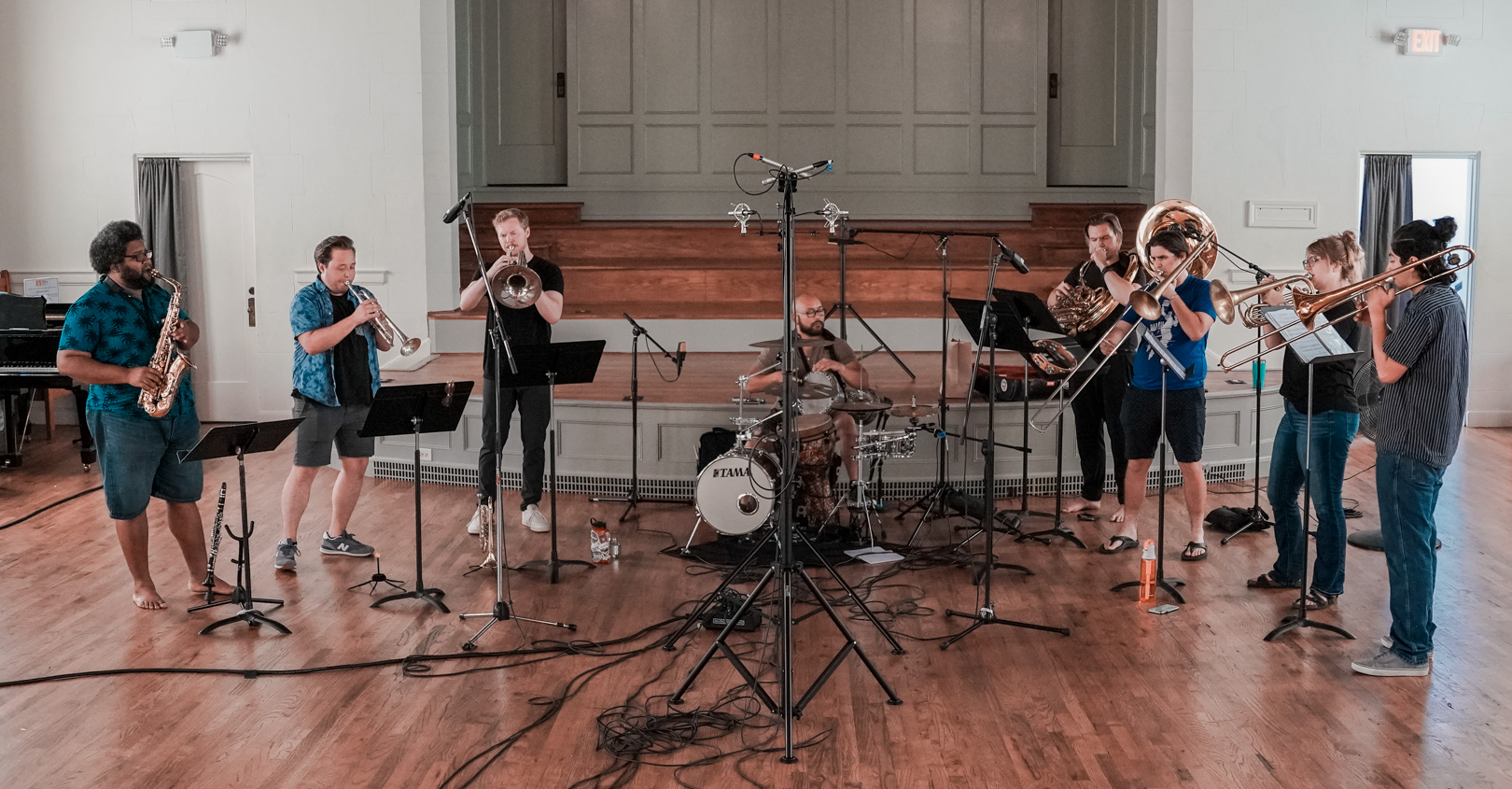 Baba Yaga Orkestar recorded a live audio session inside of what used to be a chapel at Arts Mission Oak Cliff. Photo: Jessica Waffles

The video above includes snippets of three recordings from their upcoming album recorded live at Arts Mission Oak Cliff. The songs are, “Monserrat Serrat,” “Ako Umram il Zaginam,” and “Papriosn.” 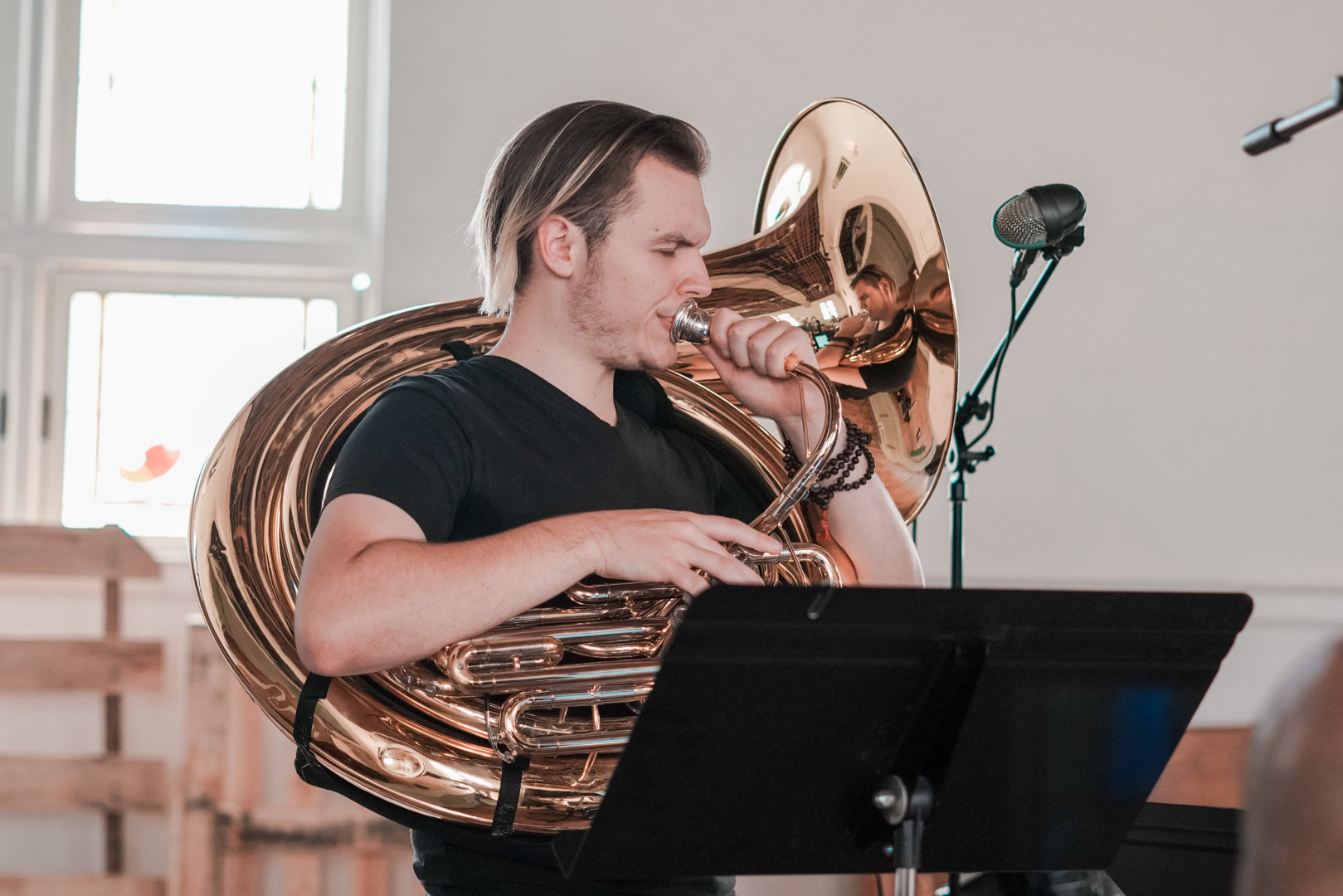 The live record will feature eight tracks, each recorded in what used to be the chapel of the building by sound engineer Nick Patronella. Patronella hopes to record more live sessions like this at the location, encouraging acoustic performers to reach out about the space ([email protected]).

Avery-Jai Andrews, the Associate Artistic Director for Arts Mission Oak Cliff, said that the location has been a community art center and performance venue for about five years.

“Our mission is serving the artist community, filling that gap and giving people an opportunity to create,” Andrews said. “We want to celebrate the community.” 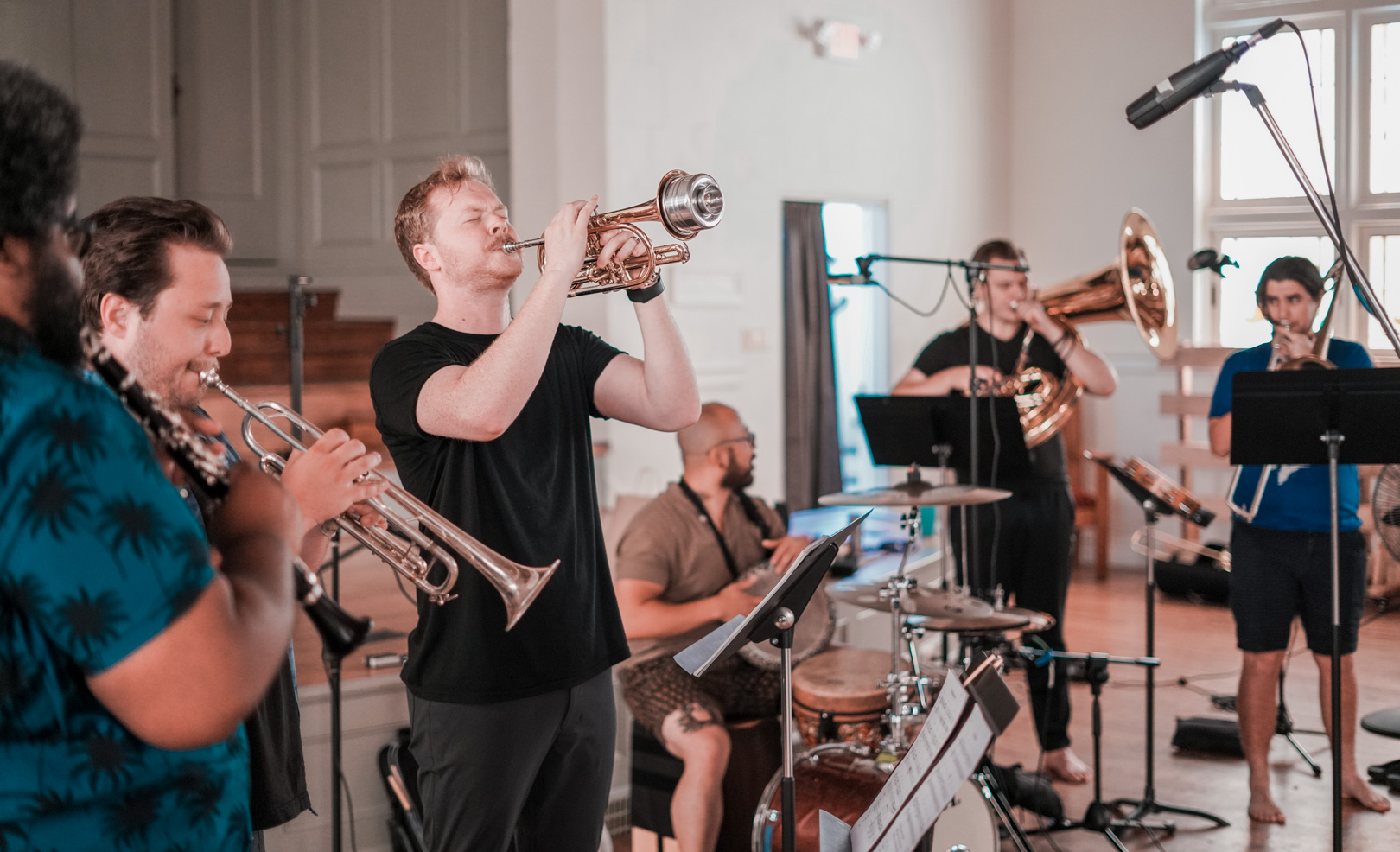 The building built in 1929. It was purchased in 2015 by Todd and Lola Lott, and led artistically by Anastasia Muñoz. “Anastasia is the visionary and dreamer,” Andrews said. “This was her brainchild.”

After two years of renovations and securing permits, Arts Mission Oak Cliff was opened in April 2017. The renovations were developed in a way that was organic to the building, seeking to keep the aesthetic and feel as close to the original as possible. 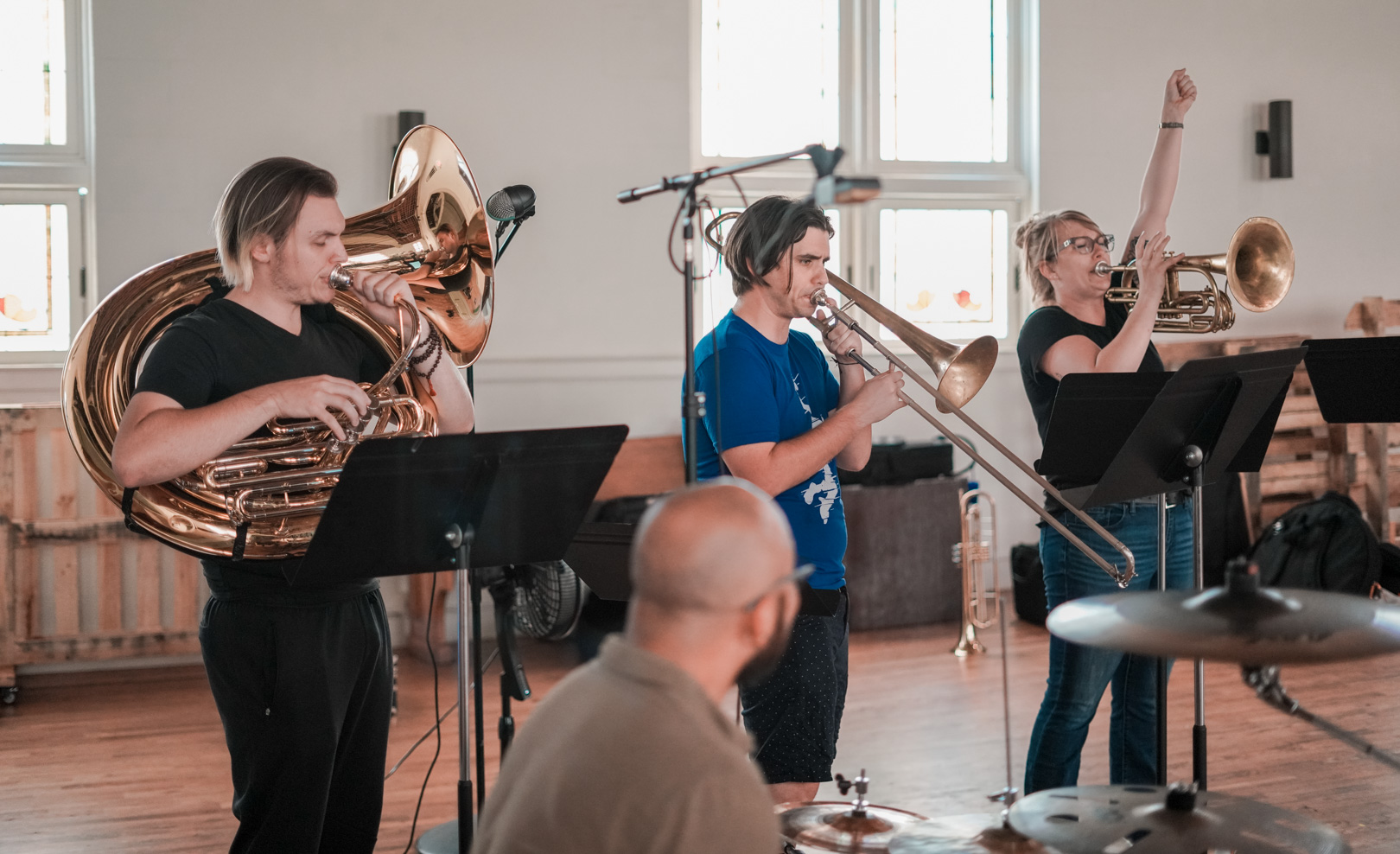 The location was once known as the Winnetka Congregational Church, but has been transformed to a place of sanctuary for artists.

“I had this idea, because I’m an actor and an arts educator, of creating a space where artists could all come together, and pay a little bit of money, and have space that they could share to teach classes, take classes, rehearse, create new work,” Muñoz said in an article by D Magazine when it opened.  “Alongside coworking spaces and desks will be a library, a recording studio, a dance studio, a costume shop, pianos, and a private studio—things that artists need but can’t always afford.” 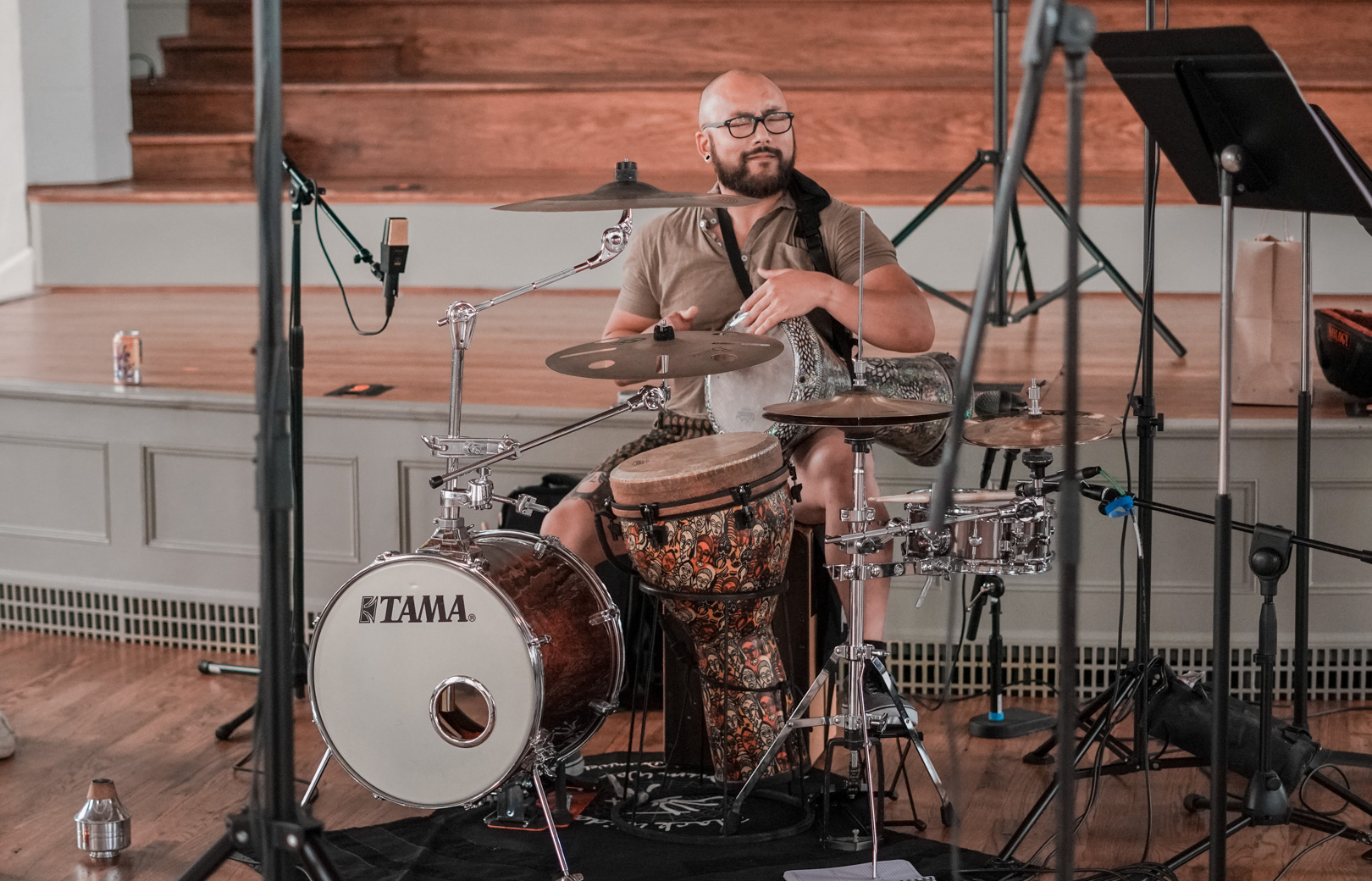 The location has an ongoing Community Gallery Series, which will feature visual artist Tina Medina as the next showcase. Each artist that is featured is required to do 1 month of “community offerings,” followed by 2 weeks of gallery showing time. The offerings are usually a workshop or event of some kind.

Medina’s offering will be a block party on June 25. The series is funded by the city of Dallas, so workshops and the block party are free to the public, though they do accept donations for the cause.

“We recently became nonprofit during the pandemic,” Andrews said. “We realized we were servicing the local community and the nonprofit model allowed us to apply for grants.” 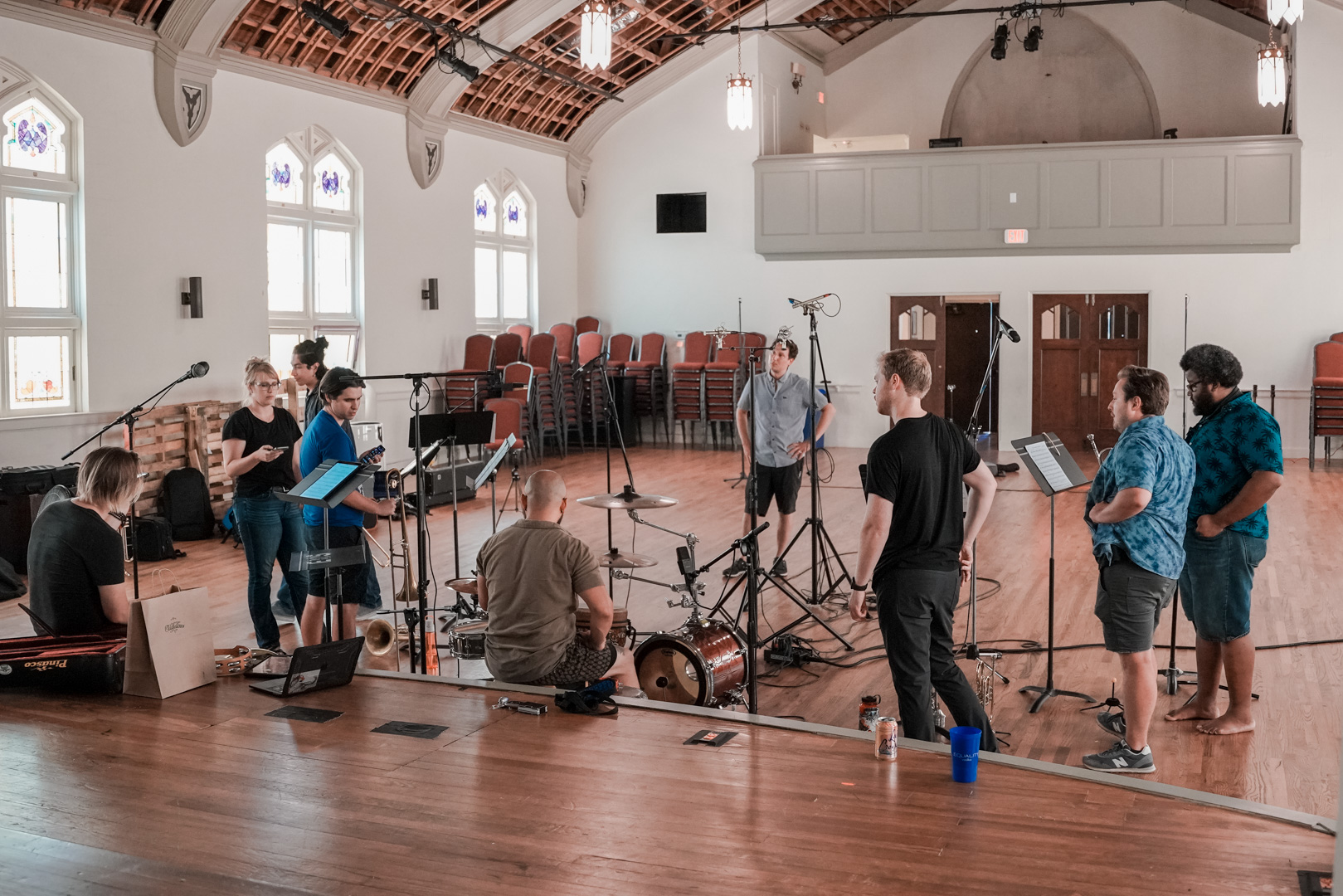 The band deliberates before the next take at Arts Mission Oak Cliff. Photo: Jessica Waffles

The calendar at Arts Mission Oak Cliff is filled with creative events and programs. Learn more about renting space or general information on their website.

If you’d like to check out the wonderful Baba Yaga Orkestar in person, they will be performing at the Dallas Farmers Market on June 18 from 11am – 2pm. The band also performs under the name Oom-Pah Daddies during Oktoberfest season, including at Addison Oktoberfest September 16 & 17, with additional polka songs and members. 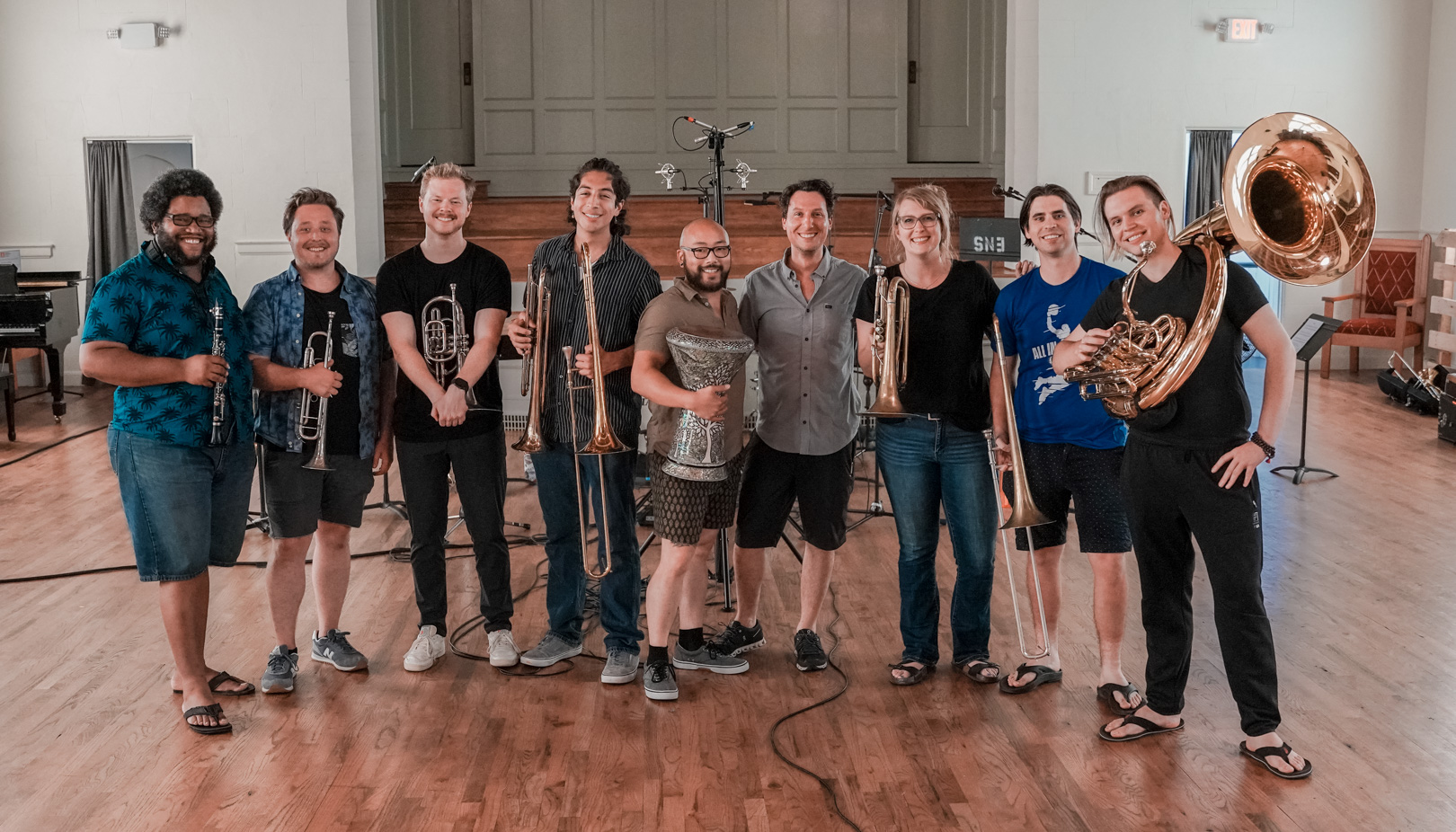