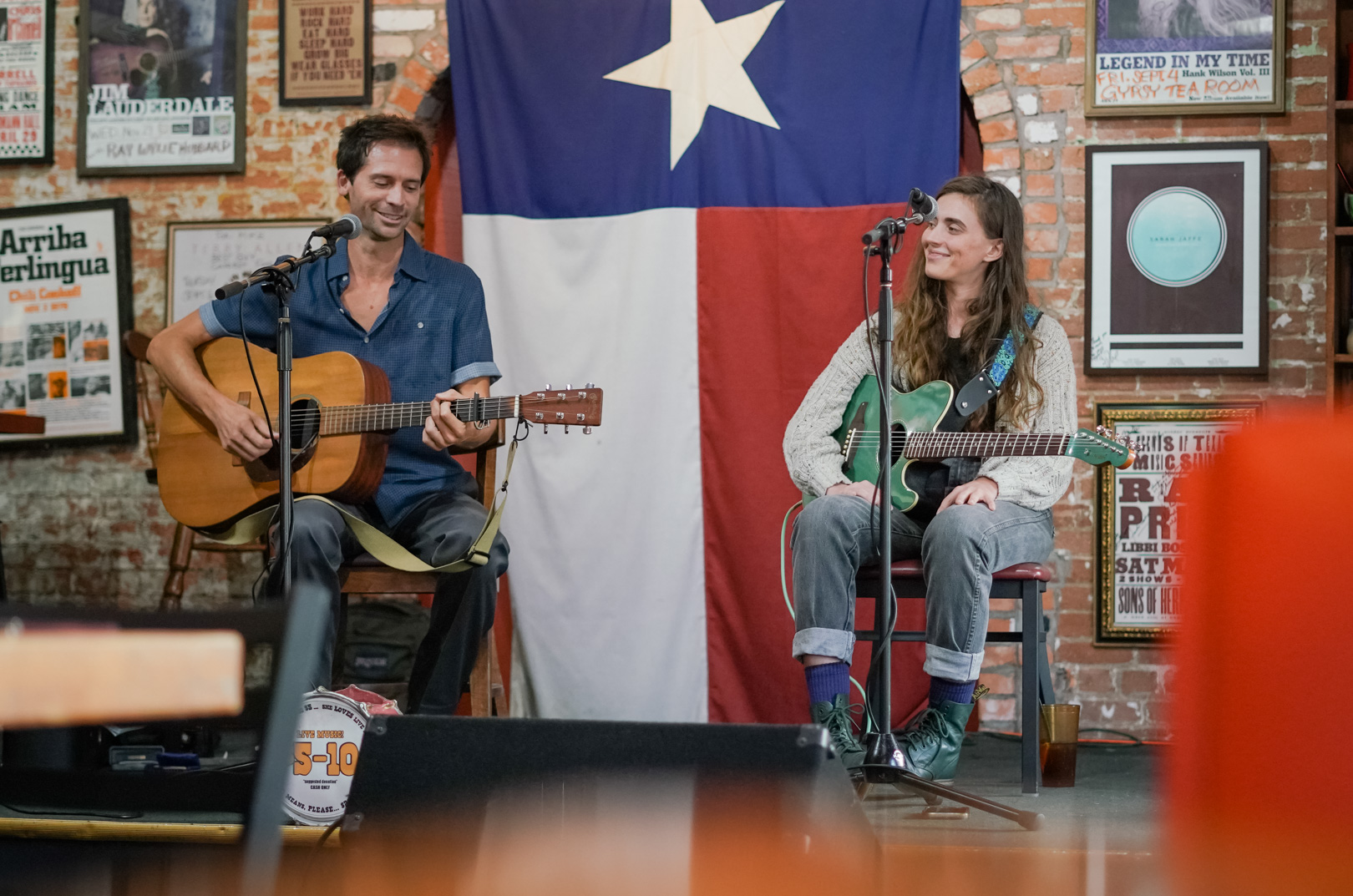 AllGood Cafe in Deep Ellum is known for hosting talented local musicians on their indoor stage, coupled with the sights and smells of their Southern-style menu that includes the “World’s Best” Chicken-Fried Steak, a savory meatloaf, smothered pork chop, biscuits and gravy, and Tex-Mex dishes to boot.

Last week, Sean Foster and Jenna Clark swapped songs for the evening – delivering originals old and new for the audience. 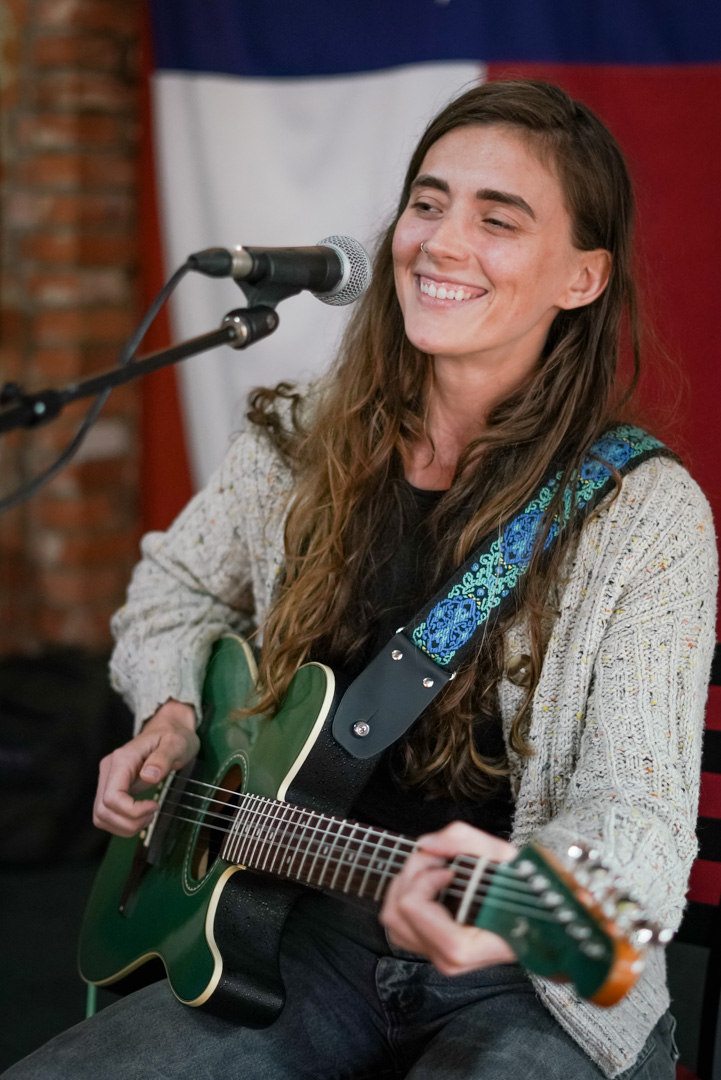 Clark released her first singles “Fifty Years” and “Graceless,” in 2017 and 2018 respectively, followed by her 9-track self-titled album in 2018. Her 2019 EP Ten O’Clock in the Morning featured her unique combination of country, blues, folk and jazz that comes through in her music. It can be hard to pinpoint her style, but her musical tendencies can make a listener feel connected through her soul-bearing lyricism.

“I write music to connect. Particularly lately in writing from a more universal perspective, my favorite moments are in seeing other people make connections with the songs,” Clark said. “I hope to make people feel like the songs were written for them. In a way, they were.” 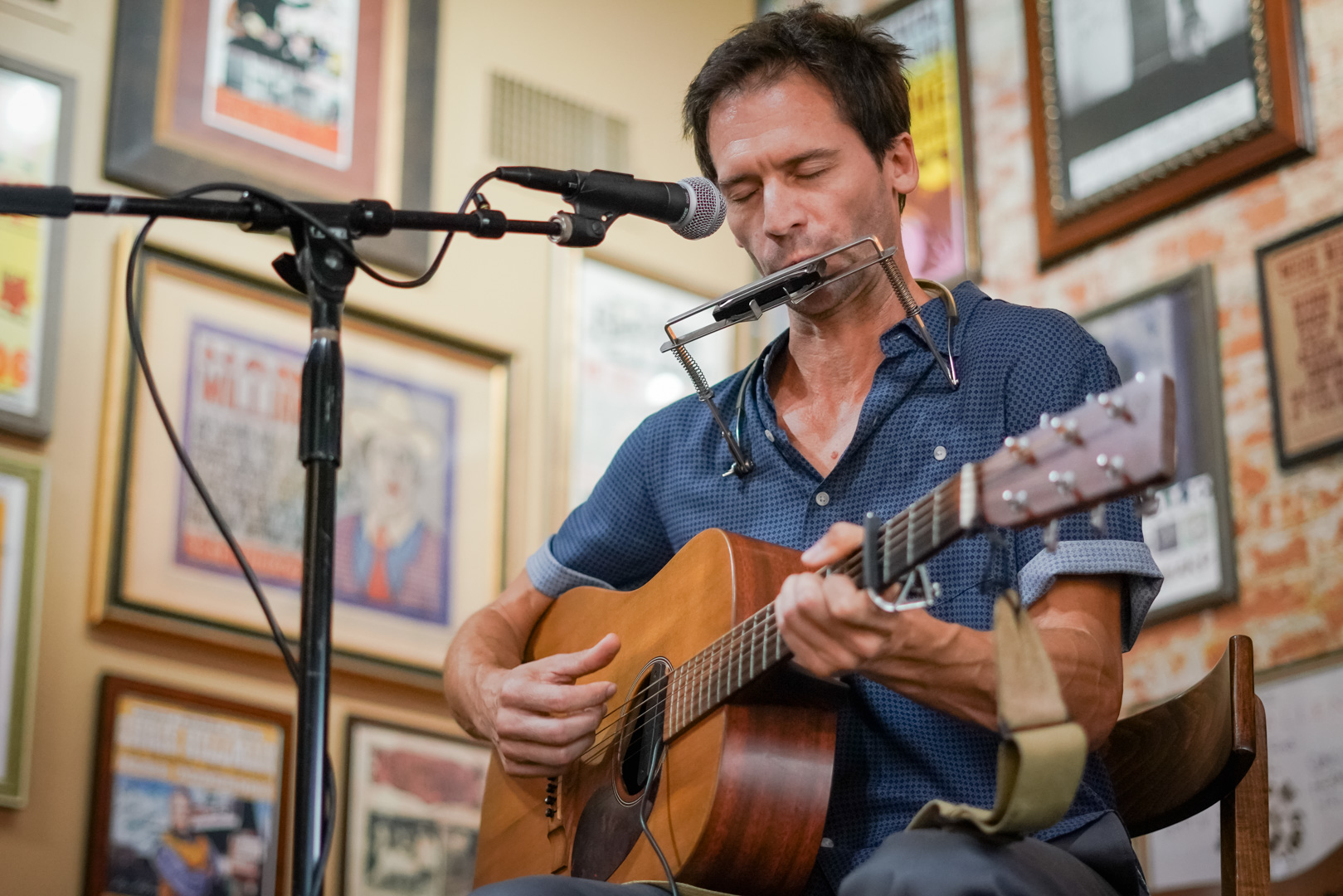 Sean Foster made his return to the stage after a 2-year hiatus at AllGood Cafe. Photo: Jessica Waffles

Foster recently returned to Texas after spending two years as a long-haul truck driver, and his performance at AllGood Cafe was the first since he’s been back in Texas.

Foster’s sensitive lyrics paired with gentle fingerstyle playing are reminiscent of Neil Young, weaving stories of love and lessons learned. His soft-spoken singing is comforting like a cool breeze on a warm day sitting by a lake watching the clouds drift over you.

“I love writing / working on a new sonf,” Foster said. “While performing, there’s also that energy and connection you get with an audience of person when it’s flowing an working right.” 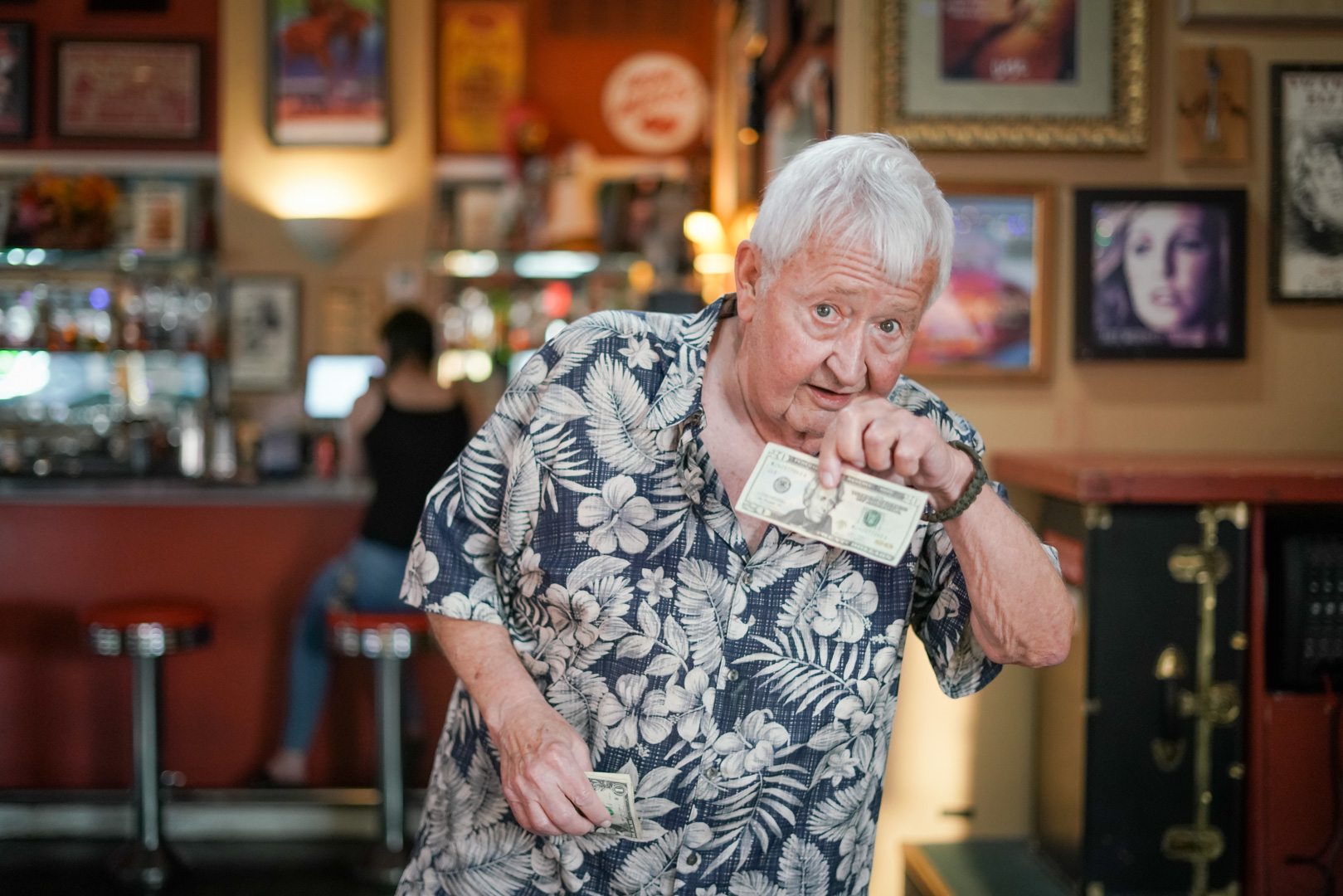 AllGood Cafe owner Mike Snider demonstrates to the audience how to tip the musicians during a show. Photo: Jessica Waffles

Both Foster and Clark are currently working on new music releases. Foster’s goal is to have his debut album out by the Summer of 2023.

As for Clark, she has been recording at Cloudland Recording Studio in Fort Worth, and just finished mixing her upcoming full-length record called West to Dallas.

“I expect at least a single release later this year,” Clark said. 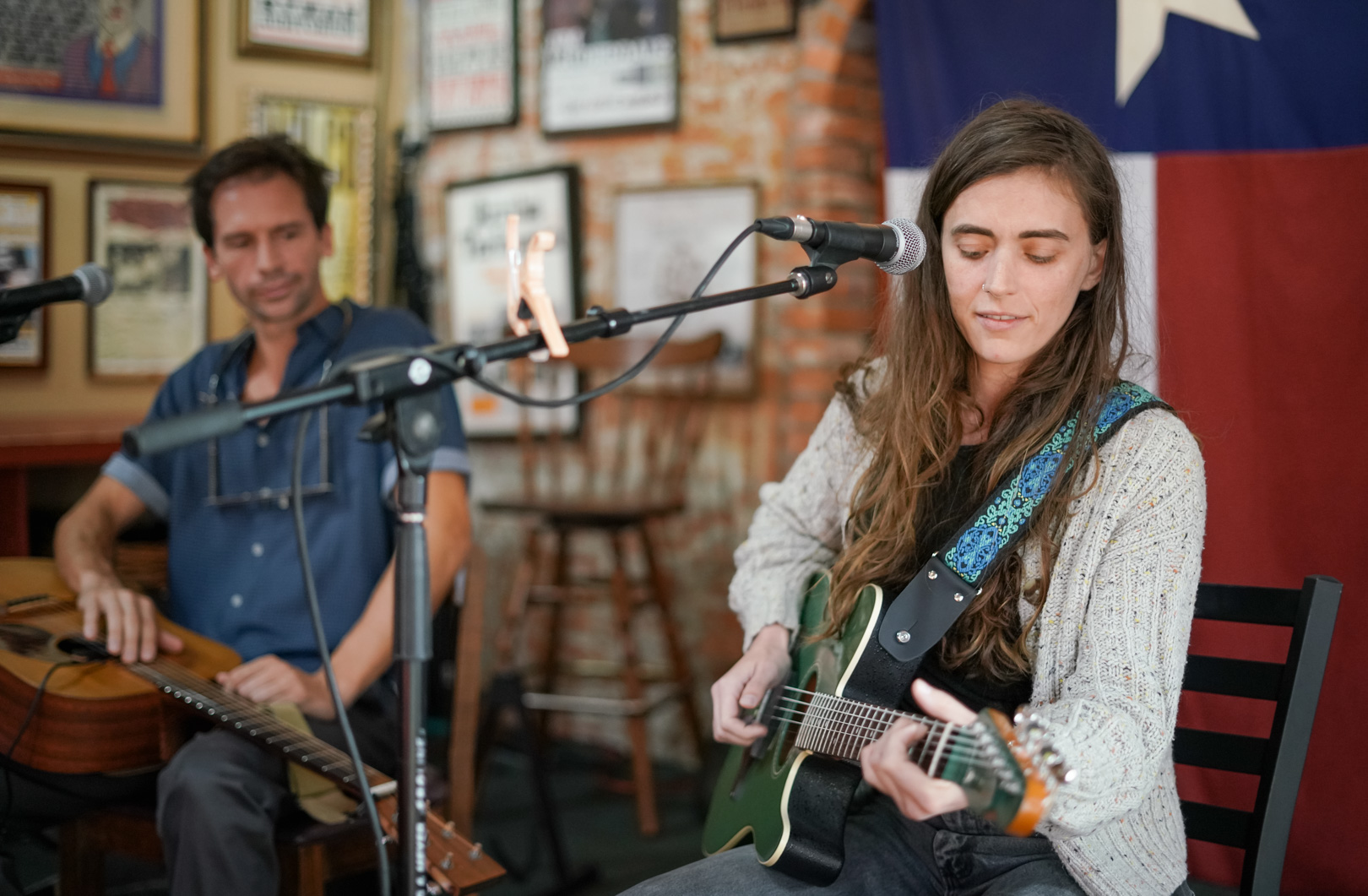 Clark can be found at her monthly residency at Three Links in Dallas every third Saturday 2:00pm – 5:00pm.

The list of upcoming shows at AllGood Cafe, including Tippy Balady, Salim Nourallah, The 40 Acre Mule and New Bohemians, can be found on their online calendar. 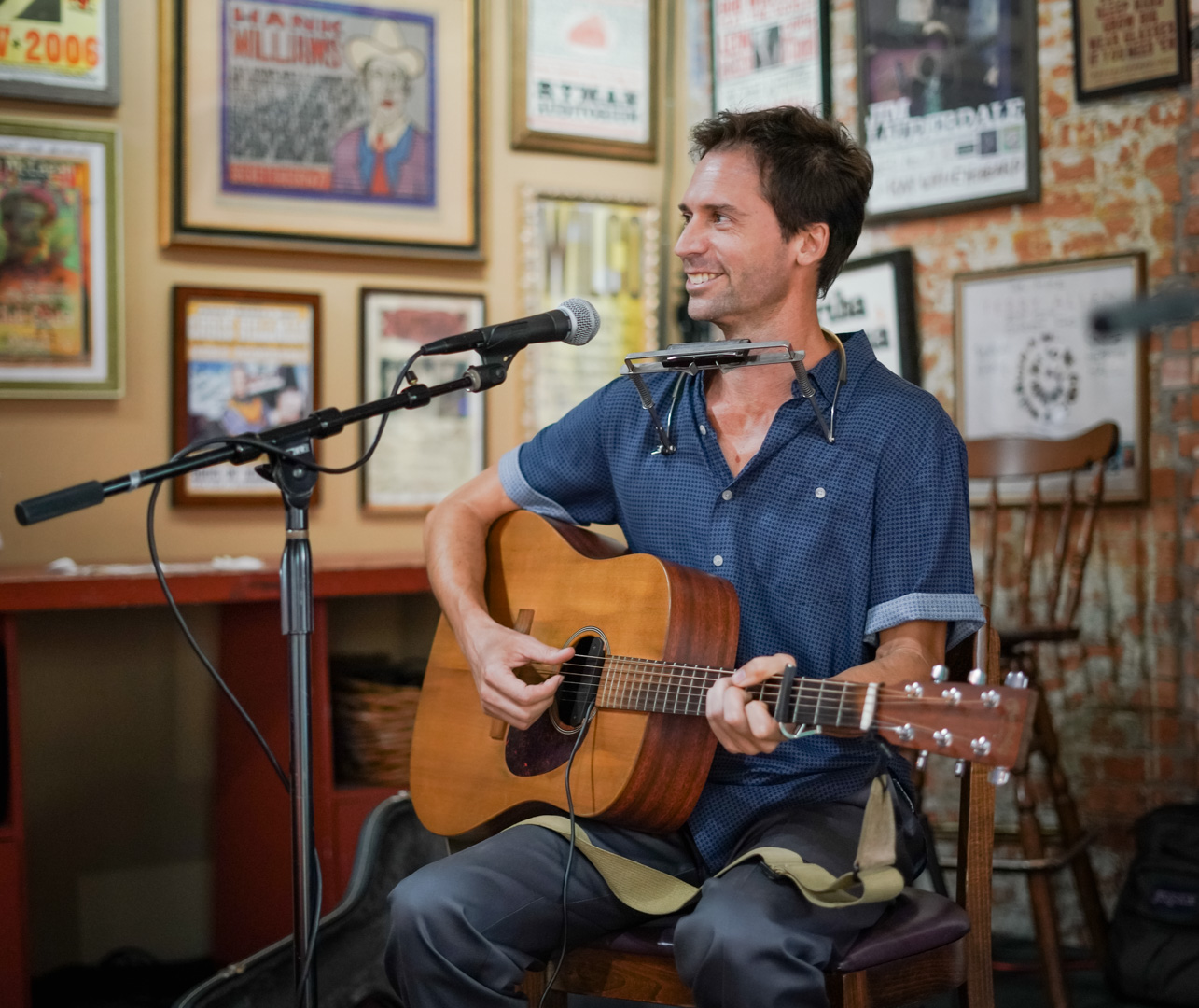