Gaika James was born in New Orleans and moved to Lawton, OK when he was just 6 years old – picking up the trombone early in life during elementary school. By age 14, he moved to Addison, TX and ended up studying music at Weatherford College, UNT and UTA.

He found inspiration from artists like saxophonist Eddie Harris (writer of “Freedom Jazz Dance“) and trumpeter Miles Davis, recalling that they were playing experimental music that pushed the boundaries of the traditional jazz sound in the ’60s and ’70s.

James plays “space jazz” using his trombone hooked up to various modifiers, including a wah pedal, harmonizer, and delay pedal – giving his music an out-of-this-world feeling that is the signature of his weekly residency in Deep Ellum called Spaced Out Mondays.

The group that plays on Mondays is called GJQ aka Gaika James Quintet. The video above includes Alcedrick Todd on trumpet, Wade Campbell on bass, Dwayne “Gummi Bear” Berry on drums, and Ethan Ditthardt on guitar. 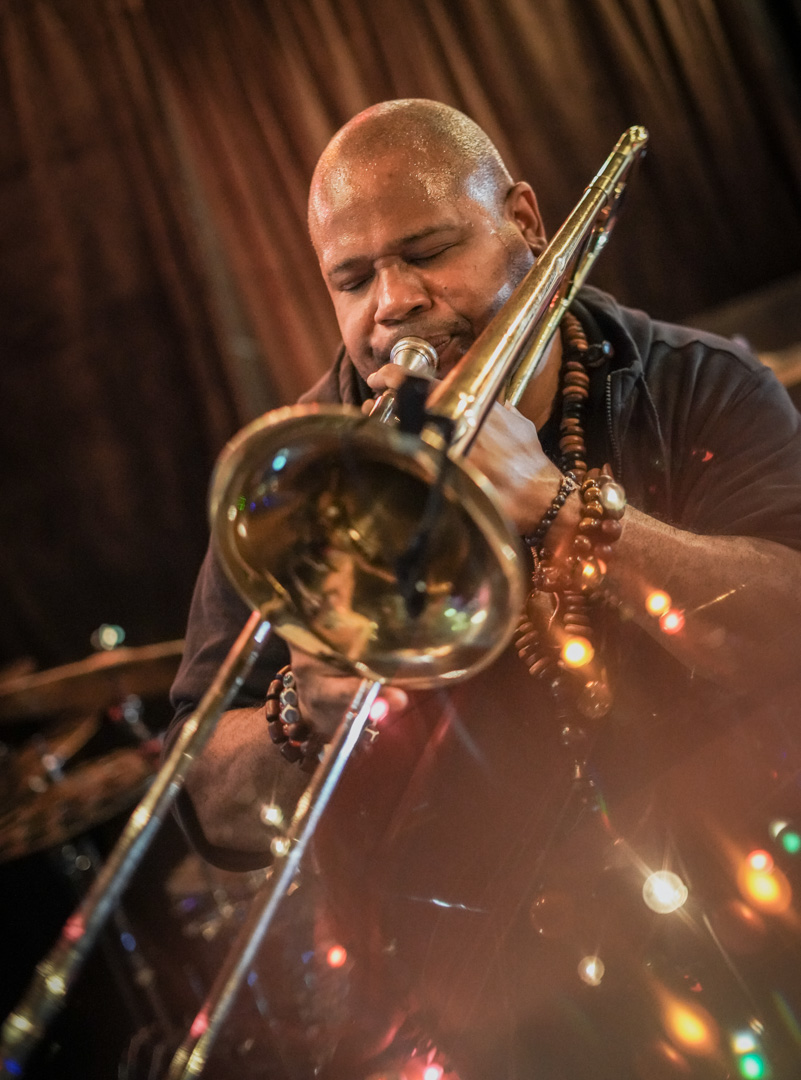 Gaika James is the leader of GJQ (Gaika James Quintet). Photo: Jessica WafflesJames spent four months in China in 2017, playing in a scaled-down version of the Big As$ Brass Band in Shanghai. When he returned to the states, that’s when the ideas started to come together and he began the experimentation process.

“I’ve always kinda had a thing in my head of how I was going to do it,” James said. “I wanted everything to sound as alien as possible.”

He cites a couple of local musicians that had done similar things before him, including trombonist Chris Curiel. “He had his group Mad Swirl. He would basically have one effect at a time, distortion or delay. I wanted to combine more together.”

You can catch GJQ every Monday night from 10:00pm – 1:30am at The Free Man on the Frenchman side. They will also be playing a show at Revelers Hall on July 1.

“It’s something that can broaden your listening palette,” James says. “Come out have a good time, explore the furthest reaches of the cosmos.” 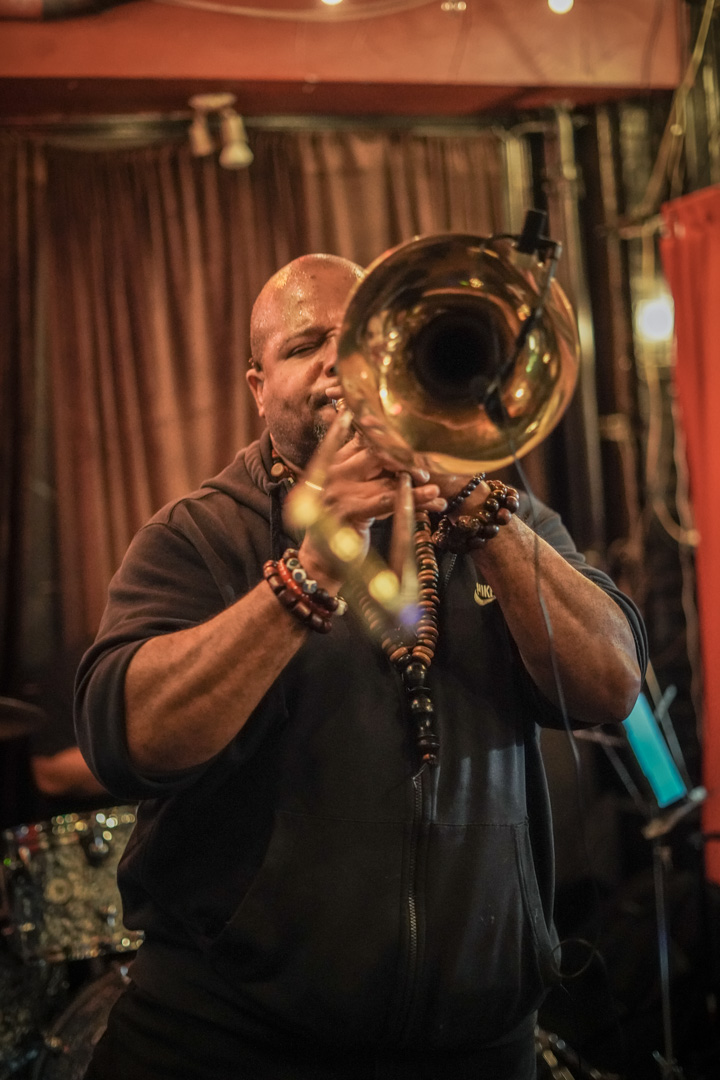 GJQ plays “Spaced Out Mondays” every week at The Free Man in Deep Ellum from 10:00pm – 1:30am. Photo: Jessica Waffles