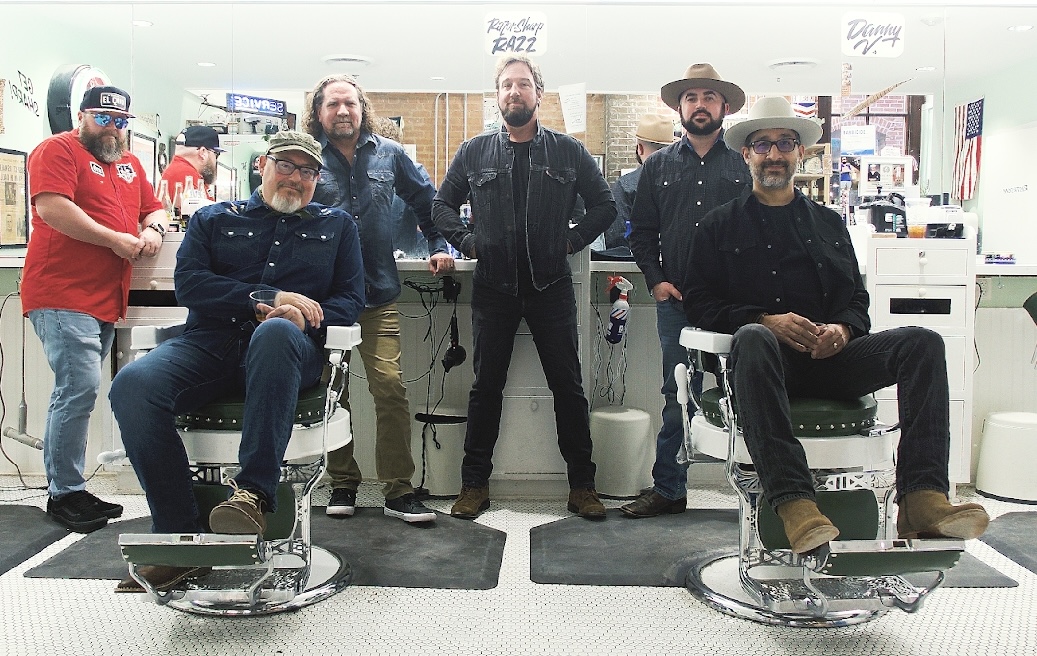 This time around, business as usual wasn’t going to cut it for Left Arm Tan.

The Fort Worth-based band, which has a dozen years and, to date, six albums under its collective belt, found itself — like nearly everyone — battered by the events of the last two years, whether dealing with mortality, apathy or futility. Whatever the future held, Left Arm Tan knew it couldn’t just approach its music the same way.

“In 2020, the Left Arm Tan [self-titled] album … that came out two months before the pandemic,” said guitarist-vocalist Daniel Hines during a recent conversation. “It was clearly a high point for us — it was everything that we had to say in the Americana genre. Then the pandemic hits, and it felt like to write another album with the typical Americana themes — which resonate with me — at the time, it felt like that would be very disingenuous, very trite to write a cheating song or whatever.”

The result of retrenching can be found within Undefeated, the band’s sixth and just-released studio album and an emphatic rejoinder to the idea that Left Arm Tan has emerged from the pandemic diminished in any way.

In a serendipitous twist, Left Arm Tan, which takes its attention-grabbing name from a Wilco tune (specifically, “Monday,” from the band’s 1996 LP Being There), found itself in the studio with a member of the band itself: Ken Coomer, who co-founded the group, but left it in 2001, after the release of Yankee Hotel Foxtrot.

Left Arm Tan made the connection through one of its contemporaries, the Virginia-based trio Sons of Bill, but it was the strength of Tan’s material which piqued Coomer’s interest in producing Undefeated.

“He specifically said, ‘I’m not interested in making just another alt-country album,’” Hines said. “It was very freeing to not have to worry about that. … It was cool to get to become friends with Ken and spend all that time on the album. That was a ton of fun.”

Indeed, Undefeated, which, along with Hines, also features vocalist-guitarist Brian Lee, guitarist-vocalist Shawn Light, bassist Joseph Lopez, drummer-vocalist Tim Manders and trumpeter-steel guitarist Mark Belding, has an appealingly loose, engaging feel to it throughout — the sound of a band having weathered multiple storms and emerged, intact, on the other side, as on “Cocaine Skinny,” the video for which the band has offered as a premiere below.

Beyond its slate of shows in the States, Left Arm Tan will also be making a trip to England in mid-July for a series of dates, before returning to the road in America. Hines hopes those who hear Undefeated, whether the listeners are long-time fans or newly discovering the group, appreciate its commitment to the value of an album-length project.

“A lot of bands … they’re like, ‘It doesn’t matter about an album anymore; it’s just about releasing a single every 30 days and getting your Spotify numbers up,’” Hines said. “There’s certainly some great value in that, but at the end of the day, it’s almost like throwing your songs into the wind. I would rather have 10 people really understand and listen to our album than have 100 people listen to one song. It’s just a much bigger statement.”