DEZORAH is a powerful rock band with roots in South Texas, who currently call Dallas home.

Their unreleased song “Control” is about pride, ego and letting it go. “It’s about wanting to lean into that because that’s what we’re fed, but taking control of your own perspective,” singer Danica Salazar said.

The five members of DEZORAH came together in the Rio Grande Valley in 2015, picking up influence from the culture of living in border towns.

“Being in the Valley and meeting everyone there, there’s definitely an aspect of becoming a product of the environment,” guitarist Eric Martinez said. “It’s a small town vibe. You get to know everyone even if you don’t want to.”

While Martinez and Salazar moved down south from the DFW area, the other three members of the band (drummer Trey Puga, bassist Daven Martinez and guitarist Johnny Garza) grew up in the Valley.

At the tail-end of 2018 coming into 2019, the band made the move to North Texas. Salazar and Martinez had family in the area, and the opportune placement of Dallas made it easier to tour.

The band has influence from heavy rock music, with musical moments that weave in their Latino heritage.

“I learned to play conjunto music in high school and grew to love it a lot,” Puga said. “It’s cool to incorporate the rhythms. Danica had a lot of influence in letting that side of me breathe.”

Salazar went to college in Austin, and recalled how it made her feel to write some of her music in Spanish. “For me it’s more about keeping the Spanish language alive,” she said. “[In college] I felt like I was losing it because I didn’t speak it much.”

DEZORAH has two EPs out right now, including critically-acclaimed 2018 release Creando Azul and a stripped down 3-track Casa Panchita Session on their Bandcamp.

The band is currently in the recording process for new music, experimenting with their sound and leaving the door open for inspiration.

“One thing we’ve carried with us throughout the life of the band has been to not conform to one specific genre,” Eric Martinez said. “There’s been consistency within releases, but the overall genre of the band is always morphing. We all have so many influences, it’s really freeing to explore new territory with upcoming releases.” 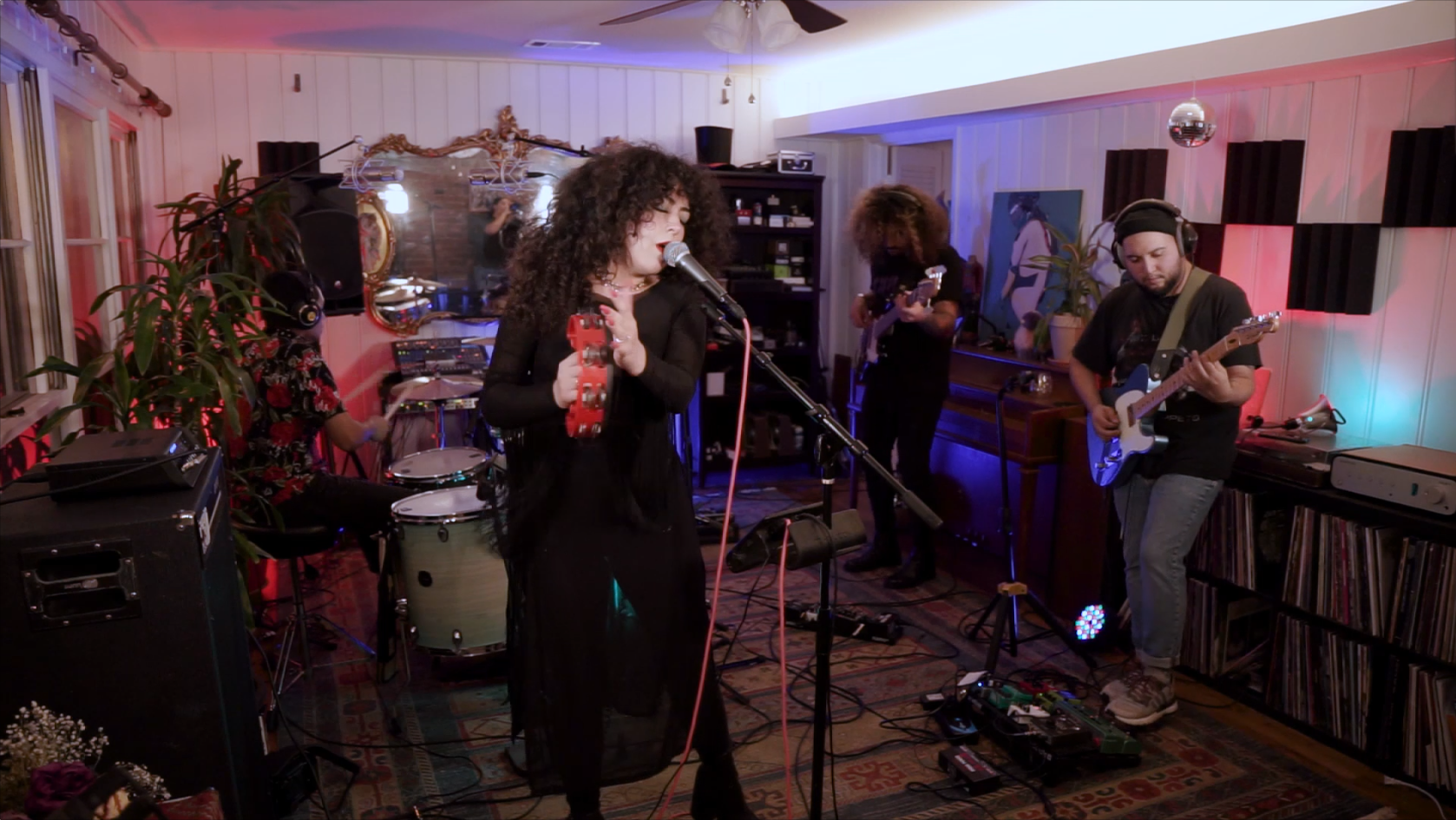