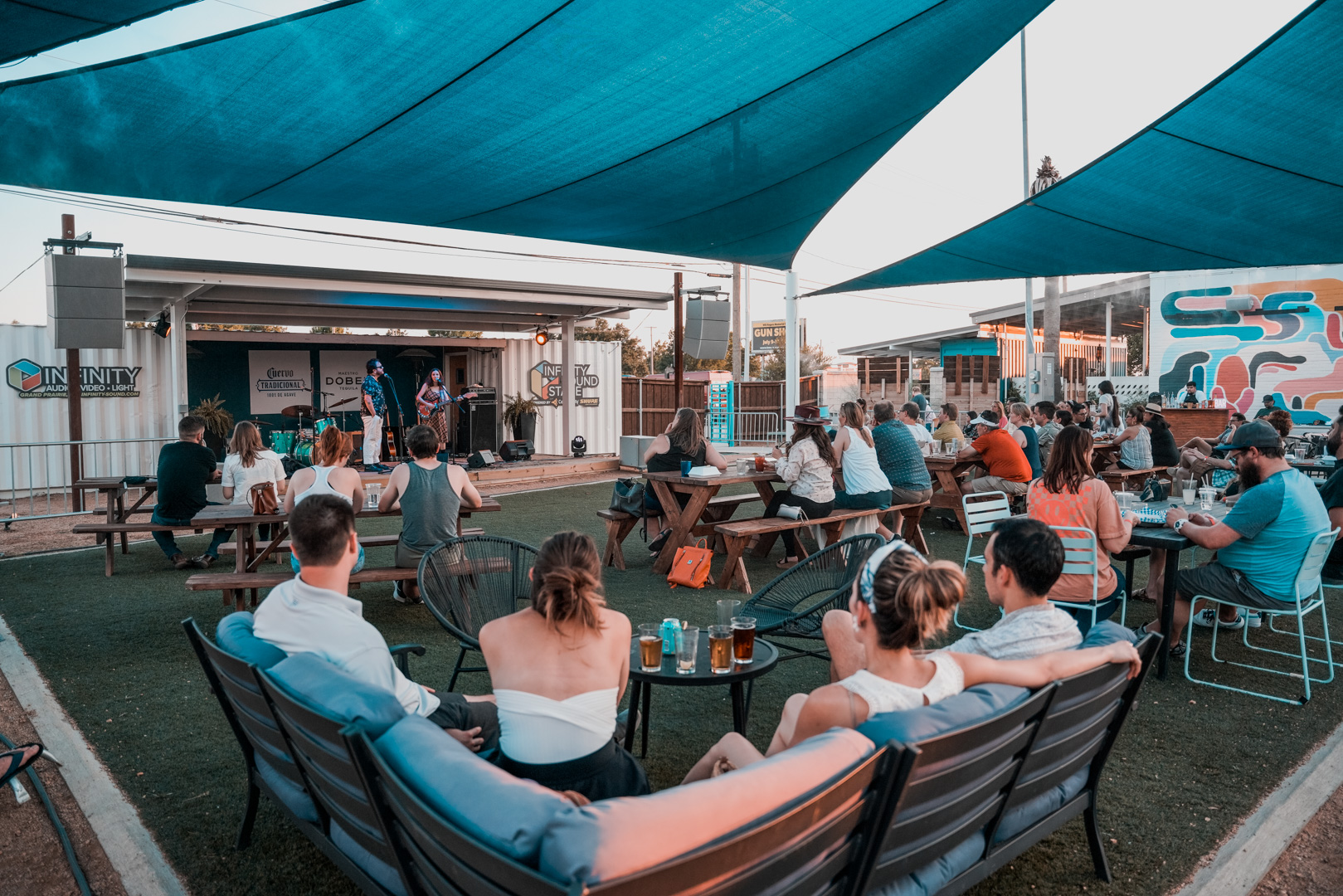 Austin, TX artist David Ramirez made a stop in North Texas during his “…On The Road” Tour last Friday at Firehouse Gastro Park in Grand Prairie.

The 19-show tour took Ramirez through the midwest and southern states, featuring performances supporting Paul Cauthen, as well as headlining shows with support from Sharon Silva and Leah Blevins. 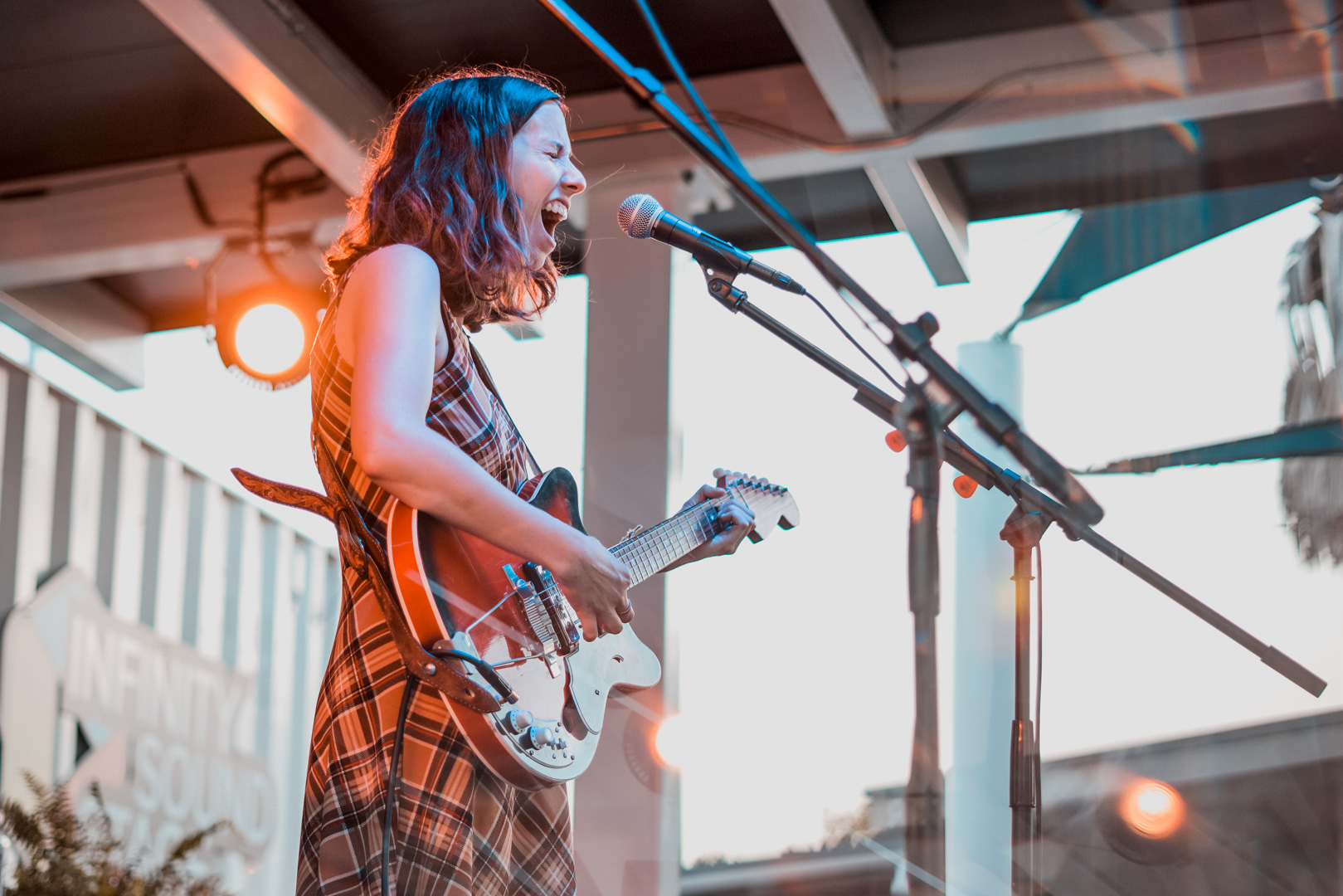 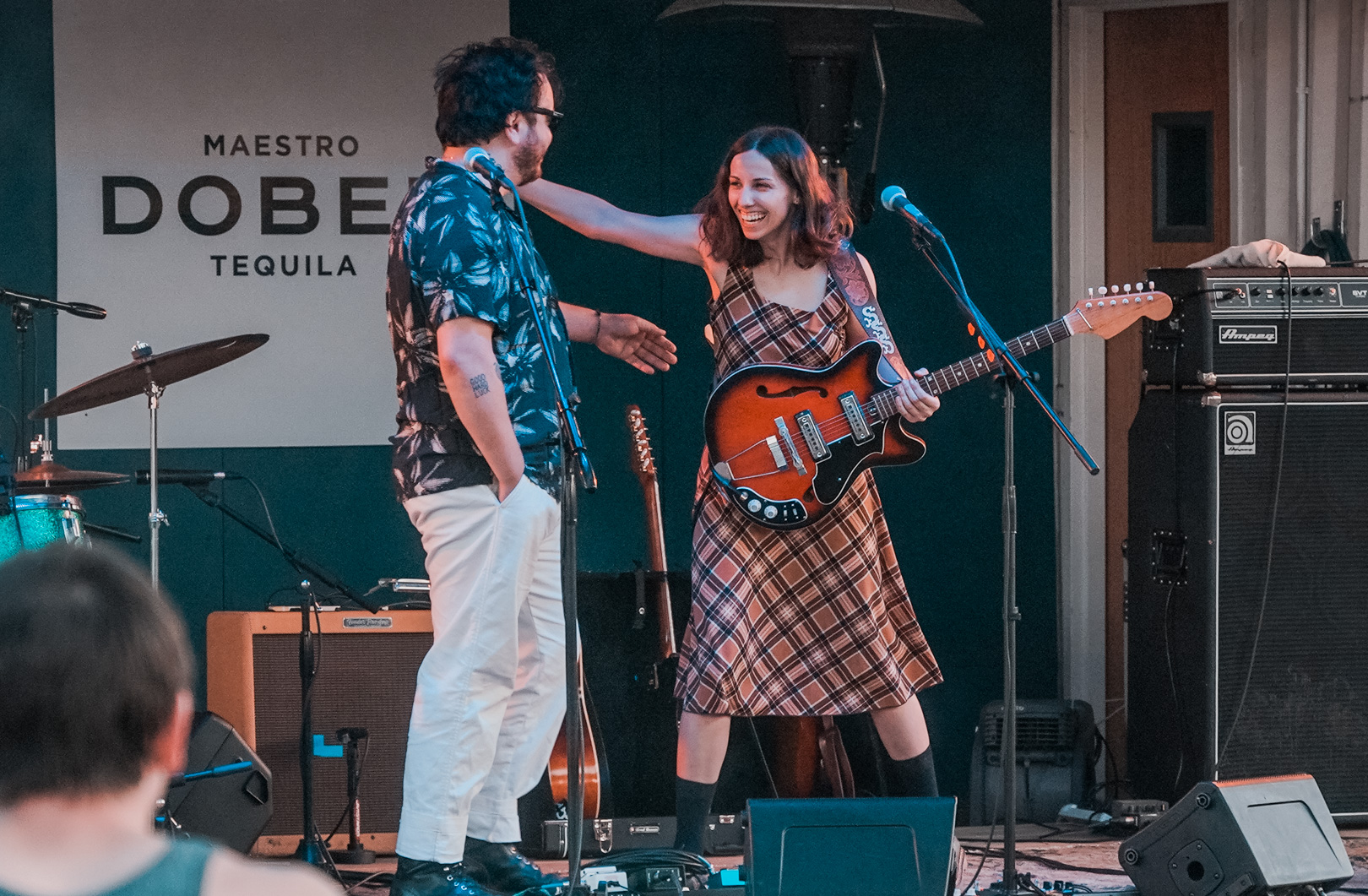 David Ramirez and Sharon Silva shares a hug on stage after singing together. Photo: Jessica Waffles

Los Angeles based artist Sharon Silva opened for Ramirez in Grand Prairie, sharing her original music and songs written with her former band The Wild Reeds. Her presence on stage was warm and humble, as the depth of her lyrics pierced through with clarity.

Silva played eight shows on the tour, and she cited a “full circle moment” on stage as she shouted out her Los Angles high school friends that were in the crowd at the show.

Her debut single as a solo artist “Spitting Image” came out one year ago this month, and has garnered nearly 300,000 listens on Spotify. Her brand new single “Scorekeeper” just dropped at the beginning of June. 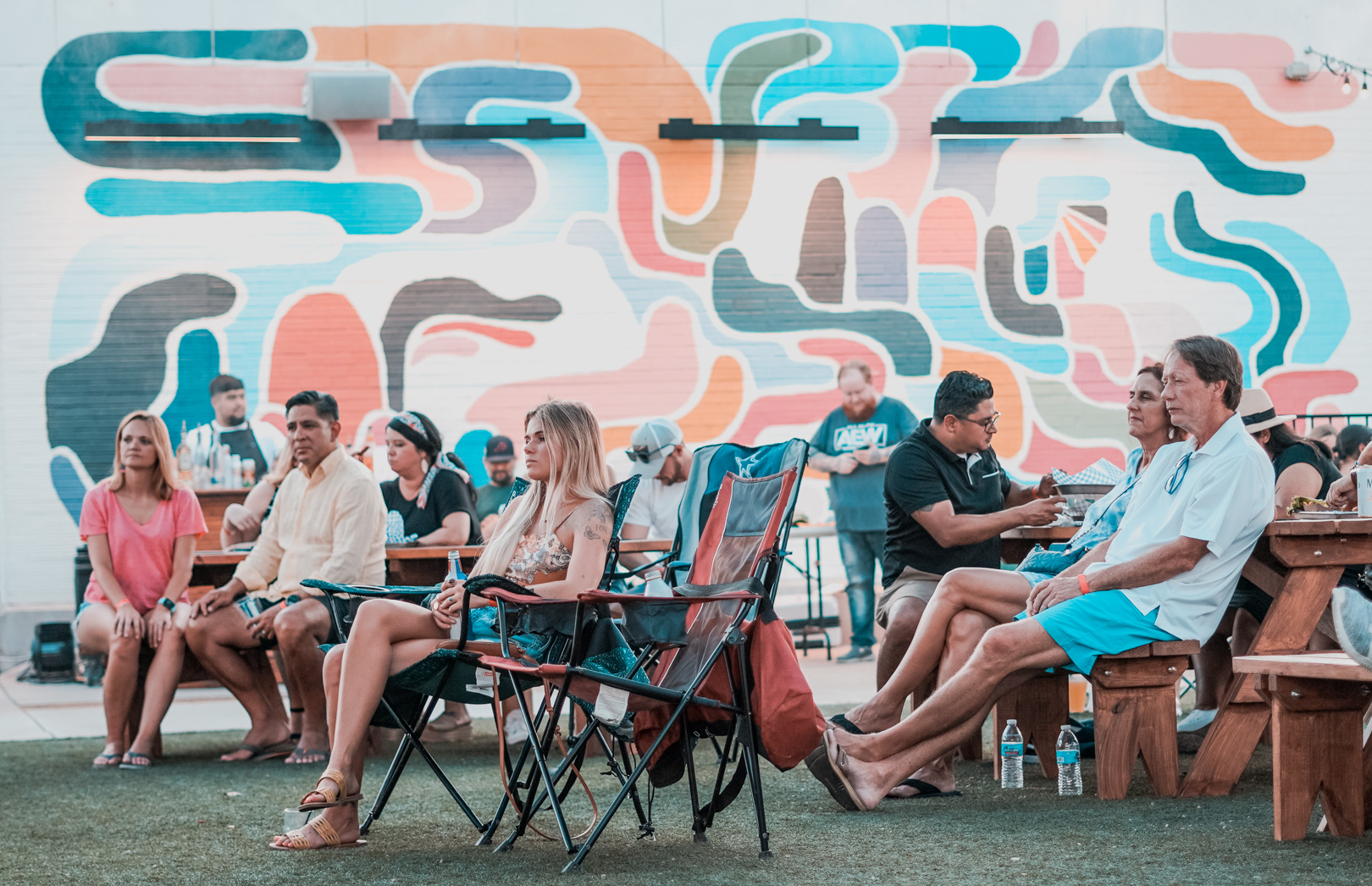 The Texas summer heat was diffused for attendees with mist machines overhead on the outdoor patio at Firehouse Gastro Park. Photo: Jessica Waffles 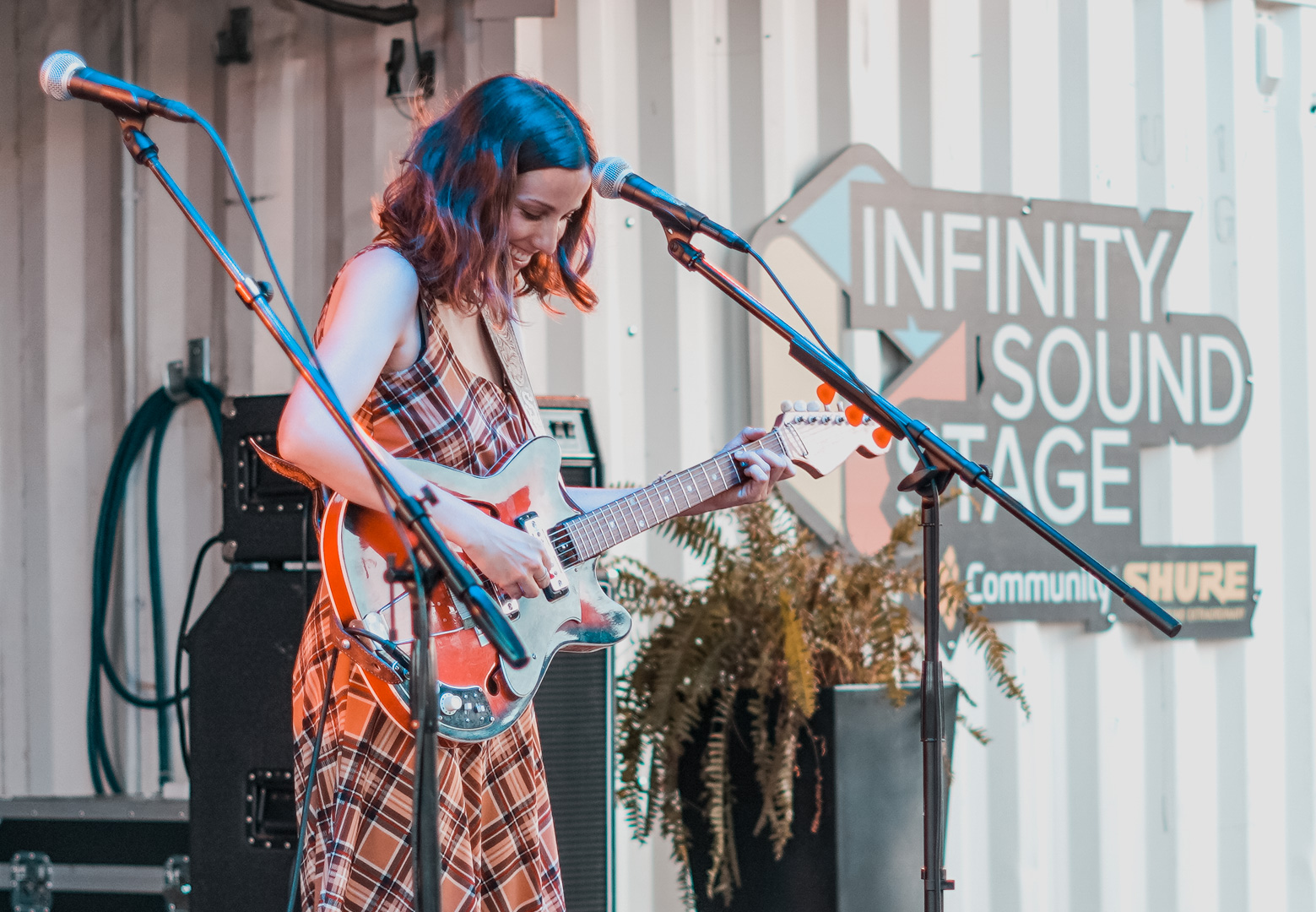 Sharon Silva is a Los Angeles based artist, who cited a “full circle moment” on stage as she shouted out her LA high school friends that were in the crowd that night. Photo: Jessica Waffles 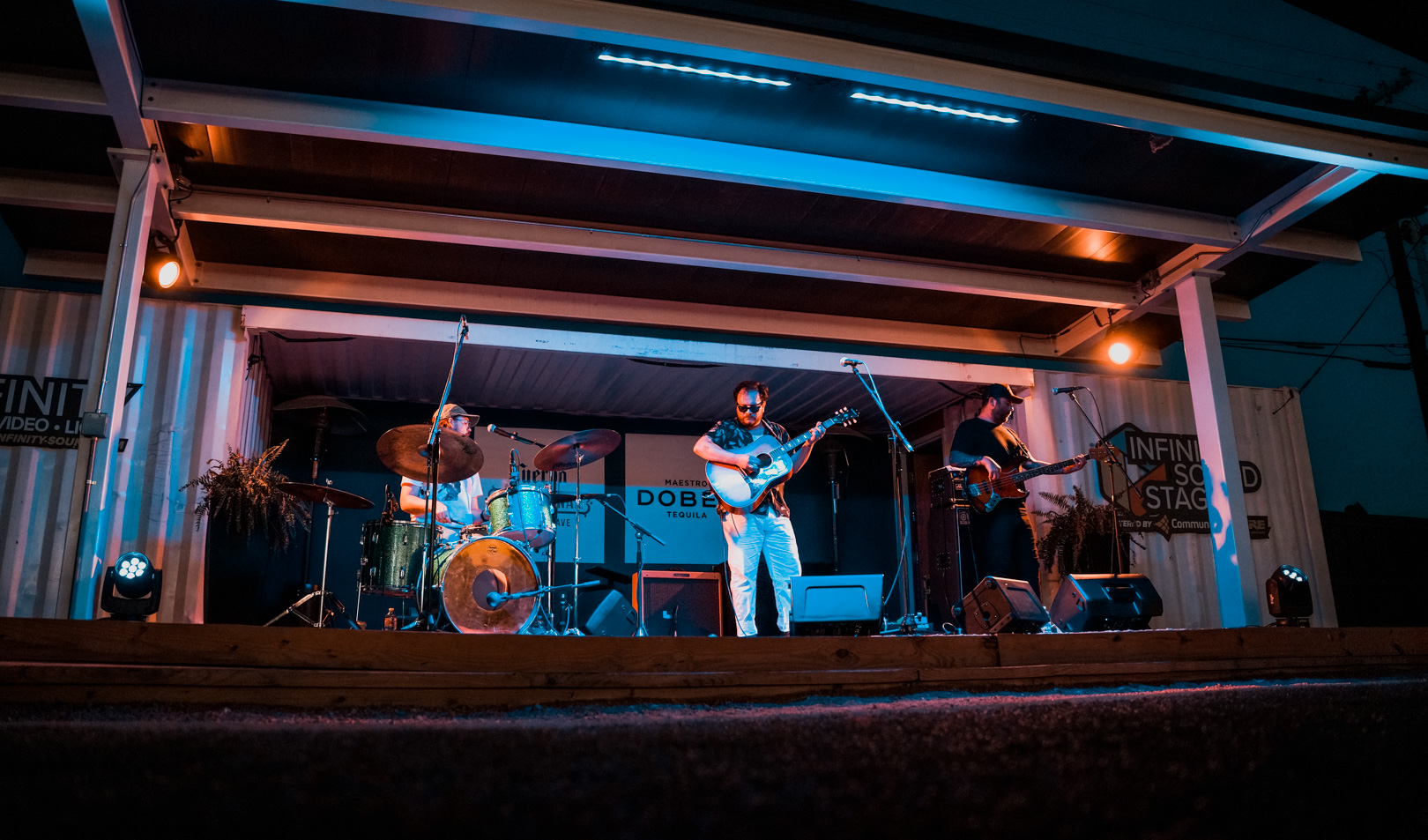 Ramirez played fan favorites like “Harder To Lie,” “Good Heart,” and “Watching From A Distance,” as well as songs from his recent EP Rules & Regulations.

He spoke of the story behind “Can You Hear The Silence” from the EP, describing his home in Austin. He said that before the COVID pandemic, an airplane would fly overhead about every 15 minutes, without fail. He remembered his personal ambition being affected as he could no longer tour, uncertain of the future of his music career.

“It was about a month into staying home that I realized I hadn’t heard an airplane in weeks,” Ramirez said on stage. “That’s when I realized I wasn’t alone in this loss. We were all going through it together. And I wrote this song.” 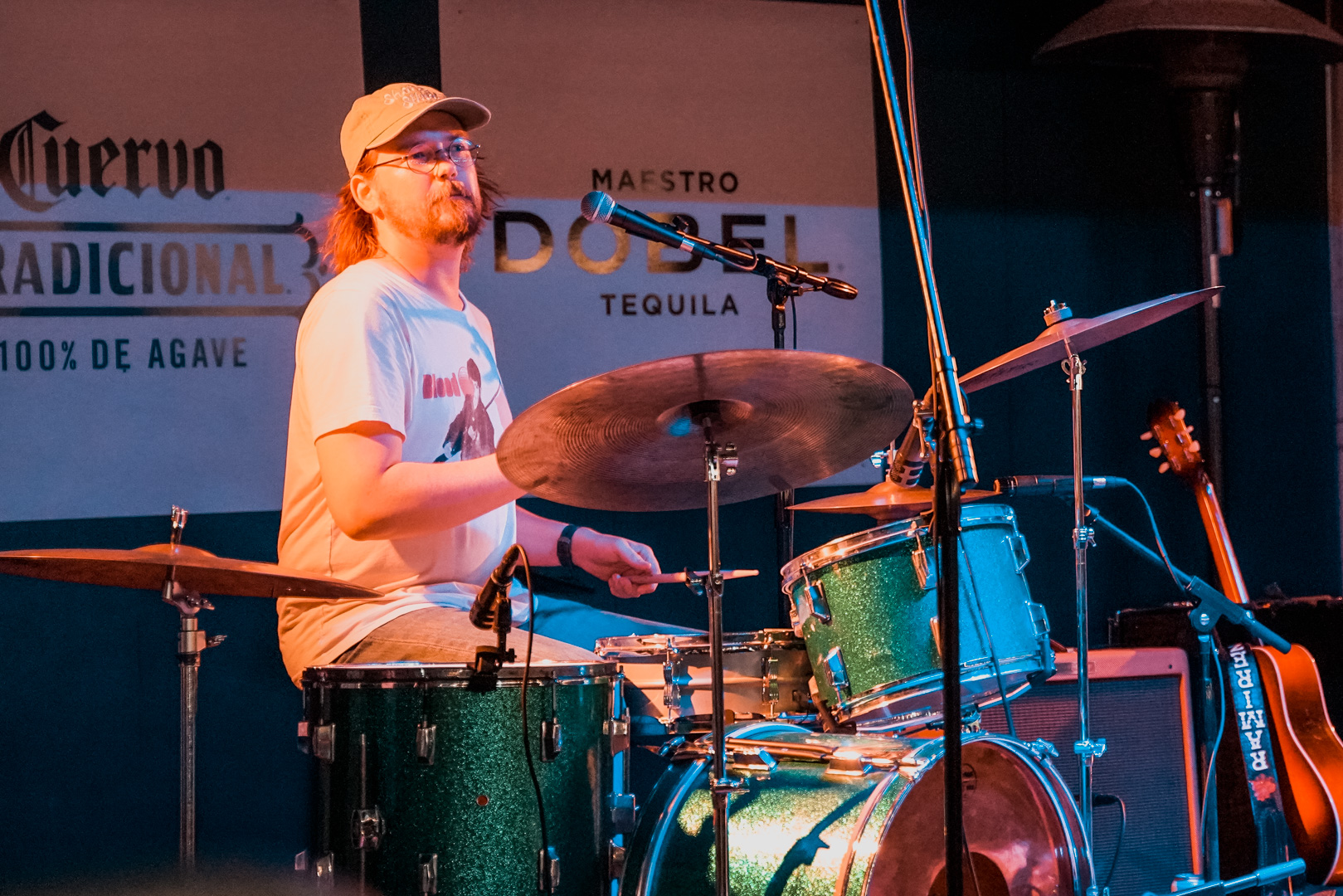 The band kept the energy up for the headlining set in Grand Prairie. Photo: Jessica Waffles 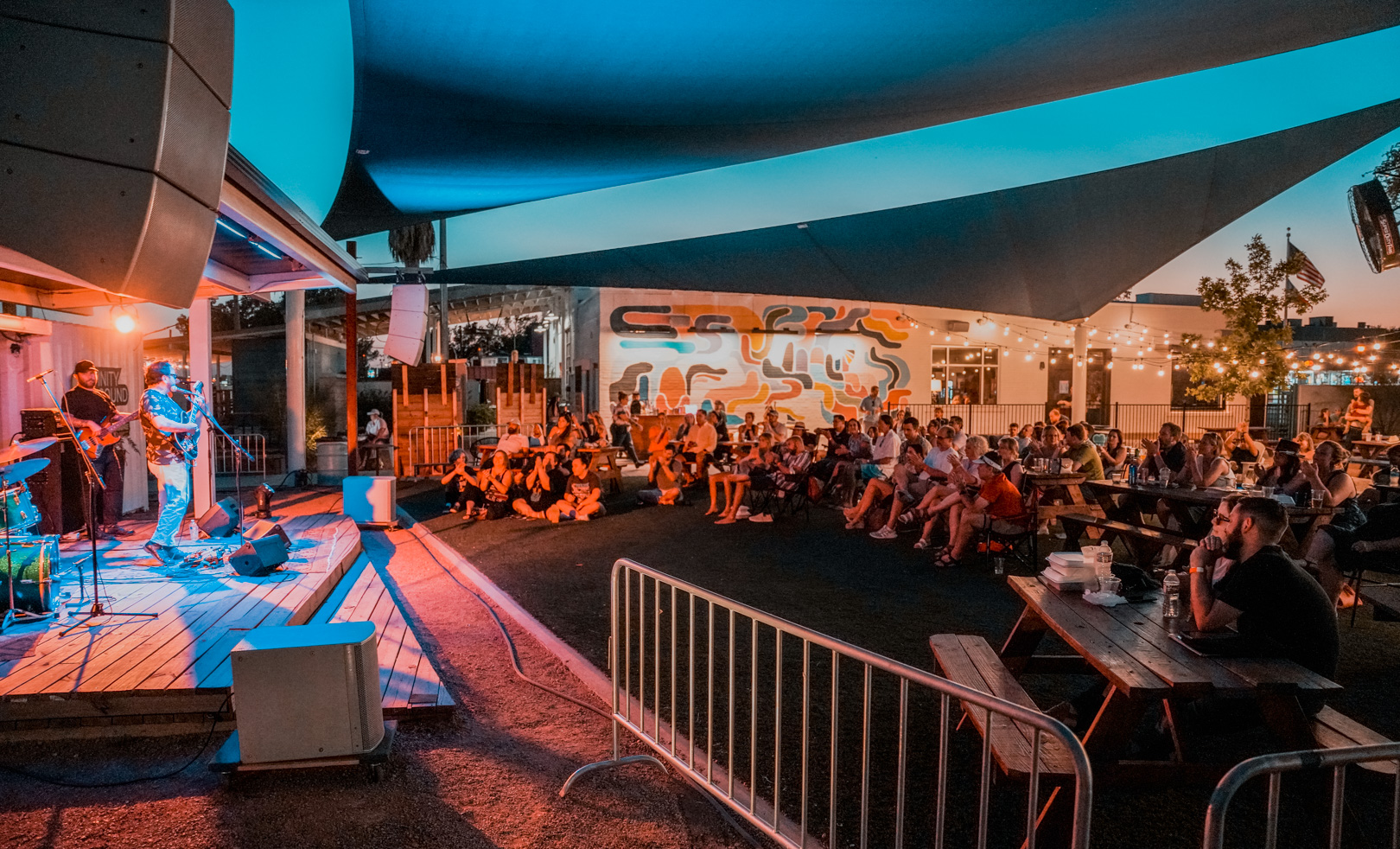 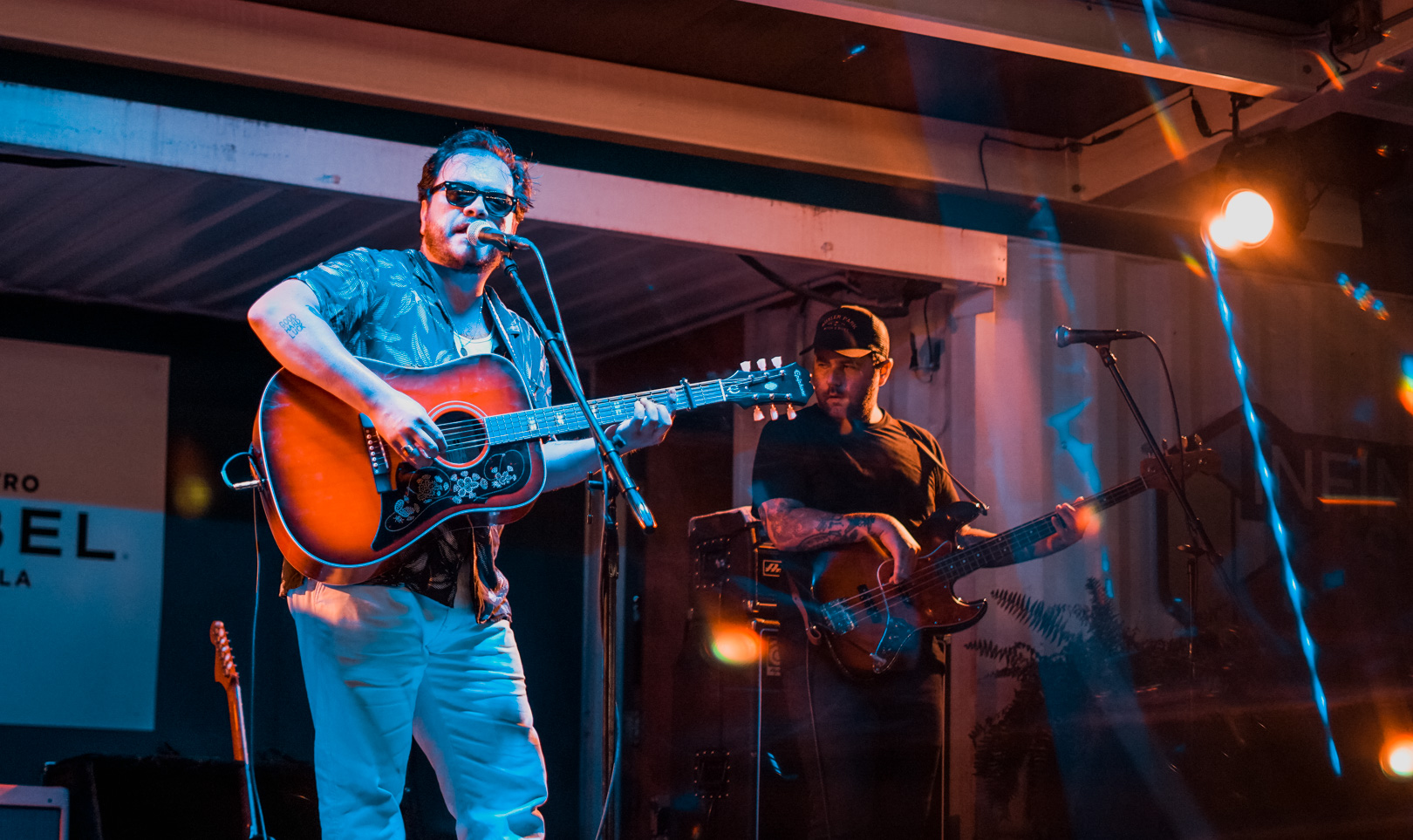 David Ramirez on his second-to-last stop of the “…On The Road” tour. Photo: Jessica Waffles

Ramirez’ July 2022 tour will take him back through North Texas for one night in Denton, TX at Dan’s Silverleaf on July 9. The tour will continue back through some Midwest stops, then to the North East for stops in Pennsylvania and New York , then head down the East coast through Washington DC and the Carolinas. 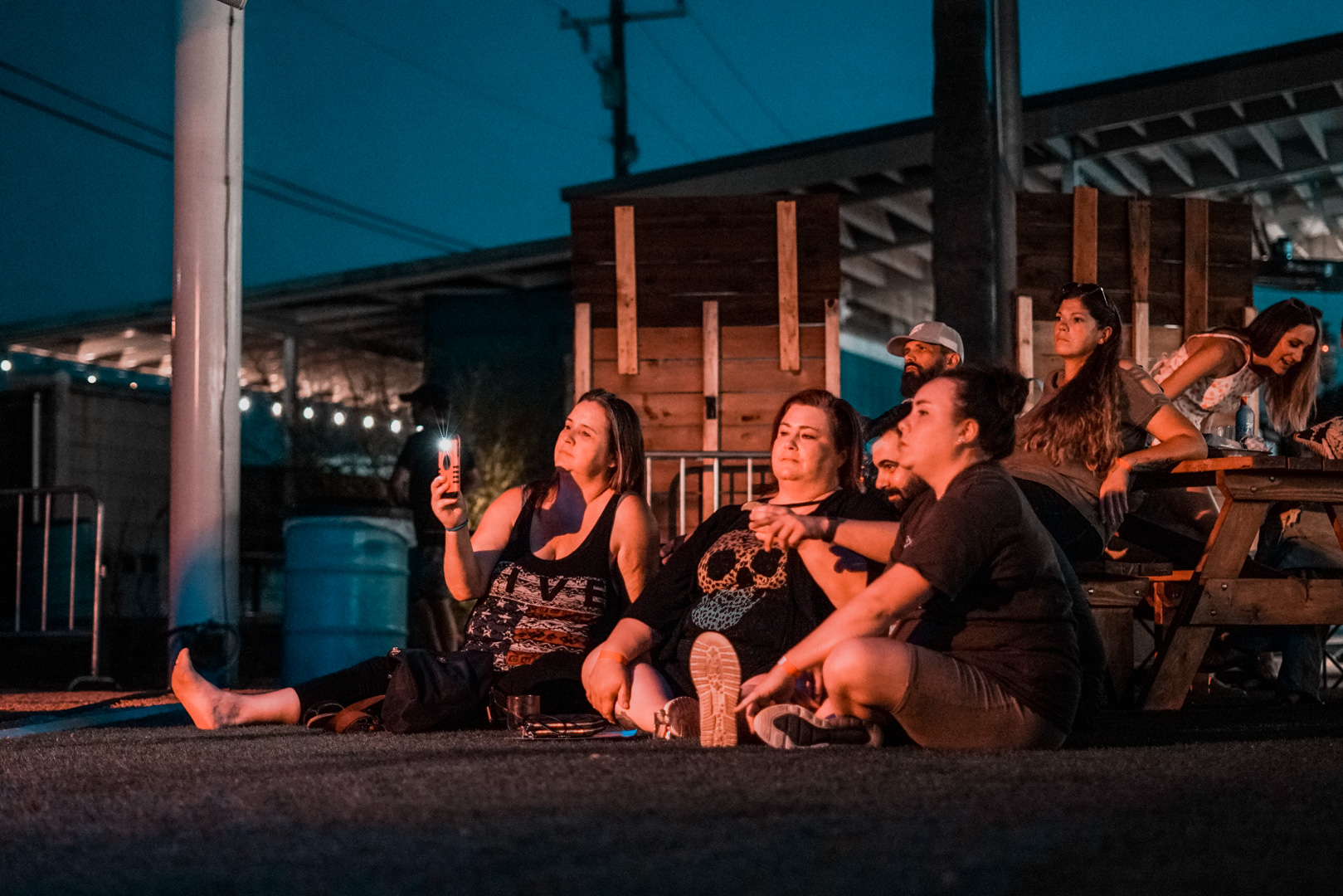 Some folks opted to sit on the astroturf to get a closer seat for the David Ramirez set. Photo: Jessica Waffles 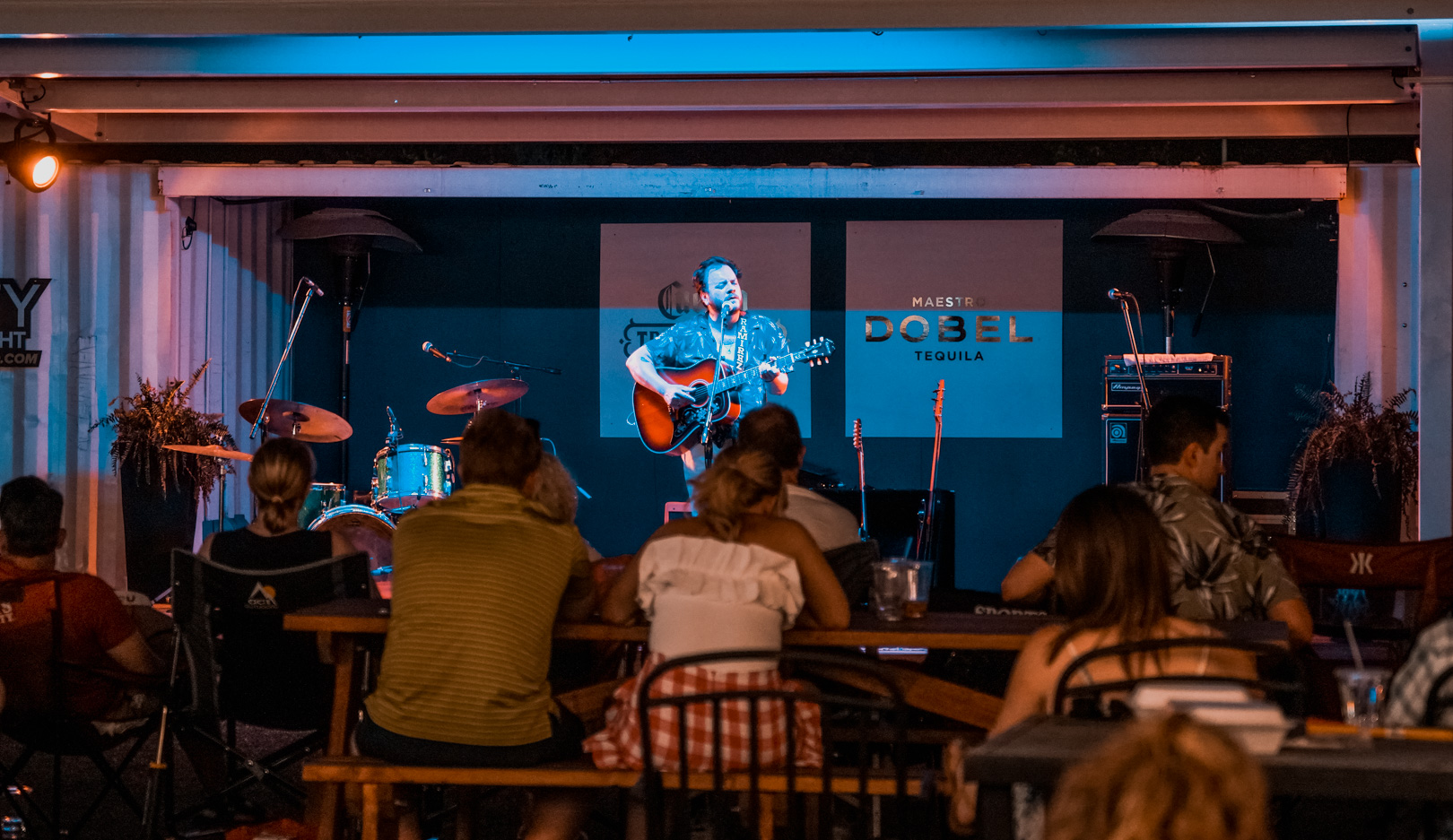