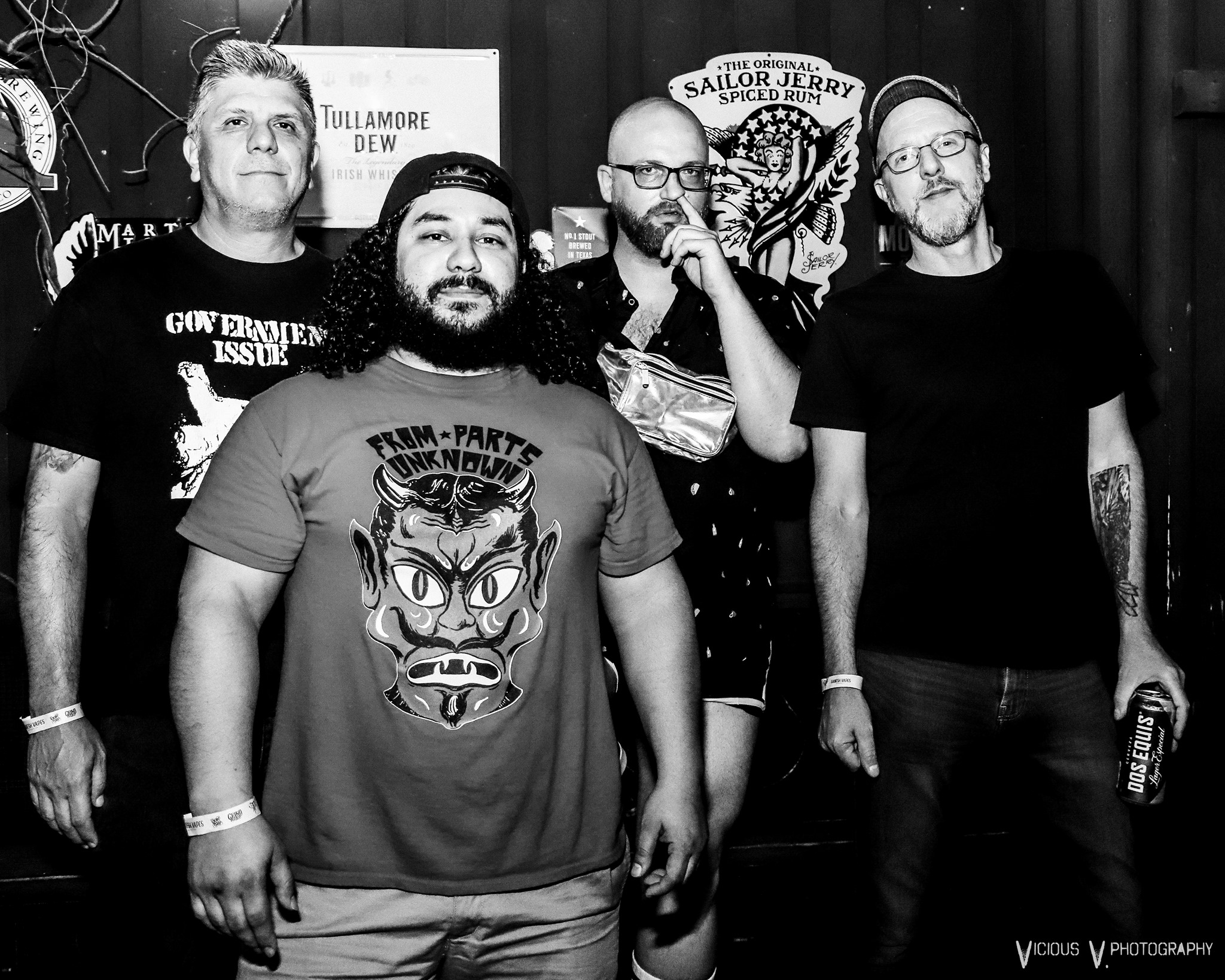 There’s being in the moment, and then there’s Sloth Fist.

“I have the attention span of a gnat, so most of my lyrics are based on whatever my pea-brain latches onto at any given moment,” Sloth Fist songwriter/vocalist Eric Daniels said via email.

While the inspiration might be evanescent, there’s no denying Sloth Fist’s pungent, breakneck, punk-streaked rock makes an indelible impression that’s hard to shake. It’s the sort of music you crank to ear-bleeding levels and throw yourself into the walls and furniture to properly appreciate.

The band — along with Daniels, Sloth Fist is comprised of drummer Rafael Genovez, bassist Marc Maxey and guitarists Matt Thomas and Cody Shavers — will bring its kinetic style to Deep Ellum’s Three Links on July 3, opening for Jerk!

Daniels cites the Norwegian group Turbonegro as a primary influence, but also admits Sloth Fist is the sum of its parts: “We don’t aim to emulate anyone or anything specifically, but rather, we aim to create something interesting by combining all of our various influences.”

The band made its recorded debut with the 2018 EP Live Slow, Die Whenever, followed that with 2020’s Mothman is Real, and is preparing to release a new EP, Bombs Away, later this year. (“During all of this, we are still continuously writing new material, as we’ve never been the types to rest on our laurels,” Daniels said via email.)

Ultimately, according to Daniels, whether it’s live or on record, Sloth Fist wants those who encounter them to leave feeling just a little bit better. To put it another way: Listeners should try to be in the moment, and share in the band’s joy.

“Honestly, I’m just stoked when anyone listens at all,” he said via email. “I hope they have fun listening, because that was always the intention when we write and record. We’re not penning profound anthems that will warp generations — I’m writing songs about cryptids [animals that may or may not exist], Nic Cage films, and my own mental health struggles. The former are meant to just be fun songs; the latter are just a cheap form of therapy for myself.”