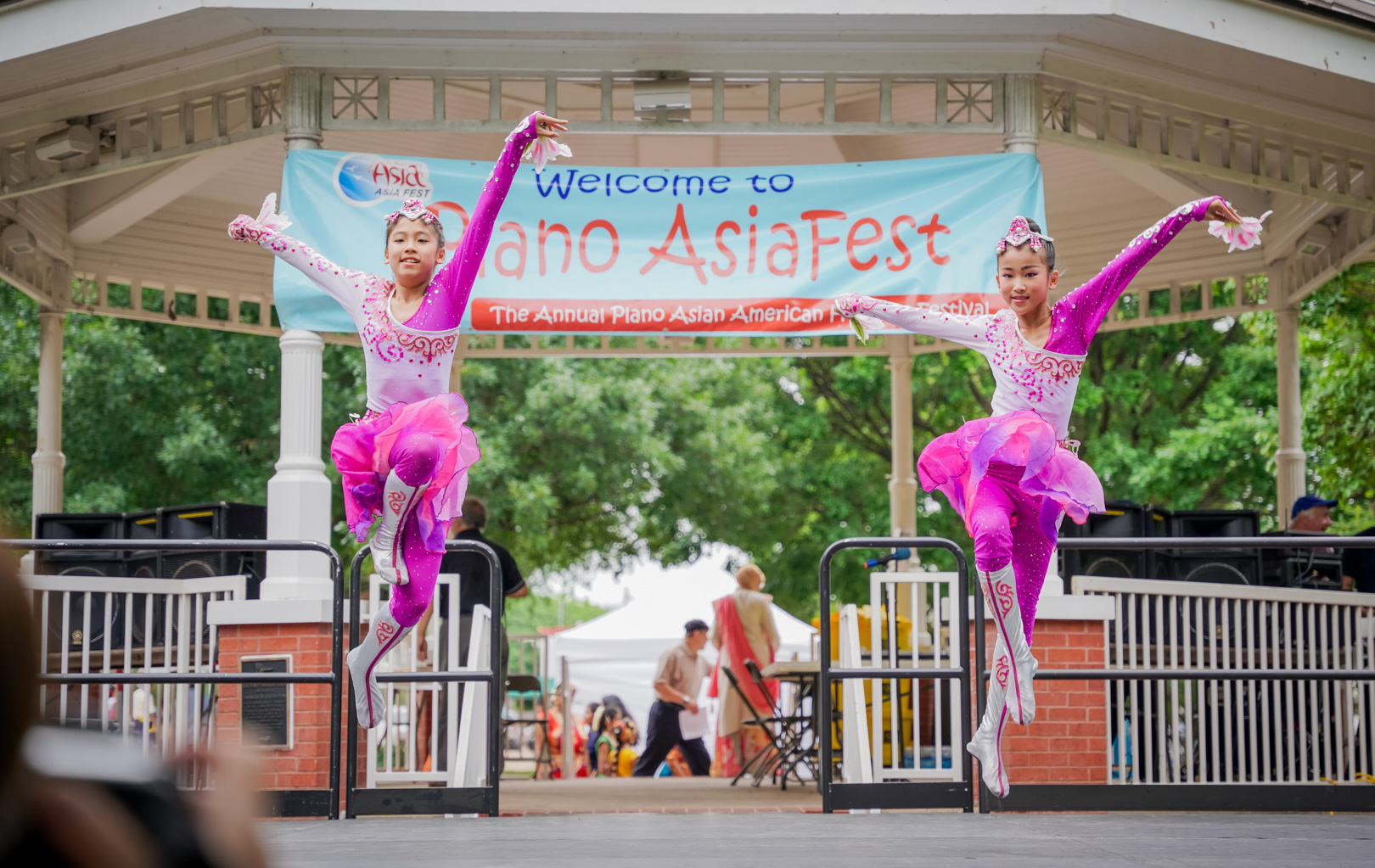 The 18th annual Plano AsiaFest was hosted at Haggard Park last Saturday, showcasing music, fashion, dance and martial arts performances by over 20 local groups with heritage stemming from all over Asia. The day marked the return of the in-person iteration of the event since 2019, as it was cancelled in 2020 and was held virtually in 2021 due to COVID-19.

It is put together in coordination with the AsiaFest Committee and the Celebrating Asian American Heritage Foundation, supported by the city of Plano and the Plano City Council, the Plano Cultural Affairs Commission, and sponsors of the event. 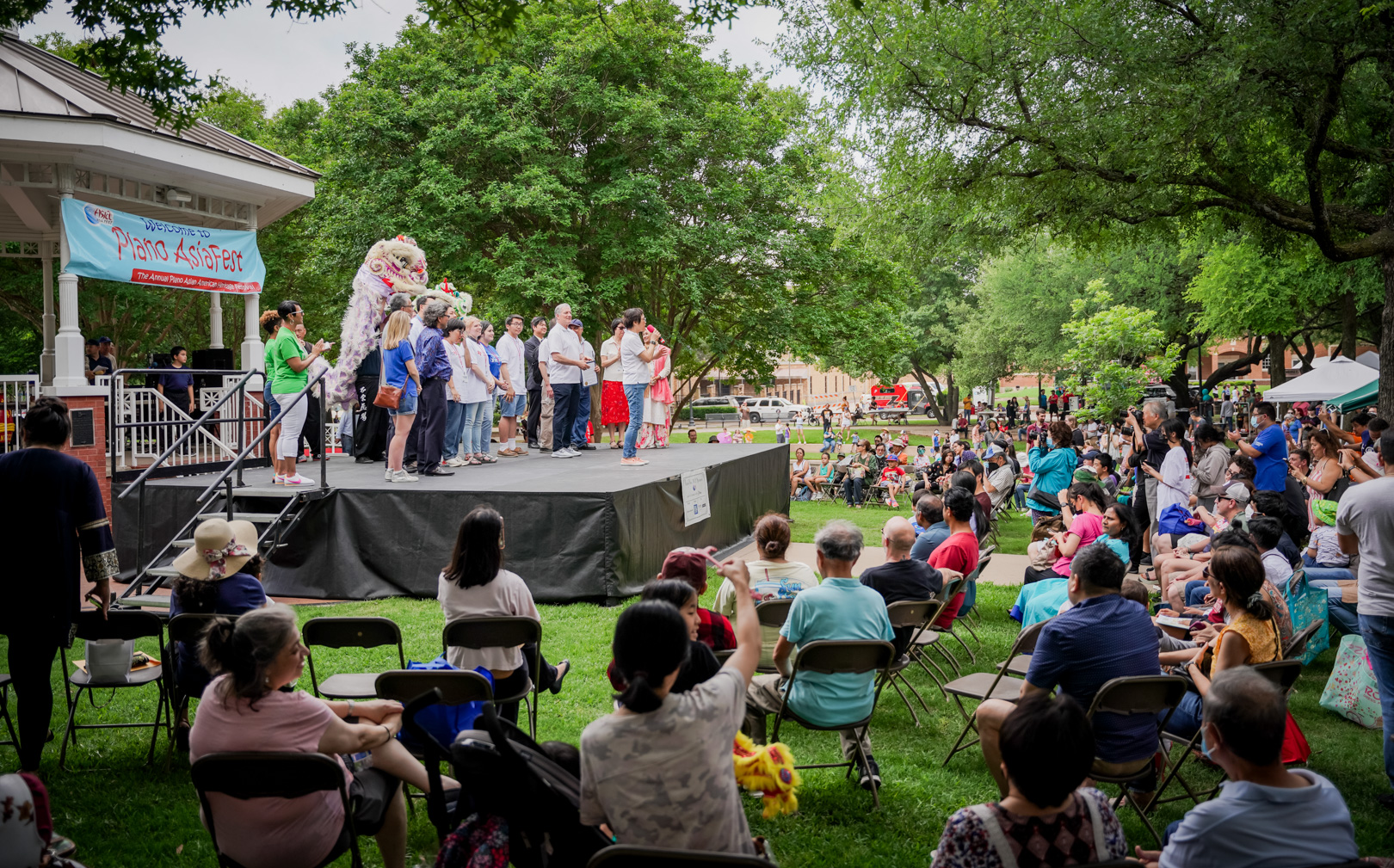 This year the Mayor of Plano John B. Muns made a proclamation of May 7, 2022 being declared “AsiaFest Day” in Plano.

“AsiaFest exemplifies how our community comes together to celebrate our diversity,” Muns said on stage Saturday. “And this is one of the many reasons Plano remains a destination for individuals, families, and businesses looking for a place to call home.”

Plano Deputy Mayor Pro Tem Maria Tu from Taiwan called out to the community to “step up and start doing services,” encouraging more growth in community involvement in the younger generation of attendees. 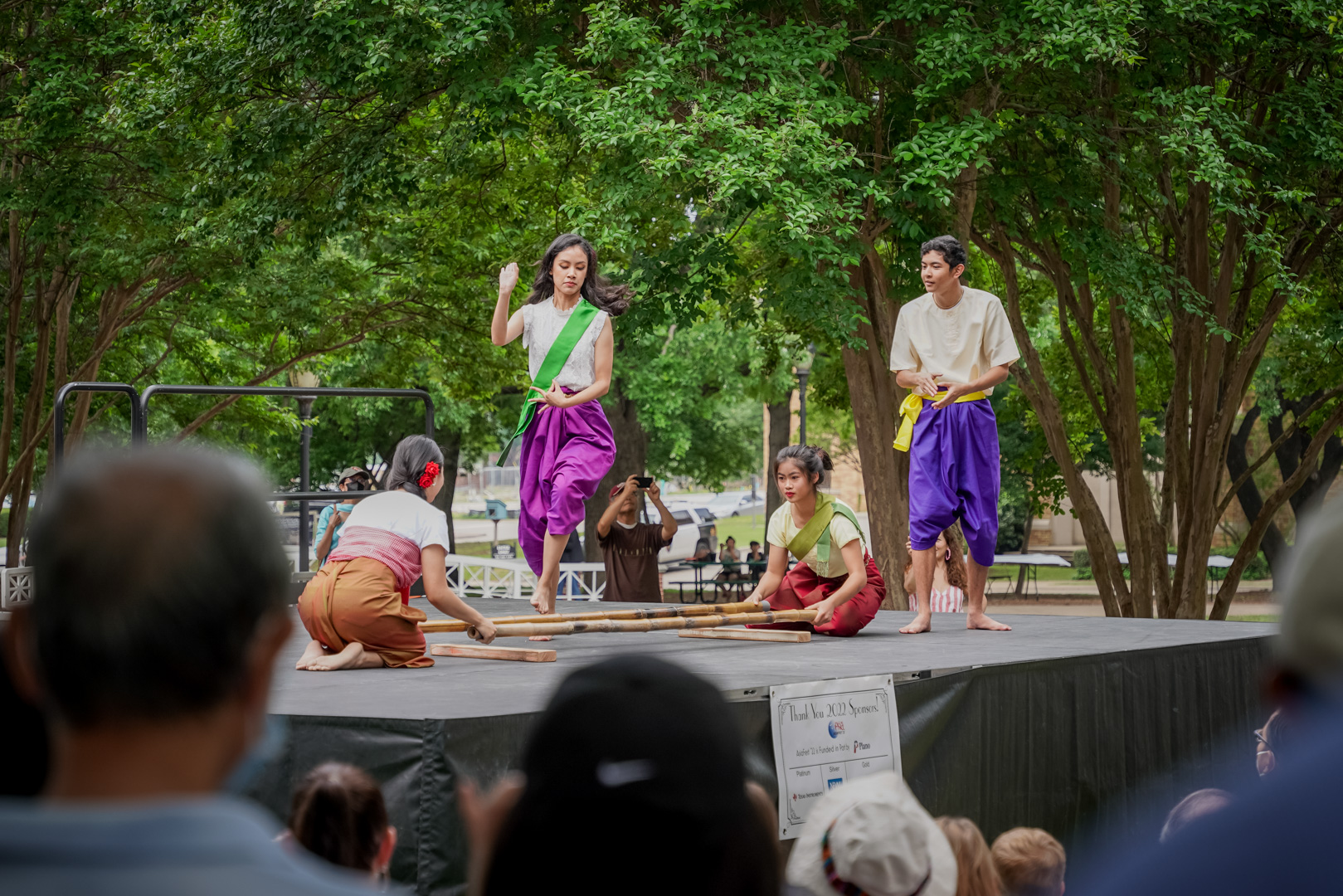 Rice is a staple in Cambodian cuisine. Every Spring, the rice fields are harvested and a way to celebrate this season is to perform the Pestle Dance. The long sticks are the pestles that are used to pound the rice after they have been harvested. It is a fun and upbeat dance that is enjoyed by the young and old.

Nithya Sevugan and Swara Akinepalli are high schoolers who are very passionate about Indian dance and have been dancing since a young age. They presented a piece consisting of different styles of Indian dance such as semi-classical, folk, and Bollywood. 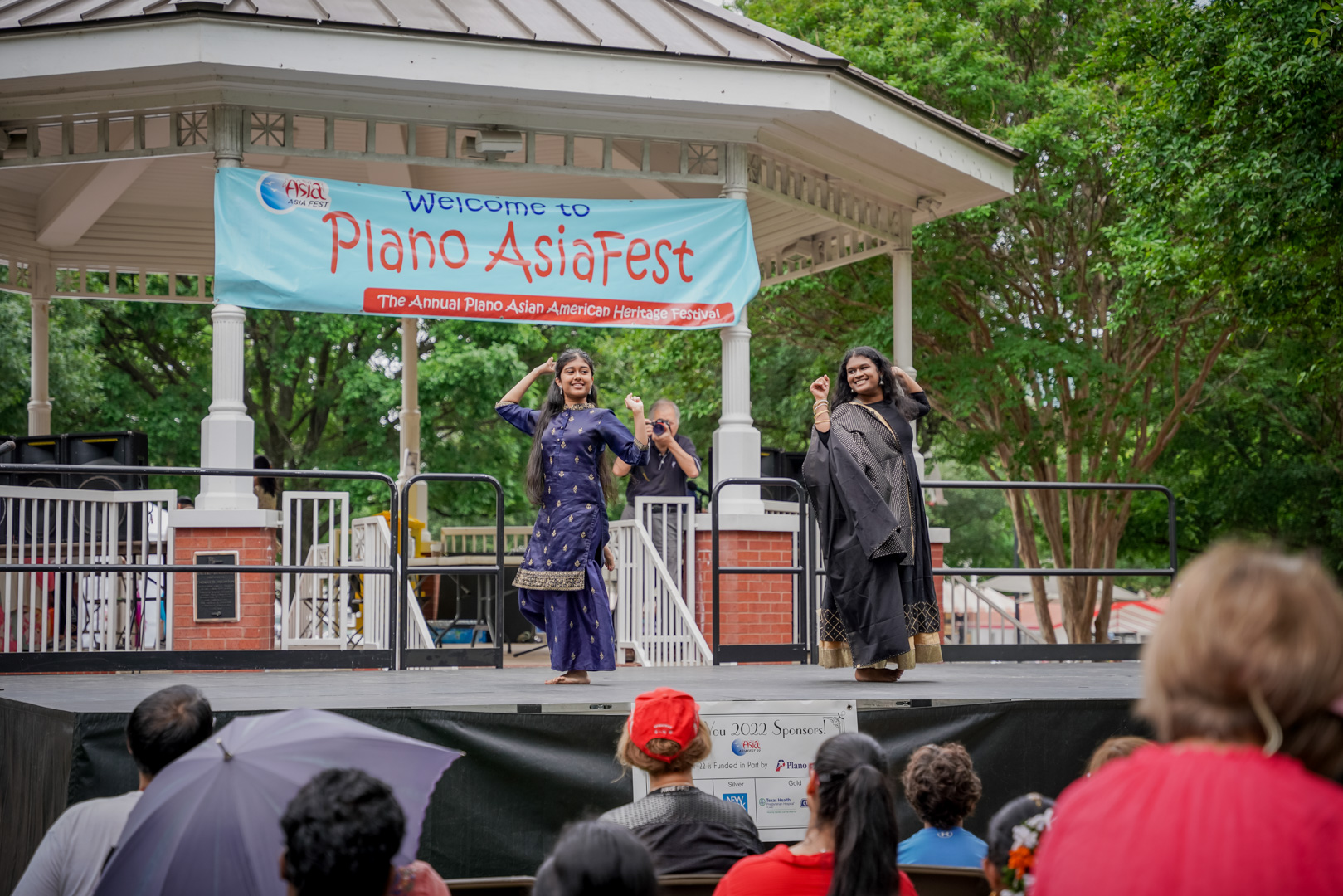 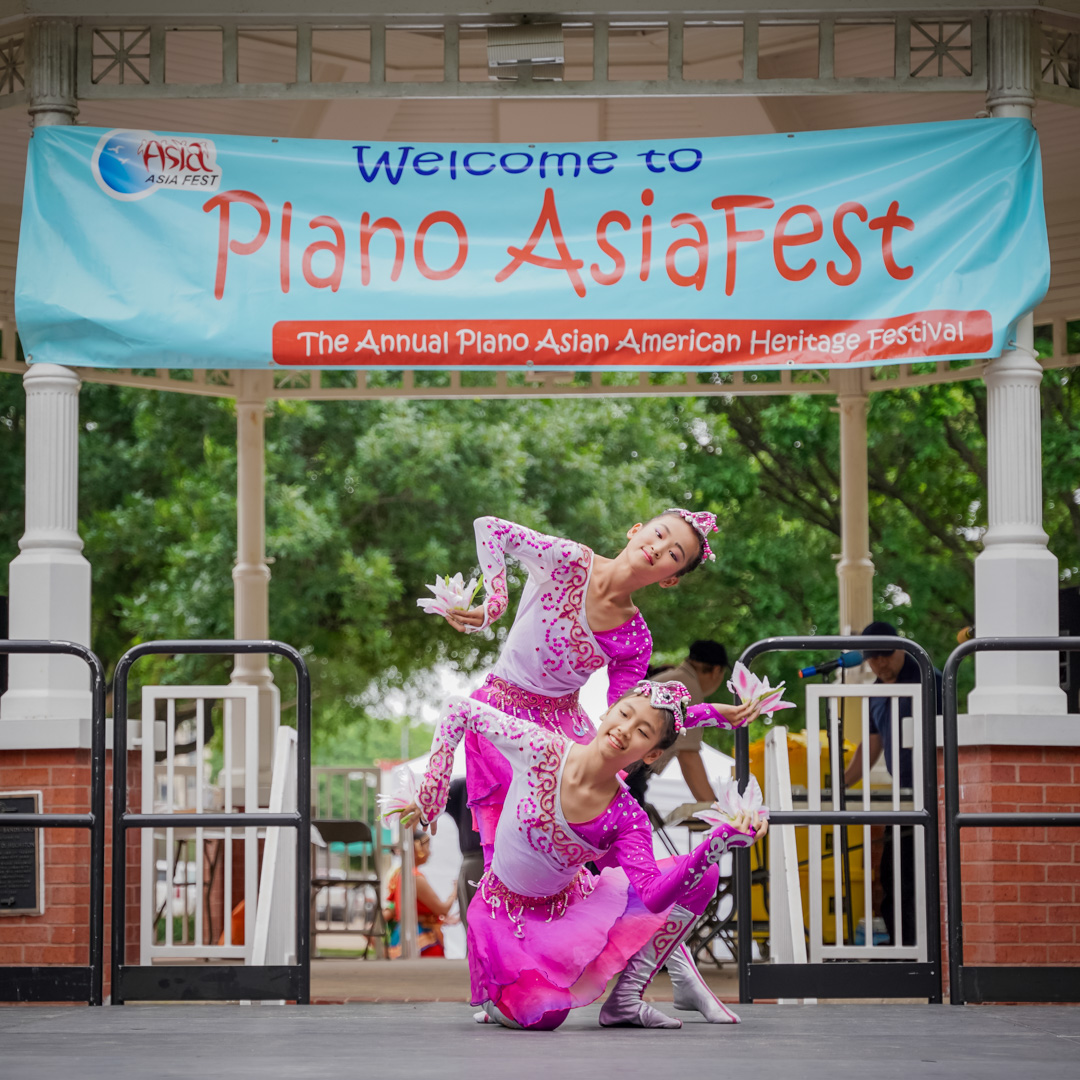 Mongolian culture is rich in music and dance. Their music is a reaction to the nomad’s surroundings and life, reflecting the beauty of nature. Victoria Wong and Emma Yang represented the lively blooming of Mongolian flowers by performing the “Mongolian Flower Dance” from East Asia.

The Plano Symphony Orchestra had a booth in the festival that provided a hands-on experience for attendees, especially children, to check out and become interested in musical instruments. Their booth included violins, percussion, trumpets, cellos and more. 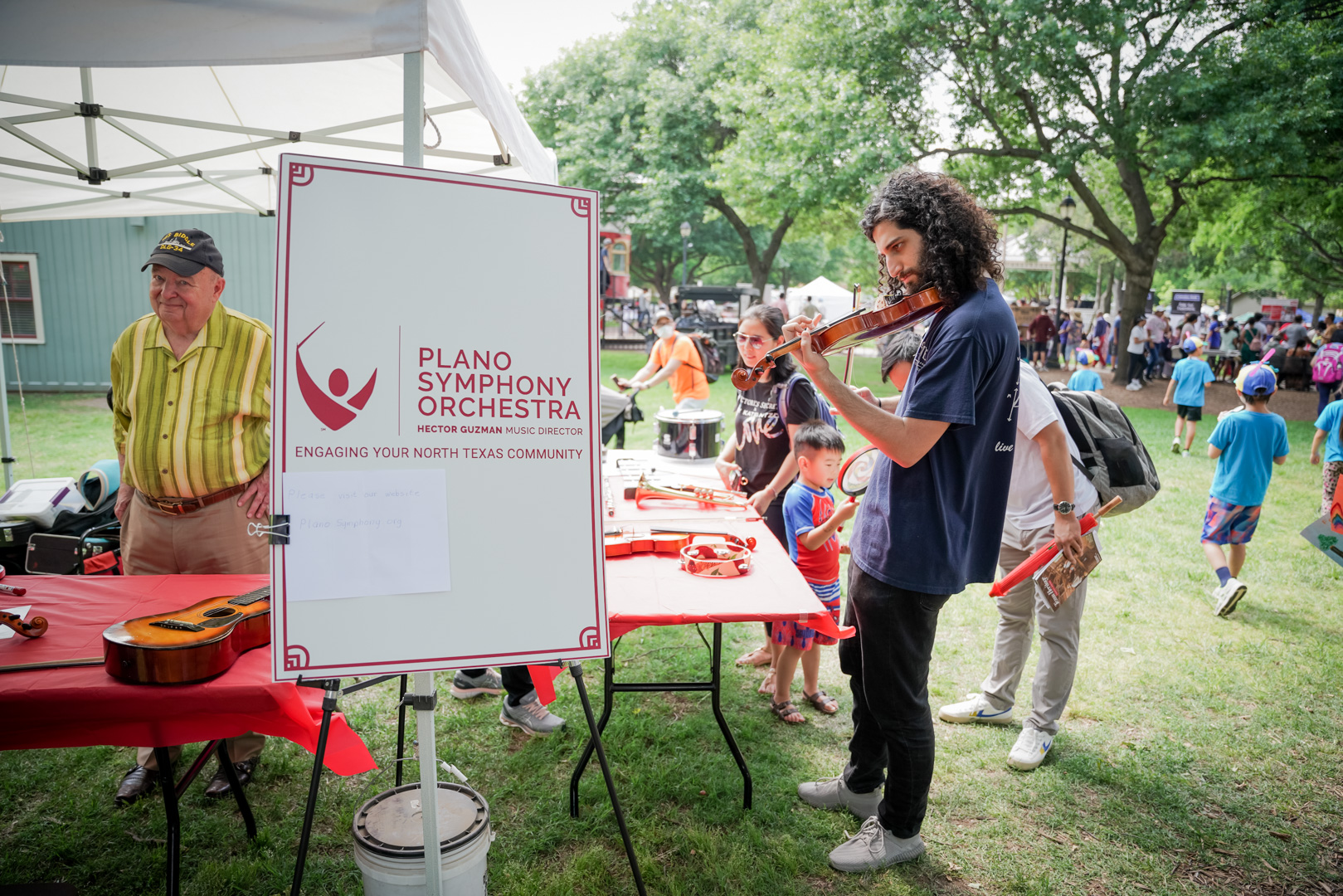 The Plano Symphony Orchestra had a hands-on booth that allowed attendees to pick up and play instruments. Photo: Jessica Waffles 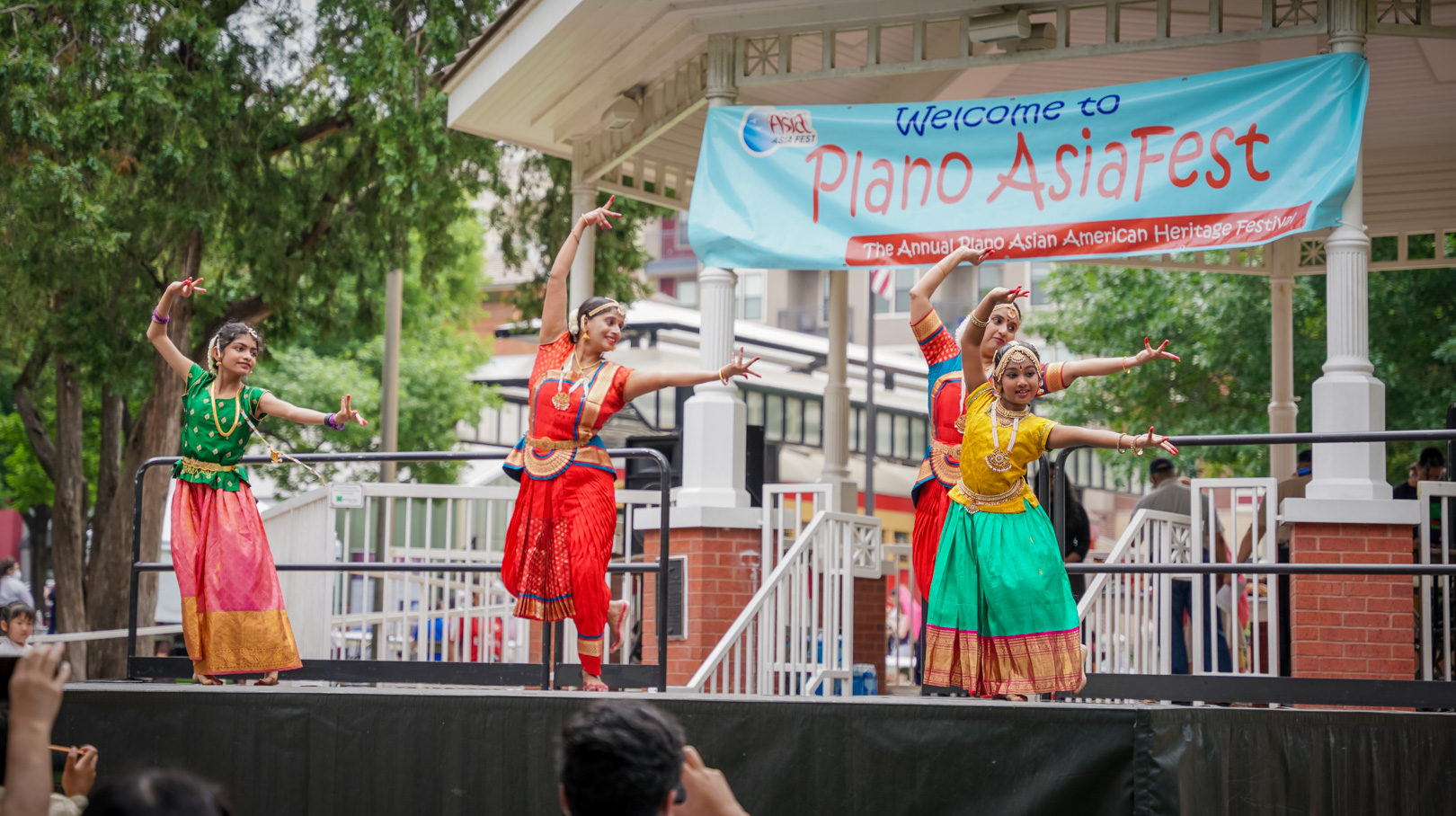 A traditional Indian Dance of South Asia “Bharatanatyam” from was performed by students of Natyanikaithan School of Dance. Bharatanatyam is a major Hindu form of Indian classical dance that originated in Tamil Nadu. Bharatanatyam remained exclusive to Hindu temples through the 19th century. It was banned by the colonial British government in 1910, but the Indian community protested against the ban and expanded its performance outside temples in the 20th century. 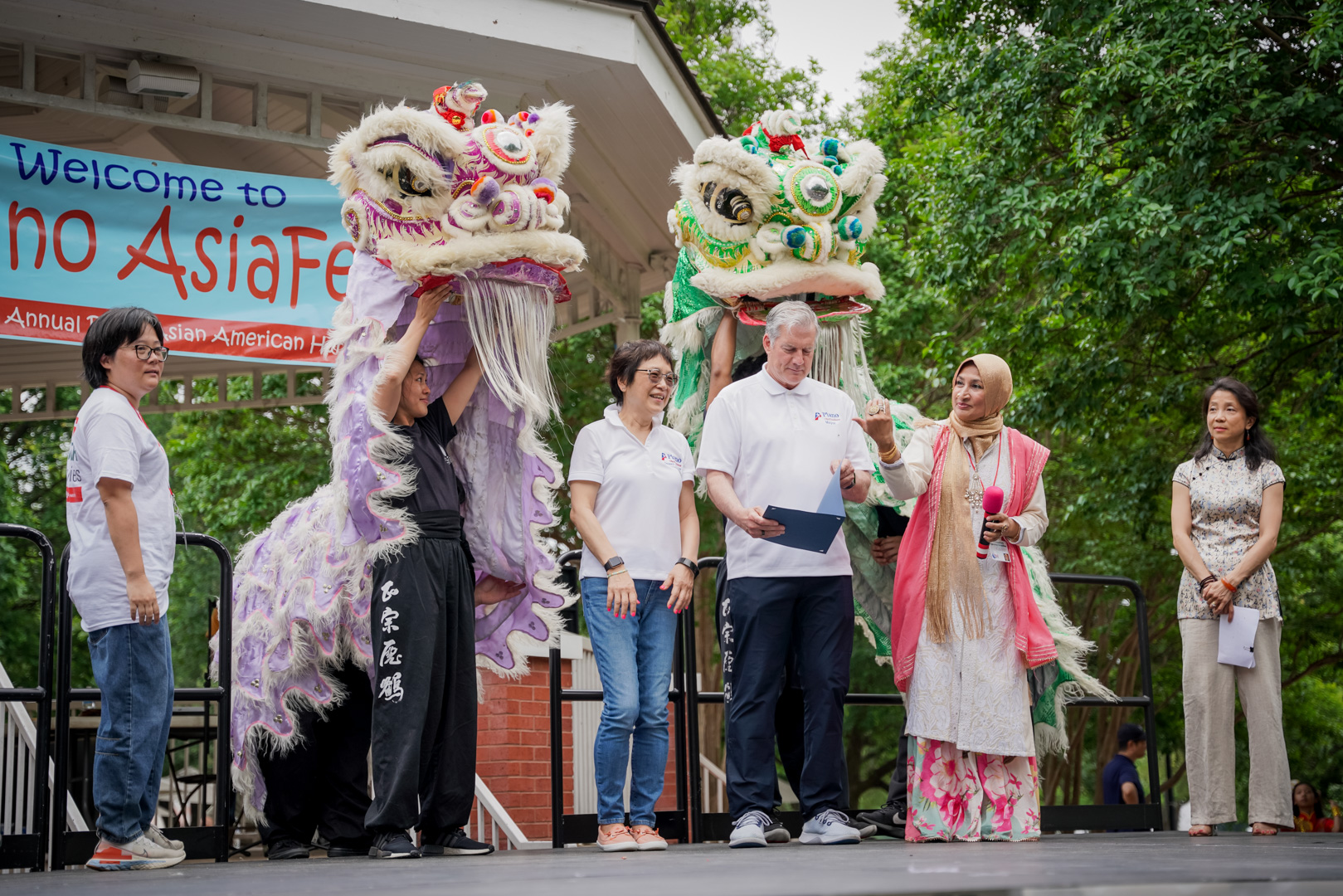 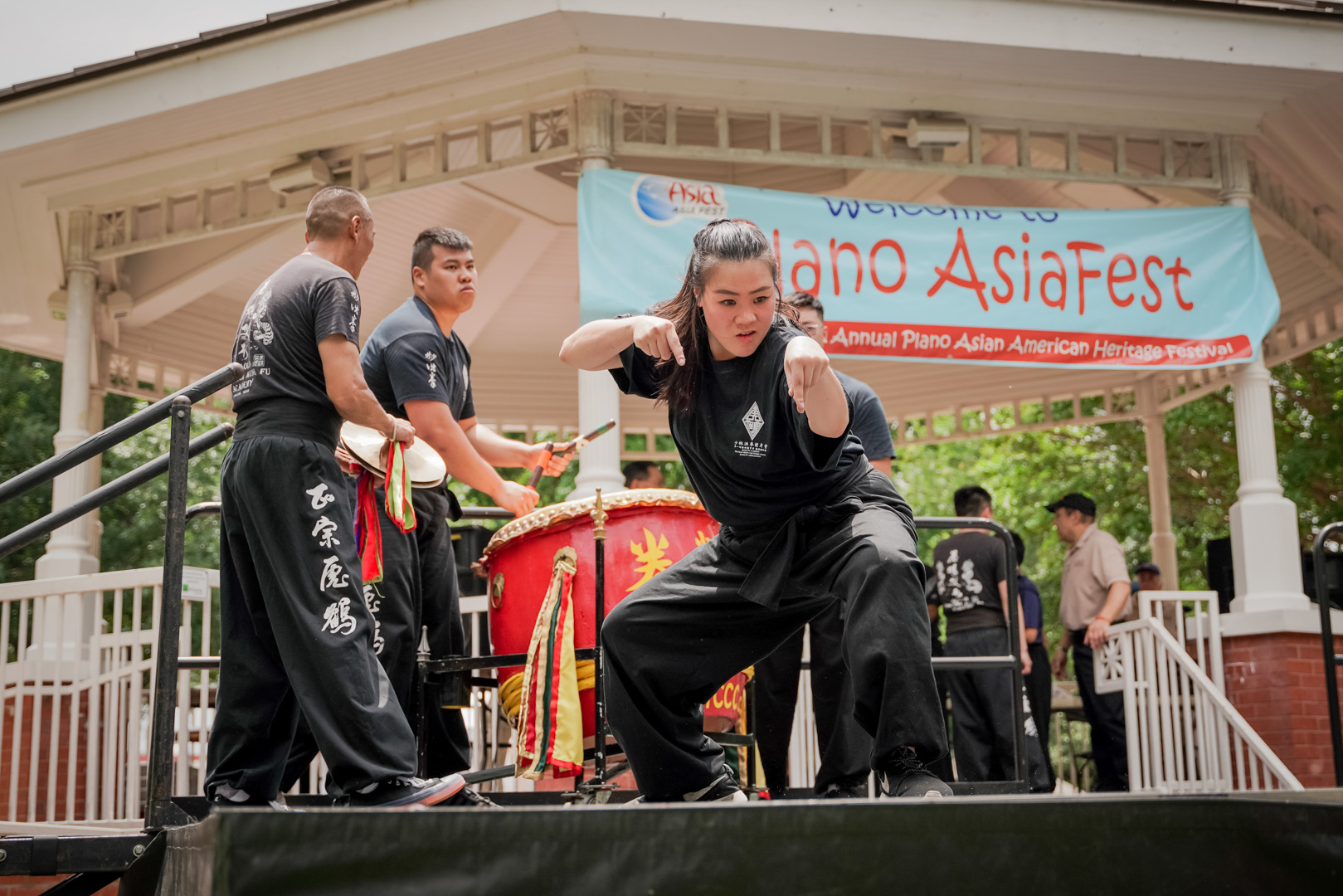 Students of Wang Tao Kung Fu USA performed various techniques of fighting and defending styles on stage, with the assistance of drums and cymbals driving the auditory element which synchronized with the performances.

Kung Fu is a series of fighting styles that has developed over a thousand years in China. This traditional form of martial arts focuses on strategic techniques such as the use of power, agility, balance and perseverance. Kung Fu also improves physical and mental wellness and strength. 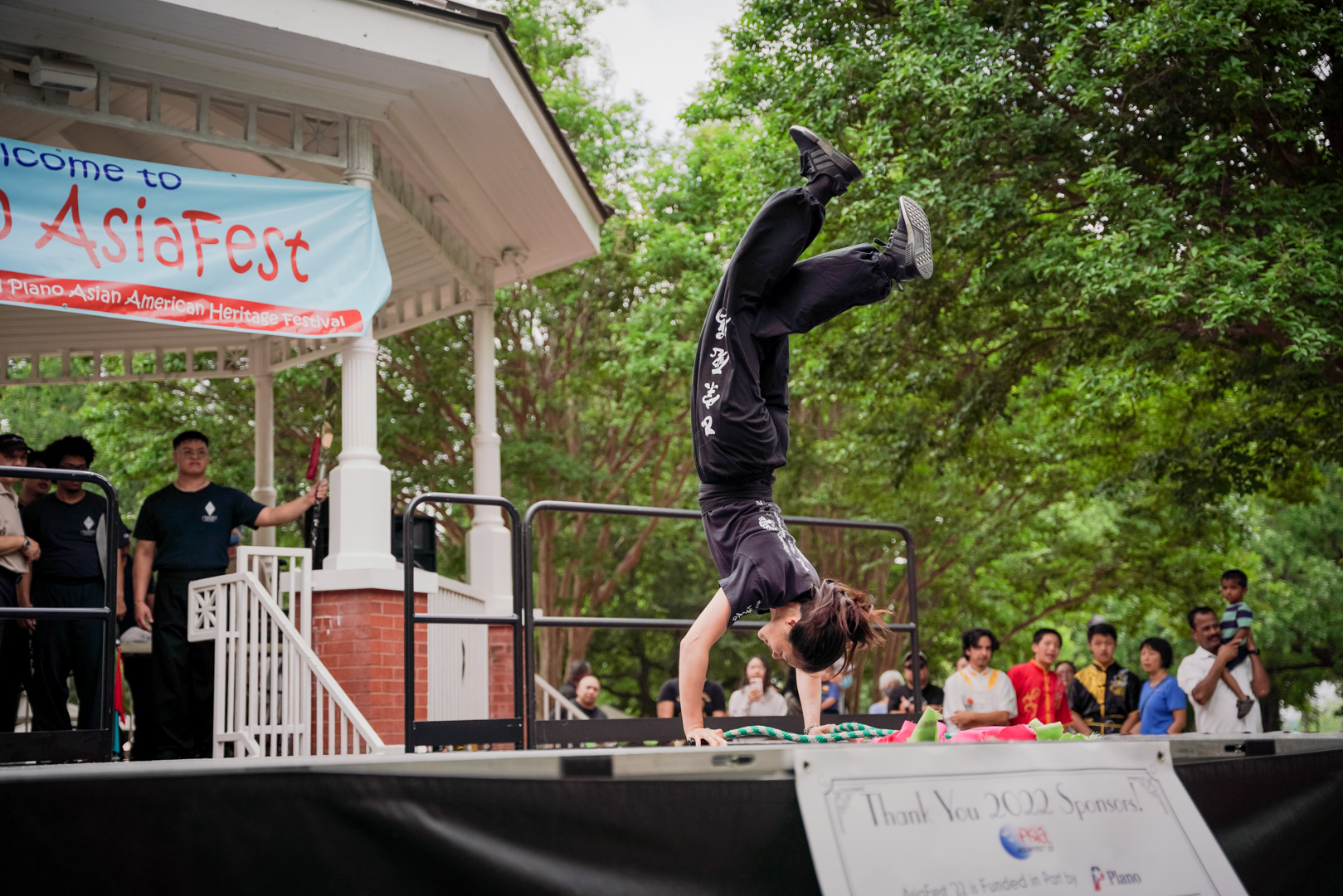 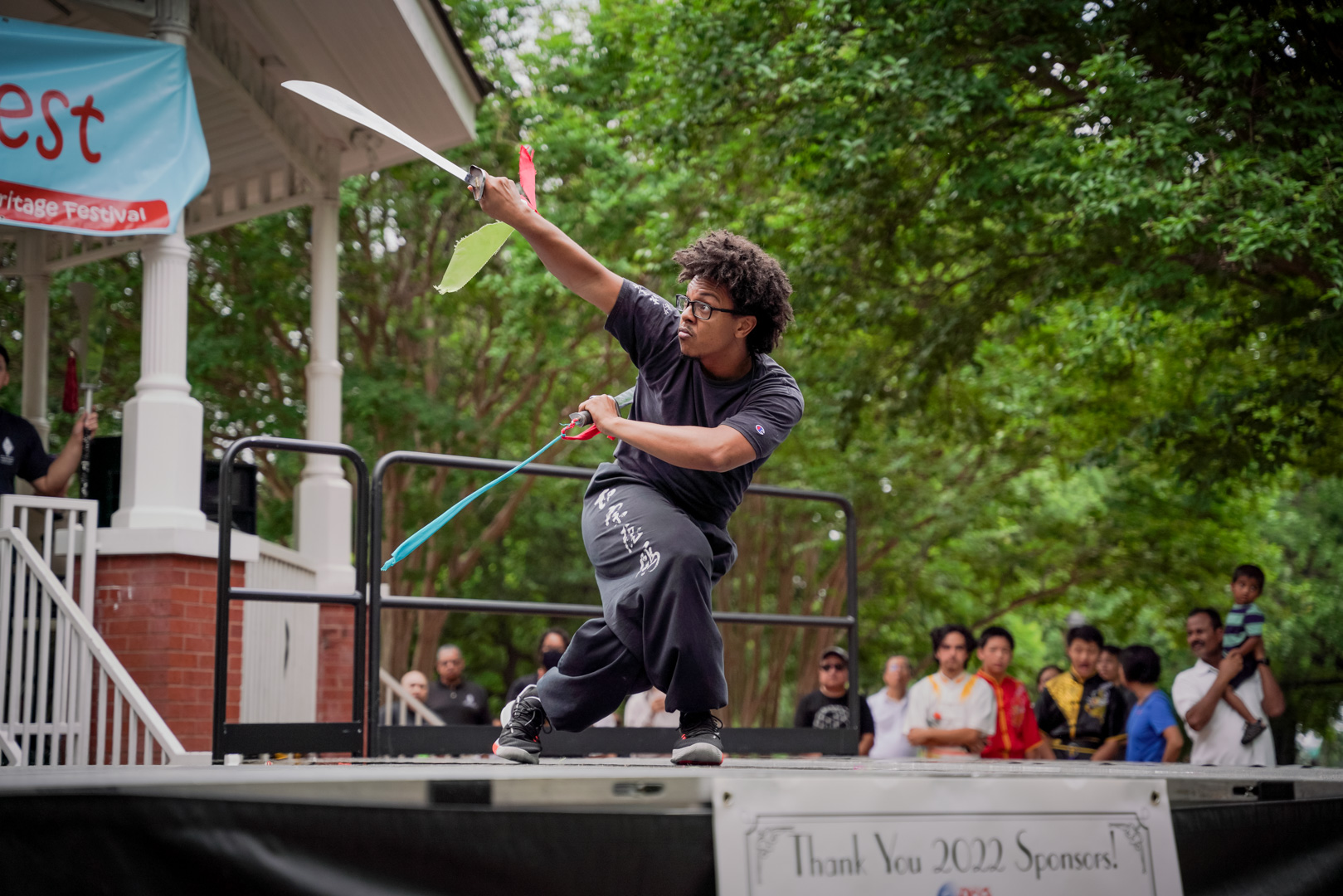 A few members in the Wang Tao Kung Fu USA performed with weapons, including swords and a guandao. Photo: Jessica Waffles

The Yitong Guzheng Studio performed with six young people and four women, showcasing the guzheng – an ancient Chinese musical instrument. The origin of the instrument dates back to before the Qin dynasty, more than 2,000 years ago. People play Guzheng strings with finger nails (or fake nails) to make beautiful sounds with wave-like rich harmonics. Throughout history, Guzheng is used to mimic sounds of flowing water and artistically convey emotions.

Yitong Guzheng Studio was founded in 2017, dedicated to providing education in the art of guzheng music through performance and practice. The performers on the stage were very beginners, some of them just started their guzheng lesson one month ago. 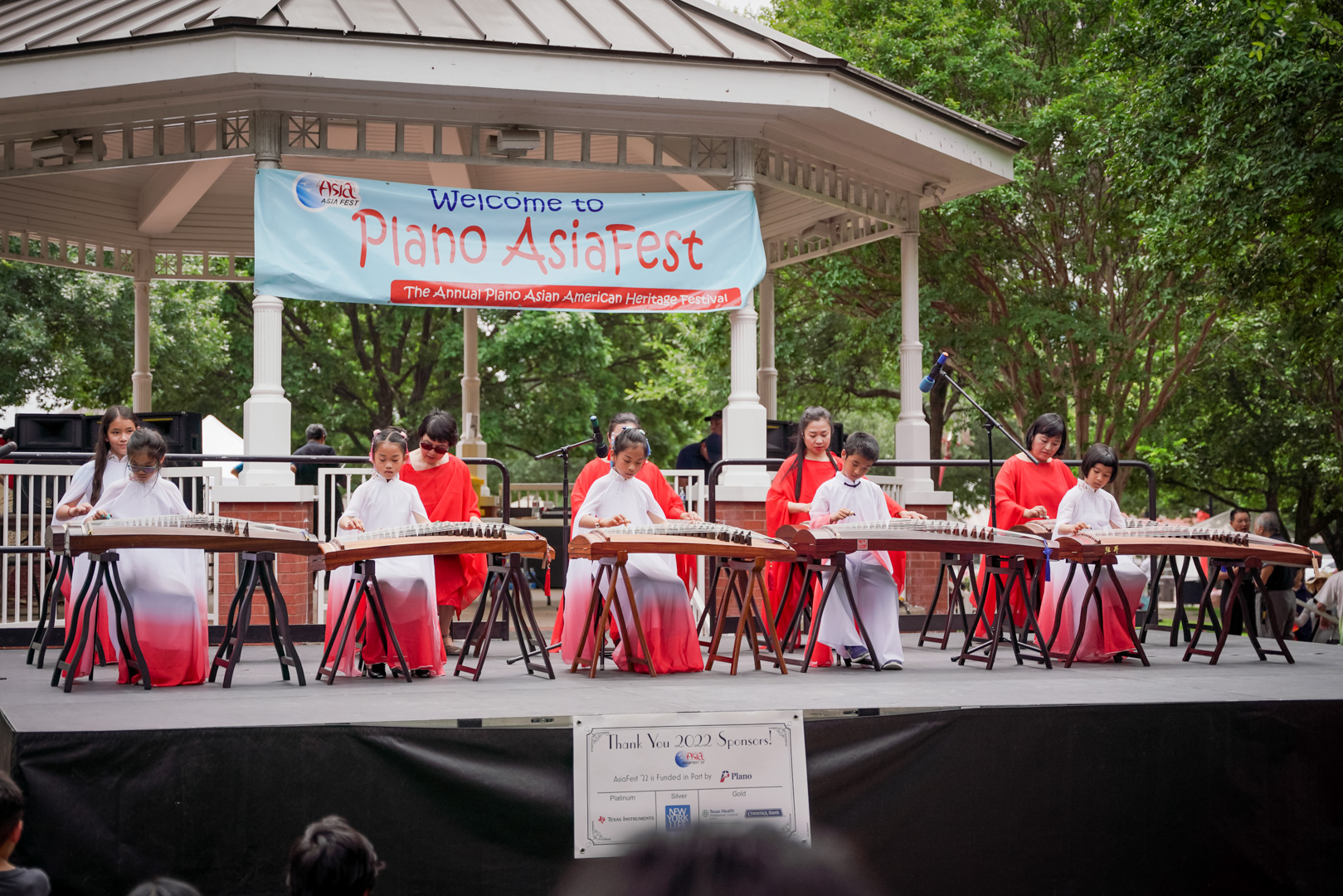 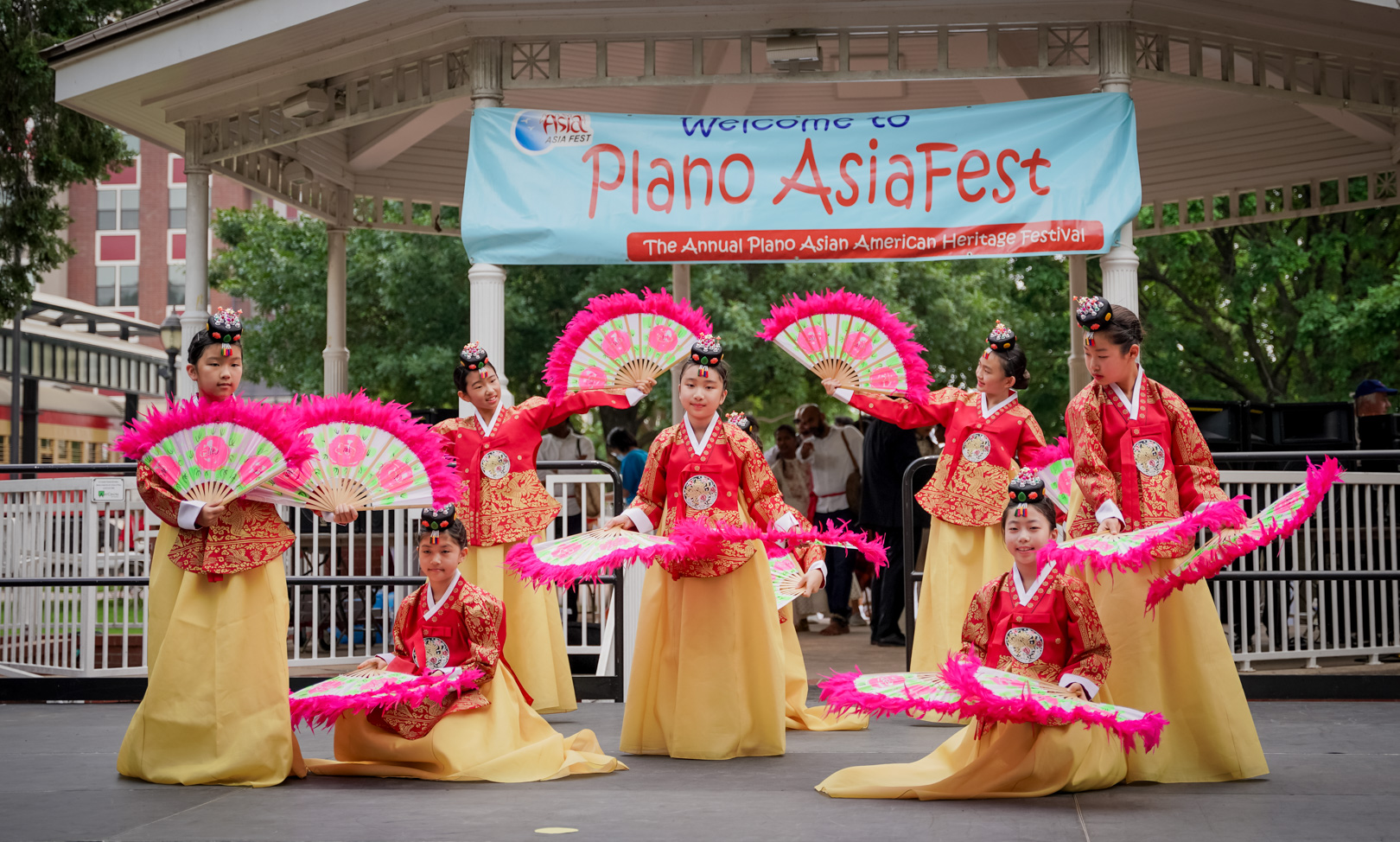 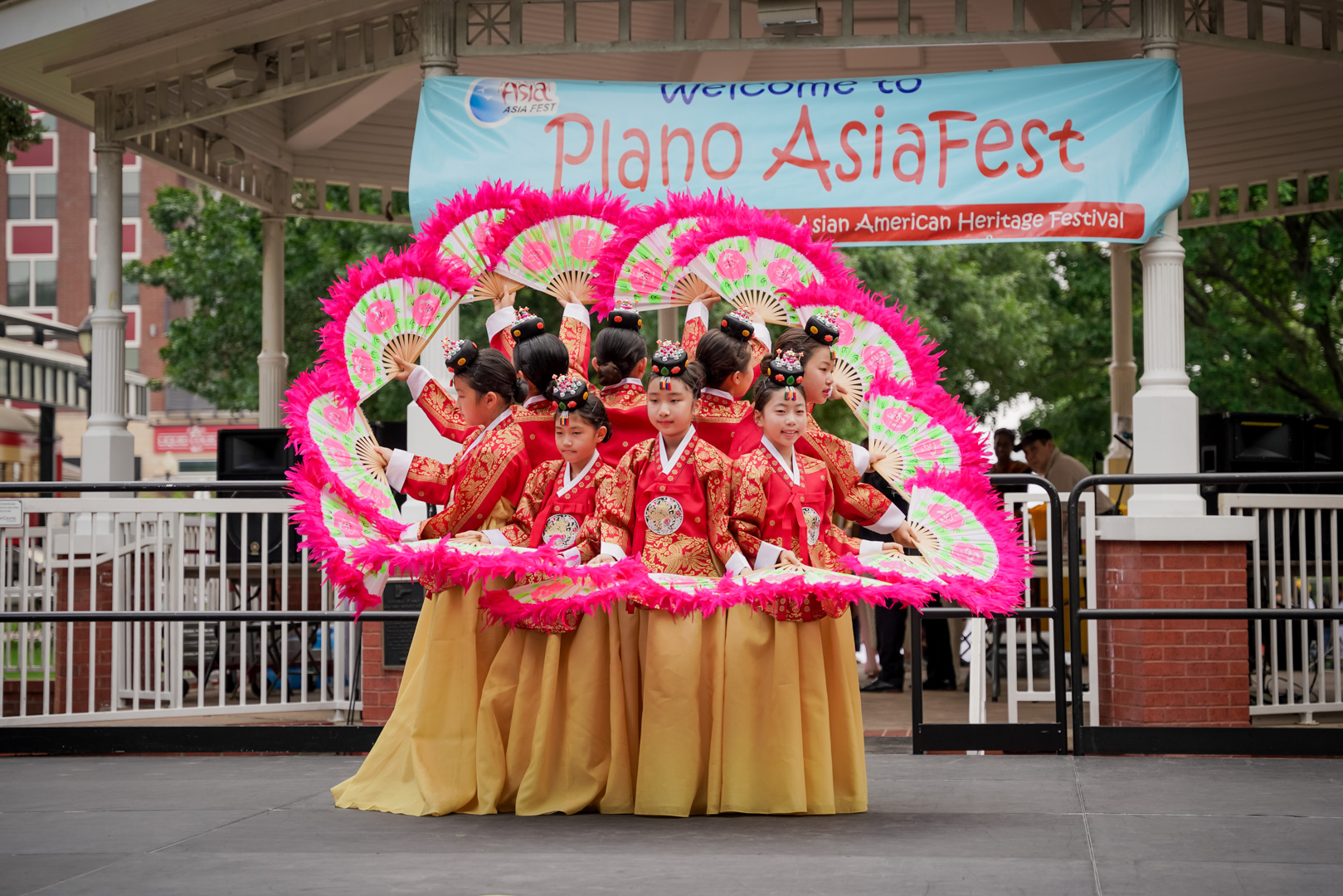 The Buchaechum, also known as Korean fan dance, is a traditional way to represent Korean culture. The dance is performed with large fans painted with pink peony blossoms.

Korean Fan dancing is a traditional way of dancing that denotes and symbolizes nature, and has always be a big part of Korean culture. 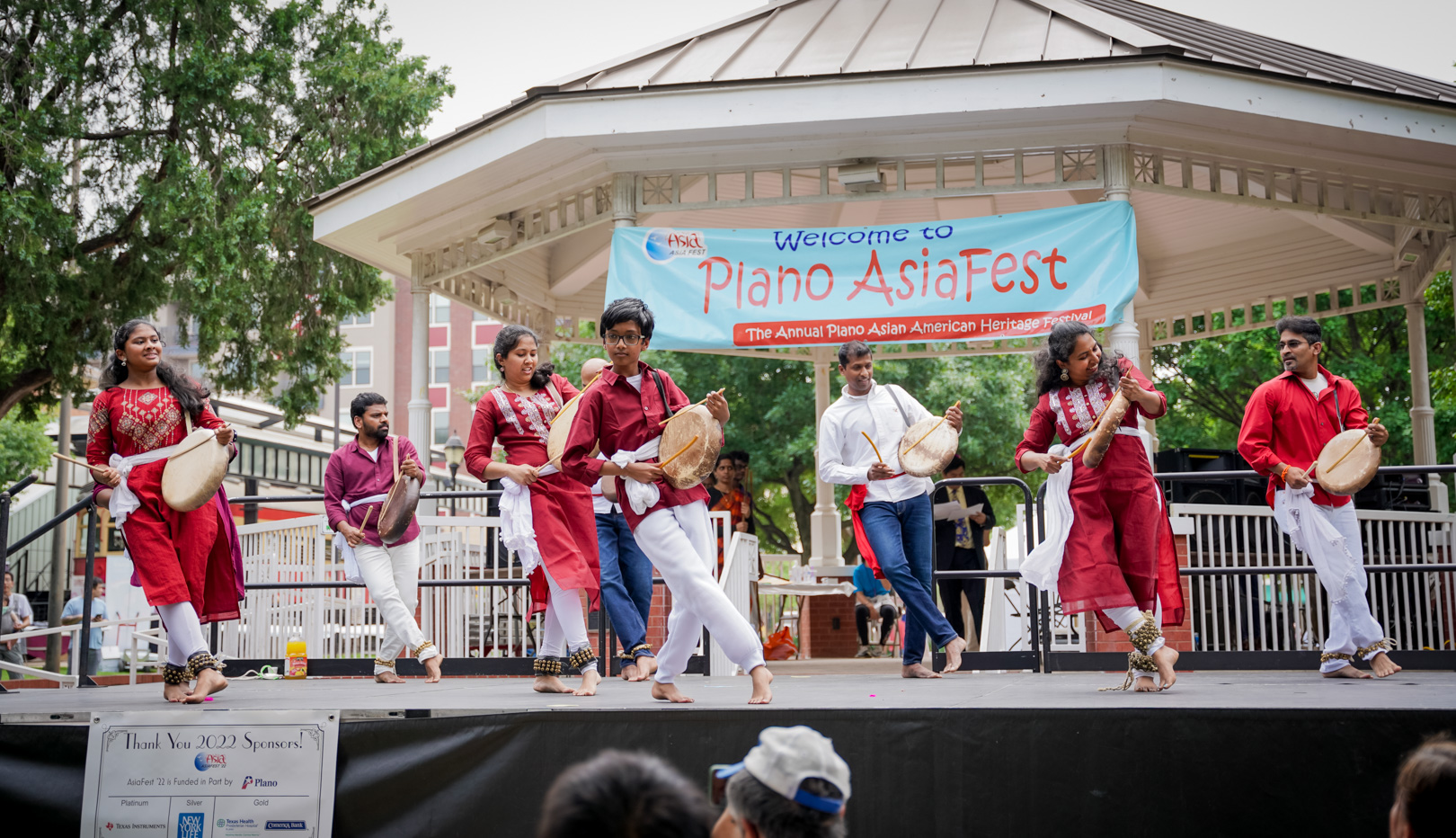 The Parai group performed a dance with traditional percussion and bells attached to the ankles that created music with each step. The parai is played with wood and bamboo sticks to create powerful rhythms. Photo: Jessica Waffles

The Parai group performed a dance with the parai, a frame drum about 35 centimeters in diameter. The parai is played with wood and bamboo sticks to create powerful rhythms.

In olden days, parai was used for multiple reasons, ranging from warning people about the upcoming war, requesting the civilians to leave the battlefield, announcing victory or defeat, stopping a breach of water body, gathering farmers for farming activities, warning the wild animals about people’s presence, during festivals, wedding, celebrations, and worship of nature. 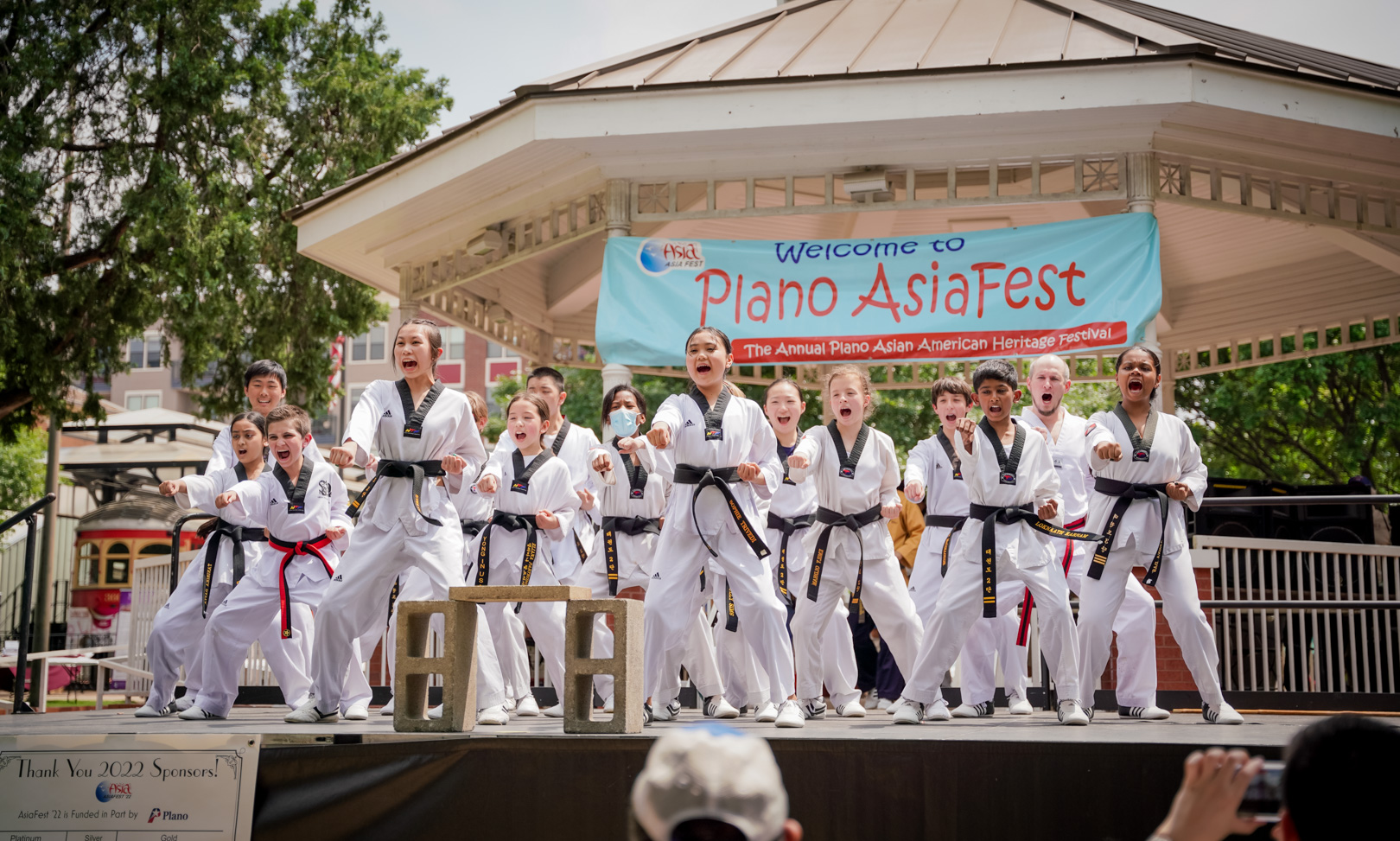 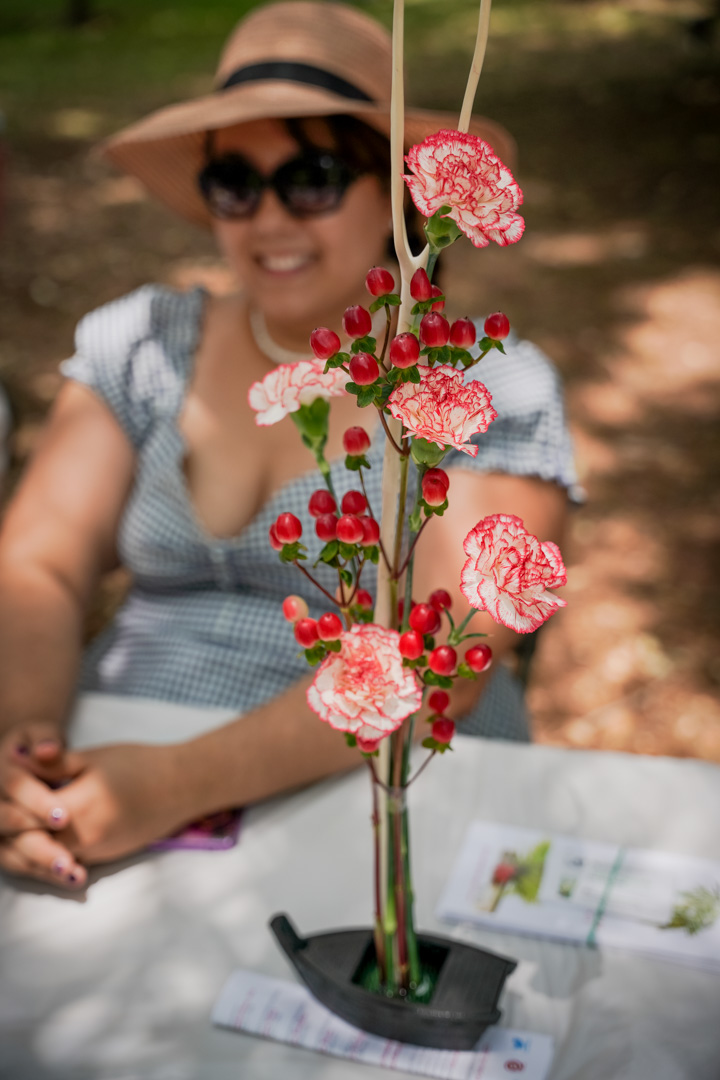 The Ikebana International Dallas Chapter 13 had a booth at the AsiaFest ’22, showcasing the art of ikebana.

Ikebana is the centuries-old Japanese art of arranging flowers. The practice, which roughly translates to “making flowers come alive,” uses carefully selected blossoms, greenery and other flora to convey a specific feeling or emotion to an observer – just as a painting or sculpture might. 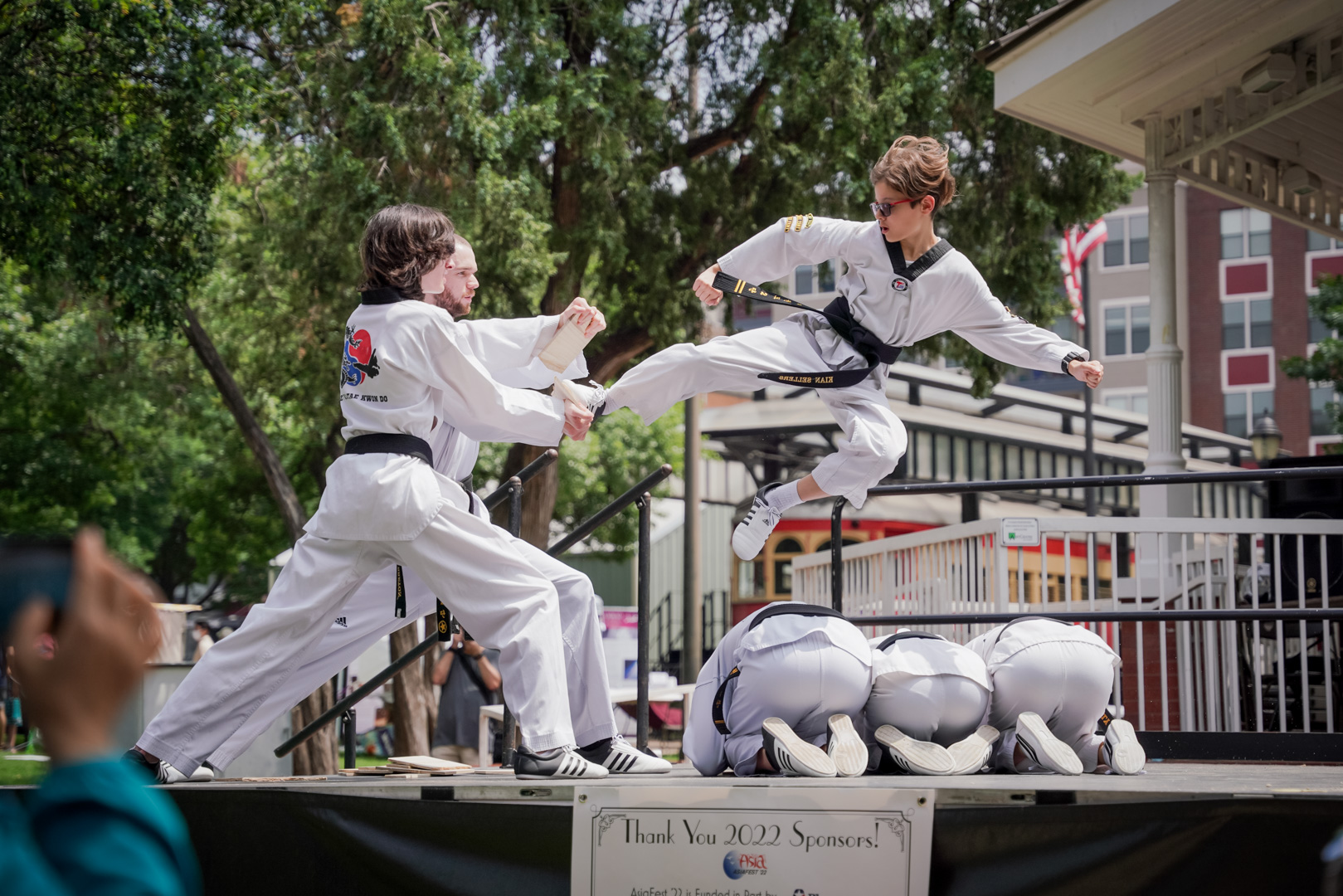 Lee’s U.S Tae Kwon Do has been in teaching children and adults in Plano for over 18 years under the direction of World champion Master Eun Ig Lee. Photo: Jessica Waffles

Lee’s U.S. Taekwondo Academy did many demonstrations of the martial art, including the breaking of a cement block, wood boards and the use of nunchaku (nunchucks).

Tae Kwon Do, originated in Korea. According to the academy’s website, the practice was officially introduced as an Olympic sport in 2000. Tae Kwon Do is admired for its wide range of high, powerful kicks, powerful hand strikes, and strong defensive techniques. But Tae Kwon Do is much more than a sport, it is a philosophy.

The ultimate goal of Te Kwon Do is self-improvement through discipline of the mind and conditioning of the body. The specialized training develops concentration and confidence while emphasizing respect and responsibility. It expands aerobic capacity, strengthens and tones muscles, increases flexibility, and improves coordination and balance. 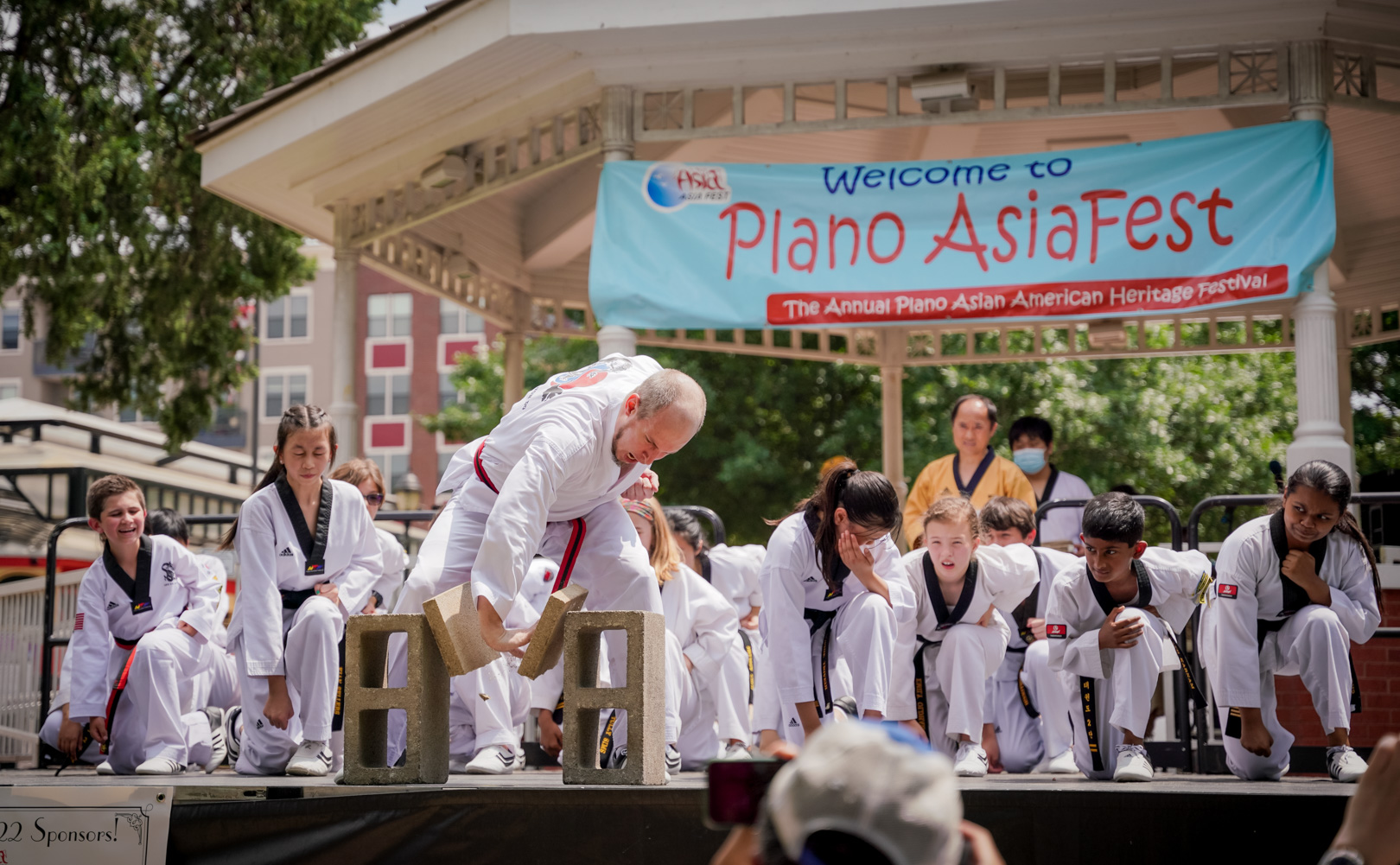 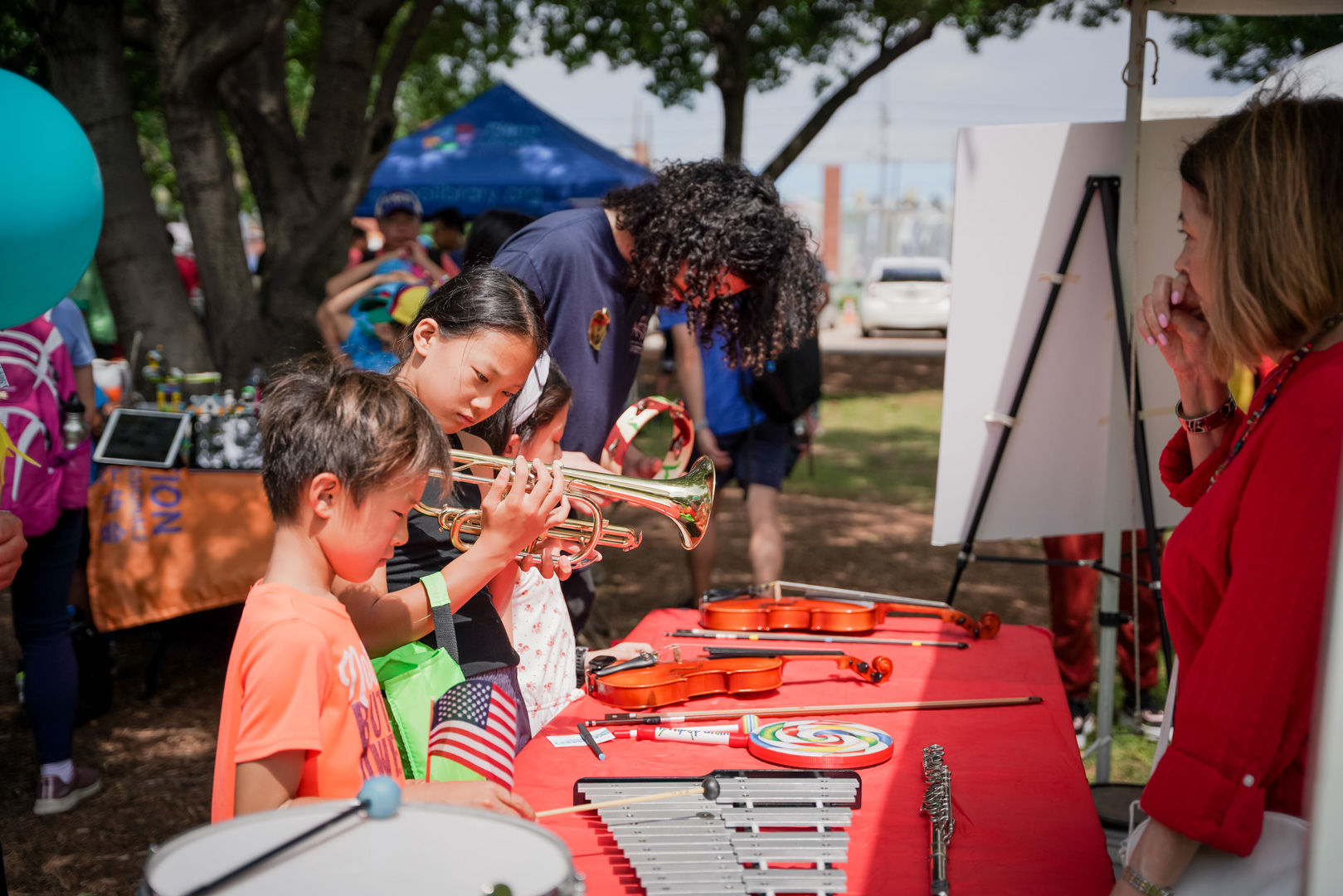 Many children had the opportunity to have a hands-on experience with musical instruments at the Plano Symphony Orchestra both. Photo: Jessica Waffles 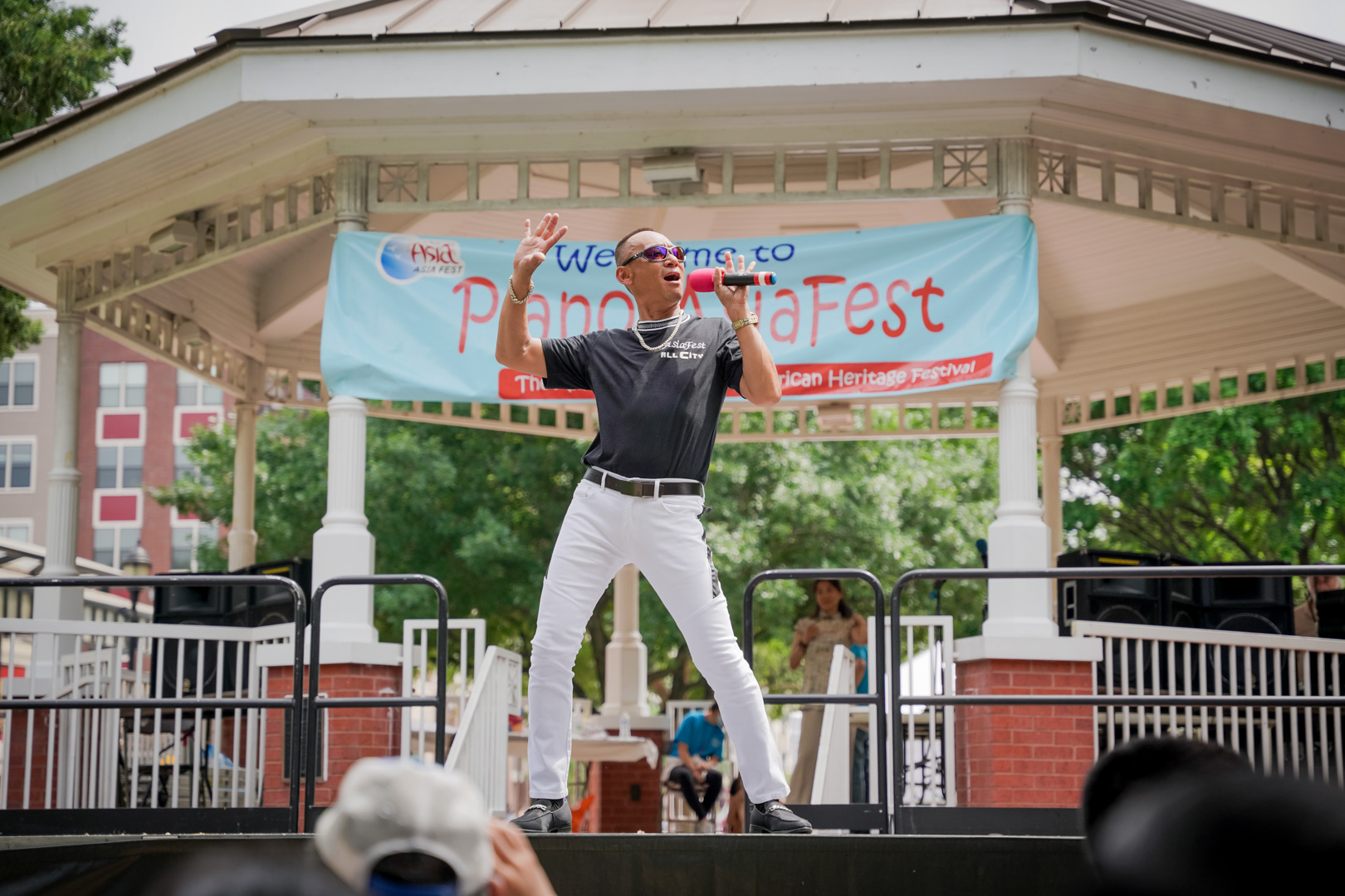 The Opihi Gang Hawaiian Band performed Hawaiian music at AsiaFest ’22. Members have ties to Oahu, Molokai, Philippines, Okinawa, Honshu, and Maui. The Opihi Gang has been together in the DFW area for more than 10 years, performing at luaus, private parties, weddings, and many communities. Lead ukulele is Tony Kalawe and band leader/lead guitar is Uncle Wayne Kahanu.

For those interested in learning more about AsiaFest, you can visit the Celebrating Asian American Heritage Website. A full live stream from the event can be found on YouTube. 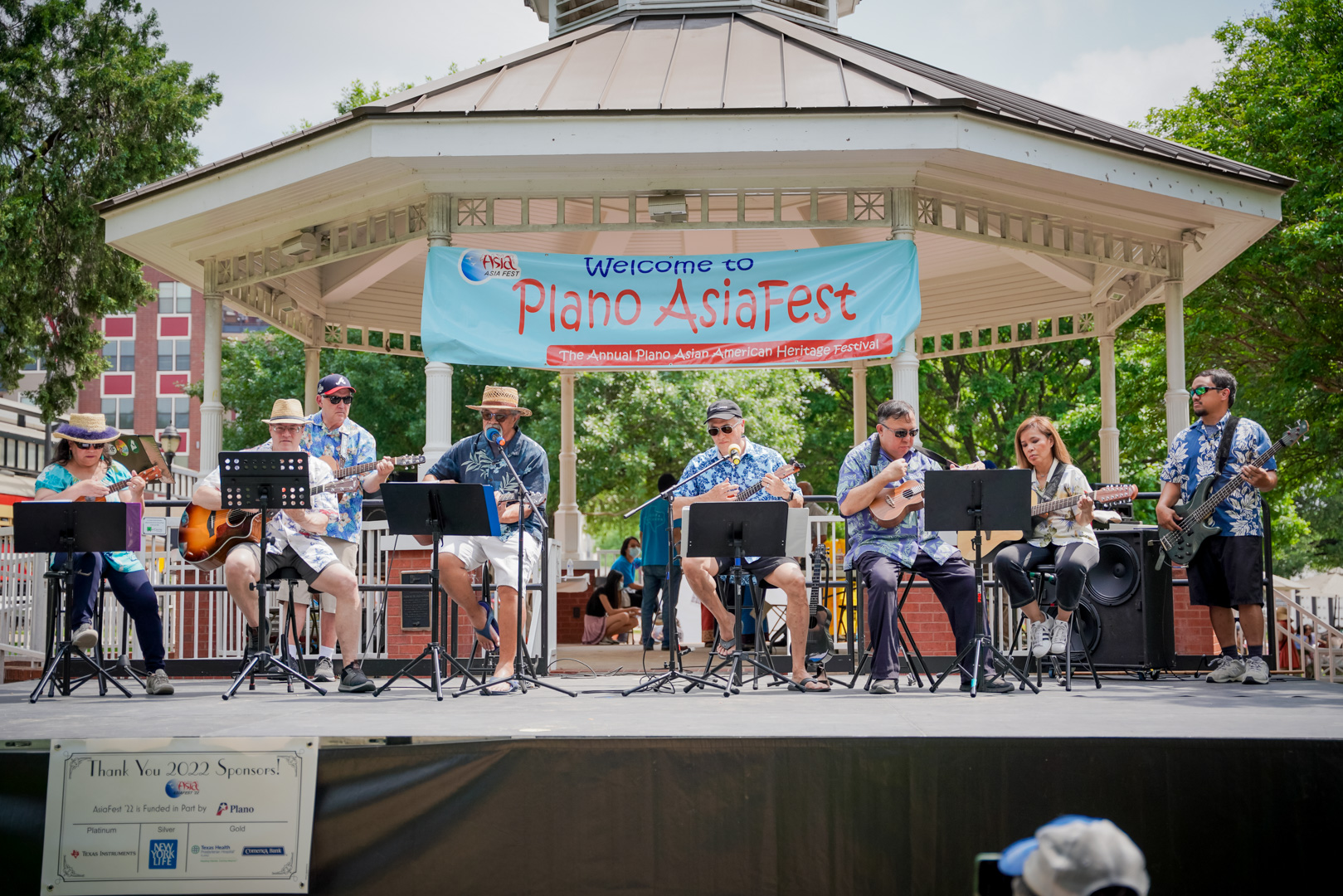