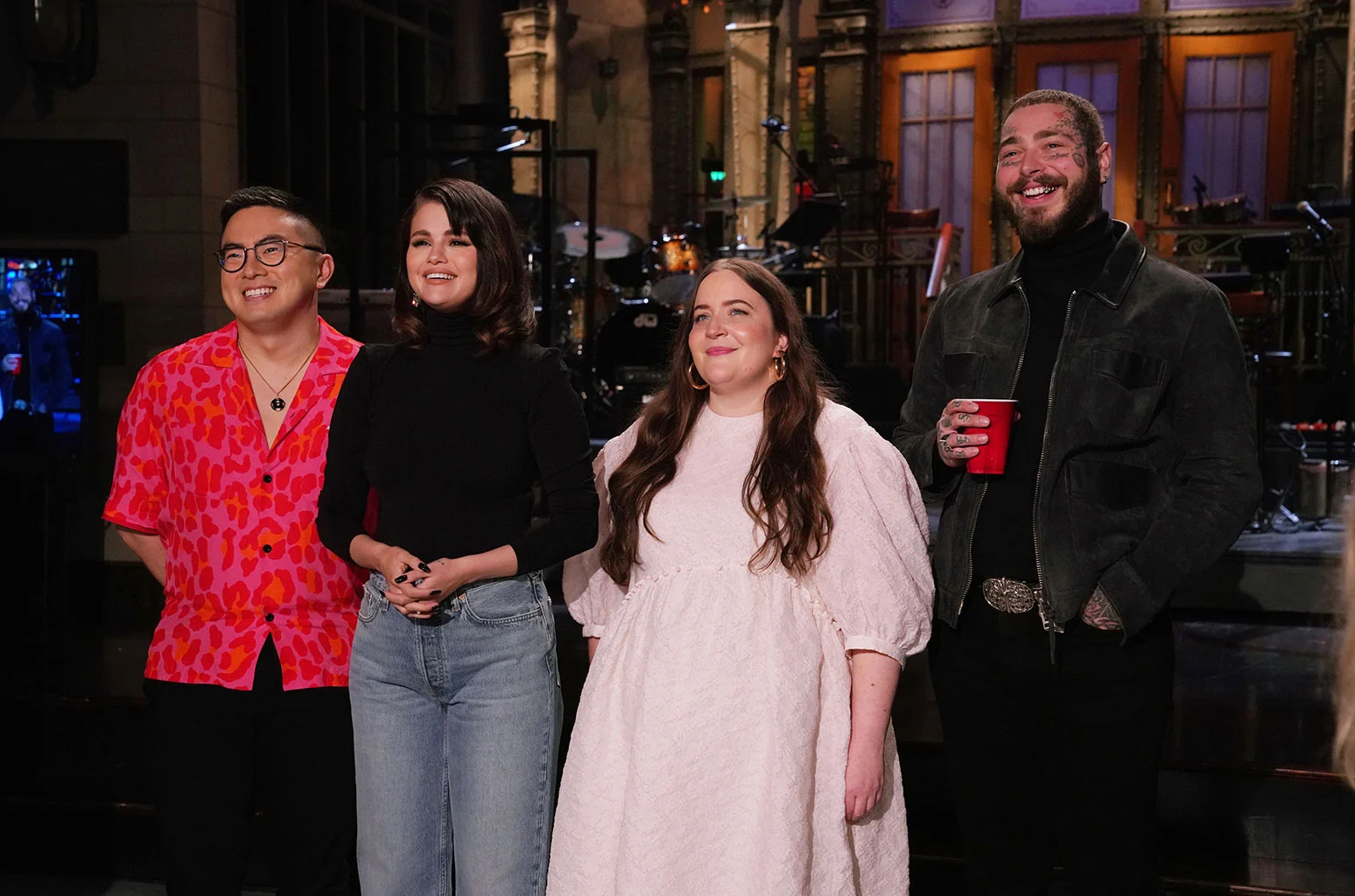 An unofficial North Texas takeover is set to happen on Saturday Night Live this week, when two locally-grown A-listers — Grand Prairie’s Selena Gomez and Grapevine’s Post Malone — will appear on the program Saturday, as host and musical guest, respectively.

Over the years, Saturday Night Live has had ample representation from North Texas in both the host and musical guest slots: Dallas’ Meat Loaf, Fort Worth’s Delbert McClinton and Ornette Coleman made appearances early in the show’s run, while Fort Worth’s Bill Paxton and the Mesquite-raised Jerry Hall held down hosting duties at various points in the past.

The 29-year-old multi-hyphenate — a veteran of Barney & Friends and the Disney Channel, the child actor has also branched out into a successful music career as well as film and TV production — is returning to SNL six years after she last appeared in Studio 8H. It’s been a minute since she last focused on music (that would be 2021’s underrated, Spanish-language EP Revelacion), and has instead kept busy with acting and producing roles, including on the wildly popular Hulu series Only Murders in the Building, which returns for its second season June 28.

The man born Austin Post is also keeping busy, splitting his time between the recording studio and film sets. While making appearances in movies like Netflix’s “Spenser Confidential” and the theatrical release “Wrath of Man,” the 26-year-old rapper, singer-songwriter and producer has kept his primary focus on music. With more than 80 million records sold, he’s one of the biggest names in modern pop music, and will likely only burnish his multi-platinum reputation with the June 3 release of his fourth studio effort, Twelve Carat Toothache, recorded amid the pandemic. The lead single, “One Right Now,” features the Weeknd.