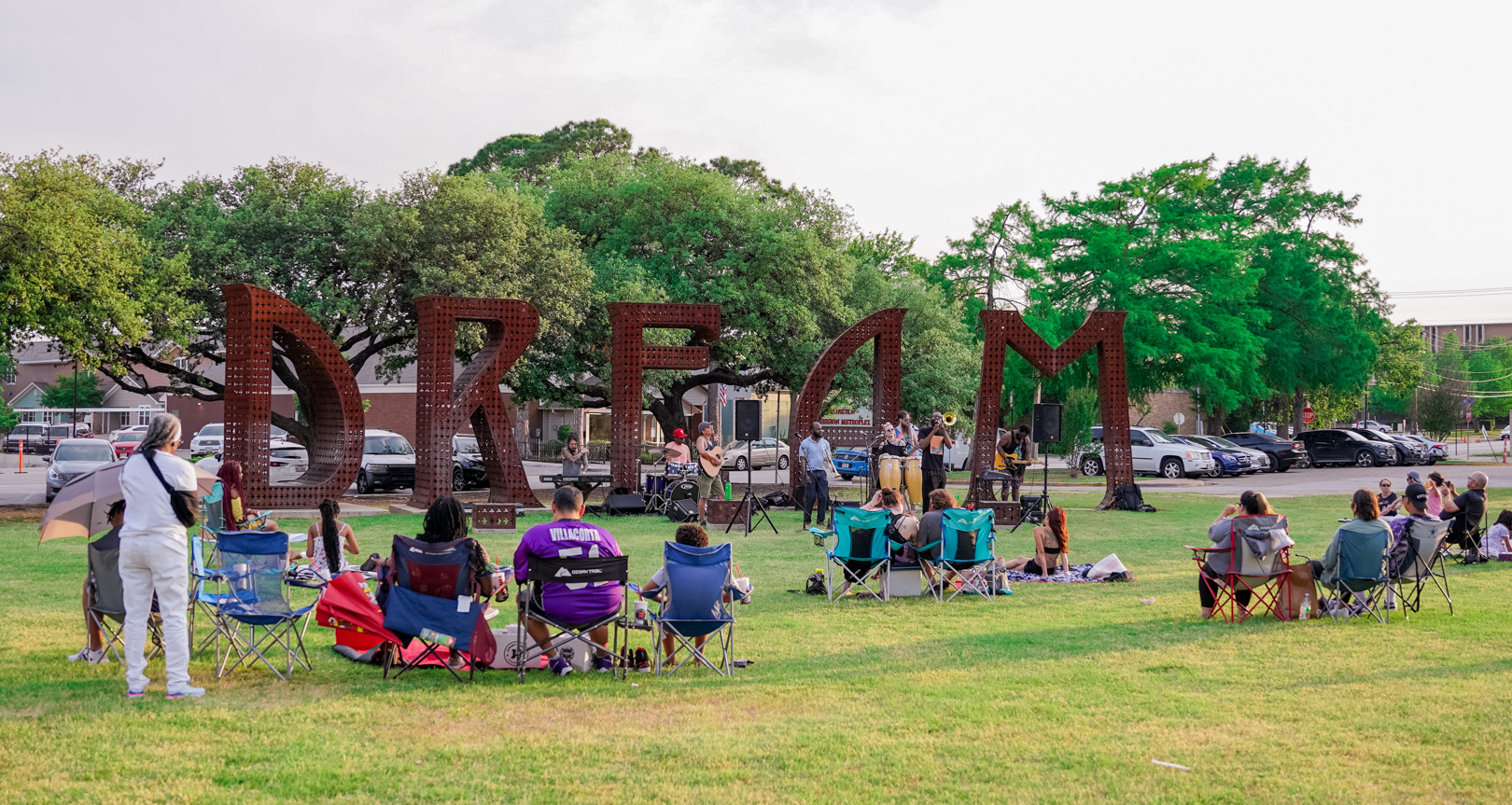 Artemis Funk performs in front of the DREAM sculpture in downtown Arlington, which was created by Laura Kimpton and Jeff Schomberg in 2015. The sculpture is the 7th word in their “BIG WORD” series, which include “BELIEVE” and “LOVE” that were featured at Burning Man. Photo: Jessica Waffles

In the summer of 2014, the city of Arlington branded themselves “The American Dream City.”

Shortly after, the DREAM art installation created by Laura Kimpton and Jeff Schomberg was brought to Downtown Arlington. It is the seventh word of the “BIG WORD” series by the artists. Prior to its residence on Abram Street, the piece was featured at Burning Man – where other pieces in the series showed as well.

On Tuesday, Arlington band Artemis Funk performed in front of the DREAM installation as part of the Takeout Tuesday series put on by Downtown Arlington. Attendees were encouraged to purchase takeout from local restaurants to bring to the park and enjoy the free live music.

“The goal with the whole thing is to show off the downtown spaces and walkability,” Community Development Manager Garret Martin said. “There’s so many local businesses and green spaces in Arlington for people to discover.” 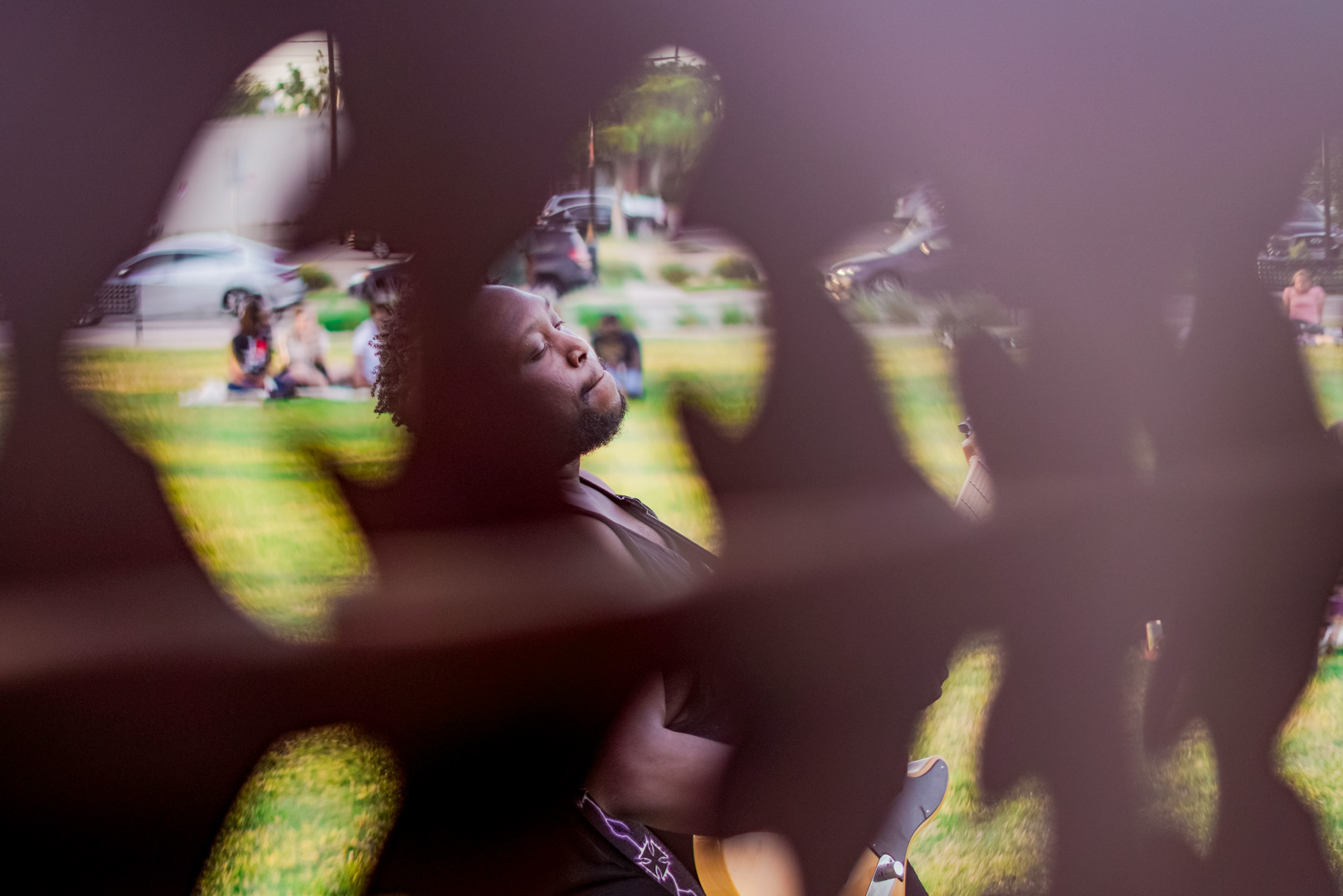 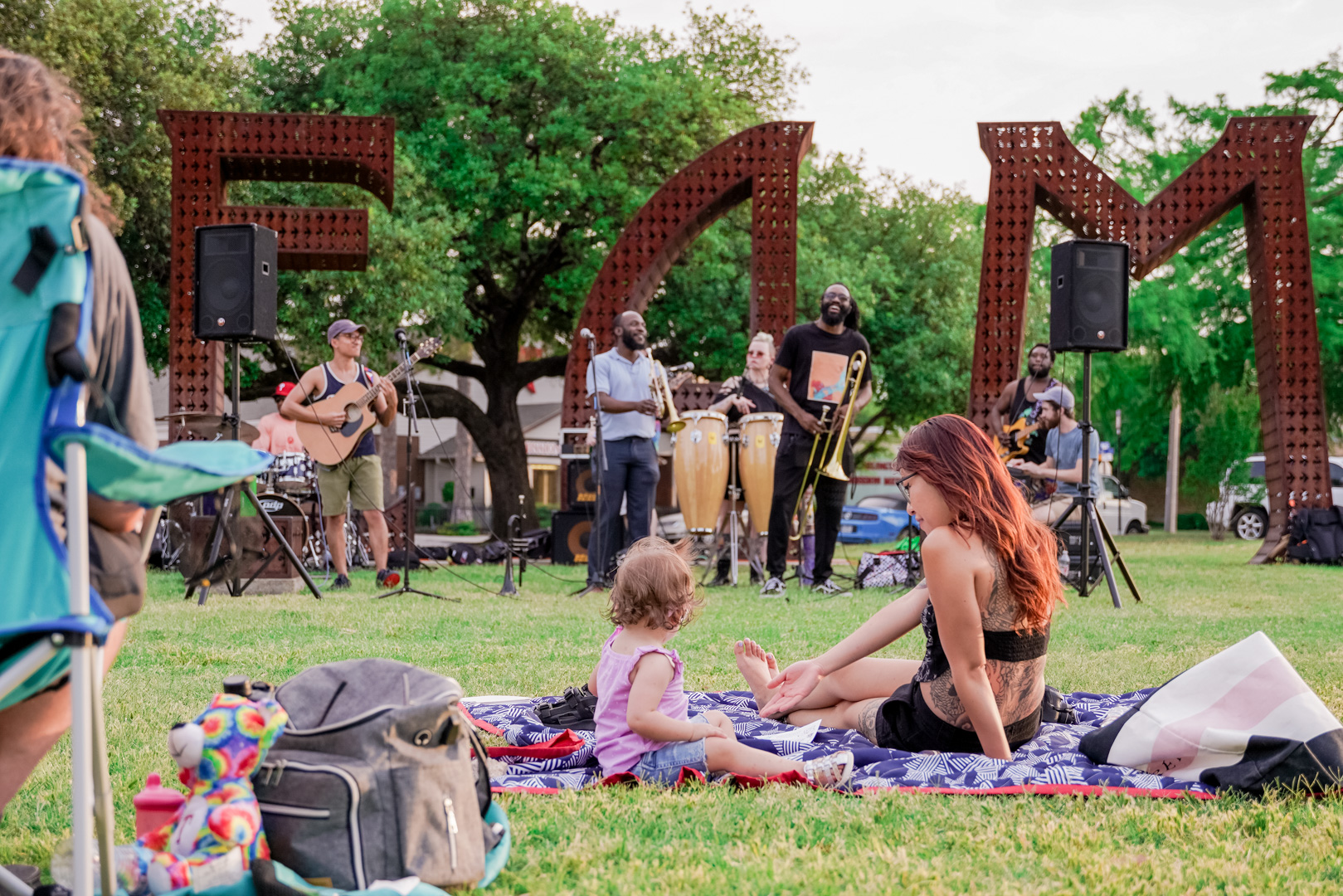 Most of the members of Artemis Funk have been playing together since the summer of 2018, when Gabriel Parker (trumpet/vocals), Patrick Pombuena (saxophone/vocals/guitar) and their first drummer (not current) started jamming at J. Gilligans in Arlington.

“Within two weeks of playing together, we got our first three hour gig,” Parker said. “If took off from there.” 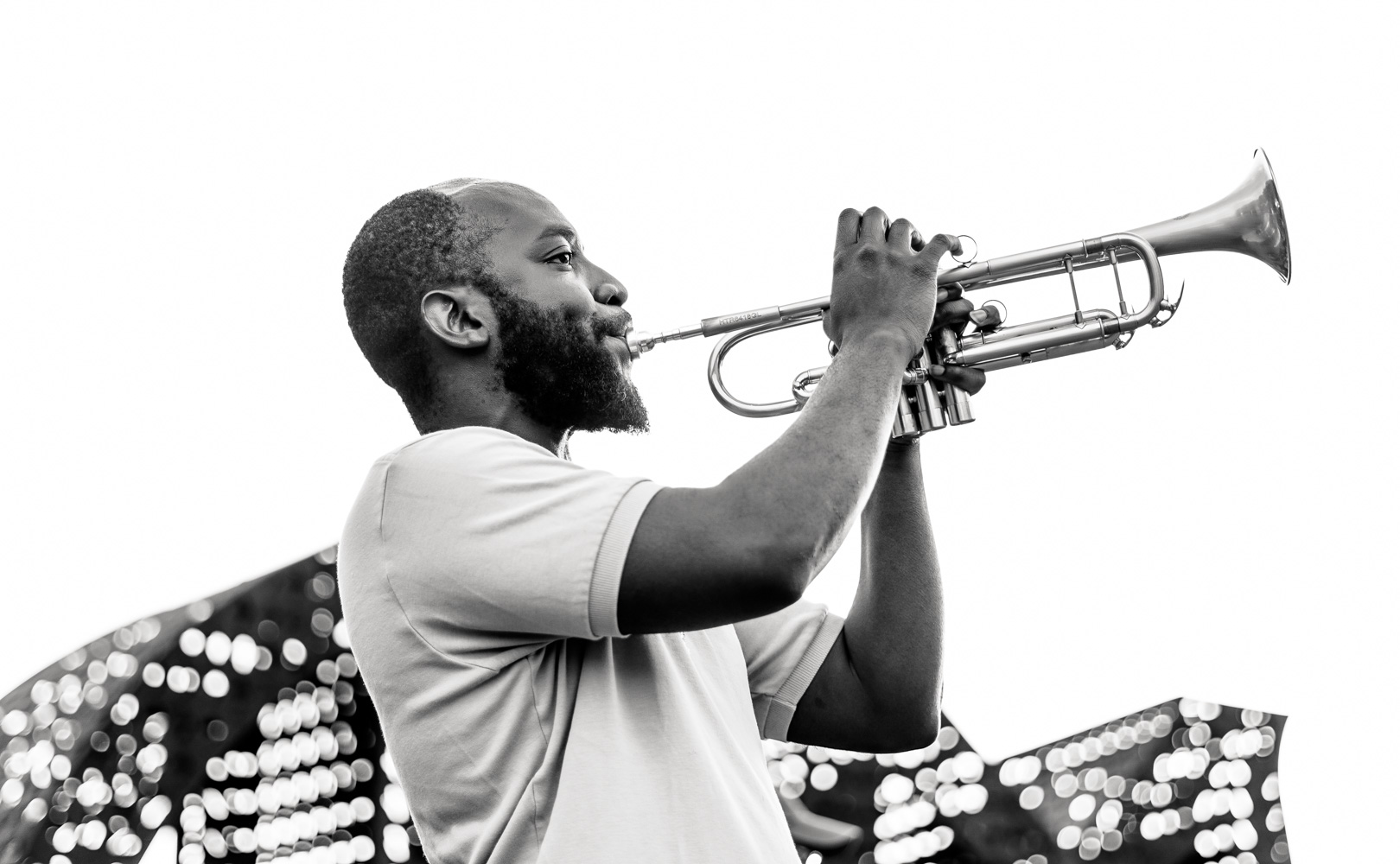 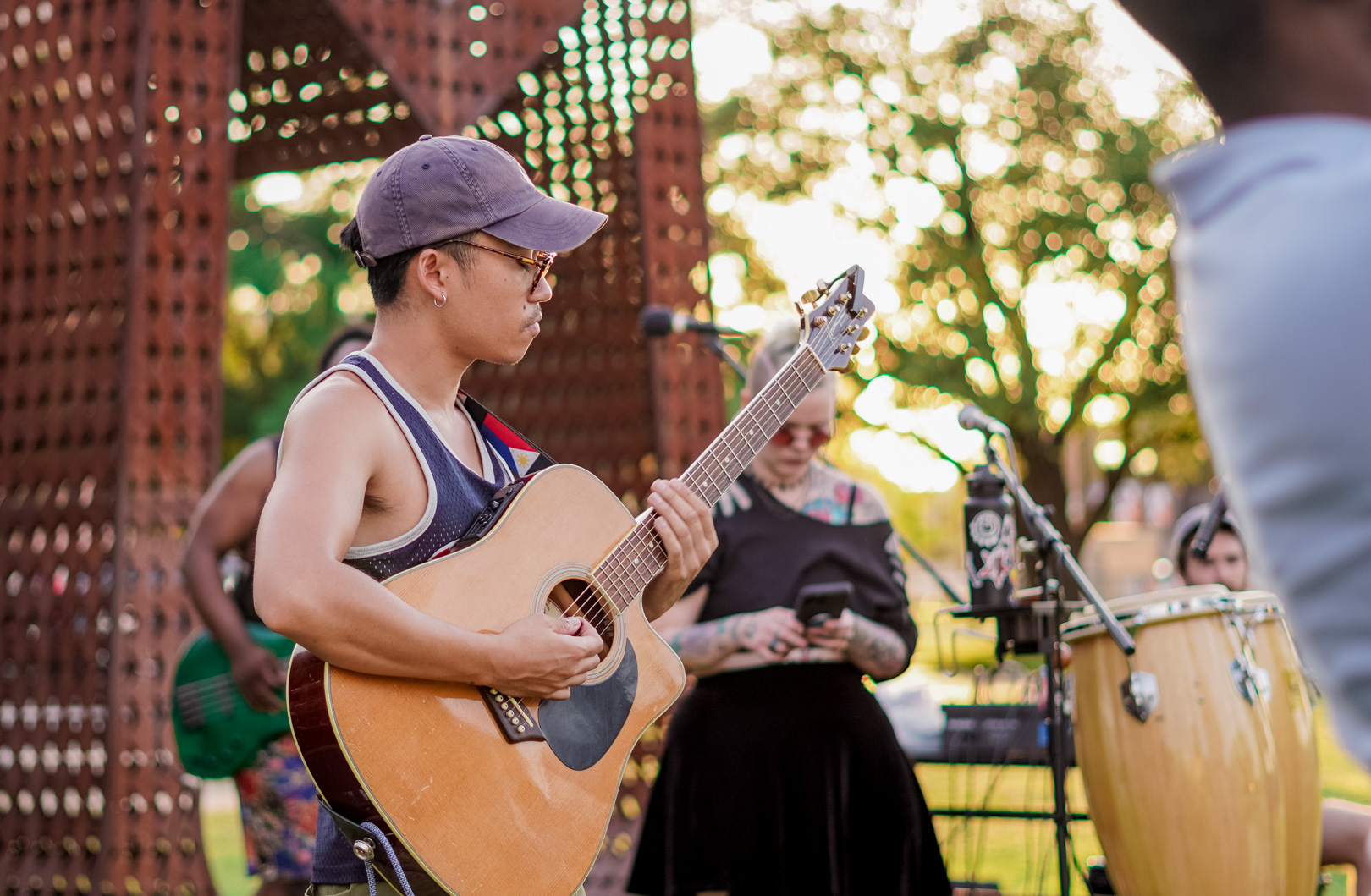 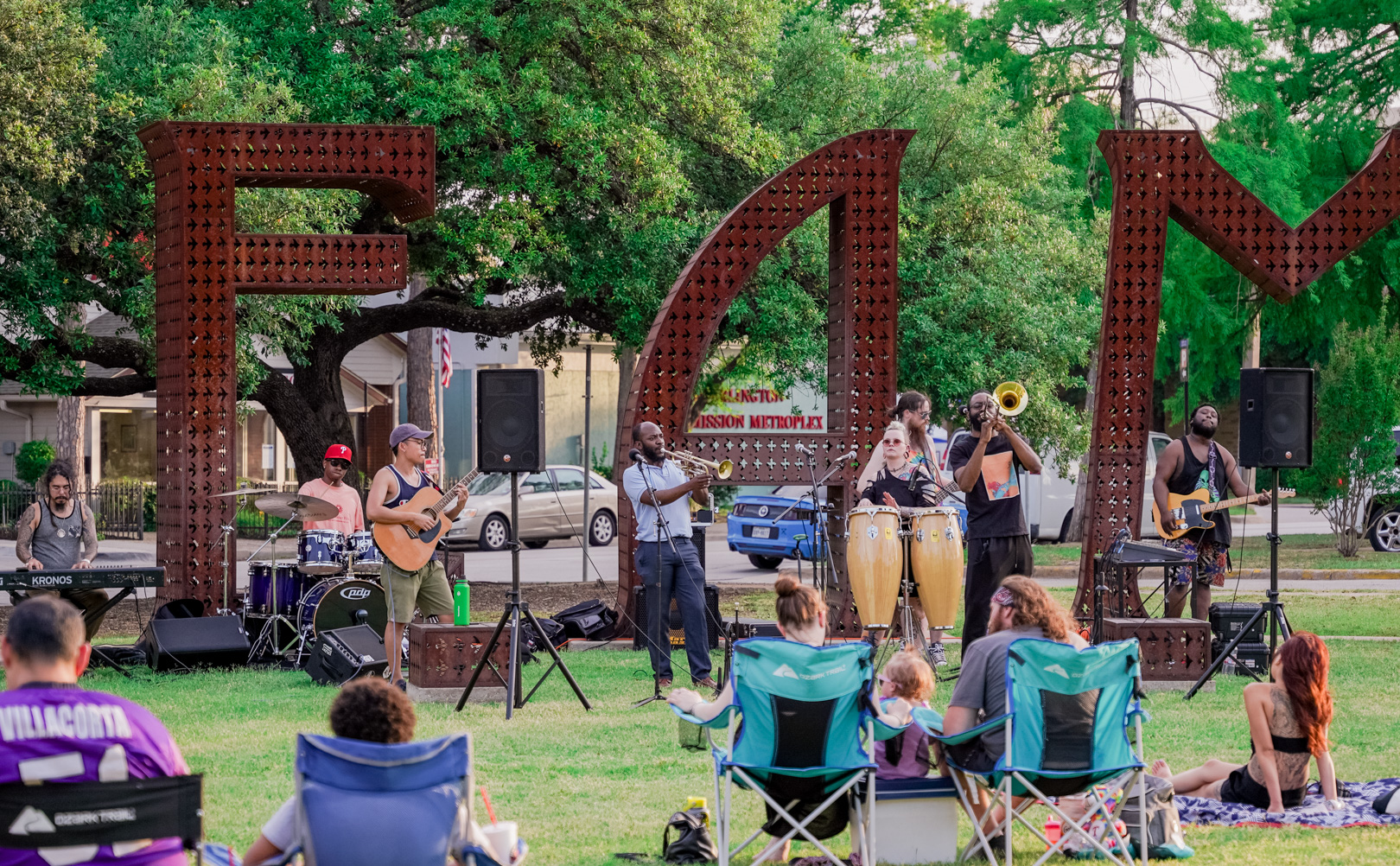 The band collaborates in writing music, oftentimes with Parker, Pombuena and Reed doing the heavy lifting in writing the riffs and lyrics to create the basic structure of songs. This band of eight musicians creates a well-woven tapestry of sound, keeping audiences on their toes during their set as different members take the lead in various songs.

“We’ve gone through a lot of trial and error figuring out how to manage so many people,” Parker said. “Whatever strikes first is usually what we’ll roll with and make into a song.” 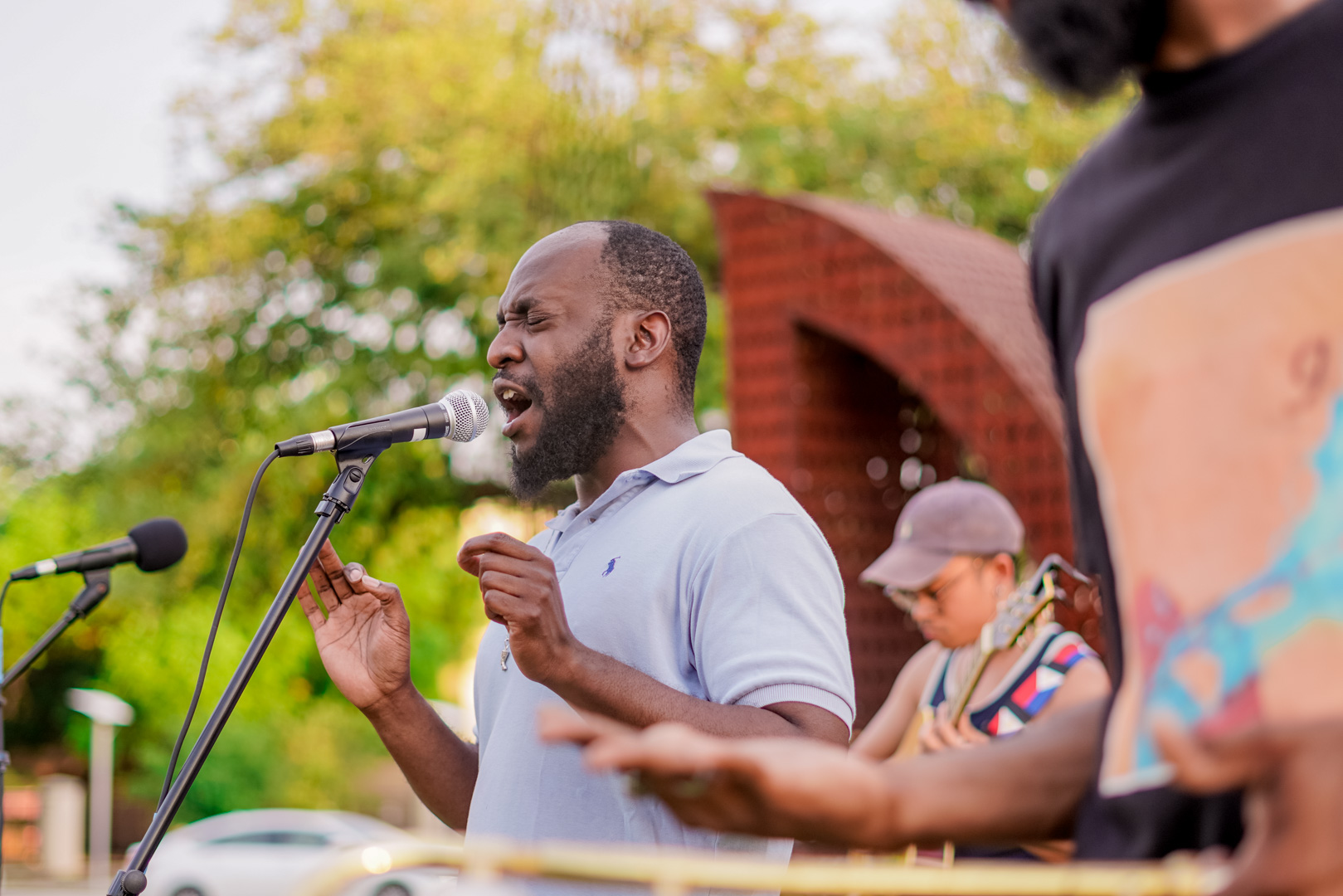 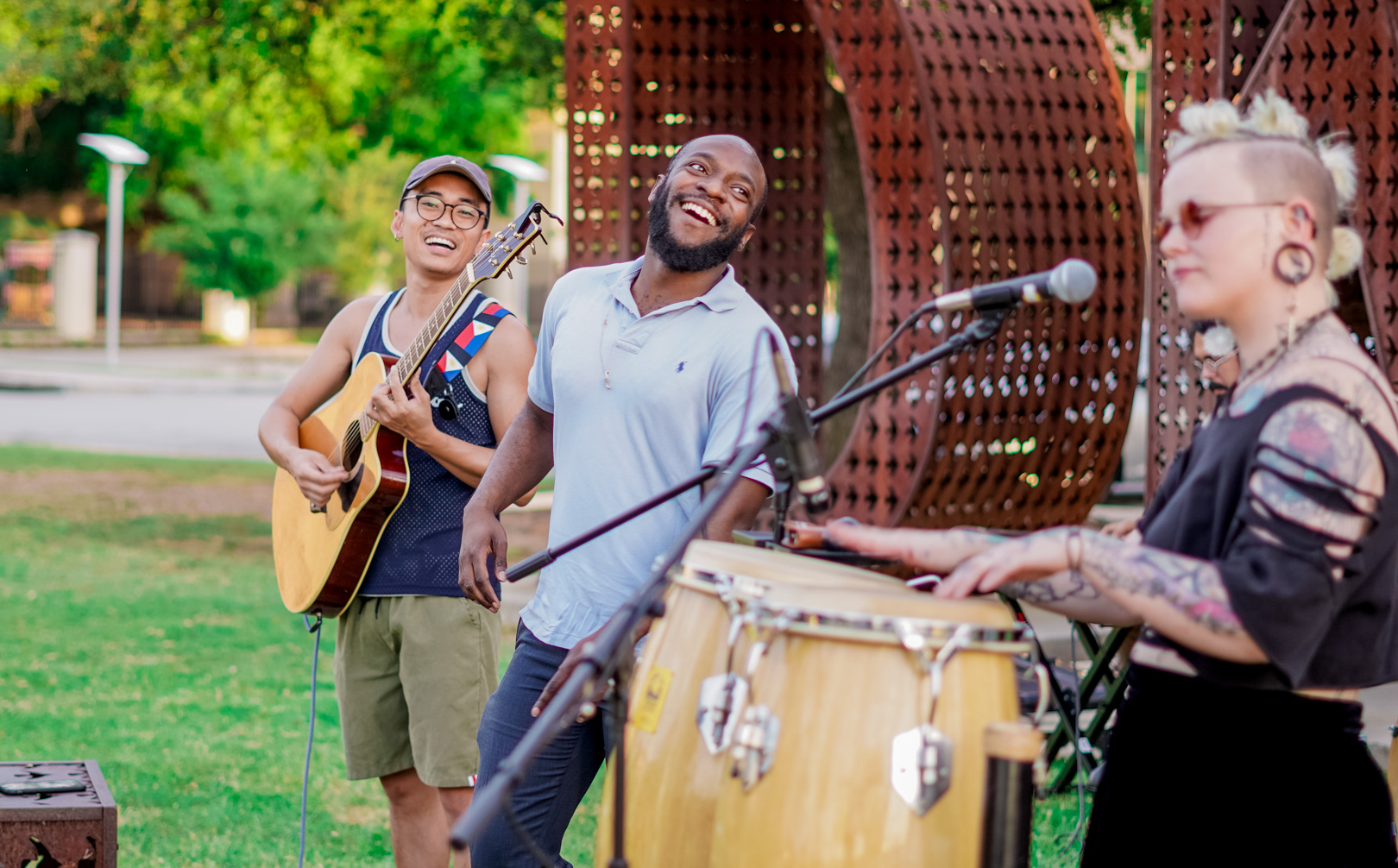 The band released an EP in 2019 called F5, and a single in 2020 called “Easy,” which is a dreamy tune that touches on the struggles of life and coming of age. Pombuena and Parker share smooth vocal lines that puts one’s heart at ease as they contemplate the future that lies ahead. It’s like drifting by an island somewhere in a sailboat, knowing you’re the captain of your own ship as you face the wind and outstretched sea.

Artemis Funk’s unique sound and plethora of talent meld together a super-group that delights in their live performances and recordings. They are in the early stages of recording a full-length record, with hopes to have it ready to release by this Fall.

Downtown Arlington plans to host another Takeout Tuesday on June 21 under the trees by PNC Bank at he corner of Abram St & Center St featuring jazz music by Mossy Trio. 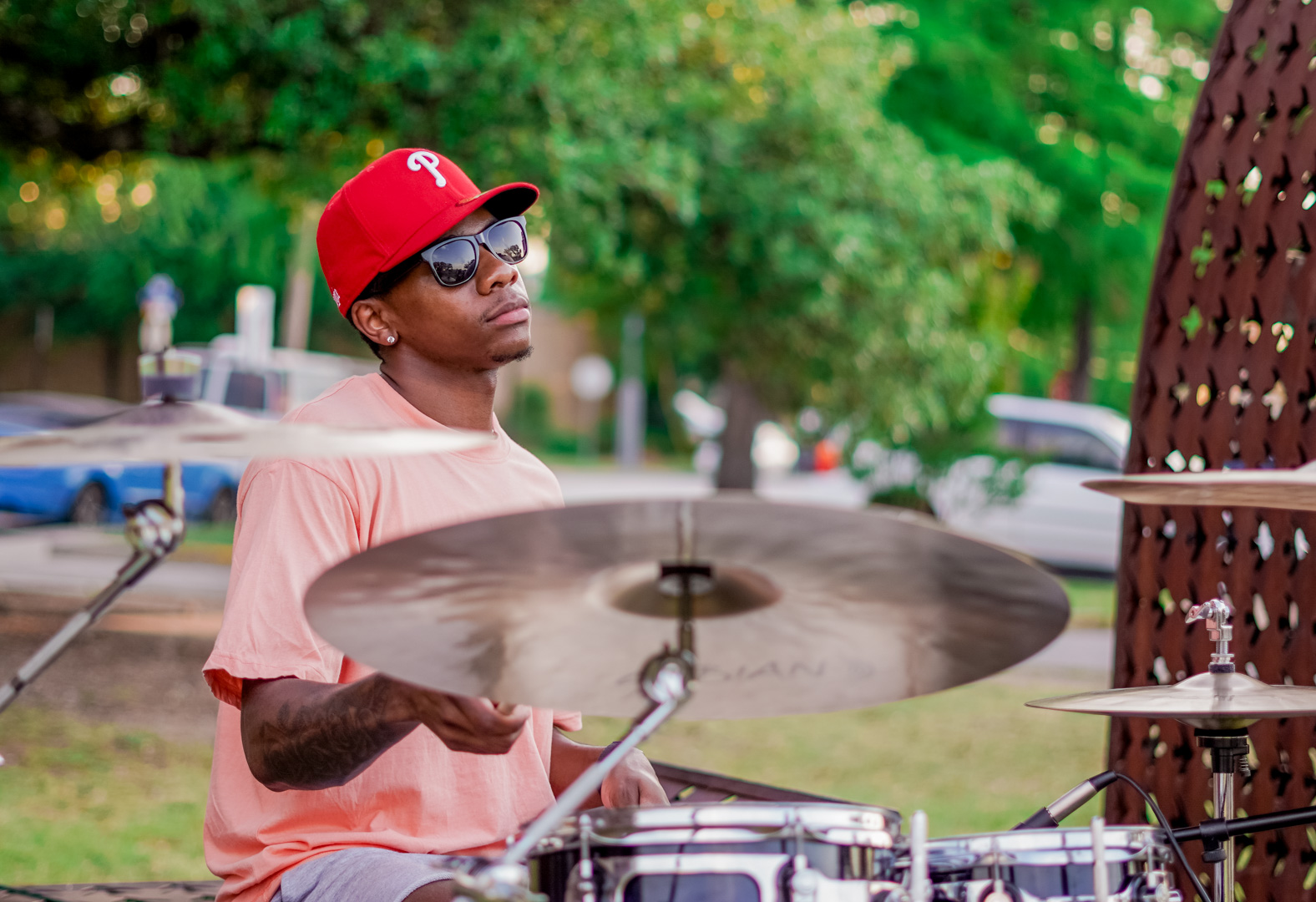