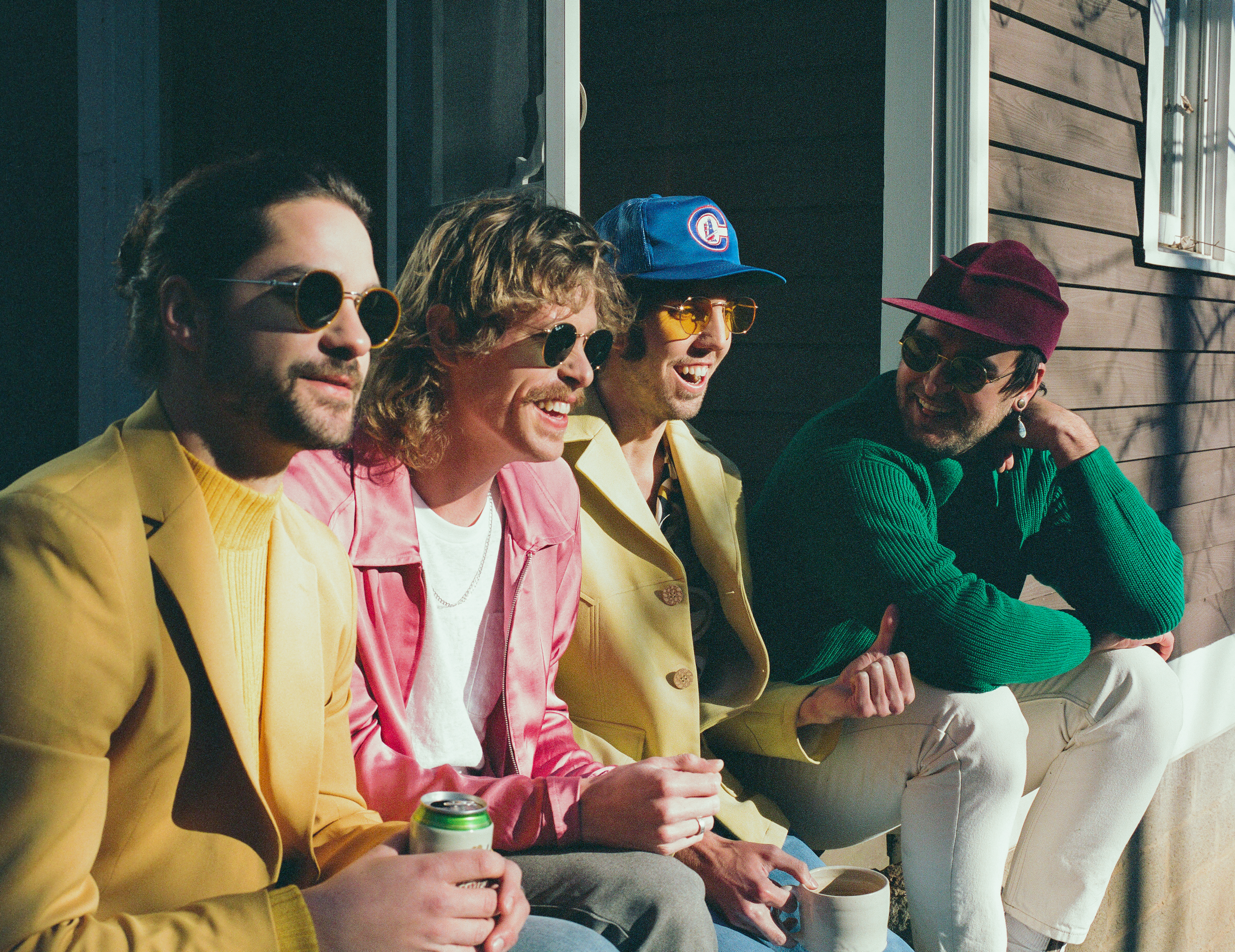 If you ask his bandmates in CAAMP, Taylor Meier has a knack for anticipating the future — look no further than the band’s latest single, “Apple Tree Blues.”

“Even before the pandemic, I remember [Taylor] showing me the bones of that song,” CAAMP co-founder Evan Westfall said during a recent conversation. “He’s always said he feel like he predicts certain things in his life, through his songwriting. … He’s always said he’ll write about something, and then it will comes through a few years later.”

The subject arose, in part, because “Blues” — the lead single from the Ohio-based folk outfit’s third album, Lavender Days (out June 24) — evokes a strong sense of the dislocation so many felt and may still feel amid the crisis: “Tell me what your heart’s been through,” one line goes. “Tell me all things you’d like to do, but you can’t.”

More than merely weathering a rough patch and finding solace in art, Days, produced by Beatriz Artola and Brad Cook, finds the buzzy band trying something new, eschewing the raw, handmade aesthetic of its earlier albums for a more polished studio feel.

“For this album, it was our first time working with an outside producer,” Westfall said. “We all had the same feelings about wanting the record to sound like … in this time, being stuck at home, we wanted a real, studio-sounding album.”

Still, CAAMP has built its reputation on its dynamic live shows, which they’ll bring to Dallas’ Factory in Deep Ellum Tuesday, with opener Jade Bird. The band famously forgoes set lists, venturing out before sold-out audiences each night with no real sense of how things will unfold.

“That’s how we’ve always rolled: Just gut feelings,” Westfall said. “I feel like the second we lose that, when we decide to use a setlist full time, when we decide to go with what’s cool or what other people are doing, that’s when it gets boring.”