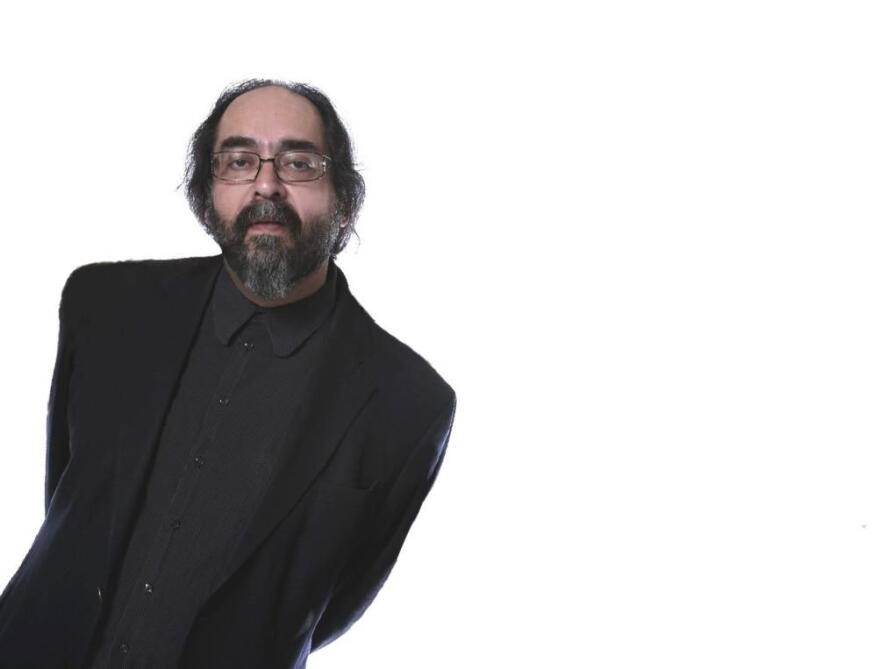 Dennis Gonzalez was the bandleader on more than 35 recordings spanning several decades and performed live around the world. (Courtesy)

It began as most Dennis Gonzalez ventures tended to: The spark of inspiration begat conversations begat plans.

That concert, set for 6 p.m. Sunday, has now taken on a wholly different dimension. Gonzalez died March 15 at the age of 67, and now, his sons — Aaron and Stefan — will take the stage in his stead, joined by cornetist Jawwaad Taylor.

Smith, based in St. Louis, a long-time friend of and collaborator with Gonzalez’s family, said during a recent conversation the acclaimed Texan polymath was looking forward to the performance.

“We all knew he was a bit fragile,” Smith said. “[But] Dennis was super into it, we set everything up … In a certain way, it felt a little bit nice knowing that he had this to look forward to. … It’s a tricky way to put it, but I would say, I think we’d all rather pass in the middle of our creativity, than have it sort of trail off.”

The loss of Gonzalez — whom Smith calls “the most important jazz or free jazz musician from Texas that never left Texas” — is one Smith is still processing, less than a month after the Abilene native’s passing.

“He was sort of the center of … the avant-garde in Texas, in a way, with music and art and everything,” Smith said. “And to lose that, even if people knew it was coming, it’s just hard. Really tough.”

In addition to the quintet’s showcase, the evening will also feature performances from bassist Drew Phelps, who will perform with the surviving members (Derek Rogers, Jess Garland and Jagath Lakpriya) of Gonzalez’s last ensemble, Ataraxia Trio+2, as well as Dallas trumpeter Chris Curiel and Gonzalez’s dear friend, Fort Worth-based musician and writer Ken Shimamoto, will offer some words of remembrance.

“People should get an experience of well-played music in the moment with focus, where everybody’s creating it, and everybody’s there with it,” Smith said, describing what he hopes attendees take away from Sunday’s event. “I think if you could come away with a really solid concert … he was so incredibly proud of Stefan and Aaron and I think this is exactly what he would have wanted.”

In addition to Sunday’s musical tribute, those seeking to honor Gonazlez’s legacy can download, via Bandcamp, the just-released remix of “Slow Cascade of Tears,” a recording — the song is the last one Gonzalez played with his sons — taken from the 2019 collaboration between Pinkish Black and Yells at Eels. All proceeds of sales from the digital-only track will go to the Gonzalez family.