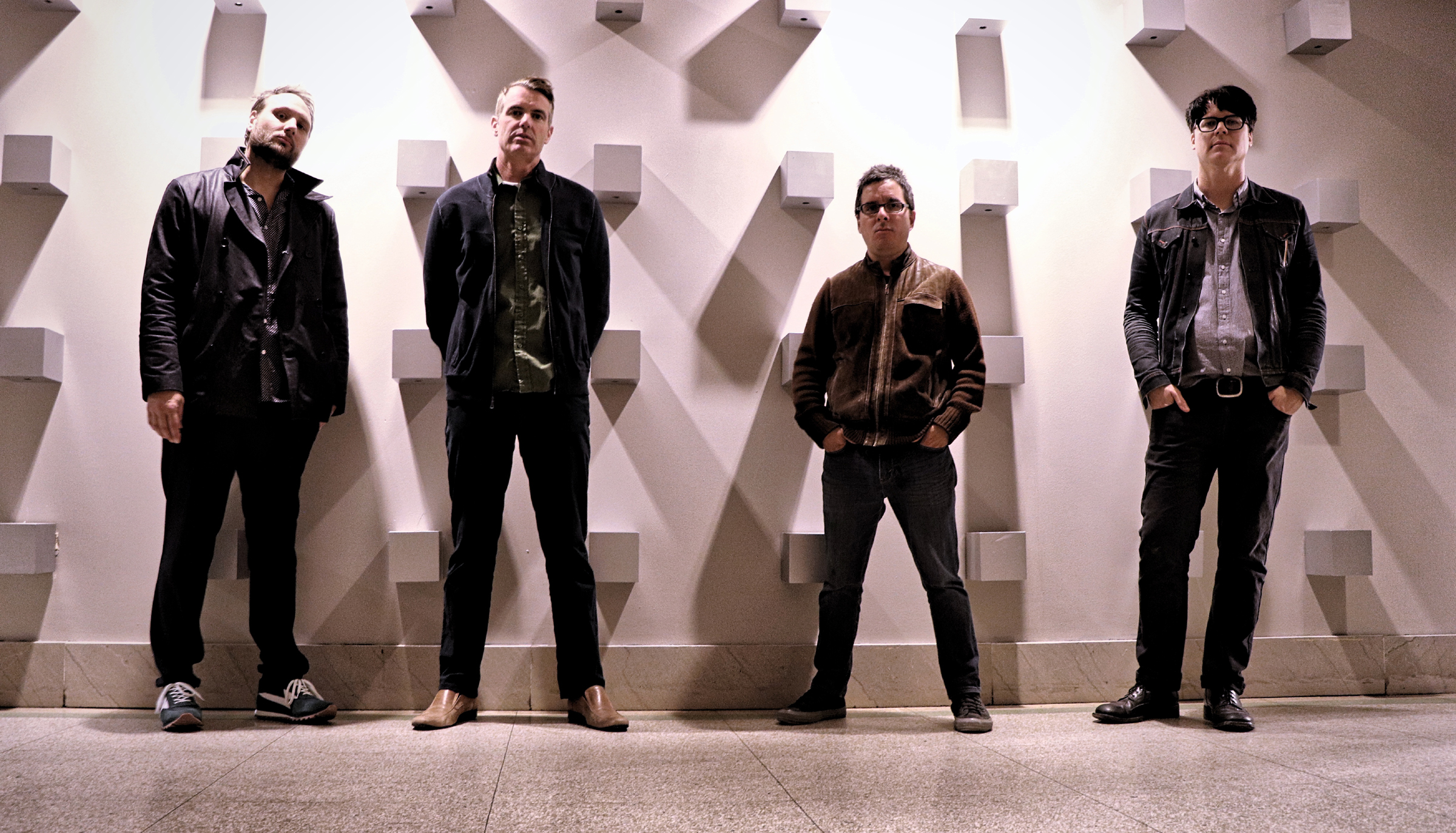 More than most locally based acts, Motorcade’s reputation precedes it. That’s because the band’s four members — vocalist, guitarist and keyboardist James Henderson, vocalist Andrew Huffstetler, drummer Jeff Ryan and bassist John Dufilho — bring a vast (and often high-profile) amount of experience to bear on the sleek, melodic and moody music they make together.

Yet for all the weight of hard-earned wisdom — for example, Ryan has drummed for St. Vincent, The War on Drugs and Daniel Johnston, among many others, while Dufilho has anchored The Deathray Davies and performed with The Apples in Stereo — Motorcade wears its pedigree lightly, and delivers gripping records like its sophomore effort, See You in the Nothing, which drops Friday.

“What’s funny is the years of experience of being in bands, and touring and doing all the things that we’ve done, for so long, I definitely use those experiences on what to do and what not to do as far as like helping kind of manage this band,” Ryan said during a recent conversation.

The sense that Motorcade knows precisely what it wants to achieve, and knows precisely how to achieve it is evident throughout the 11 tracks on Nothing, spilling from the ominous beauty of the opening track “Shift” through to break-out single “Slip,” which aches with reverence for vintage 1980s New Wave and Gothic-tinged pop.

“I think, lyrically, [the album is] pretty dark,” Henderson, one of the band’s principal songwriters, said during a recent conversation. “Look, you know, things have been dark. I thought, like the first album, I just wanted things to still be accessible. We don’t want to necessarily wallow in [darkness] — we’ll address it — but you can still dance to it.”

According to Ryan and Henderson, Nothing has been completed for nearly a year, but the band held back from releasing in order to allow for live performance to complement the new material. Motorcade is slated to play a Good Records in-store during Record Store Day on April 23, and has booked a July 16 gig at Tulips in Fort Worth.

“It’s just so refreshing to be going back out and go, ‘Okay, now we have this show; we have this show’ and we can do these things again,” Ryan said. “It’s definitely the right time to release this record, as far as the way the world has been.”

Motorcade at Good Records in-store for Record Store Day on April 23;  July 16 at Tulips in Fort Worth.