The Fort Worth African American Roots Music Festival 2022 gave a special platform to a group of artists and educators that focused on Black musician experiences and early Black influence on roots music. The music festival was hosted at the Southside Preservation Hall on March 19. 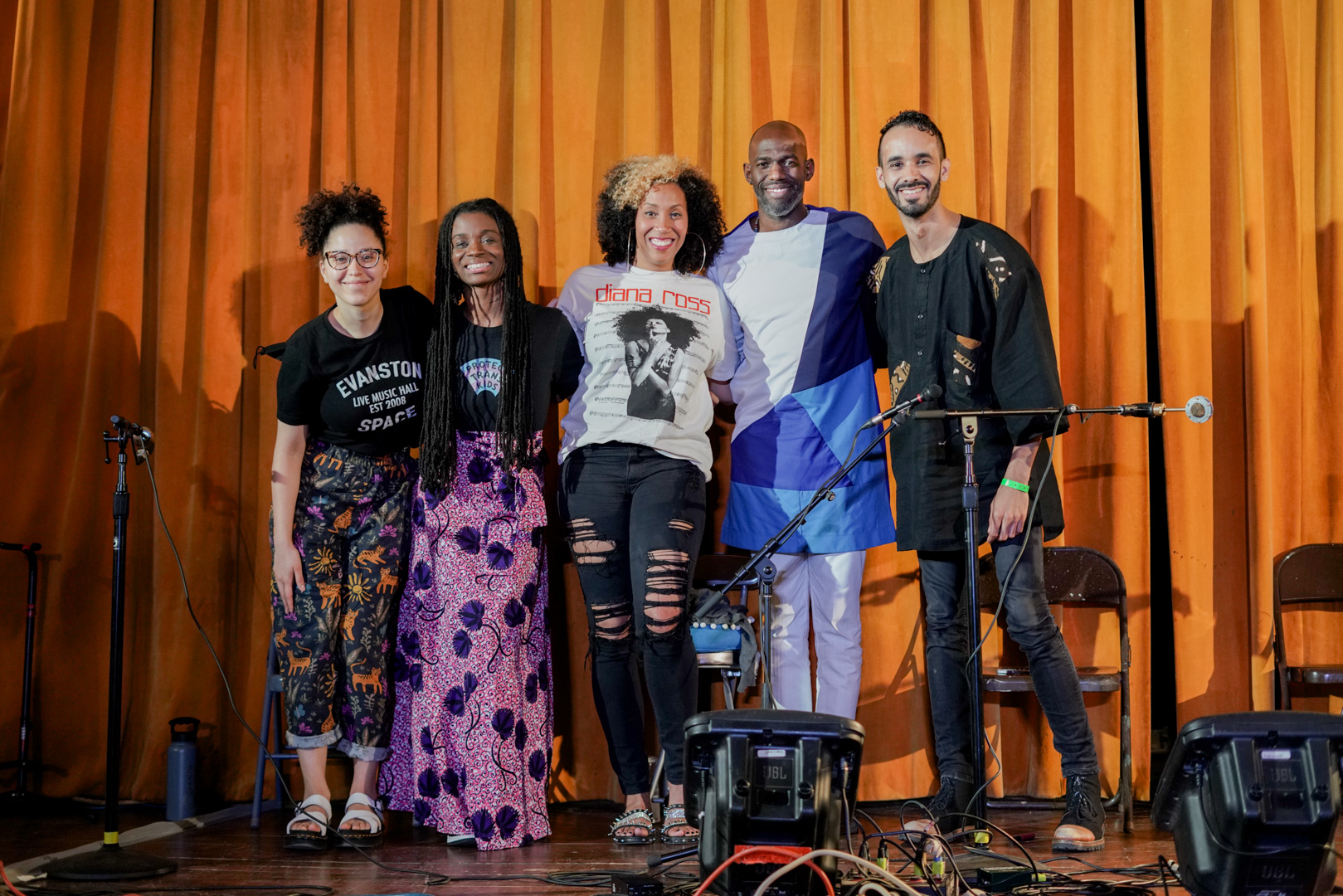 Musicians from the music festival participated in a live recording of the Color Me Country Radio Podcast on the ballroom stage, hosted by Rissi Palmer. The discussions involved various personal accounts from the artists as Black musicians in today’s world, which were often not positive experiences.  The platform allowed vulnerability among peers and gave those of us in the audience real-world perspective through the voices of these musicians. 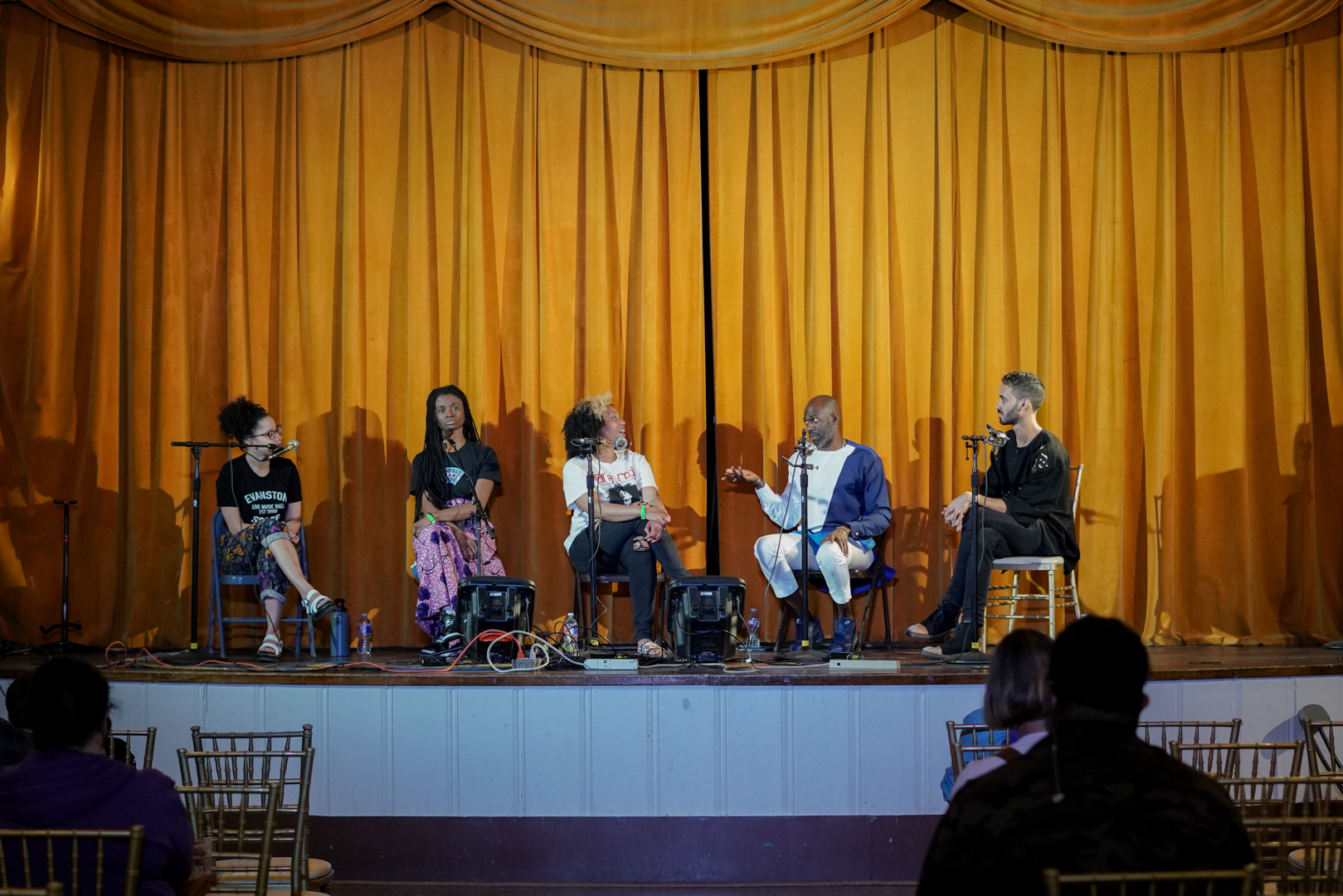 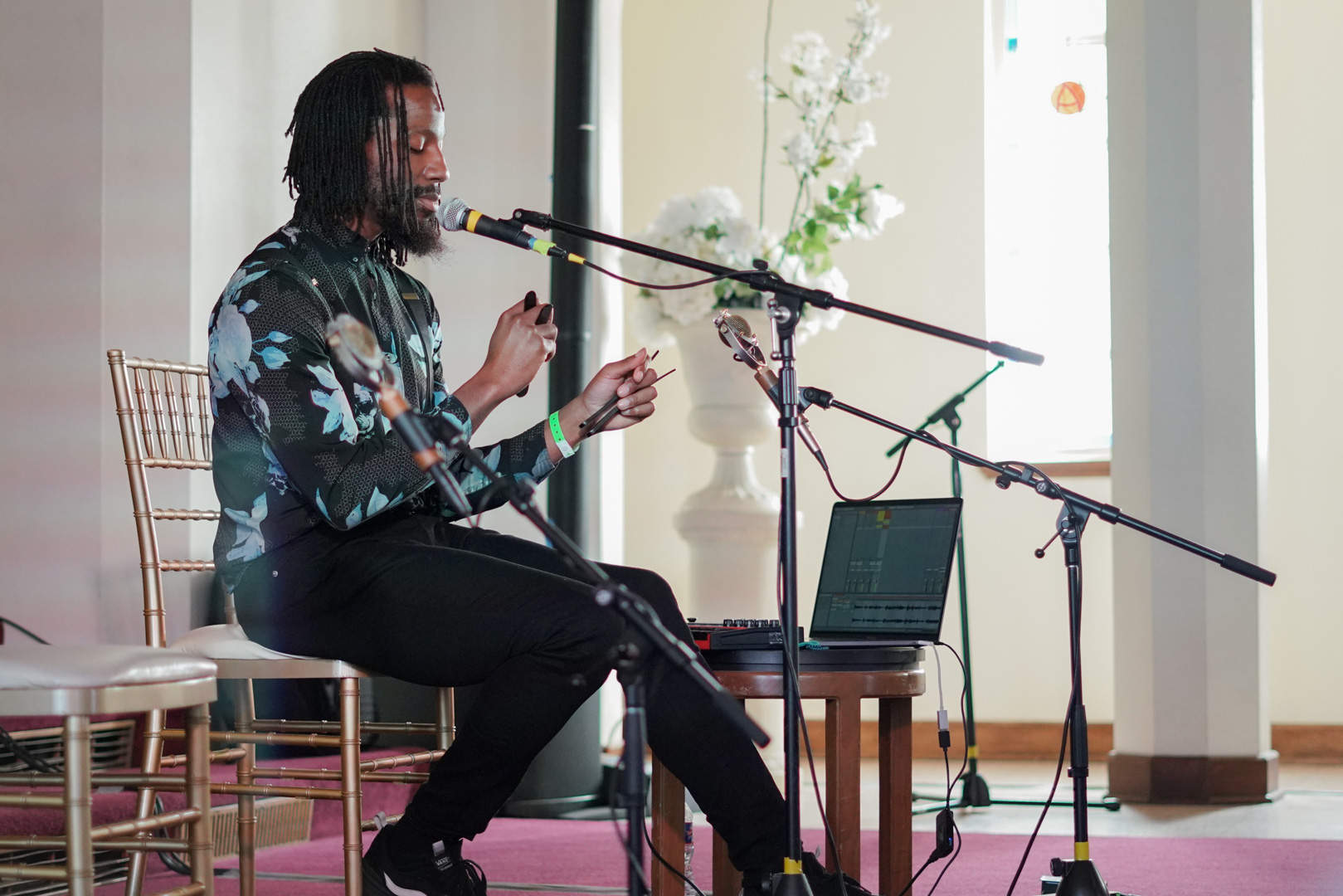 The artist Kafari performed music using the folk instrument known as the bones, creating rhythmic percussion sounds while playing along to his recorded music through the speakers.

Later in the day, Kafari led a workshop teaching attendees how to play the bones. Interactive and fun, the clacking sounds filled the chapel as he and Jackie Merritt walked around the room teaching people the basics of holding and playing the bones. 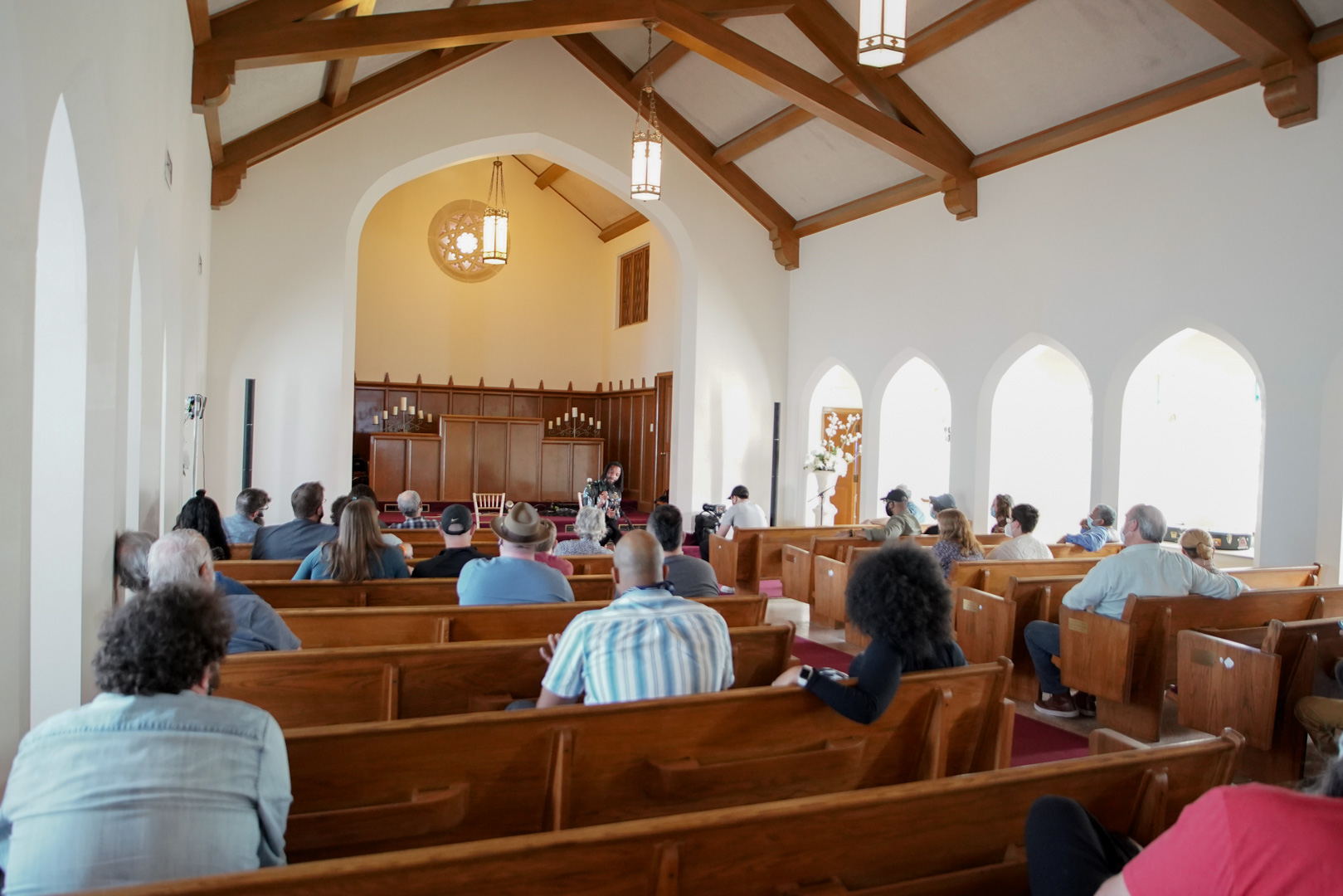 The artist Kafari plays traditional bones instrument along with music recordings in the Chapel at the Fort Worth African American Roots Music Festival. Photo: Jessica Waffles 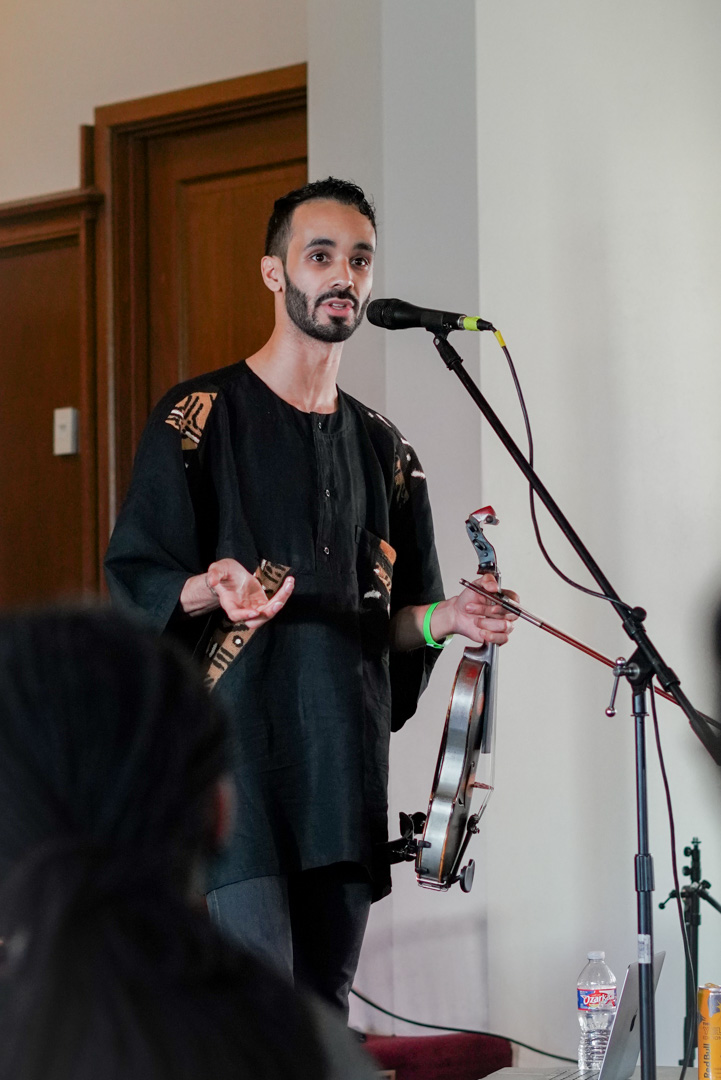 Jake Blount gave a presentation in the chapel called The Legacy of Prison Labor in Black Folk Music, speaking of the influence of work songs and chain gangs in old and modern music. He played song examples that illustrated the history, including Sam Cooke’s “Chain Gang,” which features the grunting sounds of men working that was familiar in the South.

Blount is known for receiving top honors at the prestigious Appalachian String Band Music Festival and developing research that has been shared at the Smithsonian Institution and Yale University.

The educational portions of the event enthralled audiences, who listened intently to the wealth of information given by the artists. 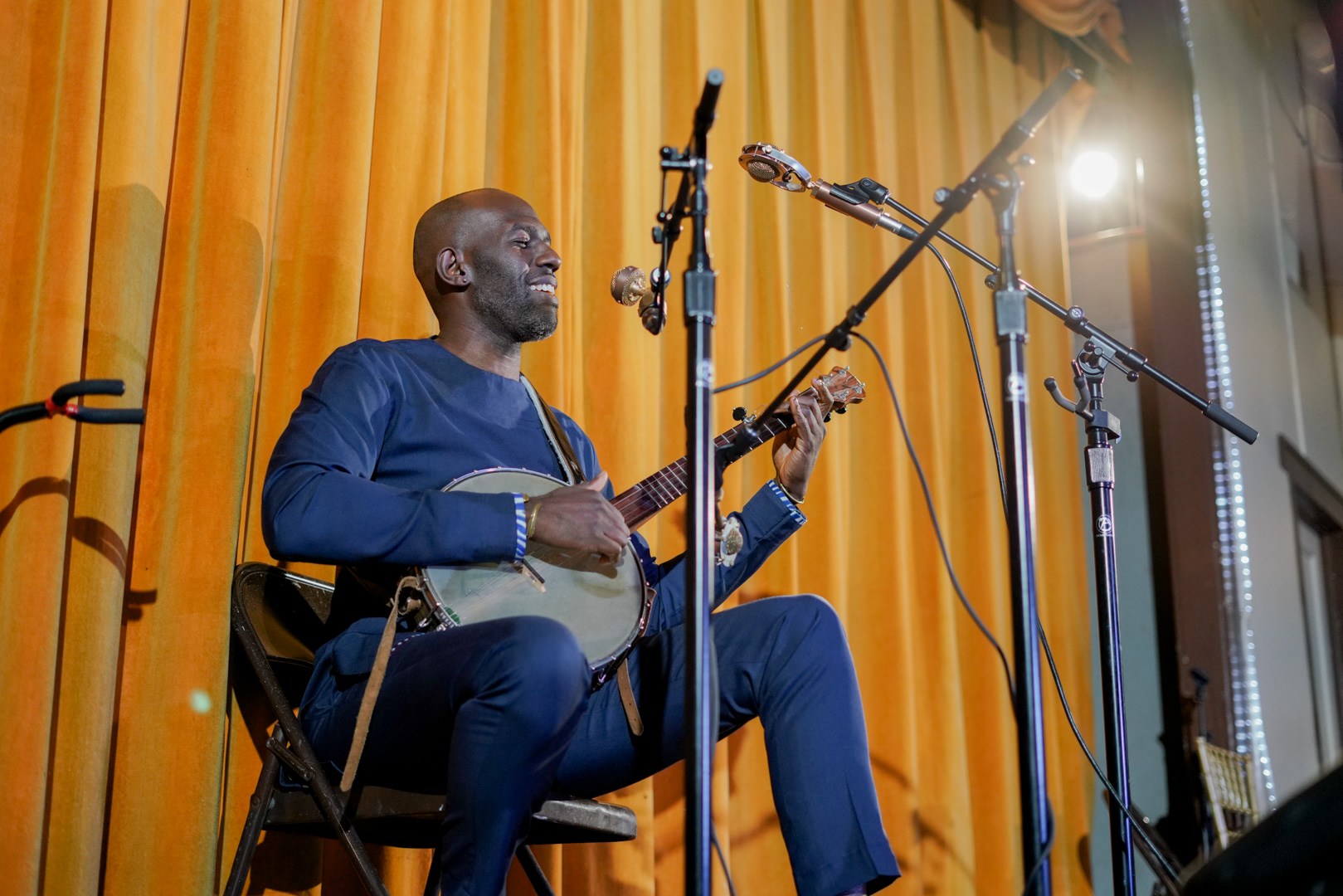 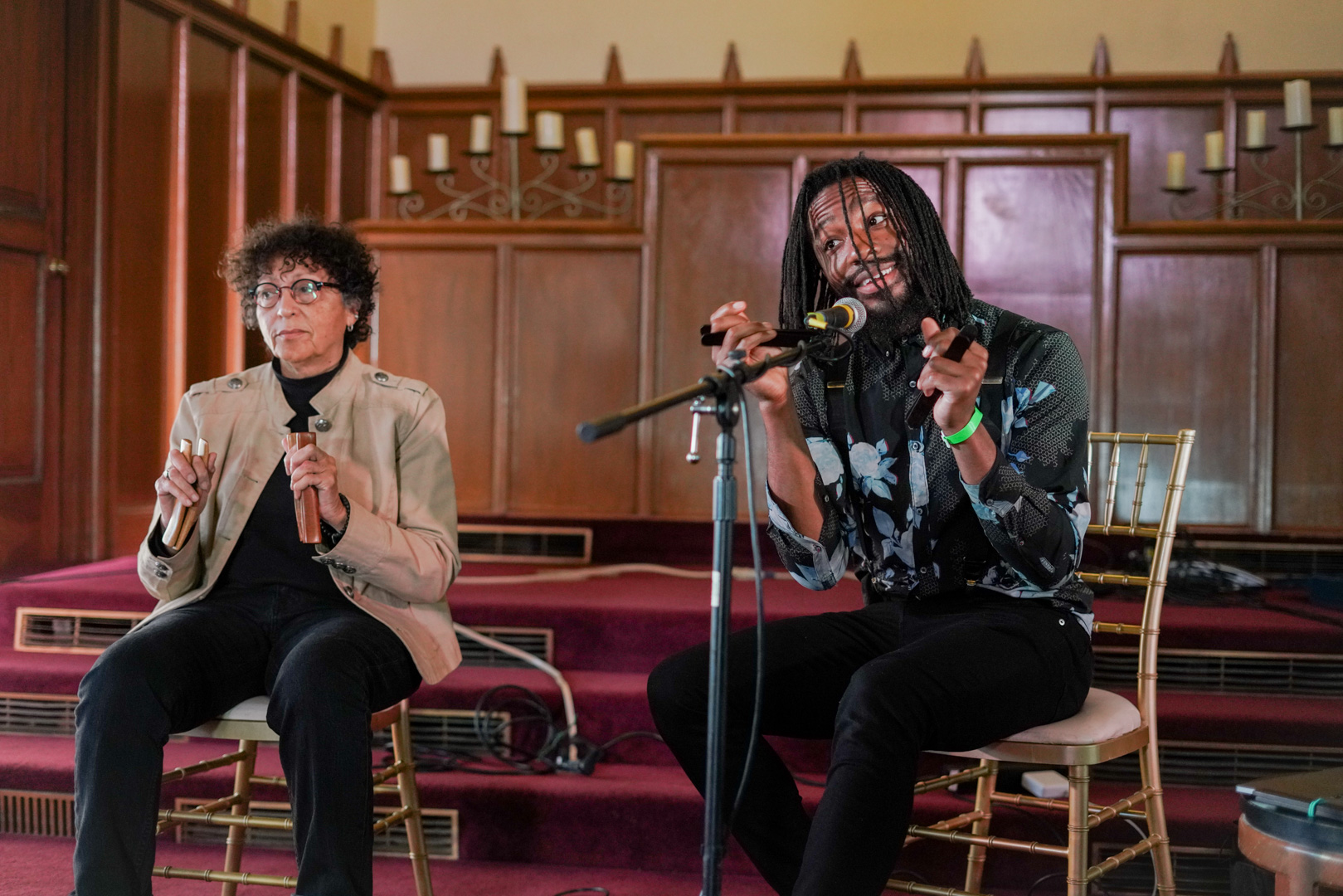 “The sound of old-time music is considered by many to be quintessentially American, yet the extensive Black influence – from the creation of the banjo and fiddle traditions to the roots of social dances performed alongside the music – is not widely talked about,” organizers said in a press release about the event.

“We have been there since the beginning of this music, yet there is little to no representation in the large music festivals that cater to this genre,” said Waller-Pace. “We aim to change that.” 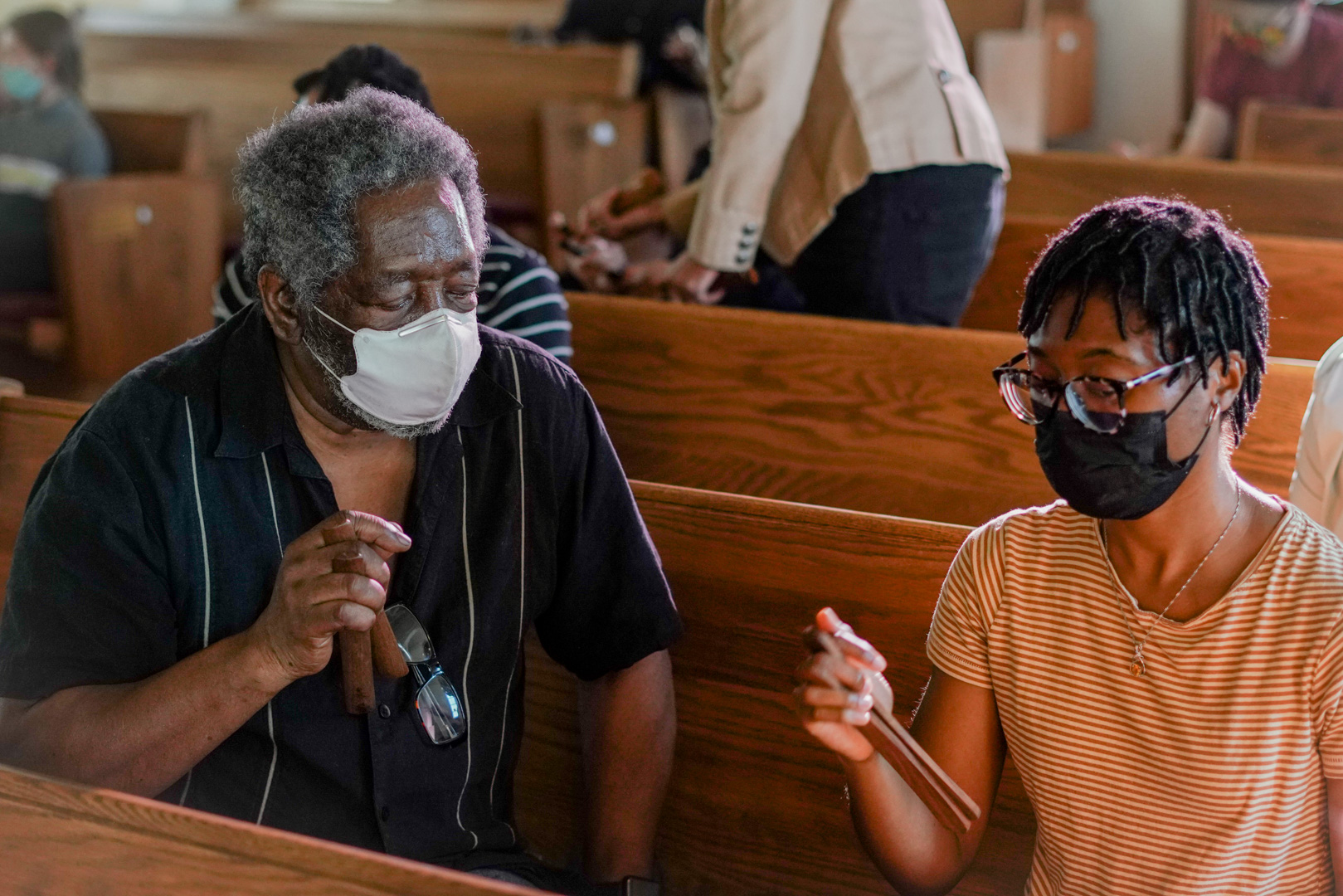 People in the Bones Workshop spent an hour learning how to play the traditional percussion instrument in the chapel at the Fort Worth African American Roots Music Festival. Photo: Jessica Waffles

Prior to performing the song in the video above, Blount spoke of its origin. “Where Did You Sleep Last Night” by Leadbelly is often believed to be about a man who murdered his wife. However, Blount believes that the tale is much more historically framed.

He says that it’s more than likely about the lynching of African Americans in the woods, citing that it was a common occurrence in 1944 to have friends and family members “turn up missing.”

Blount went on to mention his personal interpretation of the song, replacing “girl” with “boy,” as being a person in the LGBTQ community, it is still common for your loved ones to turn up missing. The haunting performance that followed delivered an enlightening point of view that reflected the importance of this unique music festival. 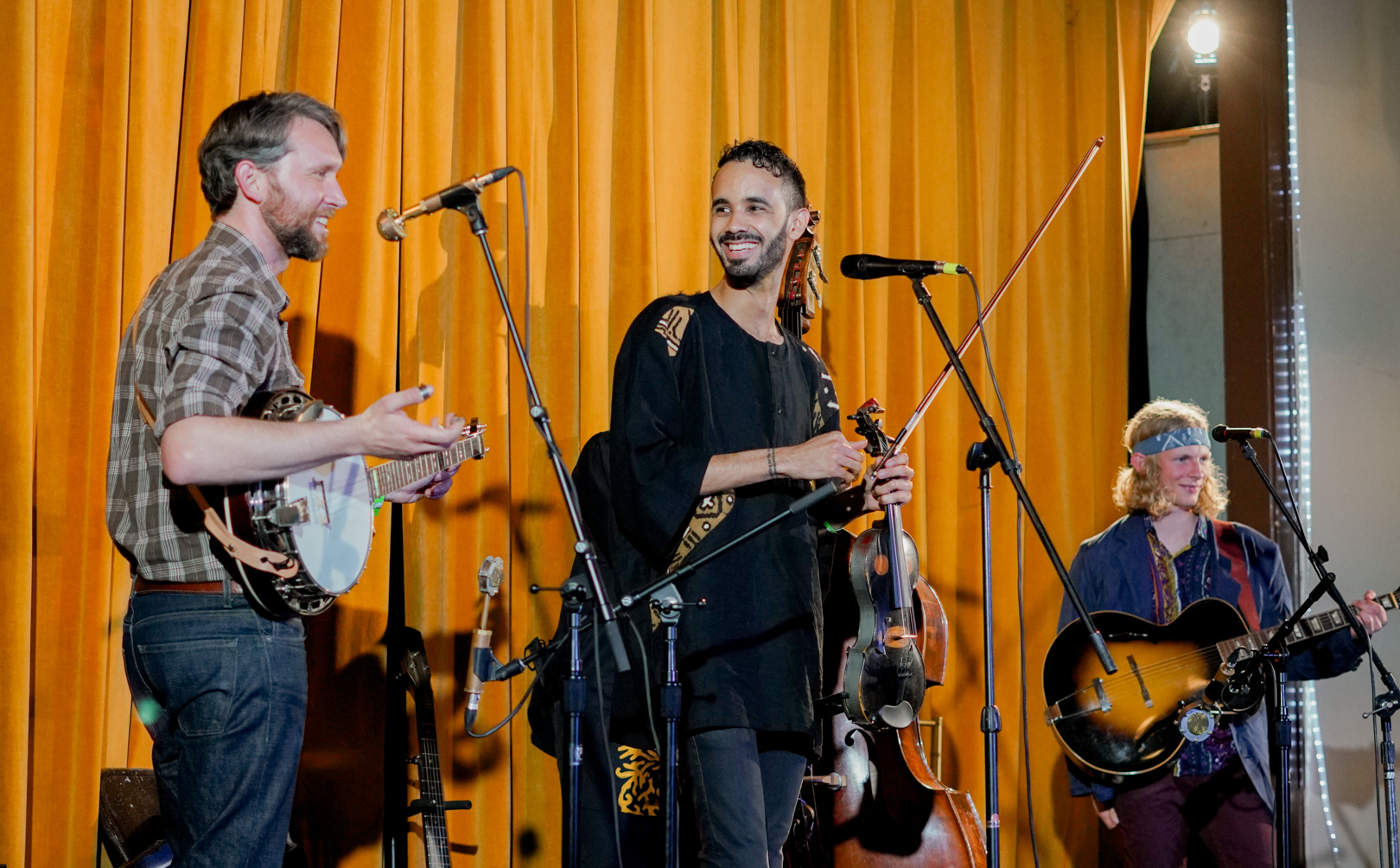 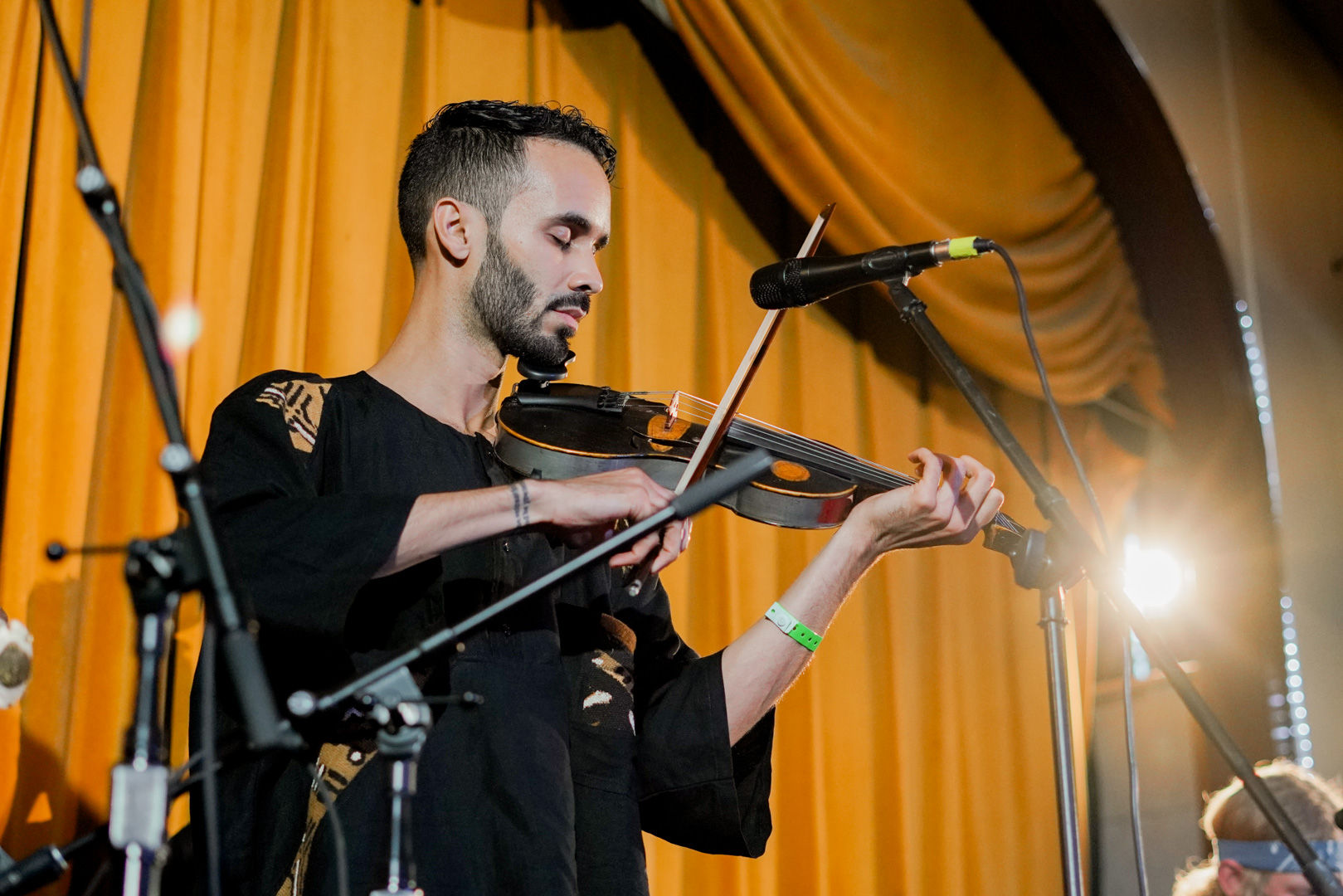 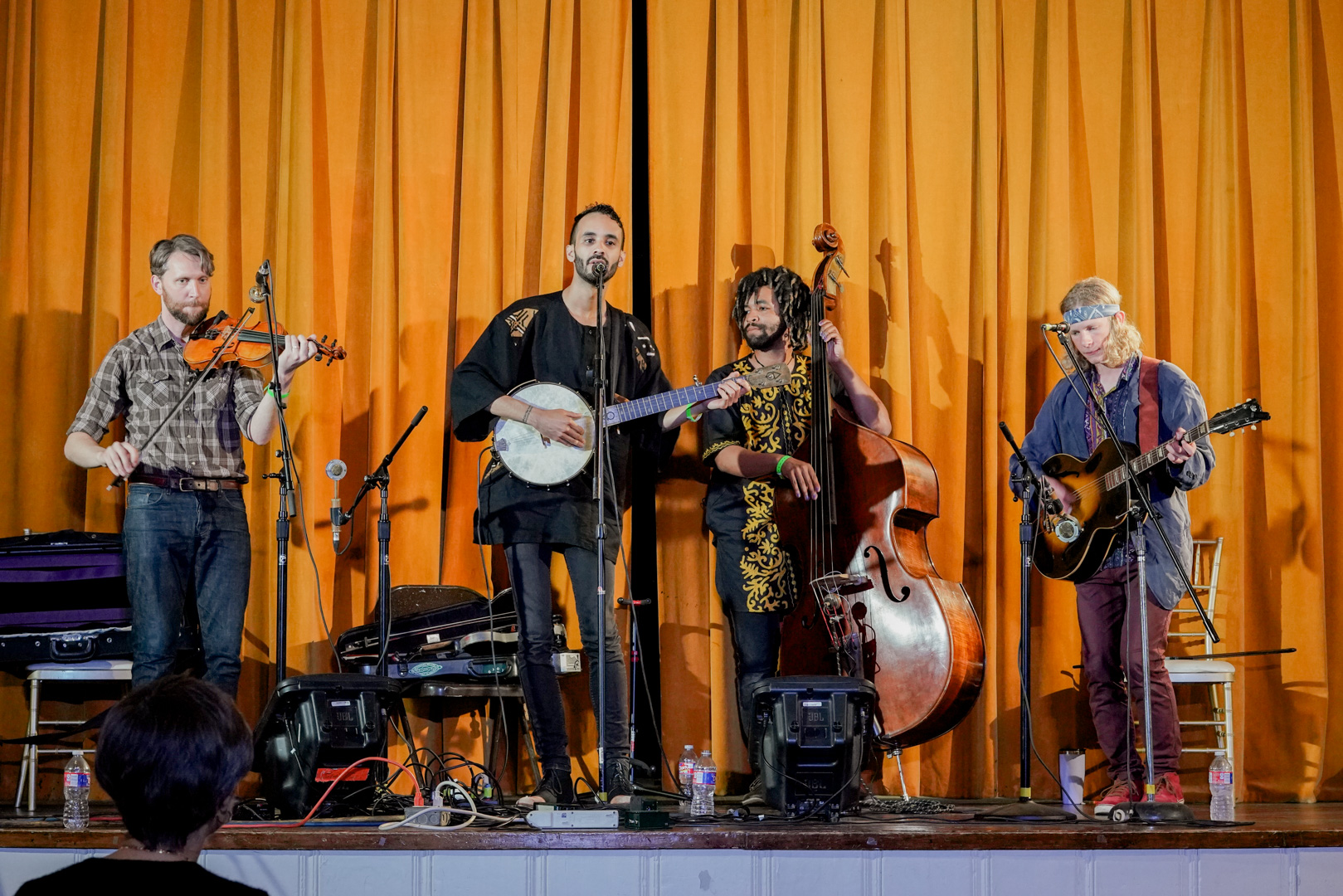 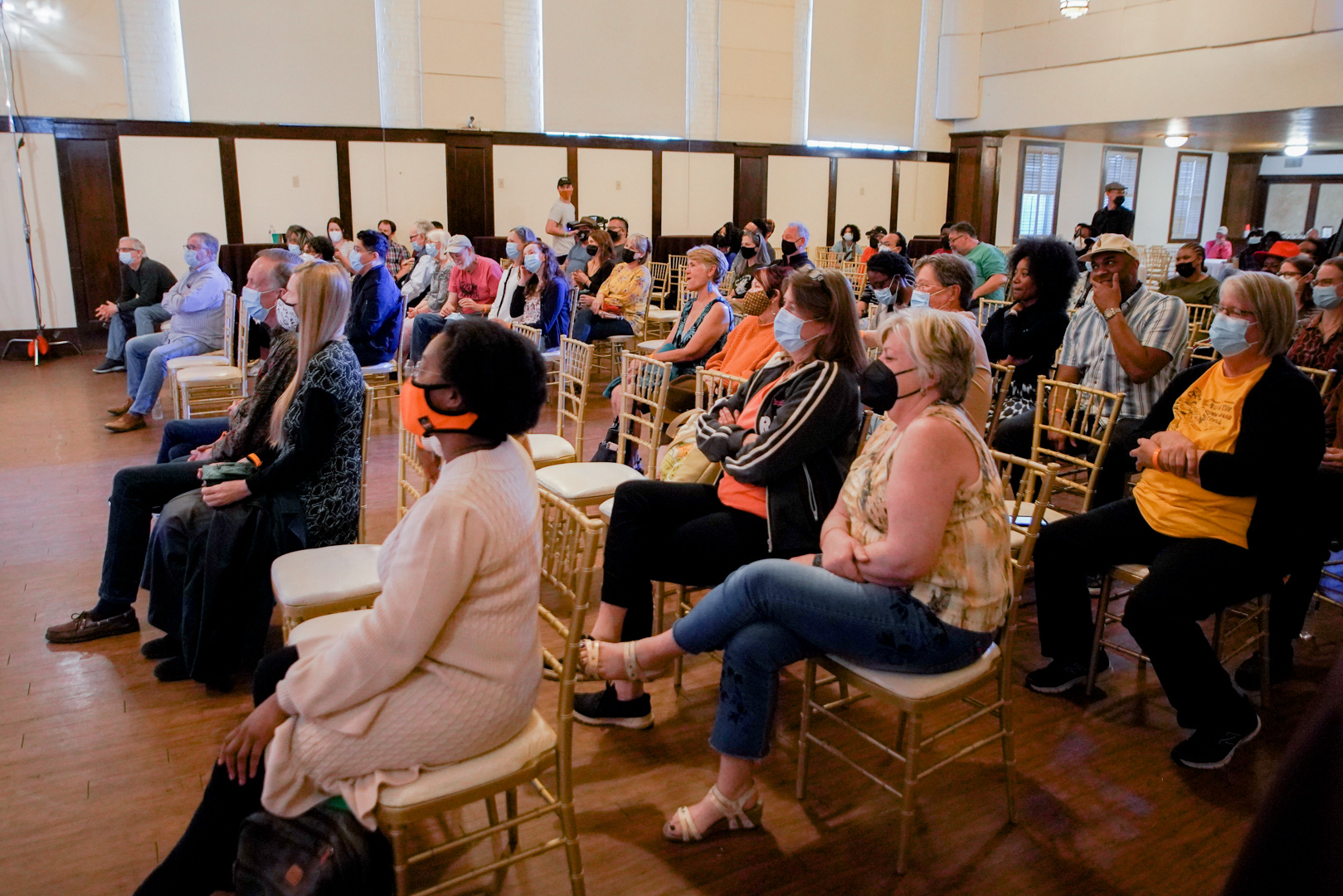 The crowd at the Fort Worth African American Roots Music Festival was respectfully quiet during performances. Photo: Jessica Waffles 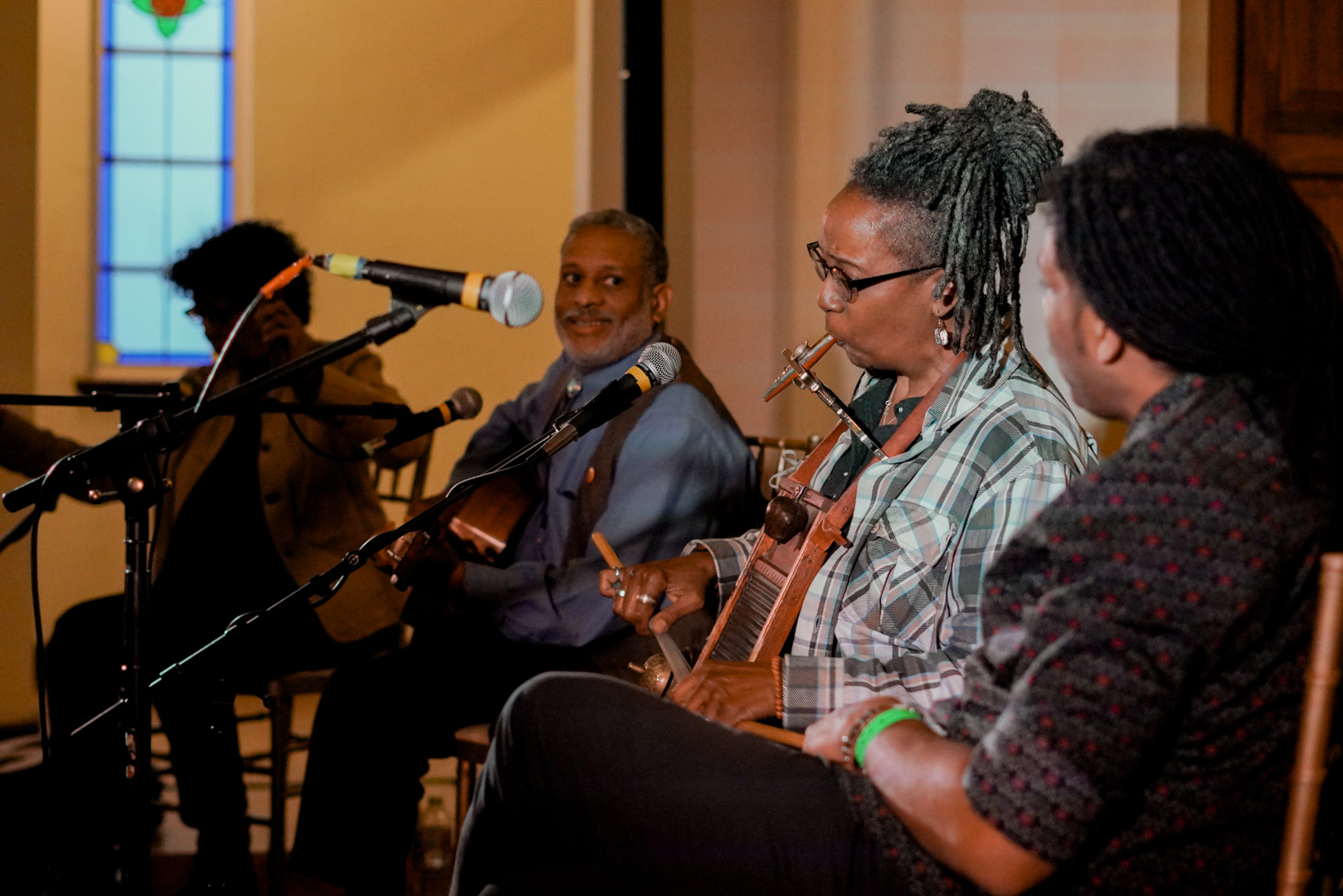 Candadian artist Kaia Kater shared narratives from her family’s history, including her father’s journey in 1986 from Grenada to Canada as a refugee.

“The story is one of revolution, invasion and war,” Kater said.

She told the story of the 1979 revolution in Grenada, which gave context to her song “Meridian Ground.” Before playing the song, she played recordings of new stations talking about the revolution, recordings talking about Grenada, and a personal recording of her father telling her the story about his experience escaping Grenada. Kater’s solemn presence combined with the sweet timbre in her voice carried the weight of the story throughout the performance. 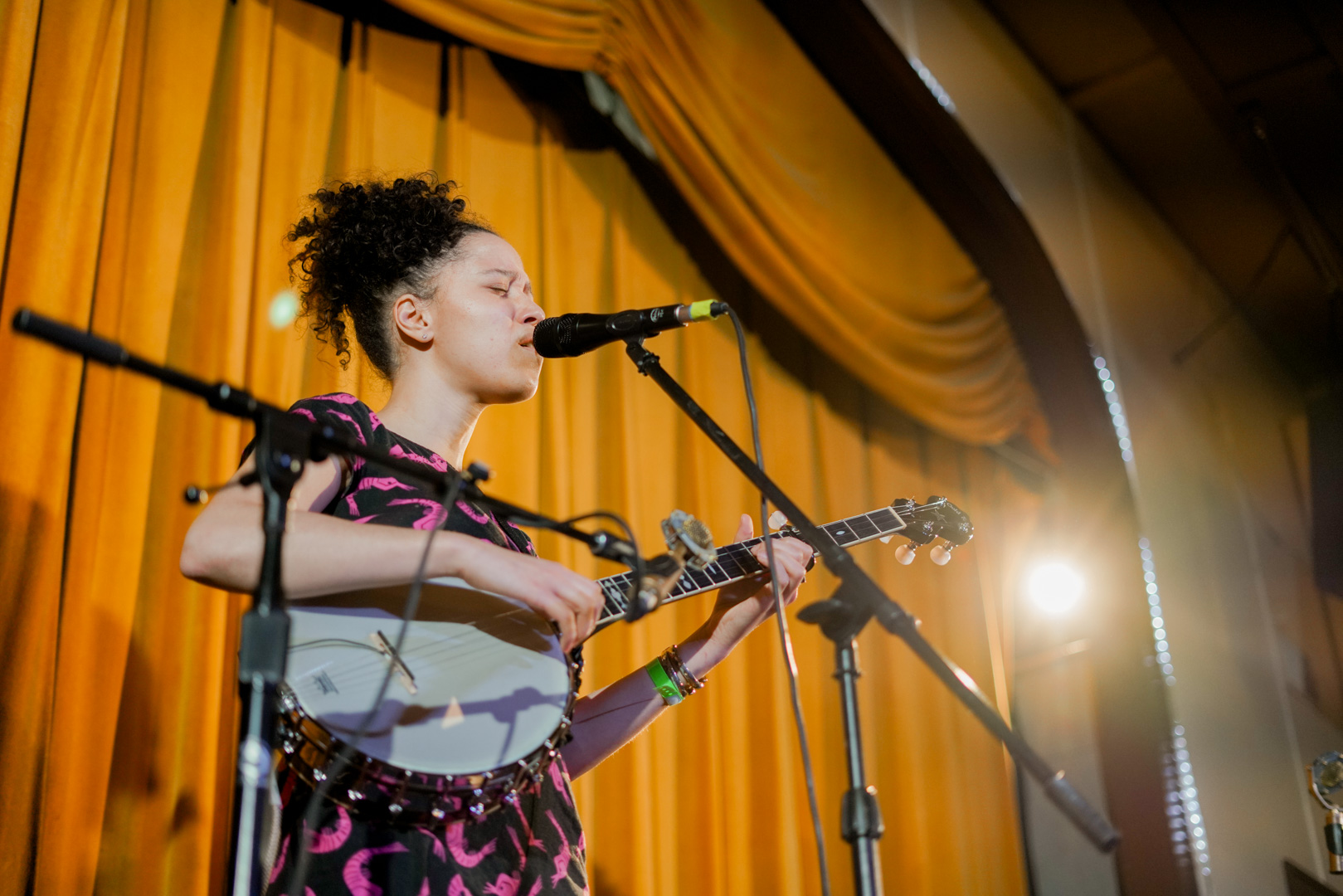 Kaia Kater is a Canada-based artist, and made her Texas debut at the Fort Worth African American Roots Music Festival. Photo: Jessica Waffles 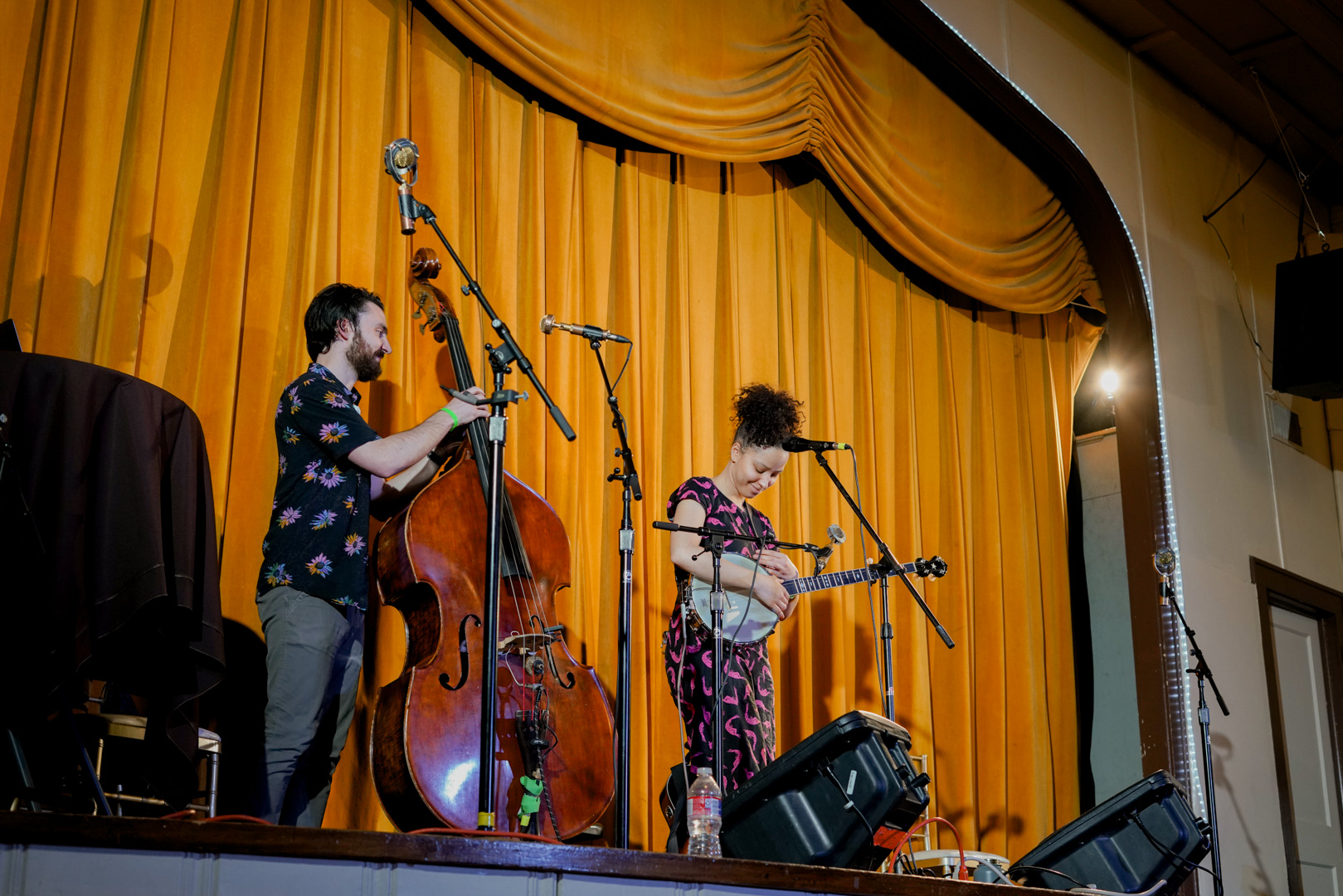