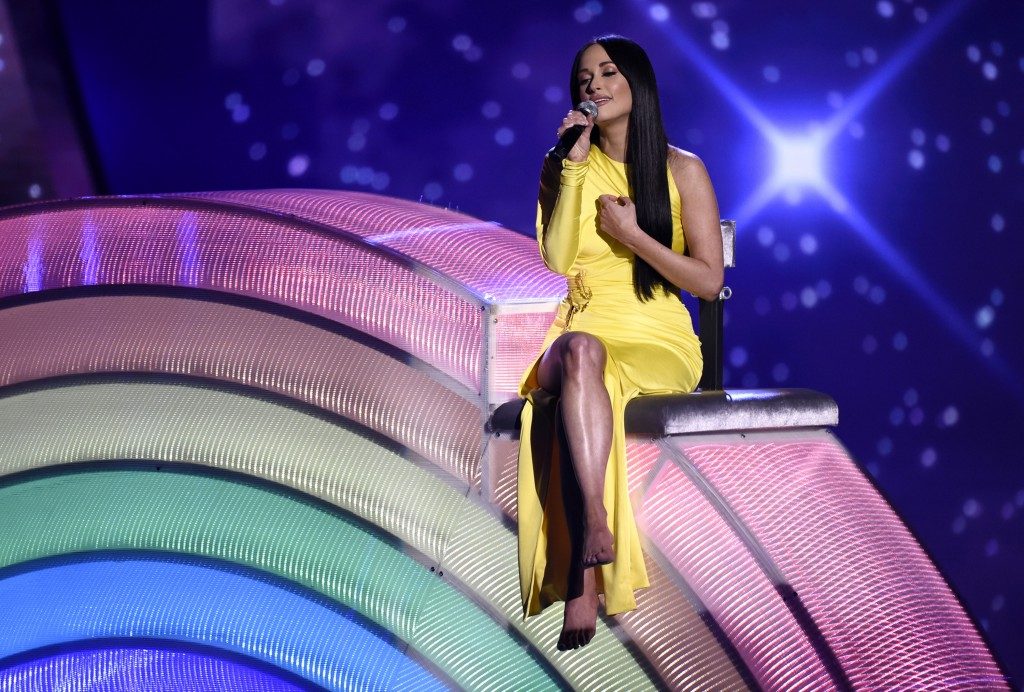 Kacey Musgraves is among the most influential women of today, according to TIME Magazine.

Musgraves, along with figures such as Kerry Washington and Amal Clooney, is one of 12 women who have been recognized for “working toward a more equal world.”

The Grammy winner was chosen for her fearless songwriting — which led to the breakout success of her albums like Same Trailer Different Park and Golden Hour — and blazing trails for what it means to be an outspoken leader of a new, more-inclusive era in country music.

A post shared by K A C E Y (@spaceykacey)

Known for her genre-defying sound, and even more defiant attitude toward the status quo that for so long has steadied a pillar in her male dominated industry, the North Texan by-proxy (Musgraves’ sister calls Dallas home, while her grandmother is known for attending her area tour dates), spoke candidly with TIME about her journey as a woman in the music industry.

“I have been told no a lot in terms of something that I would want to take a creative risk on,” Musgraves told the publication. “I decided I’d rather go down in flames for something I really believe in than present a watered-down version of myself that may make me more money. You have to fight that until you can get to a place where you can have total creative freedom, and I’m getting there.”

Musgraves didn’t stop at the hurdles of being a woman burning her way through professional expectations, however. She also discussed her song “Breadwinner” off last year’s Star-Crossed, which gave an anthem to women in relationships with men who struggle with their partner’s success.

“As more women have moved into power, it’s been interesting to see the effects,” she said. “It’s important for men to know there are so many things you can bring to the table other than money. If you’re with a woman who earns more than you, maybe look at what you can bring emotionally, mentally, or around the house… It’s a really beautiful thing for a man to be able to support a woman in that way and not take it personally.”