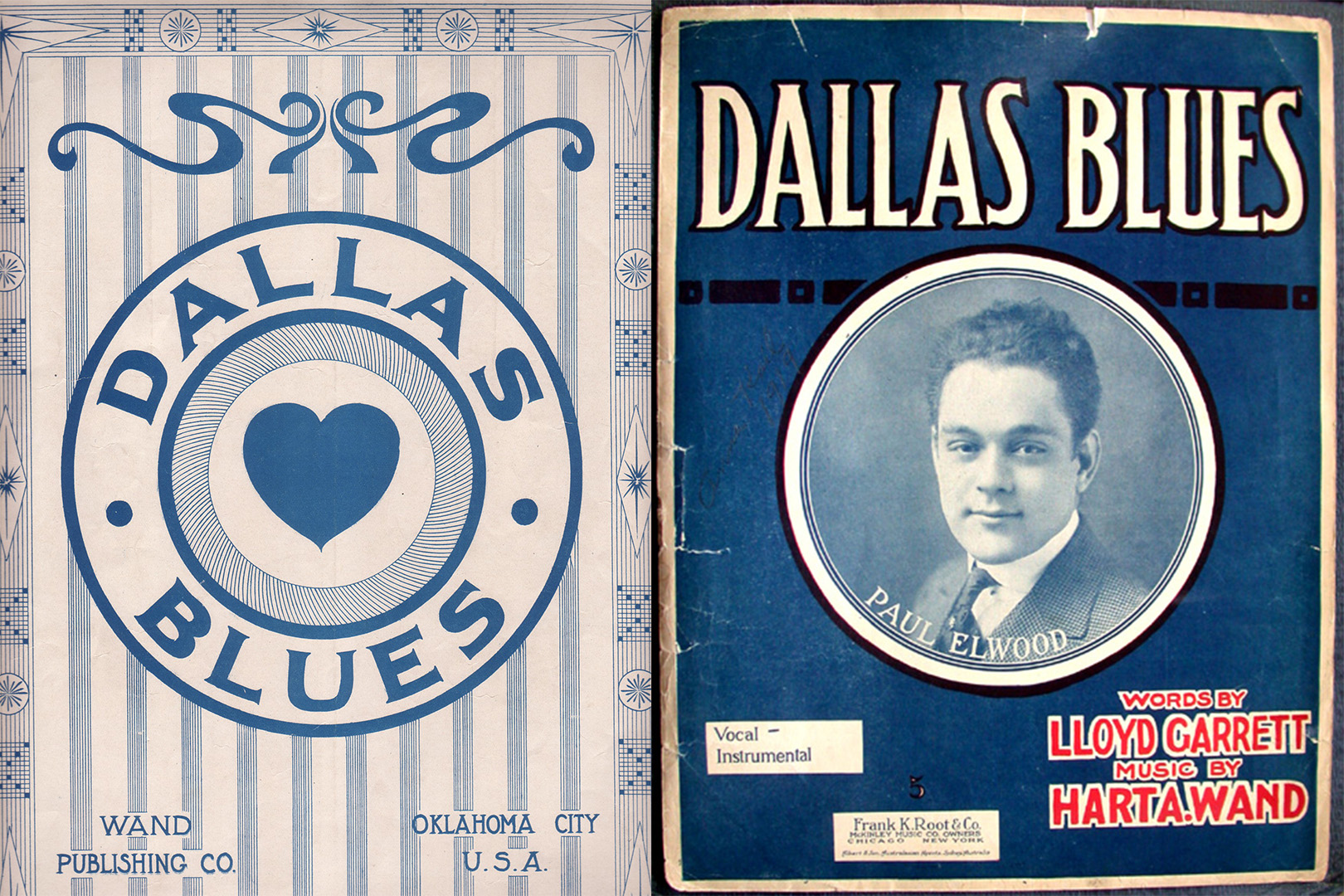 One of the first Blues songs recorded was called “Dallas Blues,” an piano instrumental piece that was first published in 1912. Sheet music images provided by Don O. from his personal collection.

One of the coolest things about Dallas is its rich history of Blues music, which sparked the creativity of generations of musicians who followed. Recently, I asked Don O. to share some of his favorites. He has been a Blues DJ on KNON since 1983. He directs the radio station’s Blues format and hosts Texas Blues Radio on  Fridays at 6pm.

“I’m not a big fan of  ‘Top’ lists,” Don O. says. “The scene here is so deep and wide and there are so many styles of blues played around here it will be difficult to distill things down to those few choices.  I’ll try, though.  As long as I can start with a disclaimer.”

Before we dive in, did you know that one of the first ever Blues recordings was called “Dallas Blues?” It’s a piano instrument piece written by Hart A. Wand from Oklahoma City. The piece went on to be covered by Lloyd Garrett in 1918, who added lyrics to the instrumental. Then it was covered by Louis Armstrong in 1929.

Dallas became a hotbed for emerging Blues talent, including one of the genre’s most influential players, Blind Lemon Jefferson.

Despite his caveats, Don O. did share his thoughts on Jefferson and some of the other significant Blues players to come from the city. He also shared some modern-day musicians you should check out.

Lemon Henry “Blind Lemon” Jefferson was born blind in 1893 in Coutchman, TX and started learning guitar from his father at an early age. Around 1915 or 1916, he moved to Dallas and worked the corner of Elm Street and the Central Tracks (what is now Central Expressway), playing music on his guitar for tips. He did this until he was discovered by a talent scout for Paramount Records, who gave him the opportunity to cut four gospel tunes in 1925.

His 1926 single “Long Lonesome Blues” would contribute to his accomplishment of being the first commercially successful bluesman playing and signing his own songs. He recorded 79 singles from 1925 to 1929, until he died suddenly at the age of 36 in December 1929. His cause of death is uncertain, though it is believed it may have been a heart attack or acute myocarditis.

It was the recordings that defined his legacy, and influenced people like T-Bone Walker, who wound become his own icon from Dallas, Don O. said.

There is a particularly deep dive into Blind Lemon’s history in Deep Ellum here, for those who are interested in knowing more. 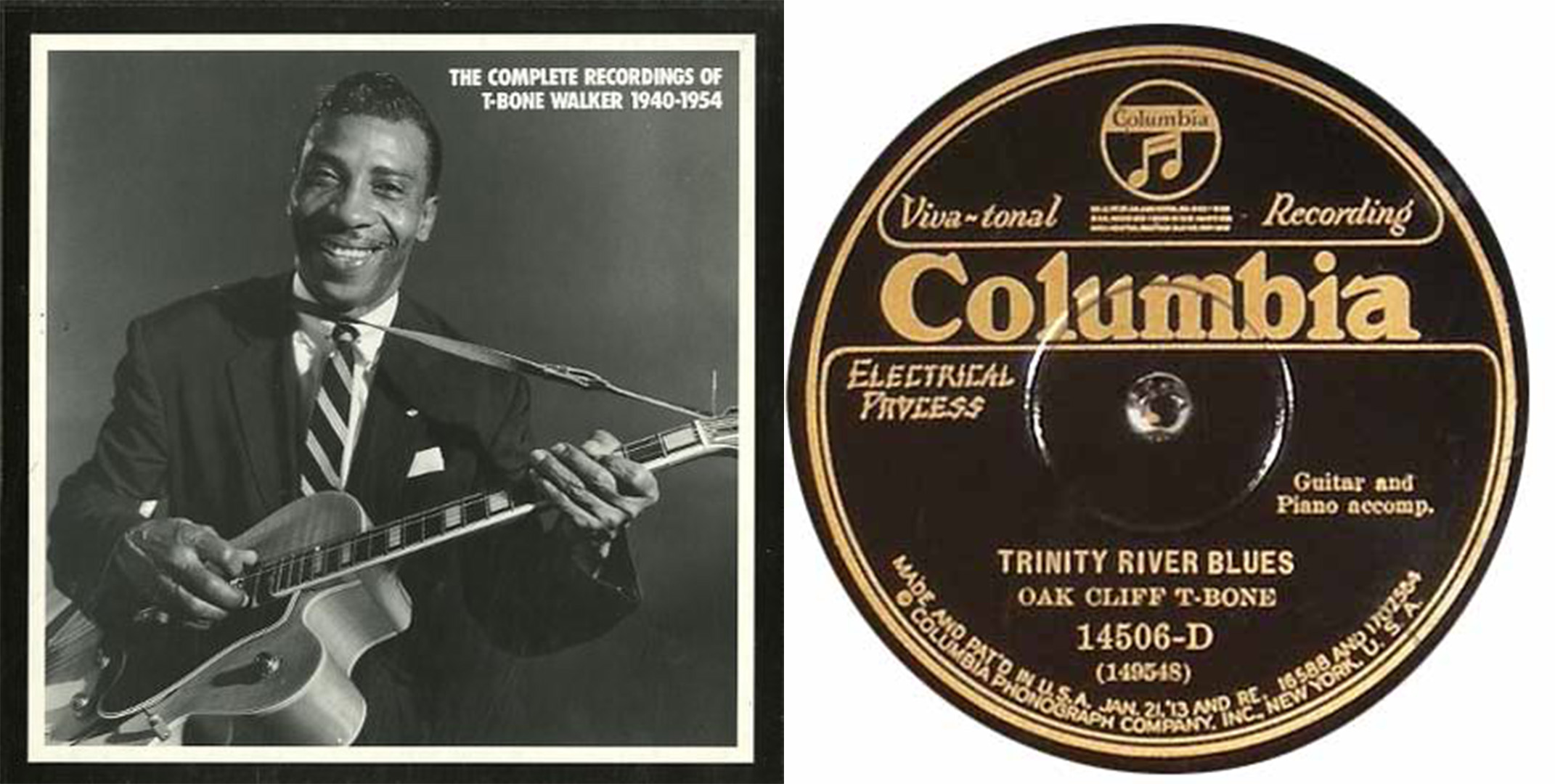 Aaron Thibeaux “T-Bone” Walker was born in 1910 east of Tyler in Linden, TX. His family moved to Dallas before he was 10 years old, and ended up quitting school when he was 10 to perform with is mother and step father, starting out as a dancer. He picked up guitar in the ’20s and would find himself recording with Columbia Records in 1929.

Walker started moving around a lot, working with an orchestra in California and was one of the first folks to start playing electric guitar in an orchestra. He continued onto Chicago, where he started recording a more “uptown style” of the Blues, whereas Jefferson’s recordings had been more “country style” Blues, Don O. said. His electric guitar elevated what the Blues had been known to be at this point, and the influence reached many upcoming artists like B.B. King, who called Walker one of his heroes. 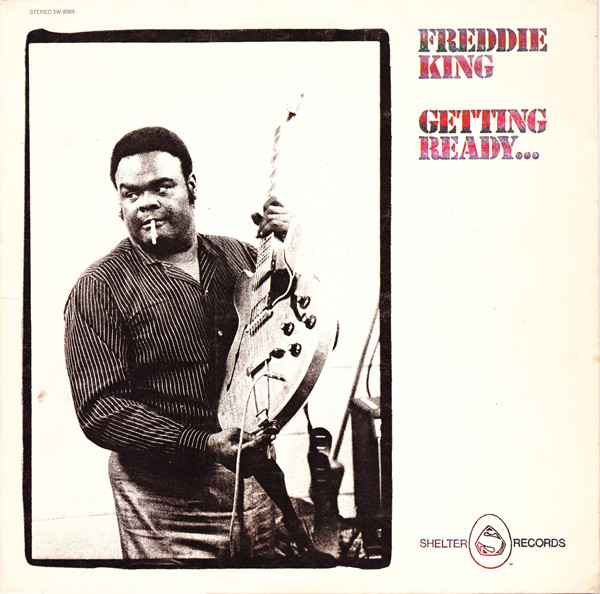 Freddie King was born in Gilmer, TX in 1934, and would become a powerhouse electric guitar player whose influence would have an international reach, touring overseas and having in impact on people like Eric Clapton.

King shocked and awed the world with his in-your-face style, with hits that became blues standards like “Hide Away” and “San-Ho-Zay.”

“He influenced many, many rock guitarists too,” Don O said. “And pretty much any guitarist that had an interest in rock or blues has to do some Freddie King.”

On September 3, 1993, the governor of Texas Ann Richards declared the day Freddie King Day, and was placed 15th in Rolling Stone magazine’s list of 100 greatest guitarists of all time. He was a pioneer in the field of Blues, and embraced the British blues scene by touring its club circuit in the late 1960s.

“Freddie King was, and still is, a worldwide phenomenon,” Don O said. “And Dallas, Texas was his home.” 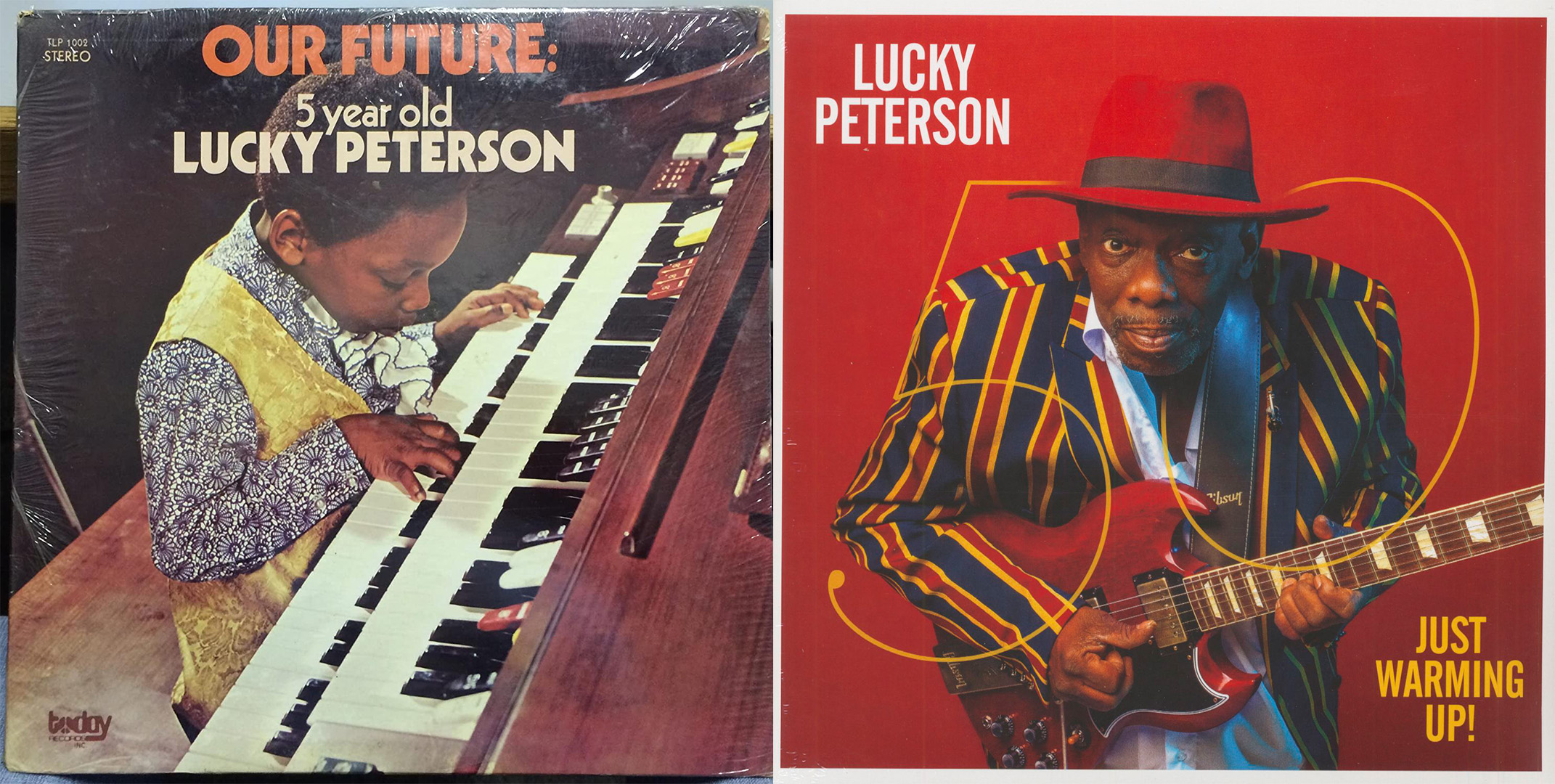 Judge Kenneth “Lucky” Peterson was born into the Blues. His father, James Peterson, owned a Blues club in Buffalo, NY. He was called a musical child prodigy in his time.

In 1969, his first album, Our Future: 5 Year Old Lucky Peterson, was released, and he started his journey to become a well-known multi-instrumentalist. He was booked for tours and hundreds of recording sessions, including playing backup guitar and keyboards for Etta James and the Bobby “Blue” Band.

He made television appearances on The Ed Sullivan Show and The Tonight Show with Johnny Carson, further pushing the Blues on a global scale.

Peterson gained a large following in Europe during his career, filling stadiums with his shows. He moved to Dallas in the late ’80s, and resided here until his untimely death in 2020, at the age of 55.

“He was a great songwriter, and he knew how to lay down a groove. ” Don O. said. “He became another great addition to the Blues, representing Dallas when he went all over the world.” 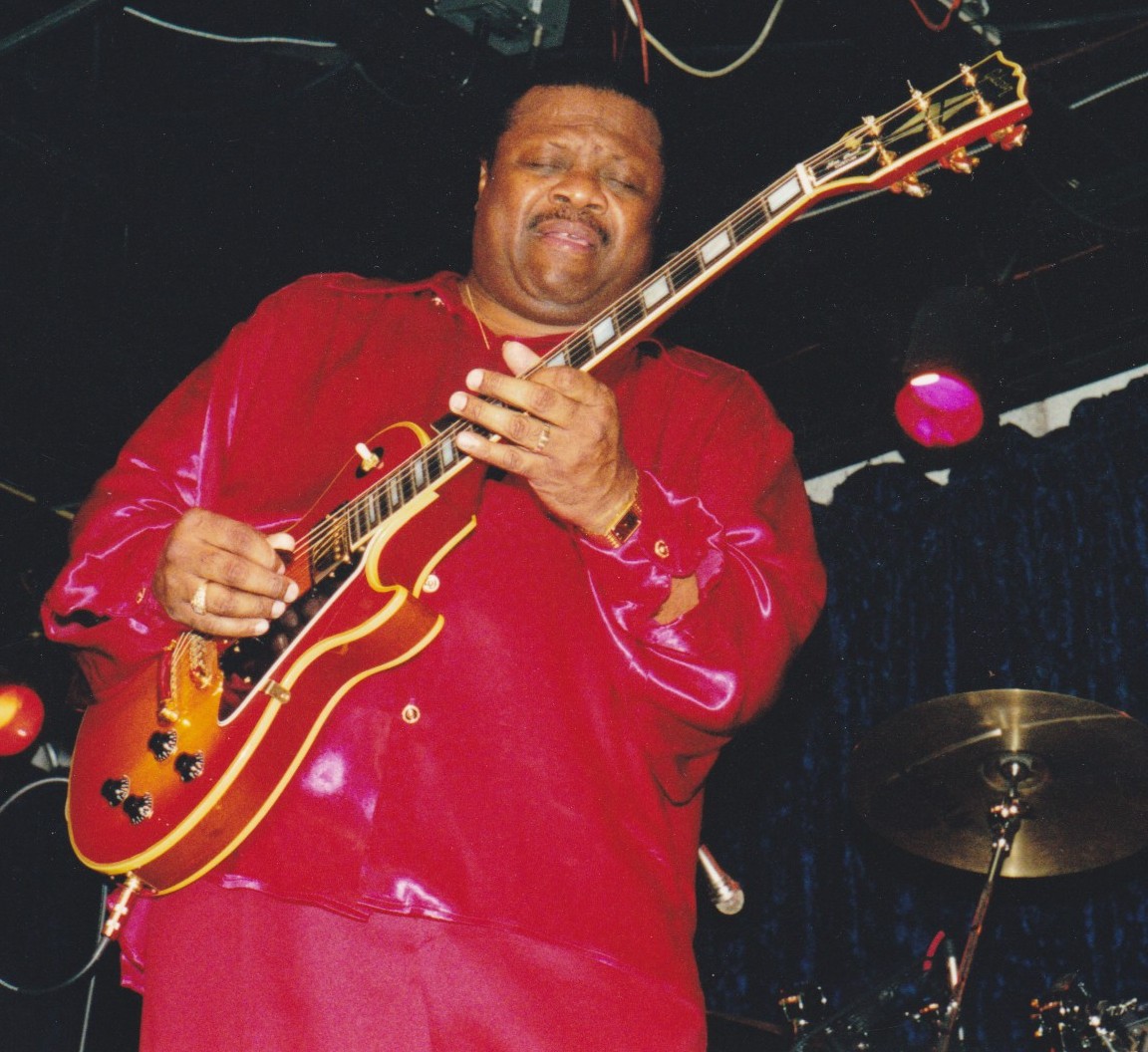 Andrew “Jr. Boy” Jones started playing guitar in Dallas, and at 16, played in Freddie King’s backing band The Thunderbirds. He recorded on the Freddie King live album Larger Than Life in 1973.

In 1967, he joined Bobby Patterson and the Mustangs, signing with Abnak Records and recording 45 singles on the Jet Star label. He’s recorded and toured extensively, creating his own living legacy in the Dallas Blues scene.

Most recently, he played the 2021 Harambee Blues Festival. 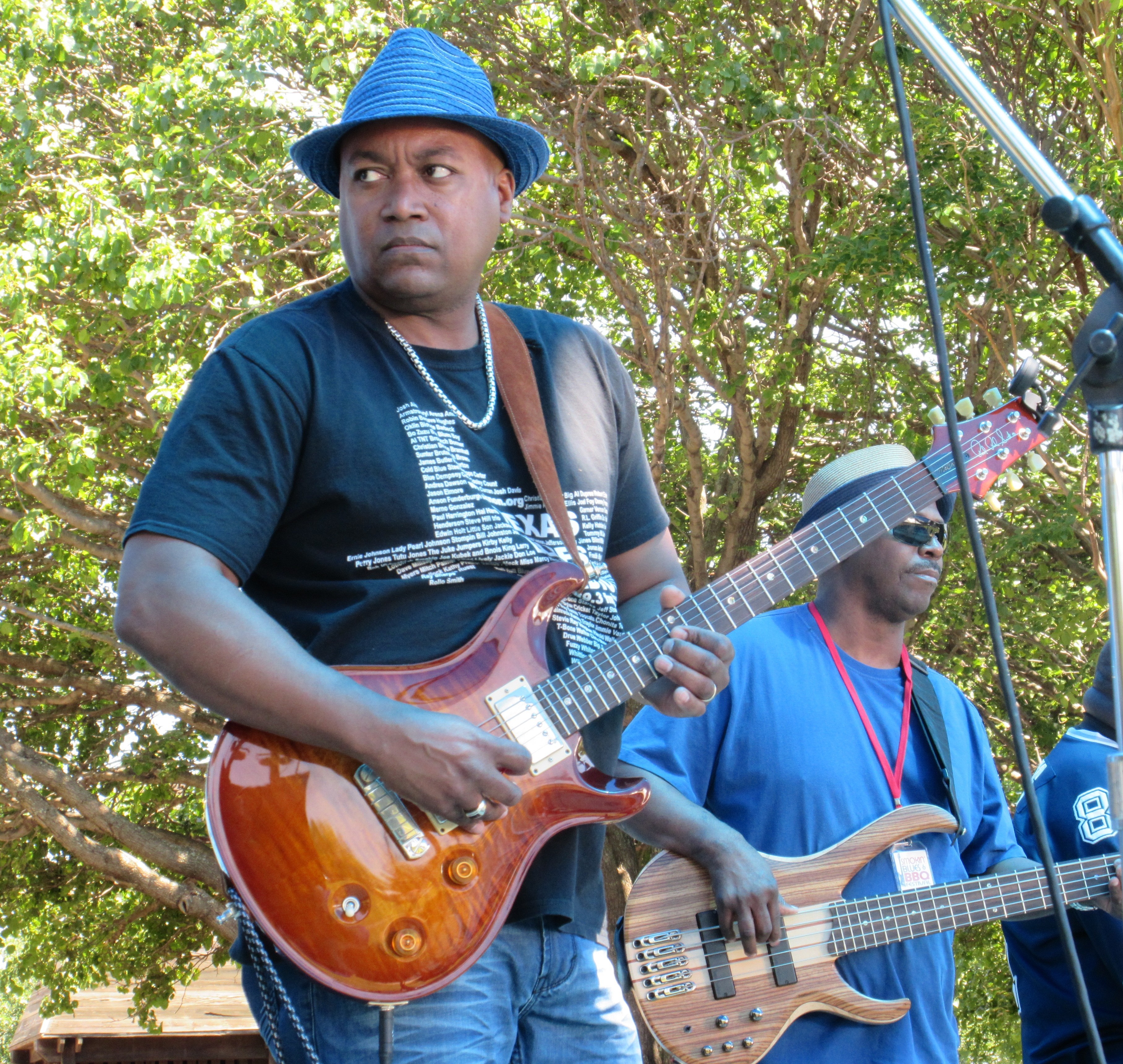 Larry Lampkin is a Blues musician from Fort Worth, writing and performing songs about everyday life experiences.

He is influenced by Delta, Chicago and Texas Blues. He’s released four albums, and has toured the world with soul singer Vernon Garrett’s band.

He plays  Third Rail at Harvest Hall in Grapevine on April 9. 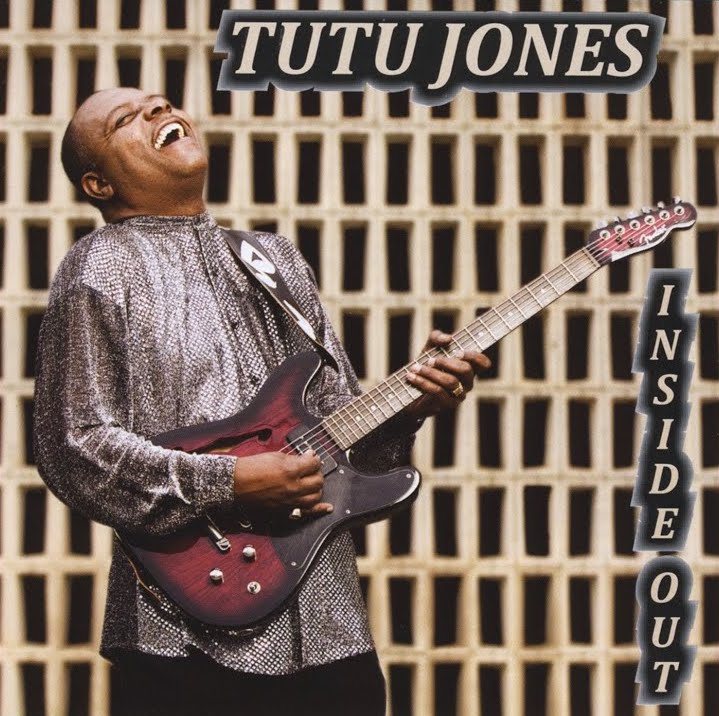 Tutu Jones’ most recent album Inside Out. Image from Shazam.com

John “Tutu” Jones Jr. was born and raised in Dallas, and started out playing drums with a Mississippi musician, Little Joe Blue. He soon found the electric guitar, which he would used to build his career and become a singer songwriter.

You can find Tutu Jones at Bucky Moonshine’s playing shows every first Saturday of the month. 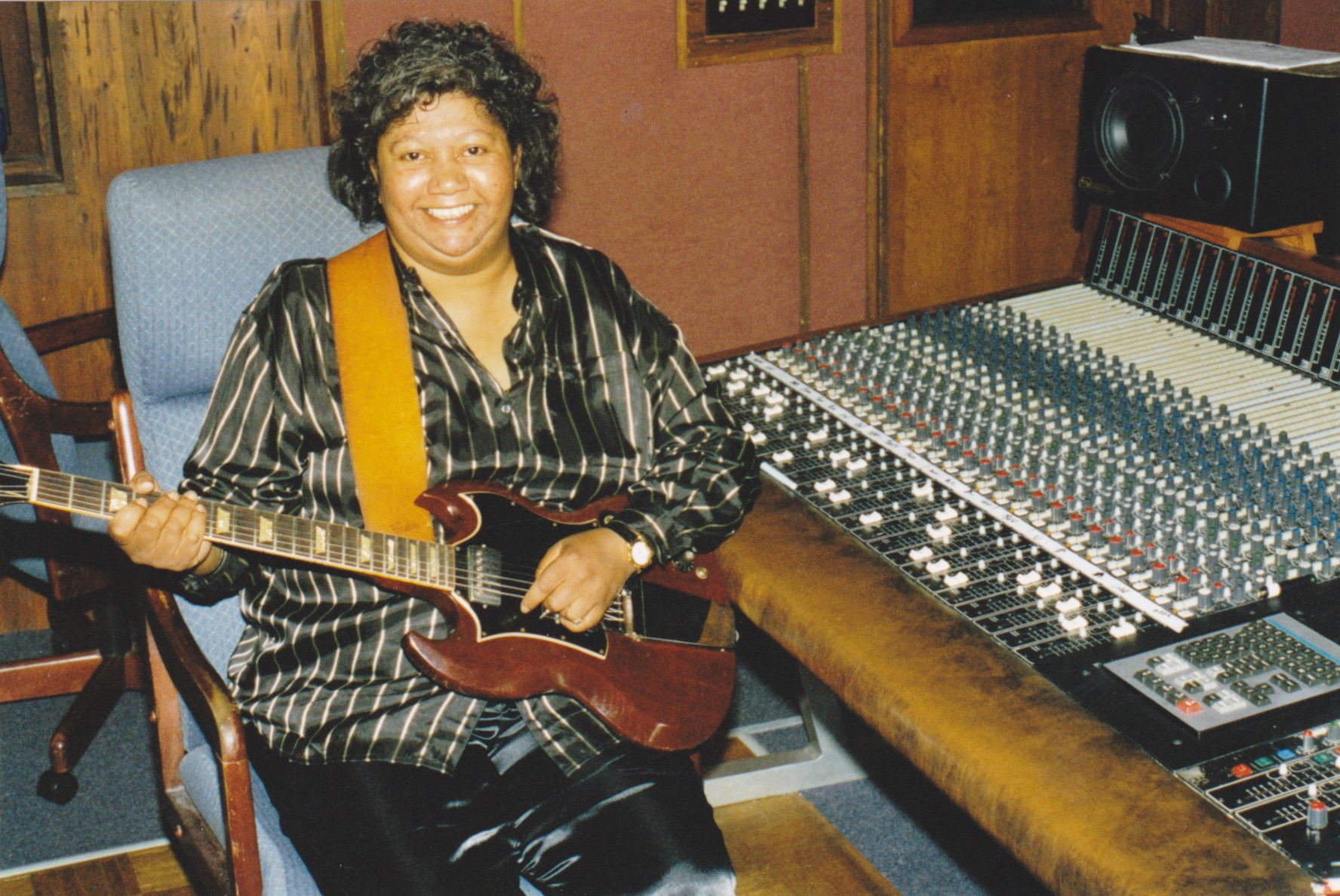 Cookie McGee lived down the street from Freddie King’s house in North Dallas. She played guitar, sitting in with King, and ended up forming a band with his children. That band played around Dallas for years, said Don O.

By the age of 8, McGee had already learned classical piano and Blues guitar, and quit high school to become a touring musician. She made frequent appearances to play a song or two with King on stage, and she popped up for sets with Bugs Henderson and Andrew “Jr. Boy” Jones, surprising the crowd with her upside-down and backwards guitar work.

She cut her first record, Right Place, in 1998 and recorded One Way Ticket, featuring Lucky Peterson, in 2009 in Dallas.

If you’d like to learn more about the Blues in DFW, you can visit Don O.’s website, which is full of information about Blues history, artists, clubs and more.