Beyond the Surface with Dana Harper and B.MOORE DANCE presented by the Oak Cliff Society of Fine Arts at Turner House is a celebration of women that captivates the audience through music and movement in an intimate live setting.

The programming committee of the OCSFA (Donna Miller, Avis Strong and Petrine Abrahams) approached Harper about doing a salon for the Spring season of 2022. Harper had performed at Turner House pre-COVID in March 2020, and the opportunity to put on her own salon gave Harper the creative freedom to develop a show that became something special.

“It’s time for me to push myself and the envelope,” Harper said. “It’s about creating experiences that are intentional.” 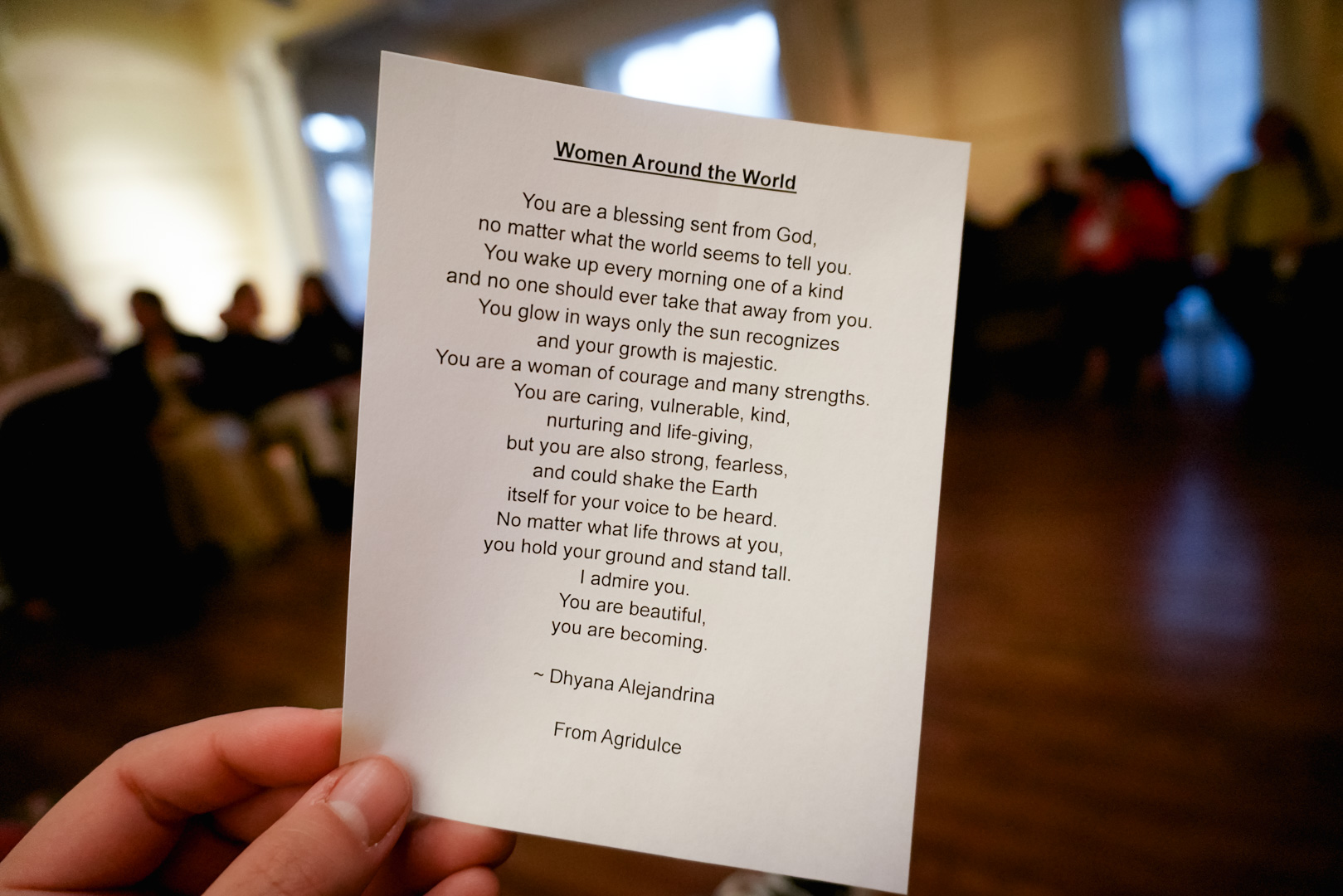 A poem by Dhayana Alejandrina was handed out to guests before the show began. Photo: Jessica Waffles

Harper read several poems to music accompanied by dance, including “Women Around the World” by Dhayana Alejandrina, “Our Mothers” by Kevin Powell, “Phenomenal Woman” by Maya Angelou and a passage from BellHooks’ book All About Love.

Women’s History Month was the initial theme the OCSFA asked to be included for the show, and Harper took that theme and ran with it.

“I started to think about my family and my ancestors,” Harper said, “and how we deserve to be celebrated for more than a month – but forever and ever. I was pulling inspiration from all the women I had growing up. Women are always my inspiration.” 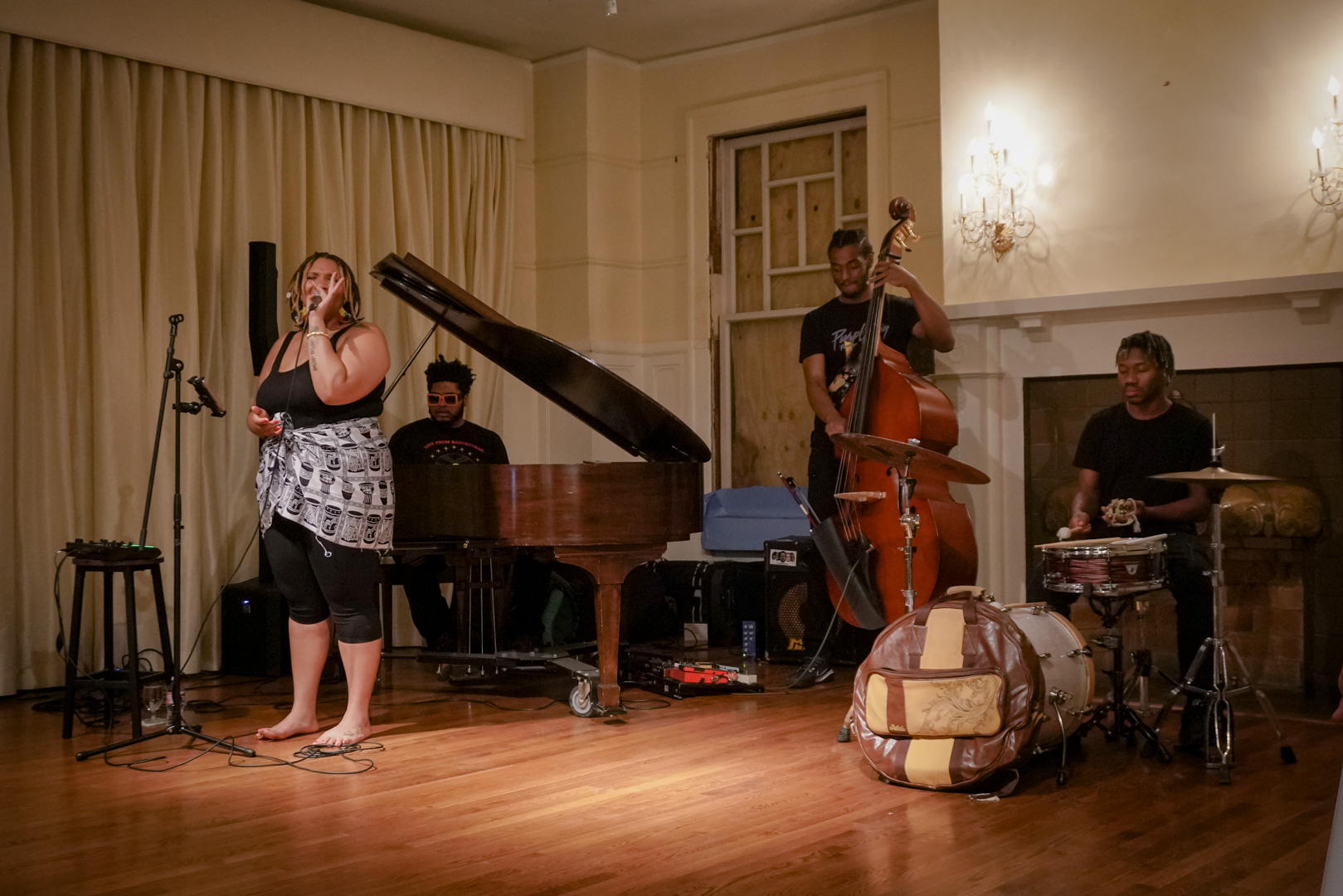 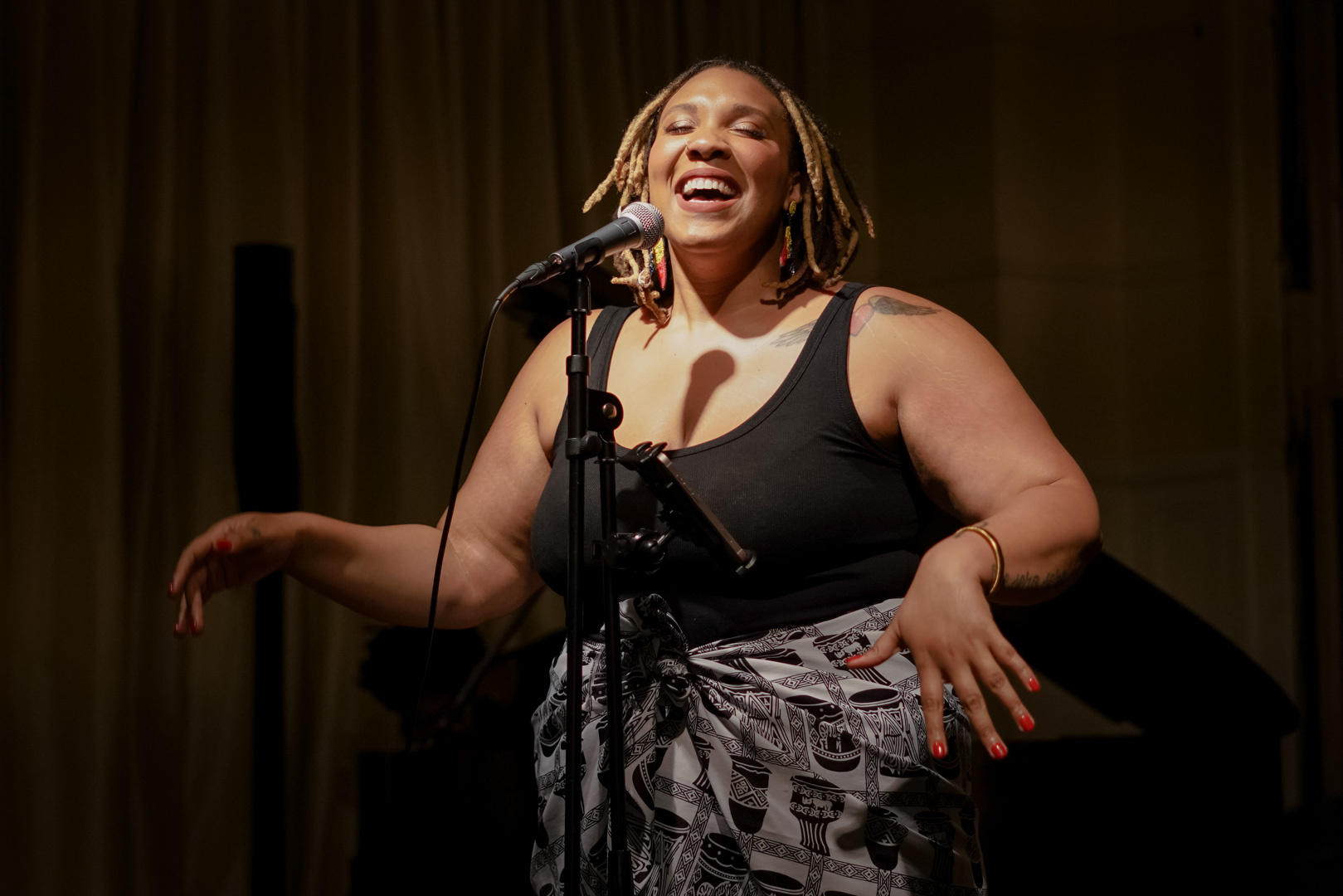 The positive energy was infectious at the Beyond the Surface performance. Photo: Jessica Waffles 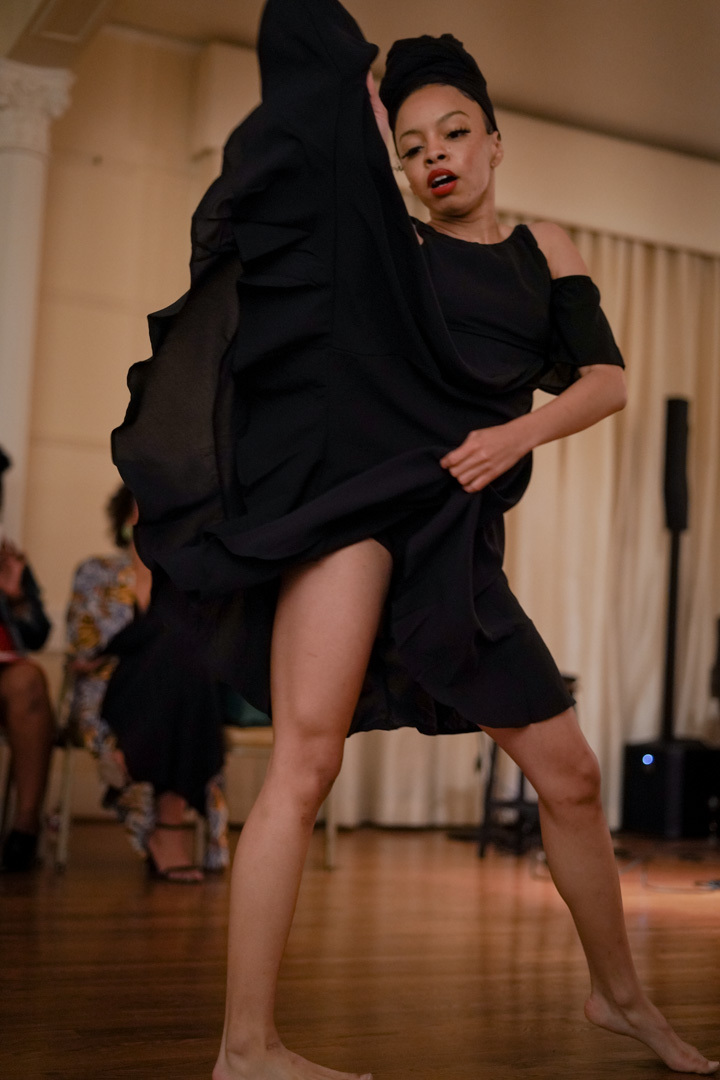 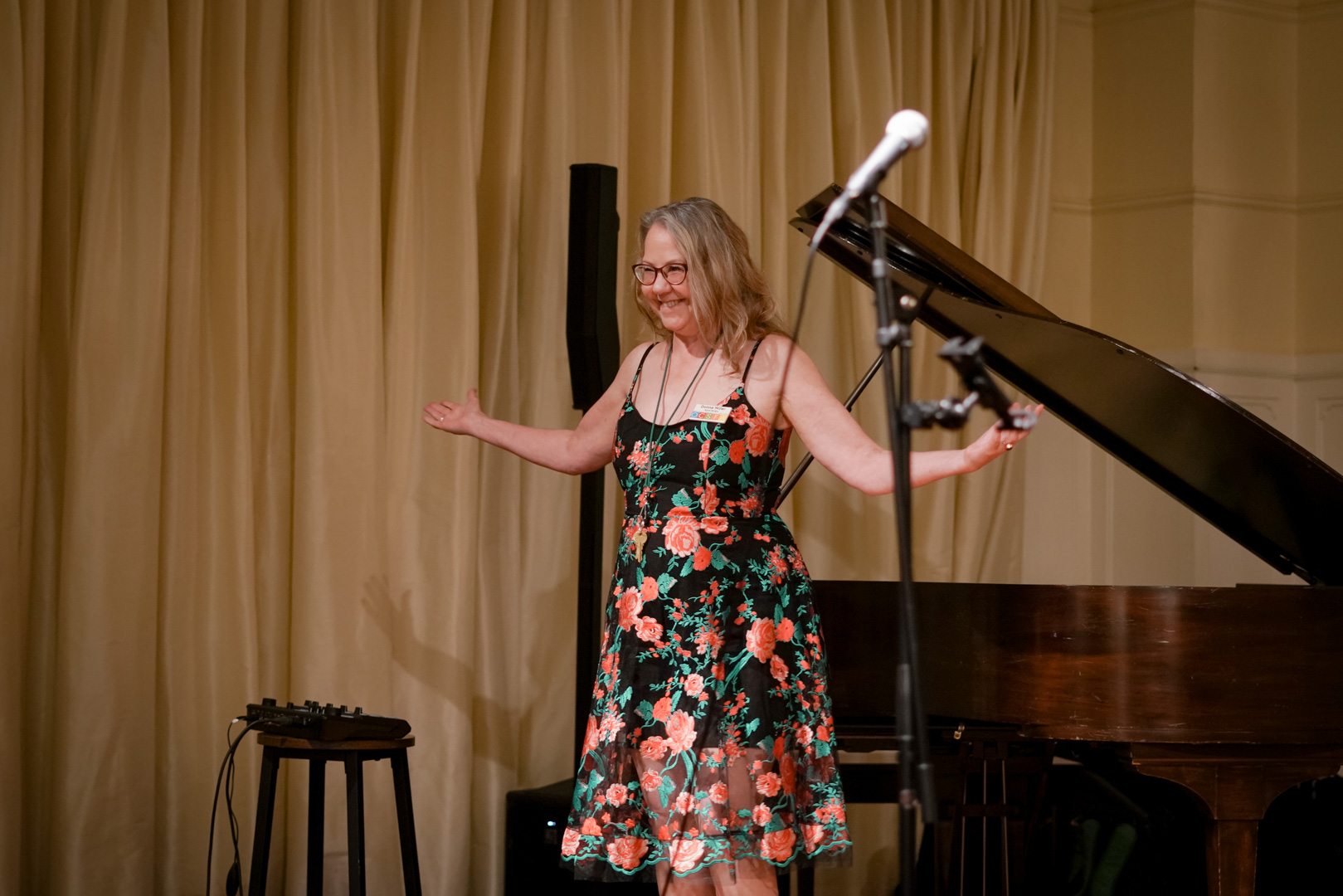 This event was the first instance of a professional dance company performing at Turner House, which was built in 1912. By 1926, OCSFA was founded and would eventually come to own the house. The house is named after Mrs. E.P. Turner, founder of the Oak Cliff Society of Fine Arts.

“We are finding a new way to step out with the community and be a resource,”OCSFA president Donna Miller said. “This place is meant to be filled with joy, laughter and beauty.” 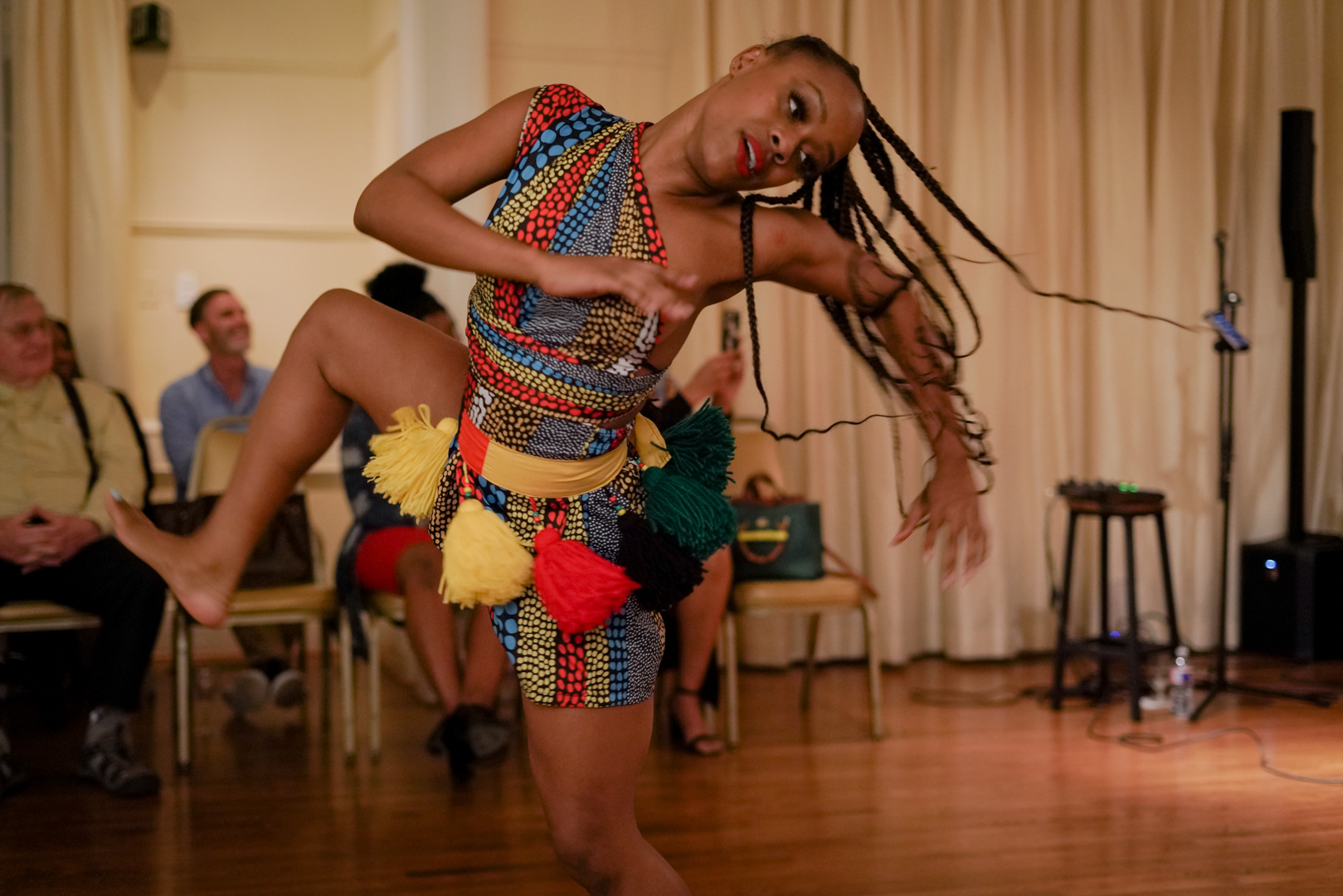 Avery Alexander danced for the Beyond the Surface event, enlivening the crowd in movement. Photo: Jessica Waffles 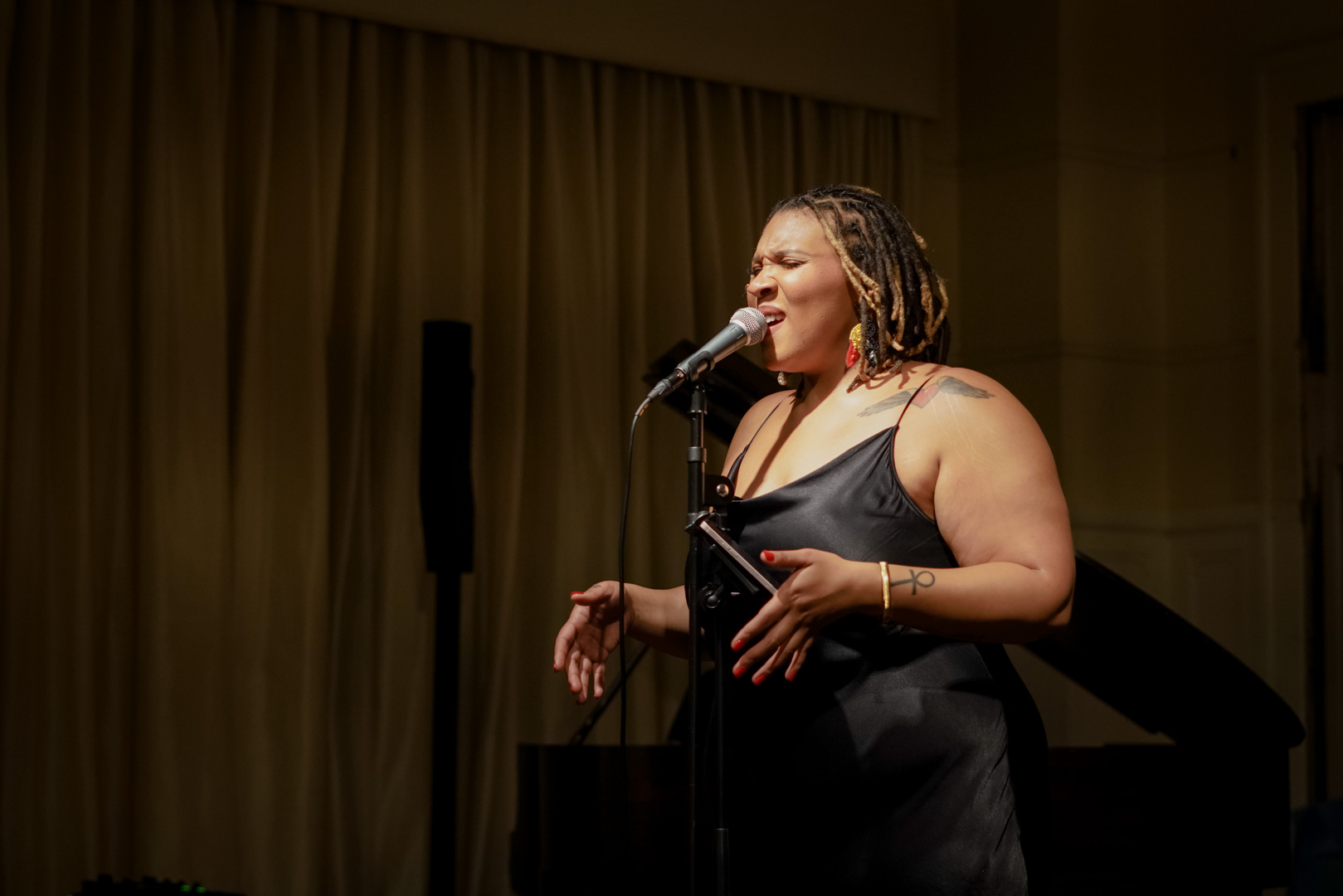 Dana Harper’s return to Turner House was the first since her pre-Covid performance there in March 2020. Photo: Jessica Waffles 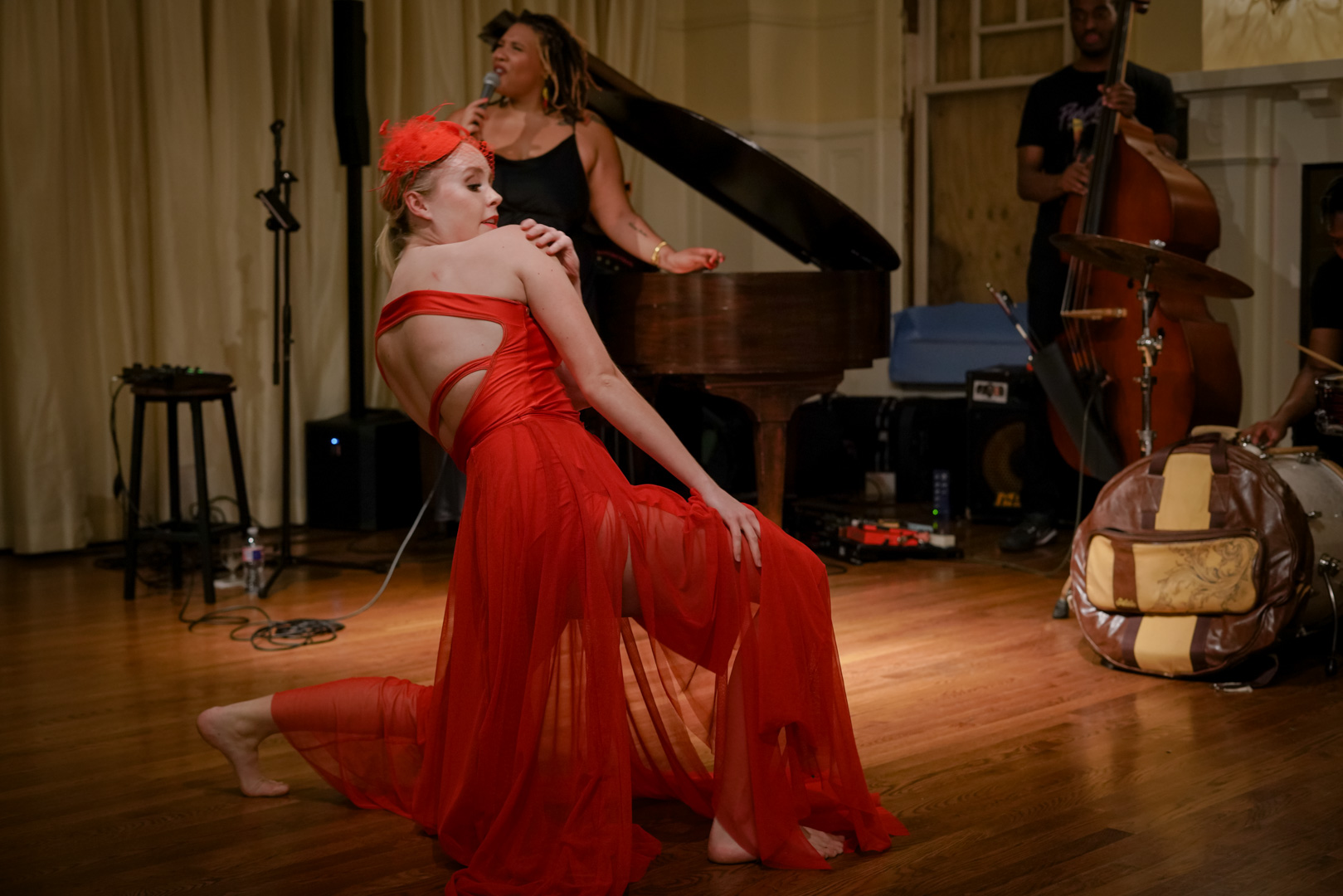 B. MOORE DANCE‘s mission is “to empower and transcend generations through the art of dance by cultivation the arts through leadership, education and performances.” Their next endeavor is a production called i am magic, which is dedicated to Black women and girls of the 20th and 21st century who used creativity as a catalyst for social change, Moore said.

i am magic will be performed live at Addison Theatre Center on May 27-29. The project will also be made into a film on B. MOORE DANCE’s digital platform, Dances on the Reel, supported by the Moody Fund for the Arts. 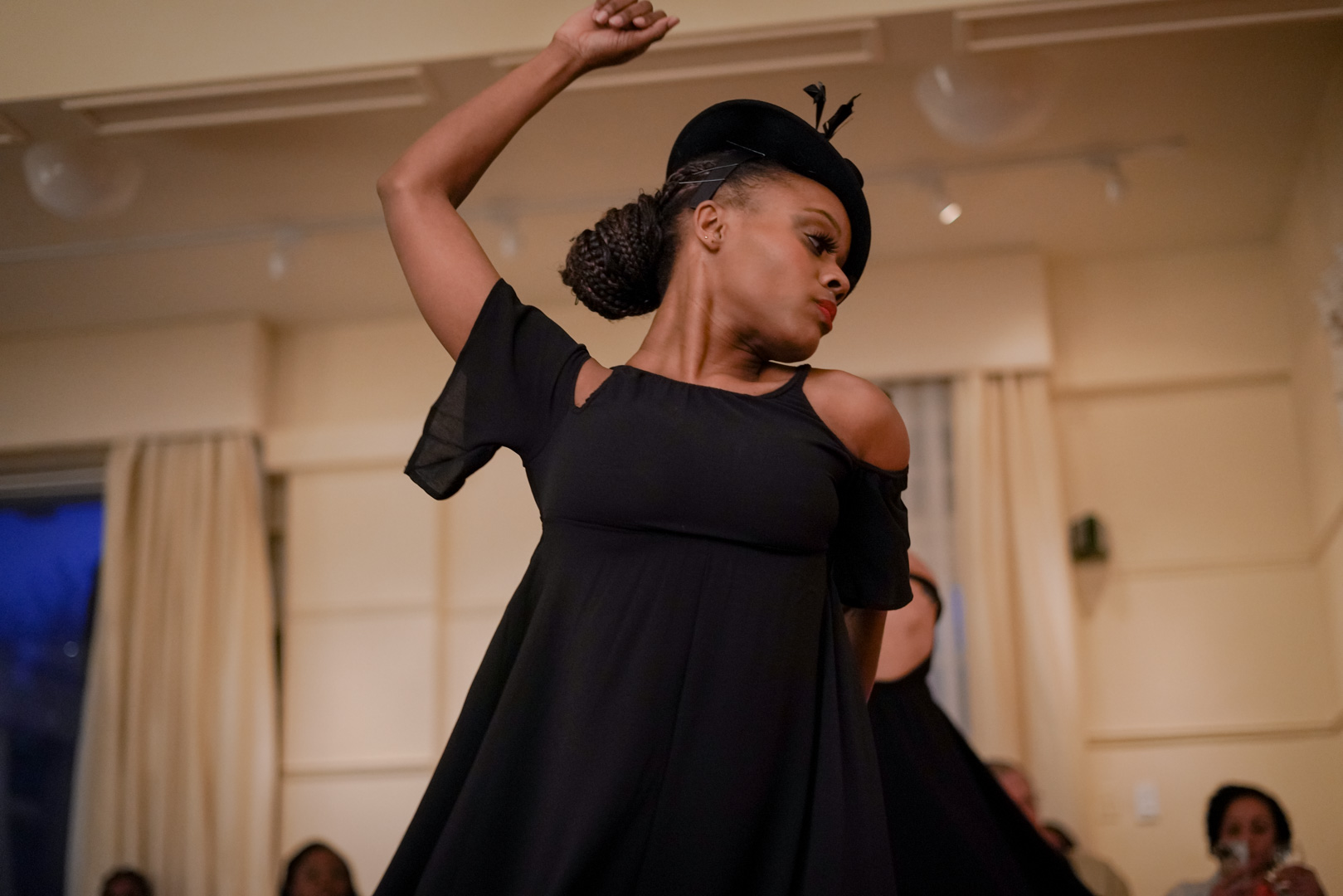 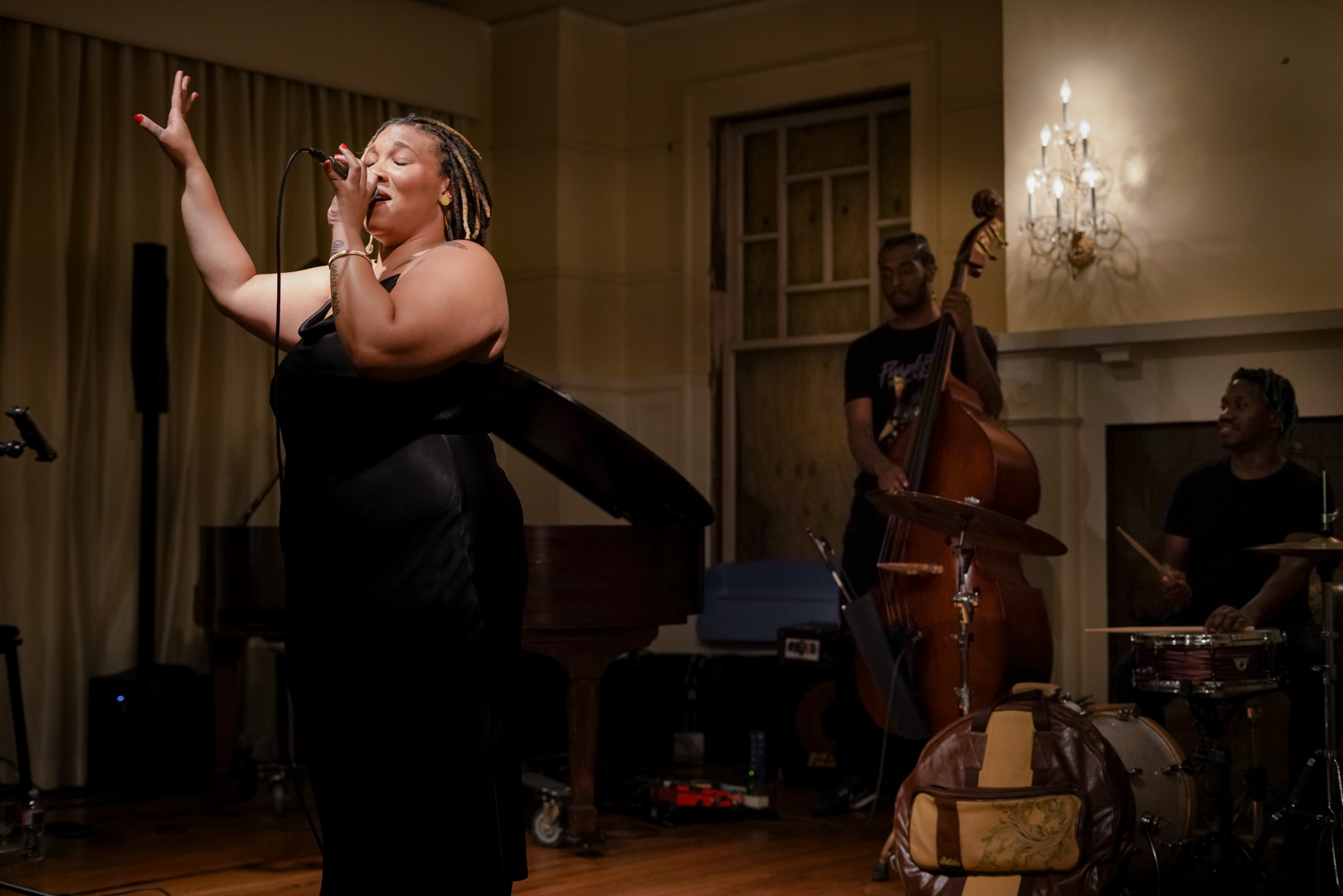 The audience at Turner House was respectful and attentive watching the performances. Photo: Jessica Waffles 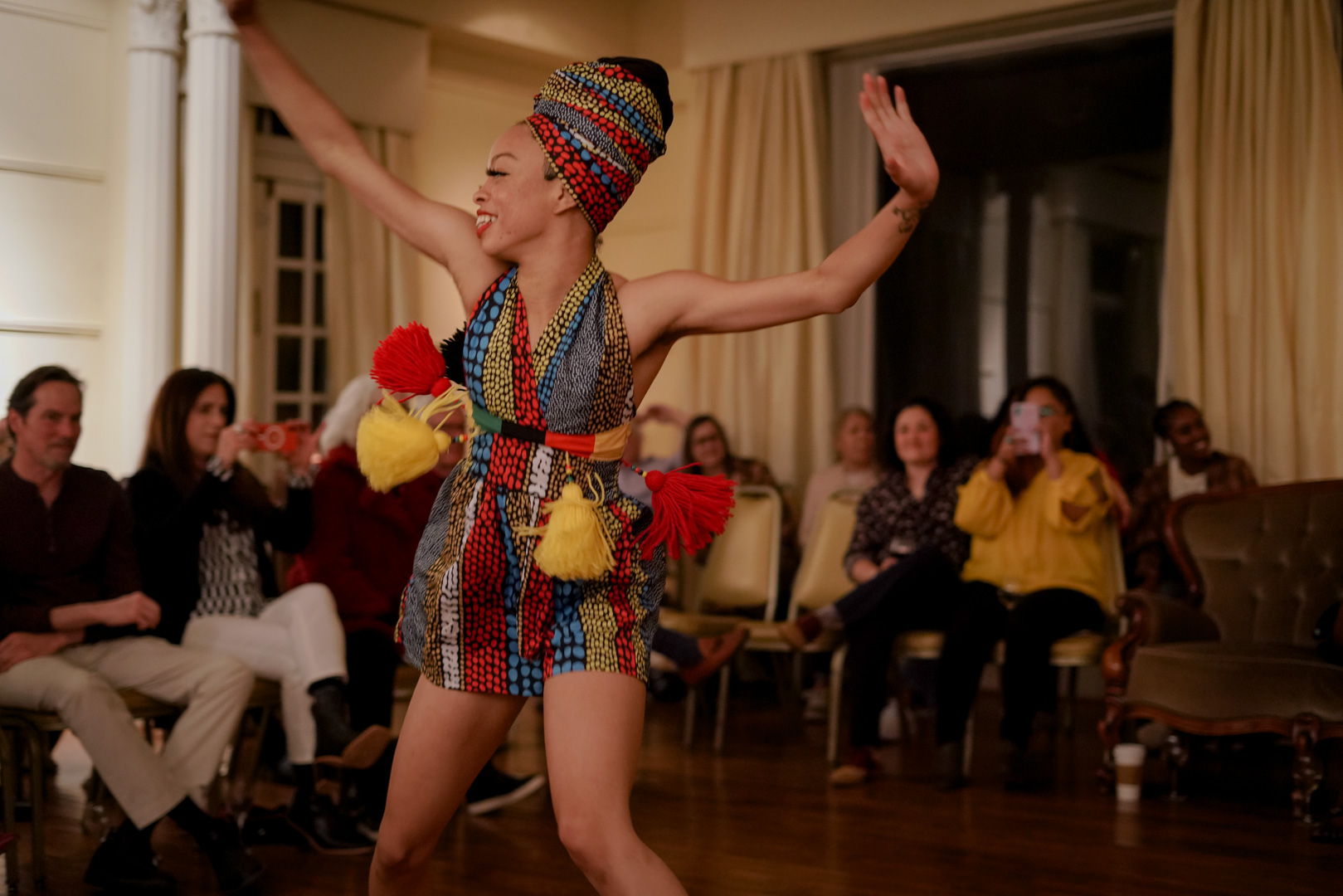 Rayven Leak performs the during the last song of the night. Photo: Jessica Waffles

The experience was a treat for the senses, as the audience got to feel the emotions from both the musicians and the dancers. The powerful poetry segments gave way to female empowerment, coupled with the grace of the choreography by Moore.

“I want to see how far we can take this,” Harper said. “We would love to have it on a big stage, with more dancers, and a bigger band.”

If you can’t make it to this event, Harper plays every Wednesday at Chocolate Secrets in Dallas.

The next salon at Turner House will be focused on Candy Barr, led by Skip Hollandsworth of Texas Monthly. 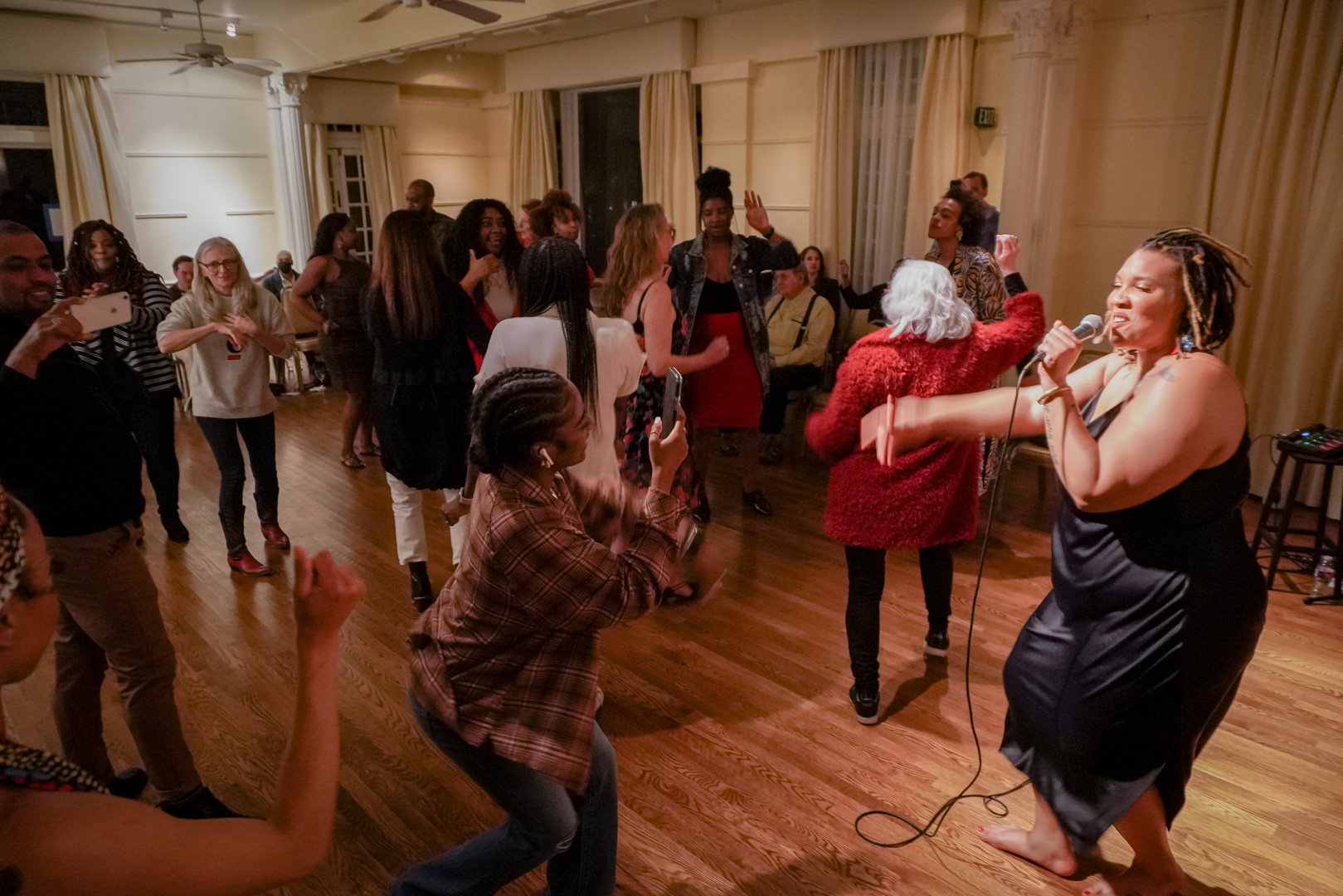 The end of the last song brought guests to the center of the room, dancing until the last note was struck. Photo: Jessica Waffles 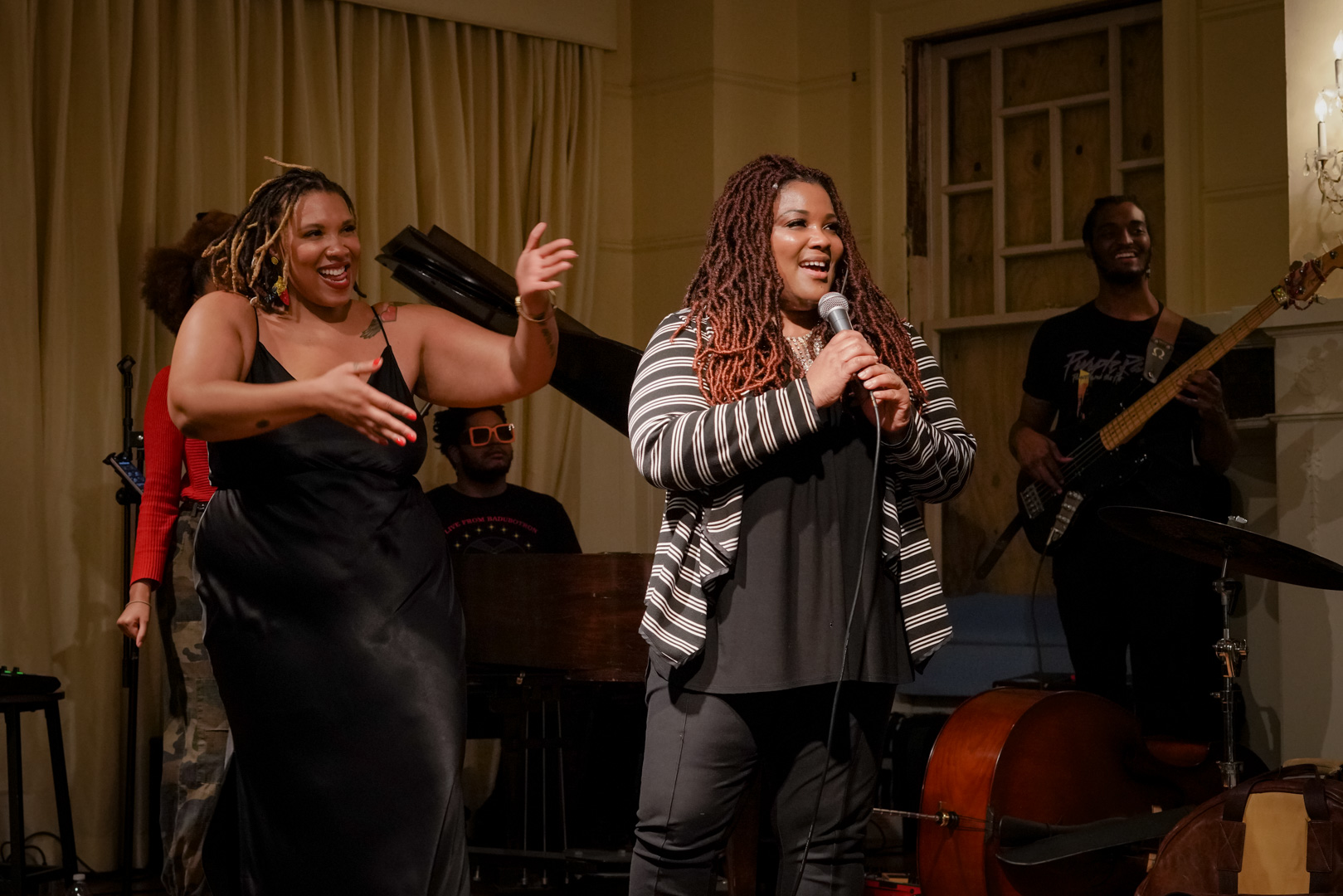 Dana Harper brought collaborator Bridget L. Moore to the front of the room to have her introduce her dancers for a final bow that participated in the event. Photo: Jessica Waffles