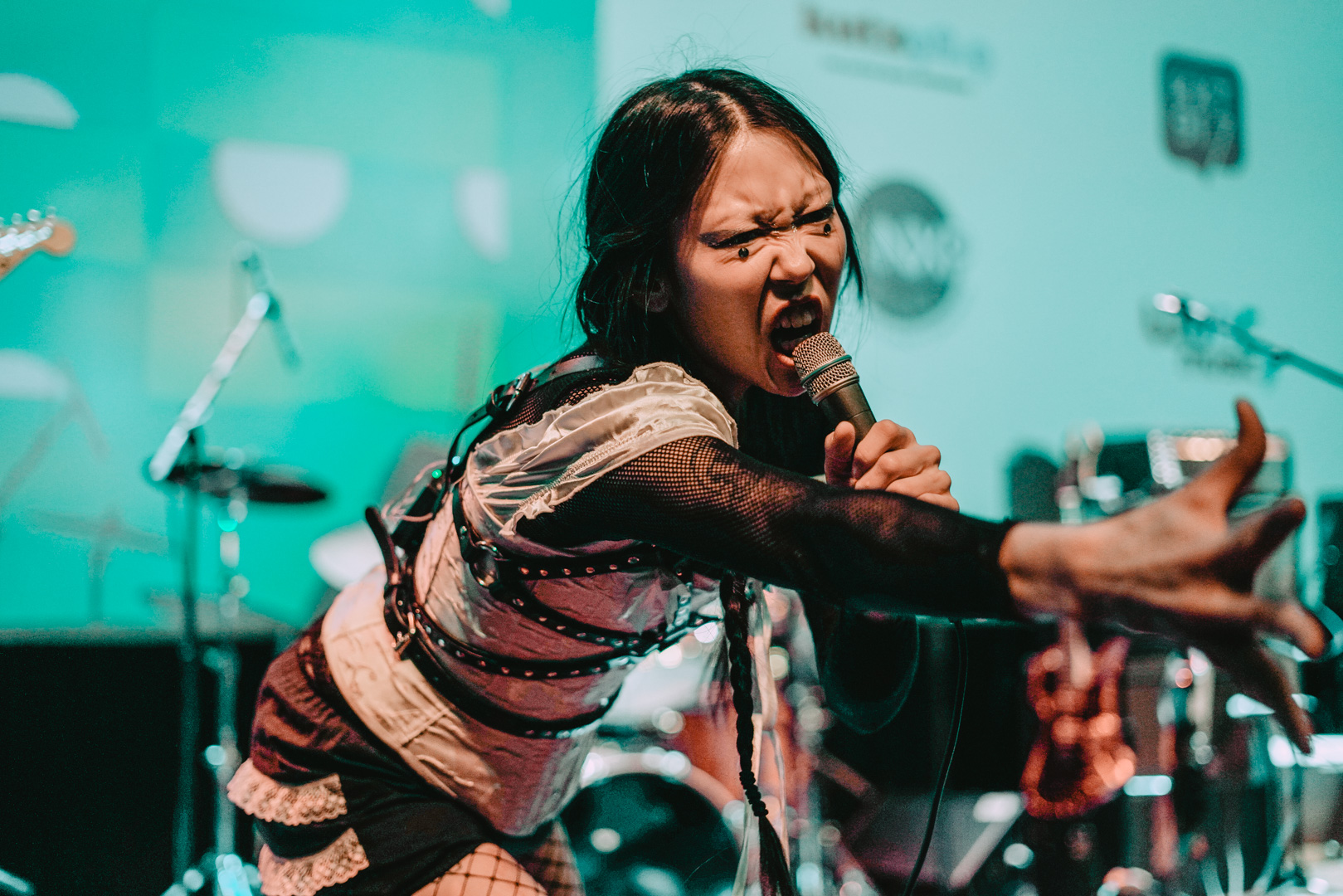 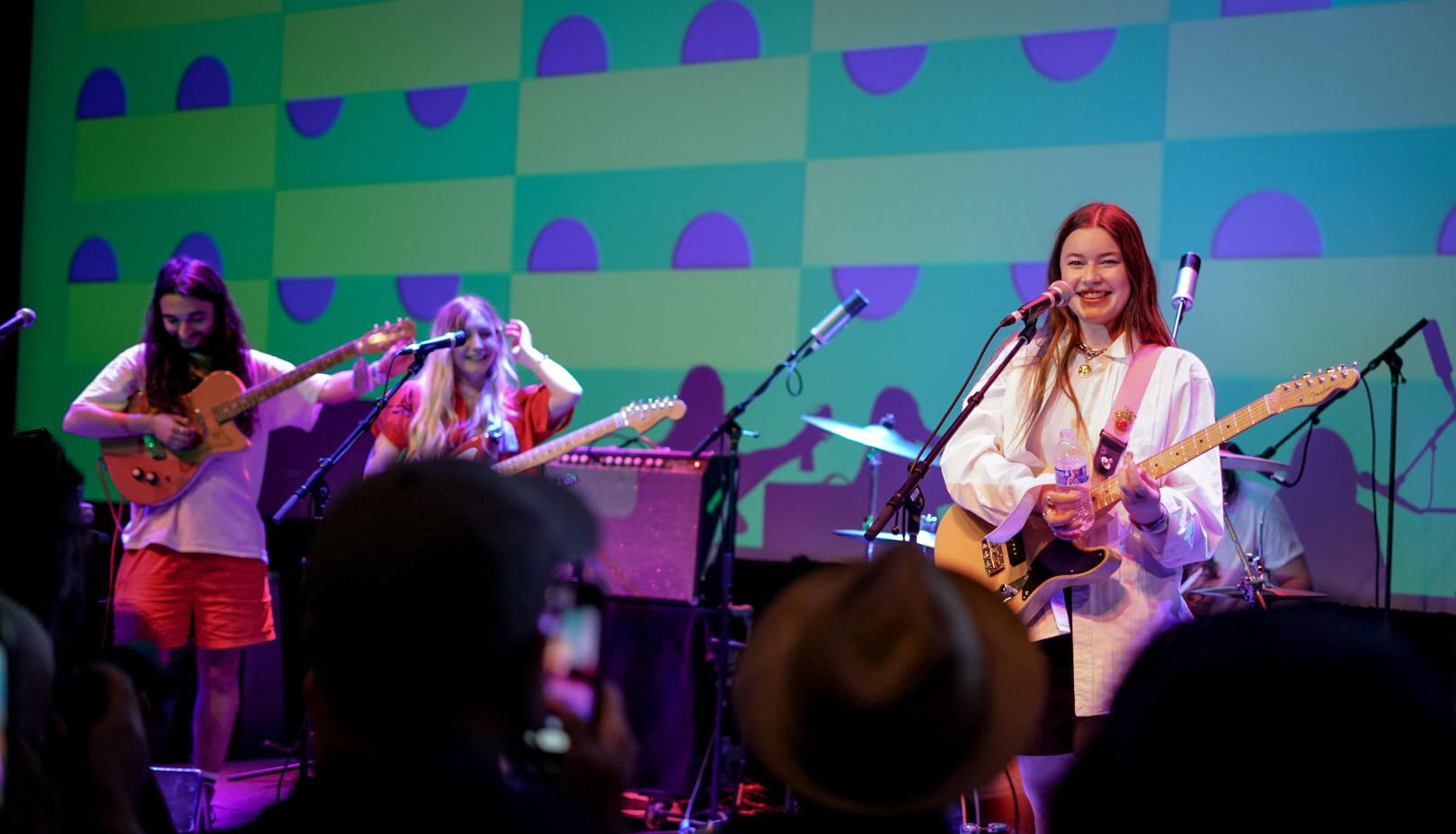 Wet Leg opened the show at the SXSW Public Radio Day Stage, playing to a packed room full of people trying to get a taste of the hit new British indie rock band. Photo: Jessica Waffles

The ballroom inside the convention center hosting the event reached capacity at the beginning of the show, as British indie-rock band Wet Leg kicked things off. Formed in 2019, the young band has gotten traction for their music through the viral hit single “Chaise Longue,” and has been dubbed 2022’s “hottest band.” Known for their cheeky and fun songs, their self-titled debut album is expected to drop April 8. 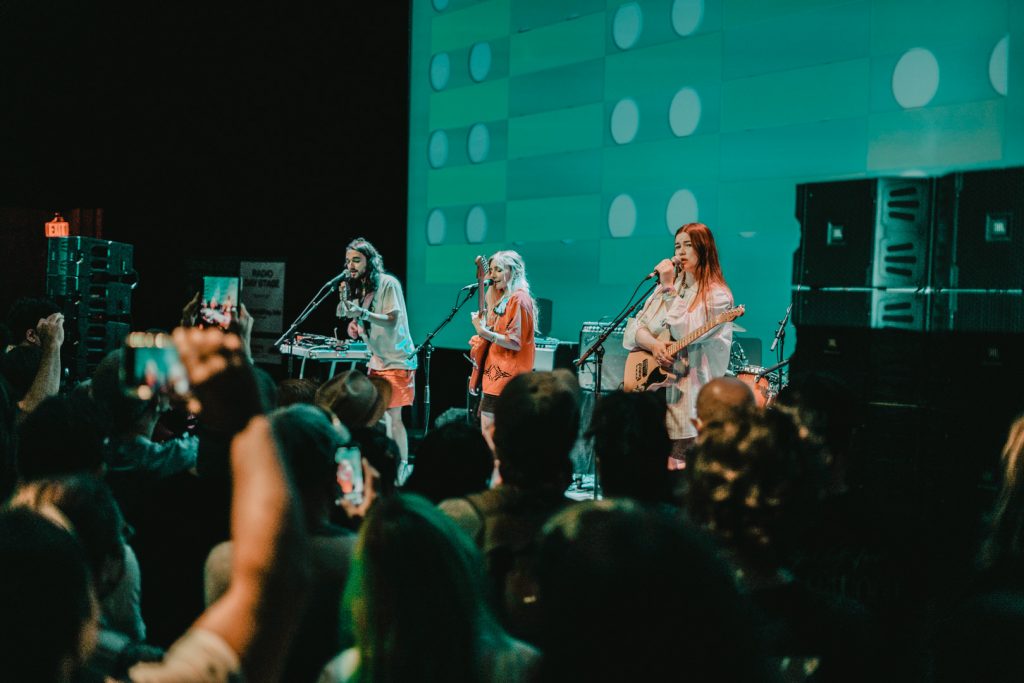 Wet Leg’s debut single “Chaise Longue,” blew up in popularity since its release less than a year ago, making the band one of the most anticipated artists at SXSW. Photo: Jessica Waffles 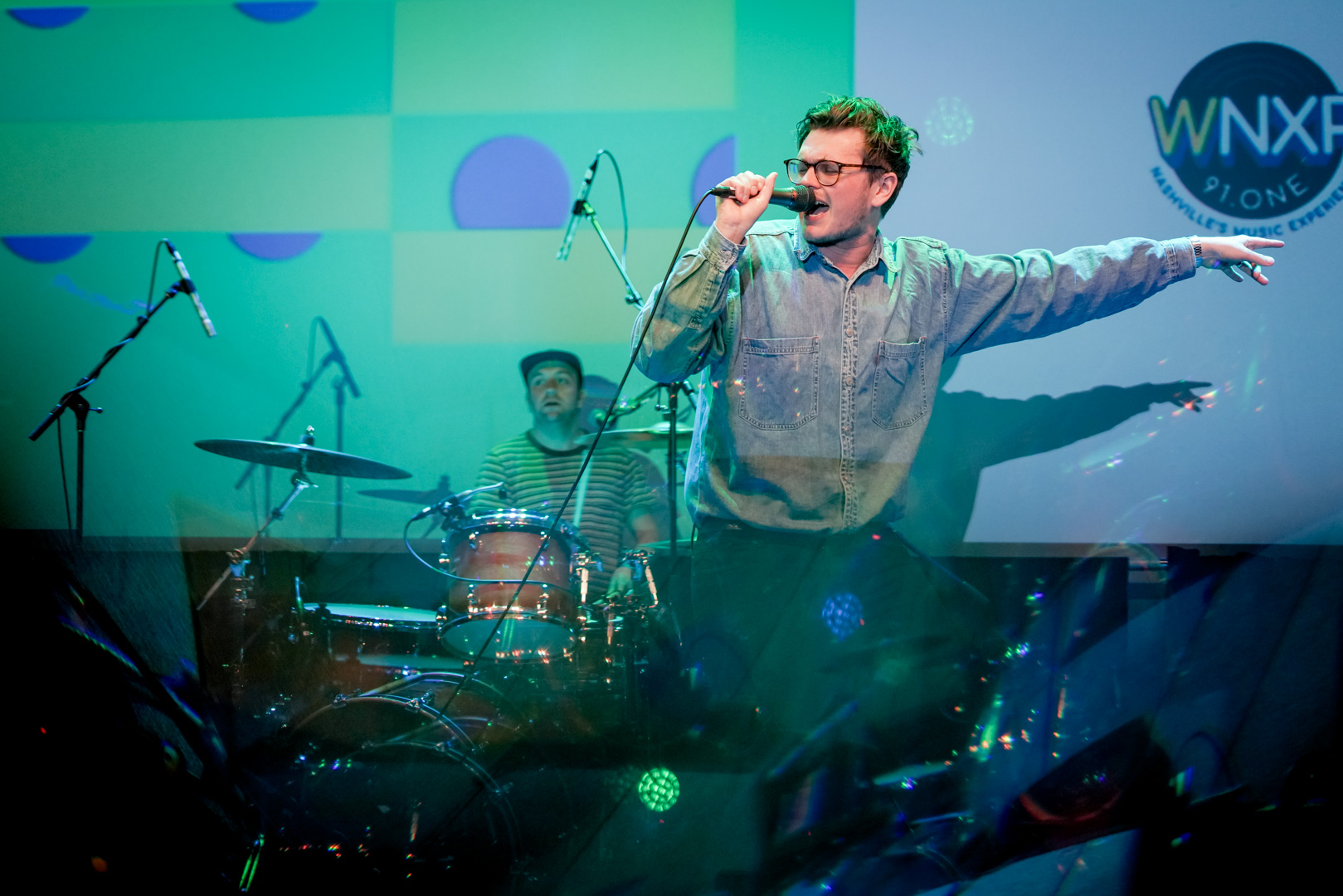 Yard Act performed at SXSW on the Public Radio Day Stage – which was their 7th performance of the week – mustering up energy to give a thought-provoking performance of their original works. Jay Russell (drums) and James Smith (vocals). Photo: Jessica Waffles

Yard Act from Leeds kept the party going. Lead singer James Smith gave a thought-provoking performance alongside his band members Ryan Needham (bass), Sam Shjipstone (guitar) and Jay Russell (drums). Smith’s piercing lyricism cut through the music, giving way to speak on matters such as the endurance of human spirit (in “100% Endurance”), and the agonizing tribulations of wealth and money (in “Rich”). Their debut album The Overload was released in January 2022.

As described in the Yard Act bio on Bandcamp, “Their inherent wit has been sharpened down into something that speaks to the times we live in, creating a statement of intent that survives on nuance, that manages to poke fun at society without punching down from a place of left-wing superiority or right-wing anger. The Overload is a political record, but in the same way that all great observations of human nature are – a messy, complex, knowingly hypocritical snapshot of our current state of play.” 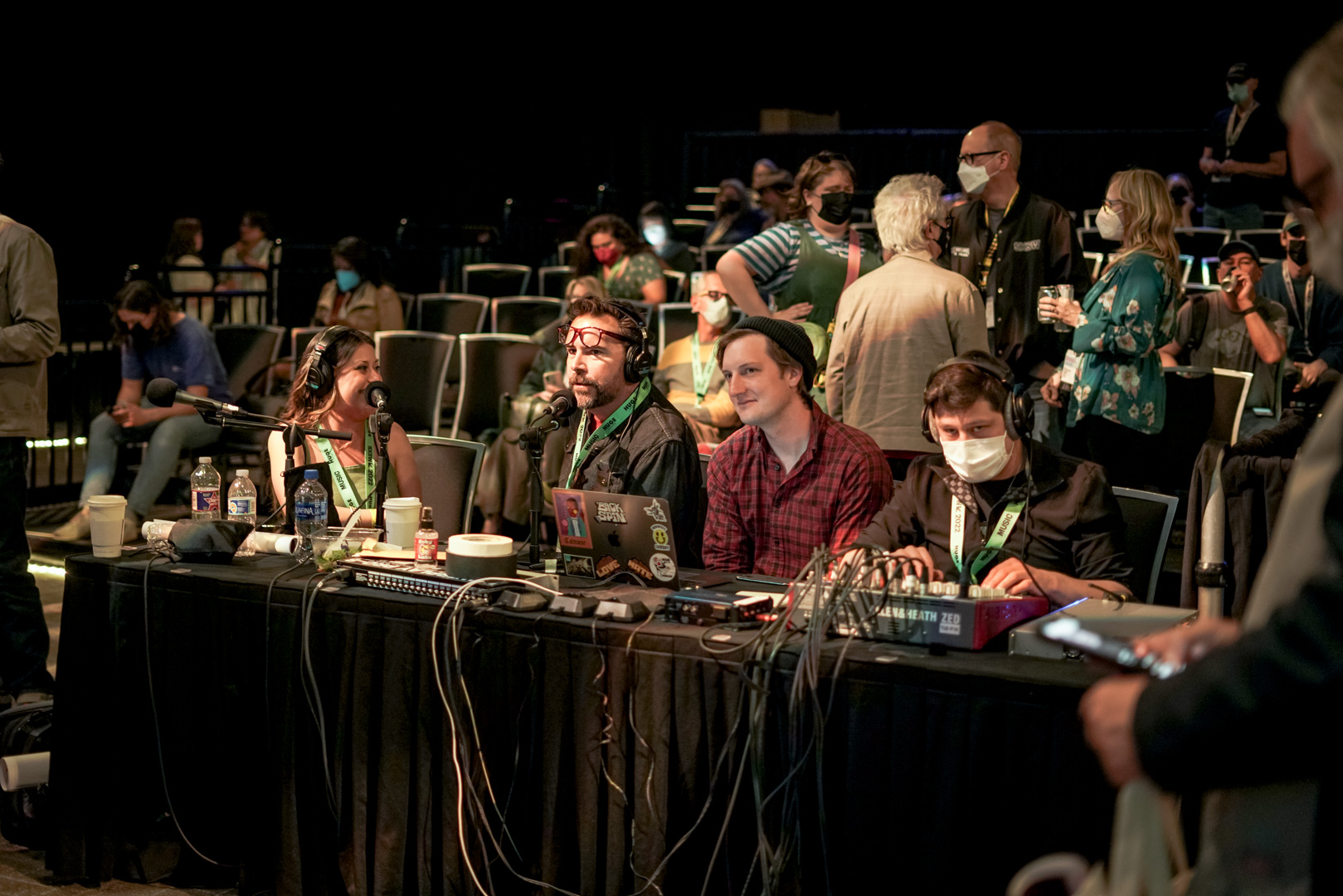 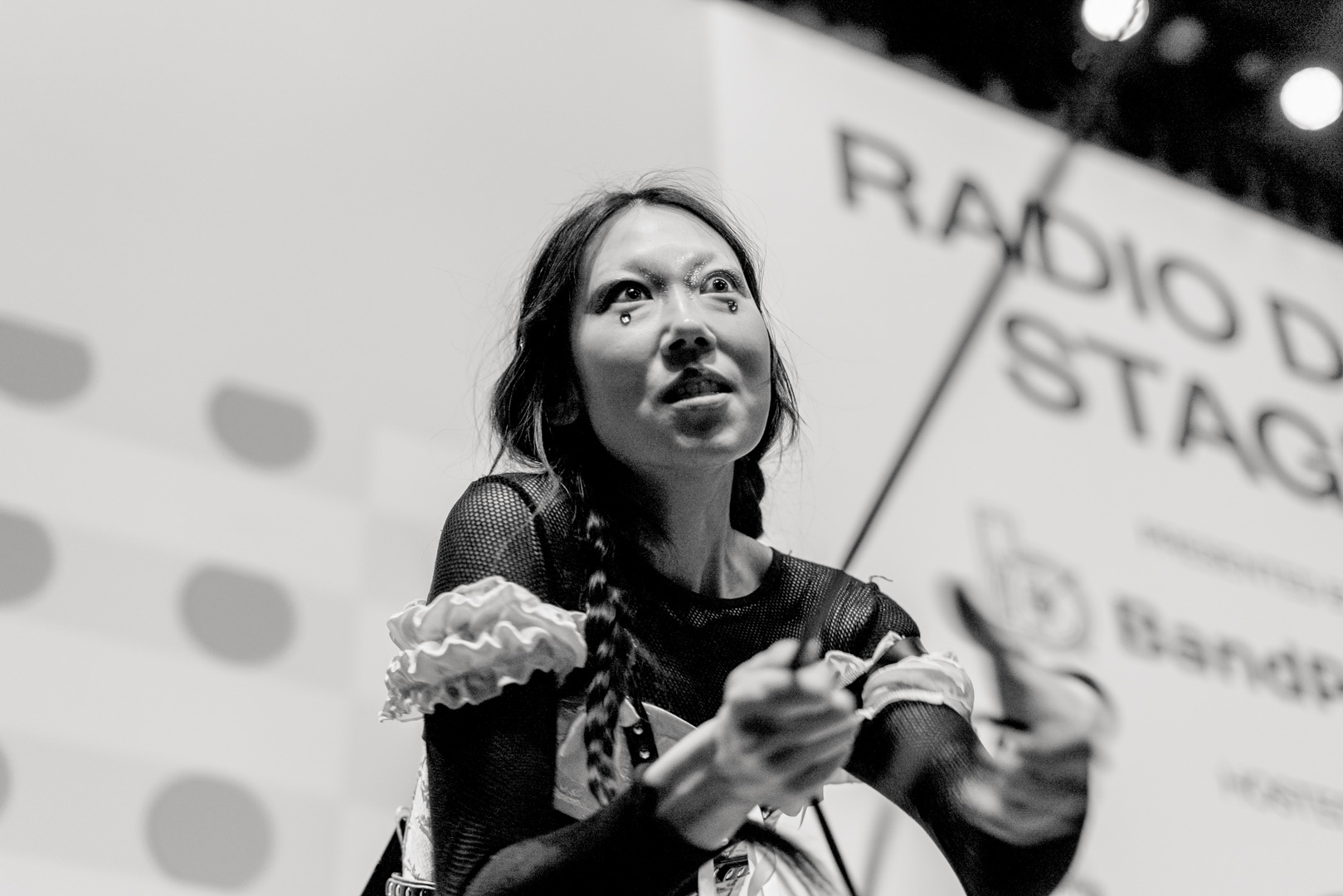 SASAMI threw a rope into the crowd, to pull someone from the back of the room all the way to the front in an interactive moment during her set. Photo: Jessica Waffles

Los Angeles-based band SASAMI came onto the stage in full ghillie suits – all but the singer Sasami Ashworth, who was dressed in fishnets, a corset and belts. The band’s unique style matched their heavy sound, with Ashworth’s voice elevating everything around her. “We’re going to bring you to both heaven and hell,” she said during their set, which at times felt like a chaotic flurry of movement and song. 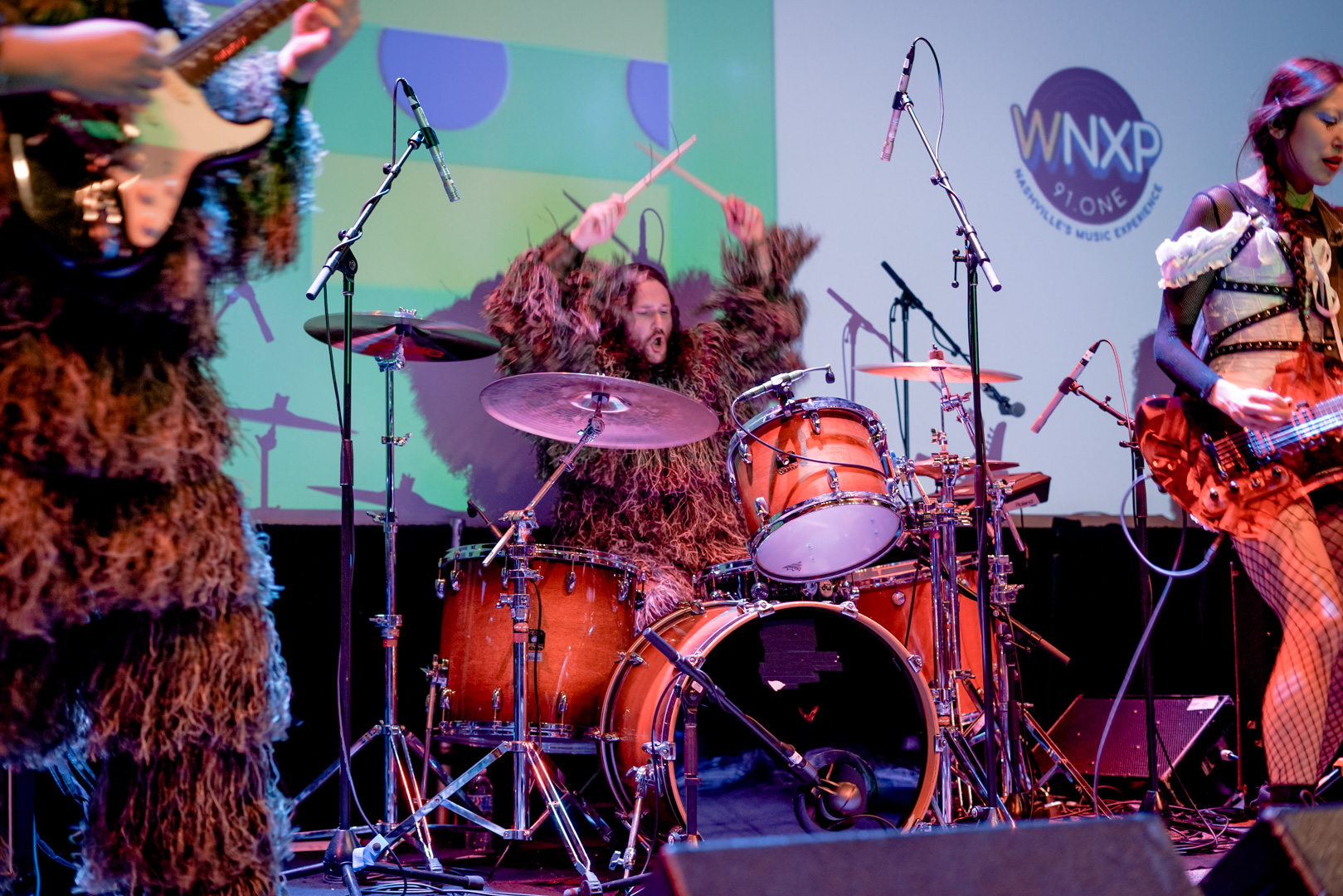 As described on their Bandcamp, SASAMI’s second full-length album Squeeze “surveys the raw aggression of nu-metal, tender plainspokeness of country-pop and folk rock, and dramatic romanticism of classical music.” Released in February 2022, the album joins the band’s 2019 first self-titled LP. 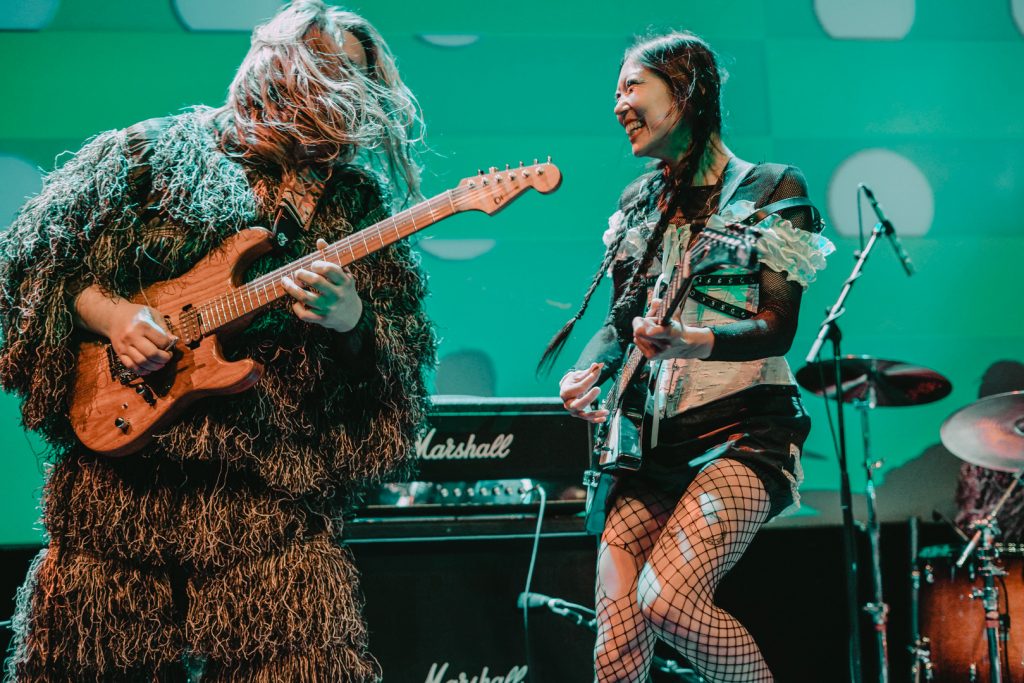 SASAMI had to take the title track of the album “SQUEEZE” off of their setlist last-minute because of explicit content, as the event was being broadcast live on public radio stations. Photo: Jessica Waffles 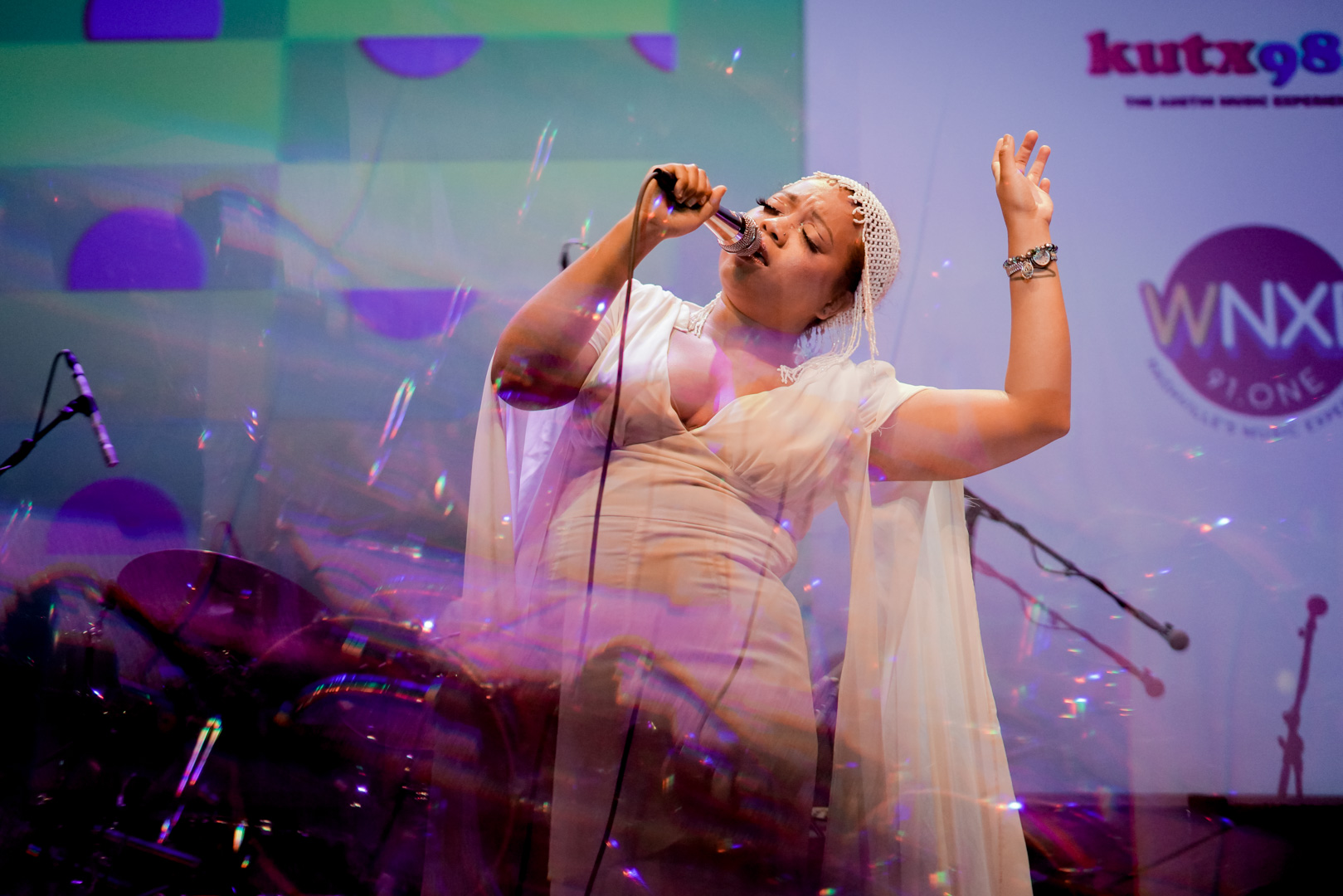 Closing out the Public Radio Day Stage was Seratones from Louisiana. Lead singer A.J. Haynes delivered sultry smooth vocals.  Floating onto the stage in her all-white outfit, her positive personality flowed out of her through the music – setting the tone for a well-rounded day of music. Her inviting demeanor drew her into the crowd at the end of the set, getting the audience to participate singing into the microphone. 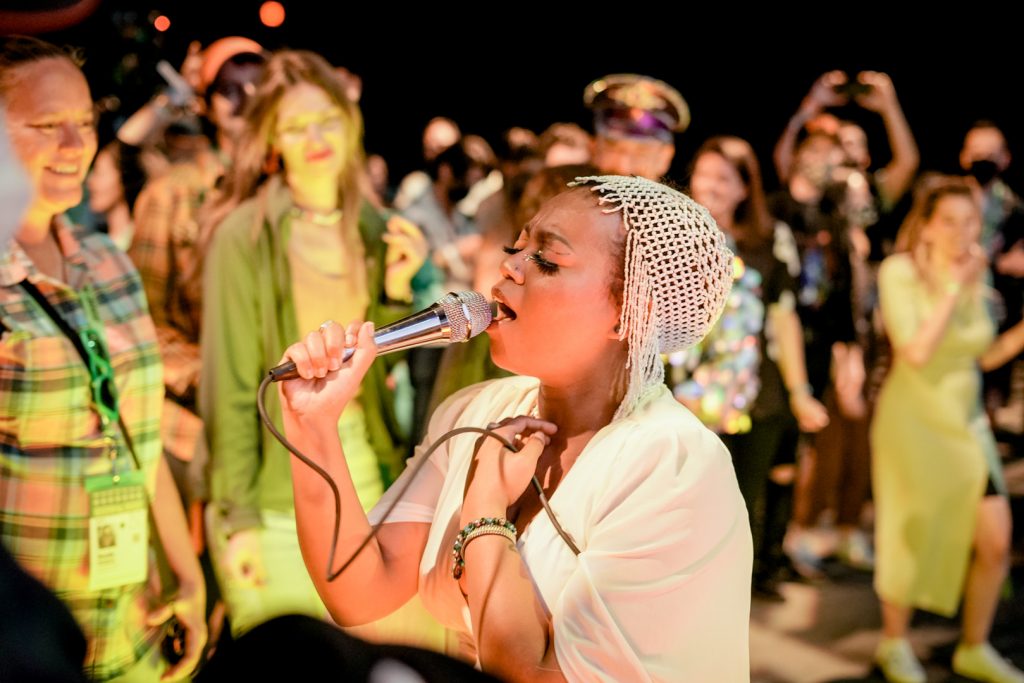 Seratones will release their new album, Love & Algorhythms, on April 29, folding sounds of soul into the cosmos. Producer Paul Butler, guitarist Travis Stewart, and drummer Jesse Gabriel weave the sounds while their fearless leader, Haynes, steers the ship into the far reaches of space – creating “an interstellar synthesis of astral soul, r&b, and sci-fi funk.”

Enjoy more photos from the show: 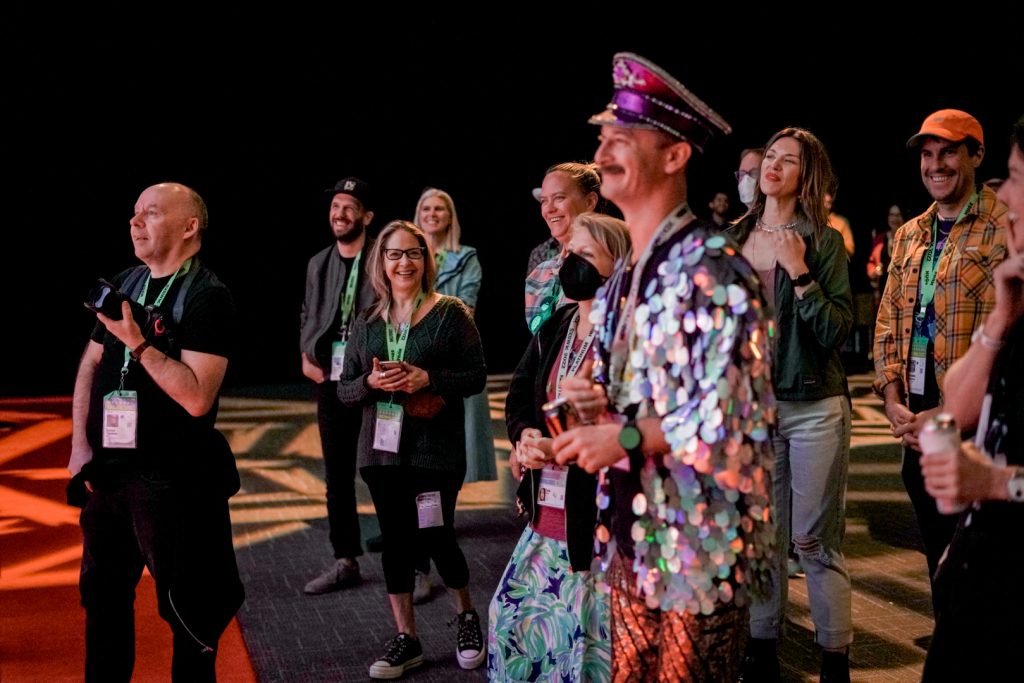 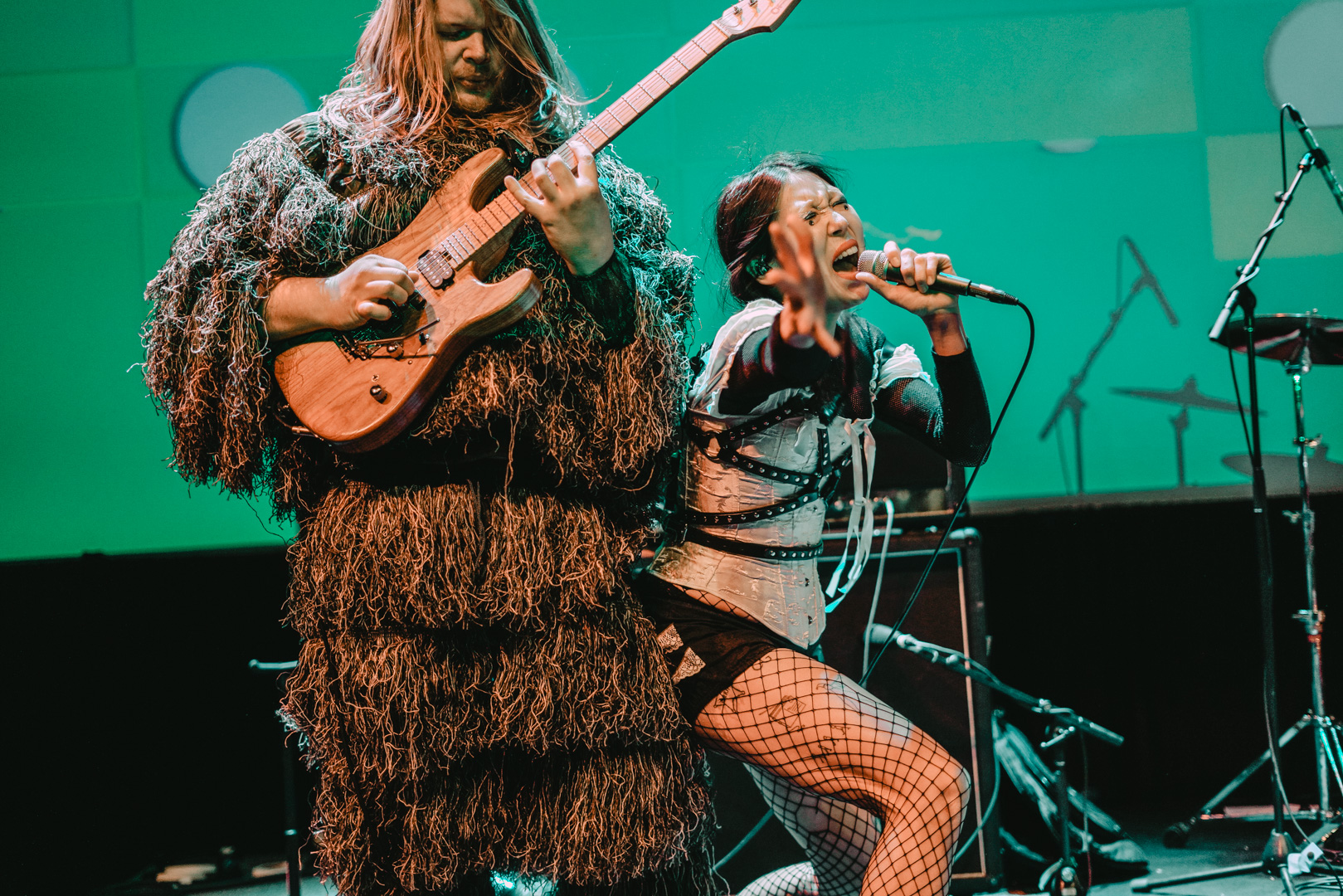 SASAMI’s set included choreographed moments, as well as the lead singer running back and forth to each side of the stage, enthusiastically engaging with her band. Photo: Jessica Waffles 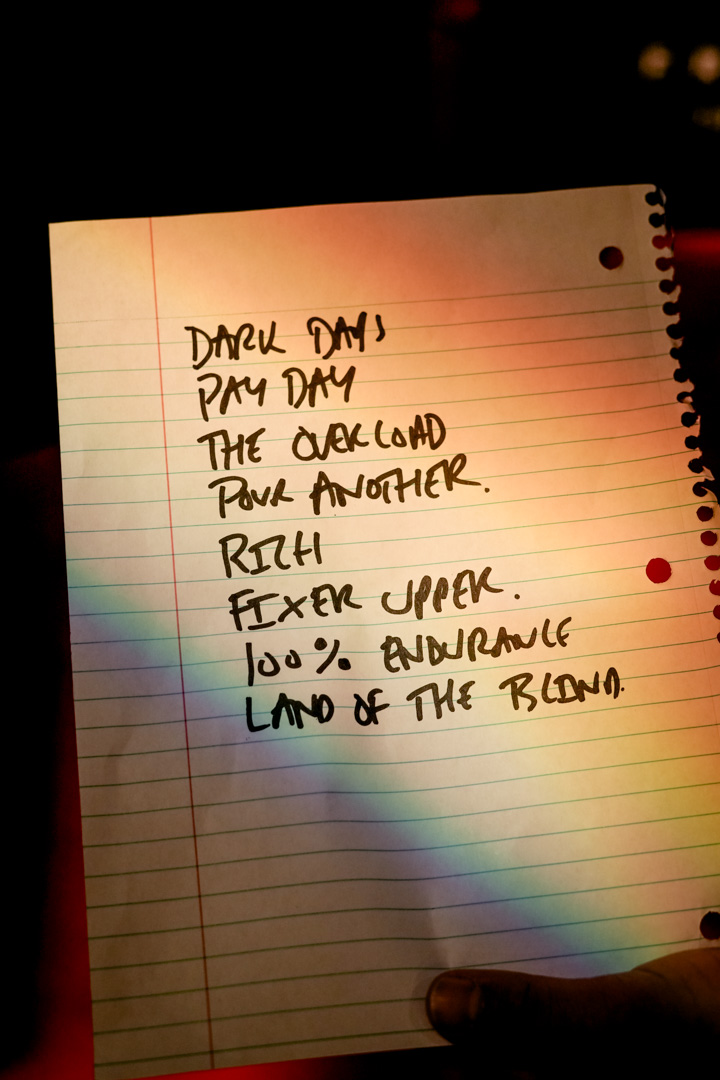 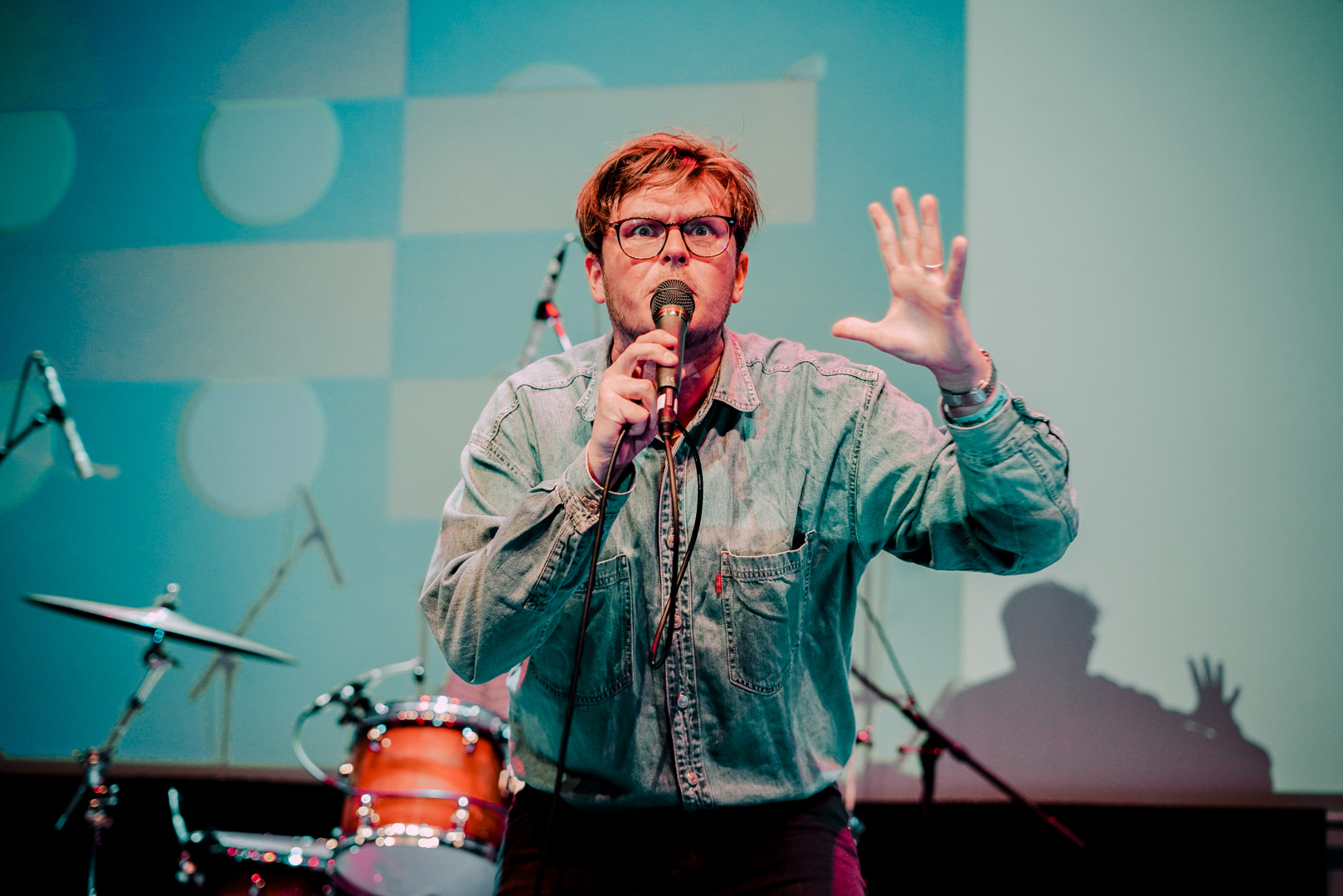 Yard Act played many songs from their debut album The Overload, including “Rich,” “Payday,” and “100% Endurance.” Photo: Jessica Waffles 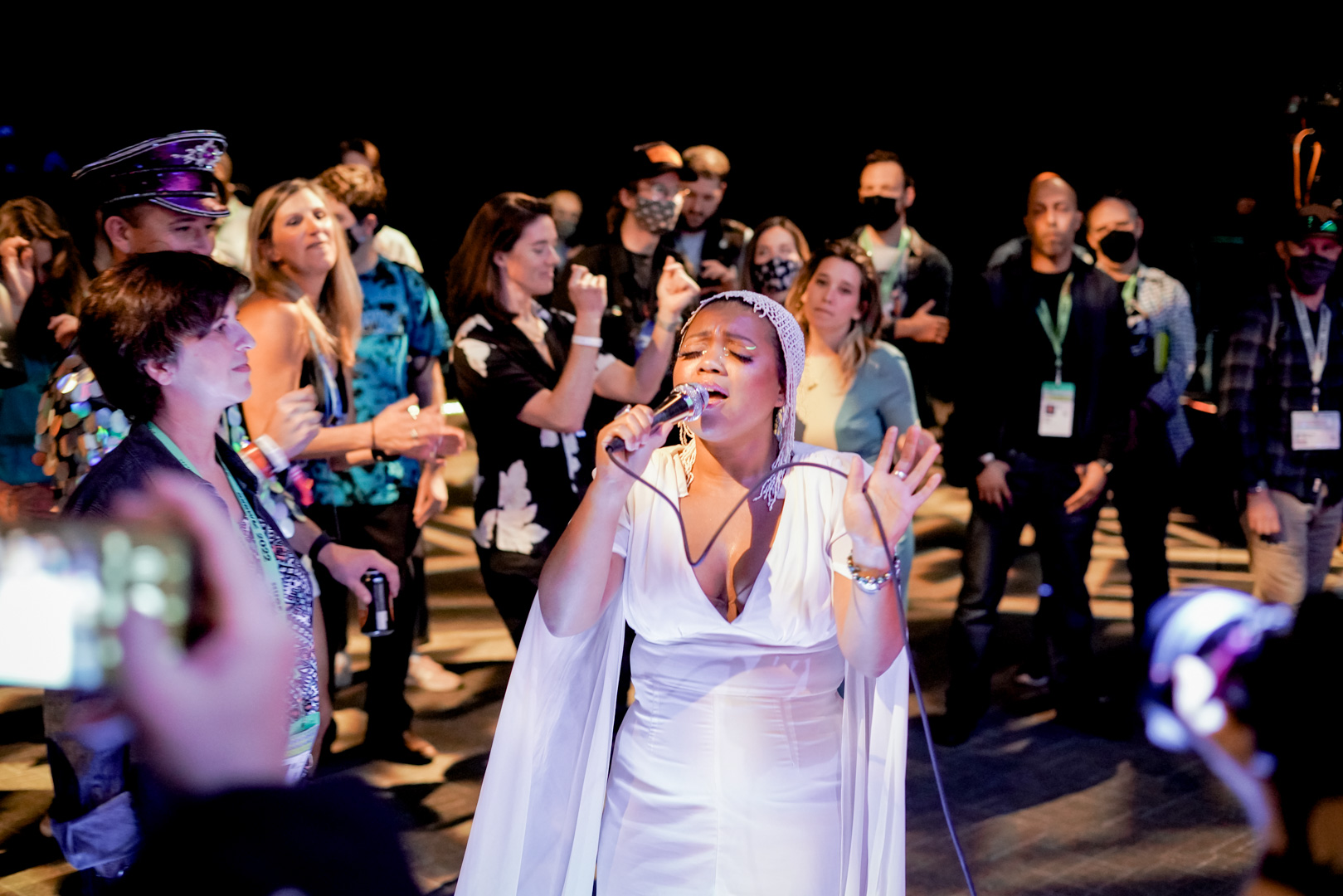 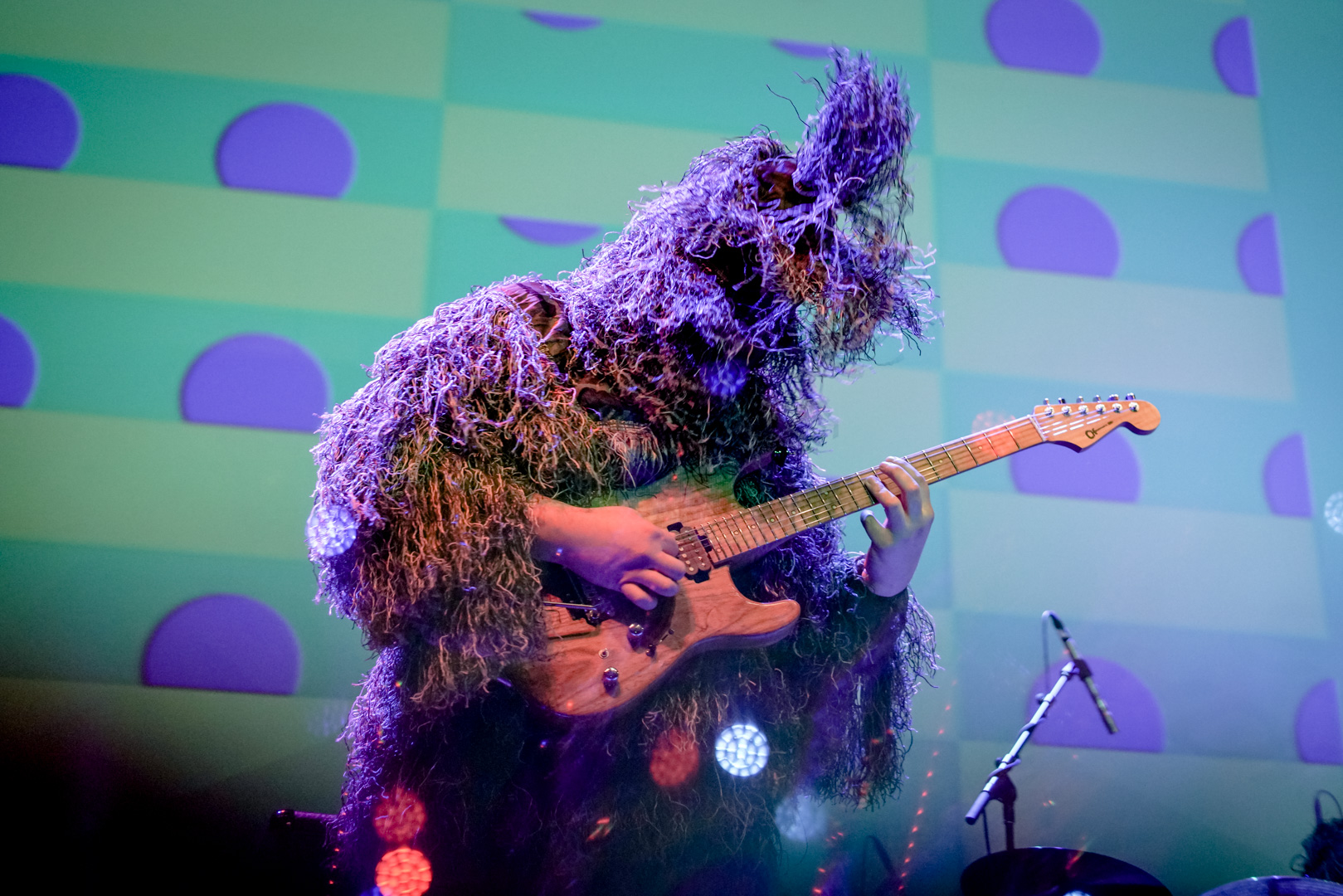 Everybody but the singer in SASAMI came onto stage dressed in ghillie suits, setting the vibe for their performance. Photo: Jessica Waffles 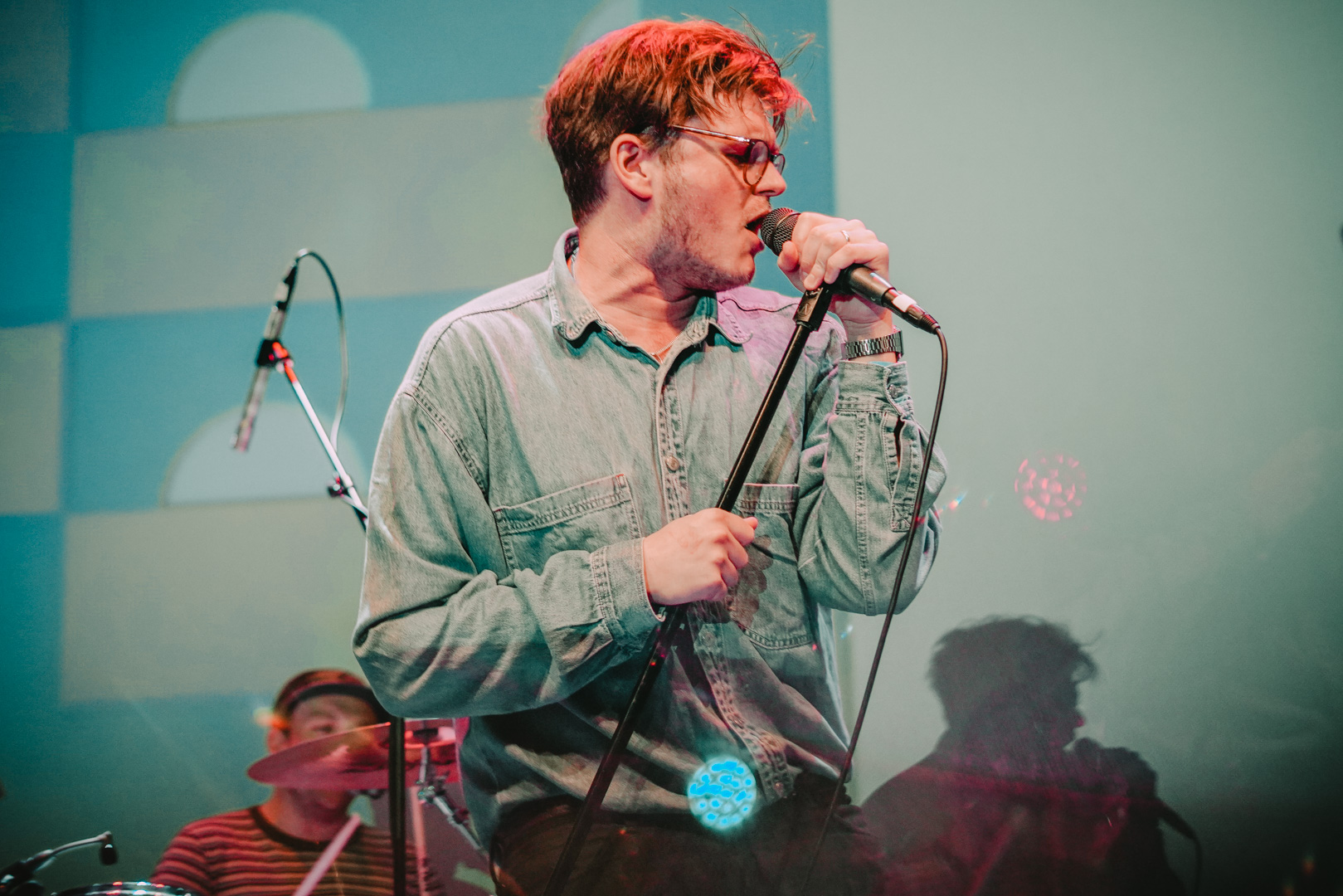 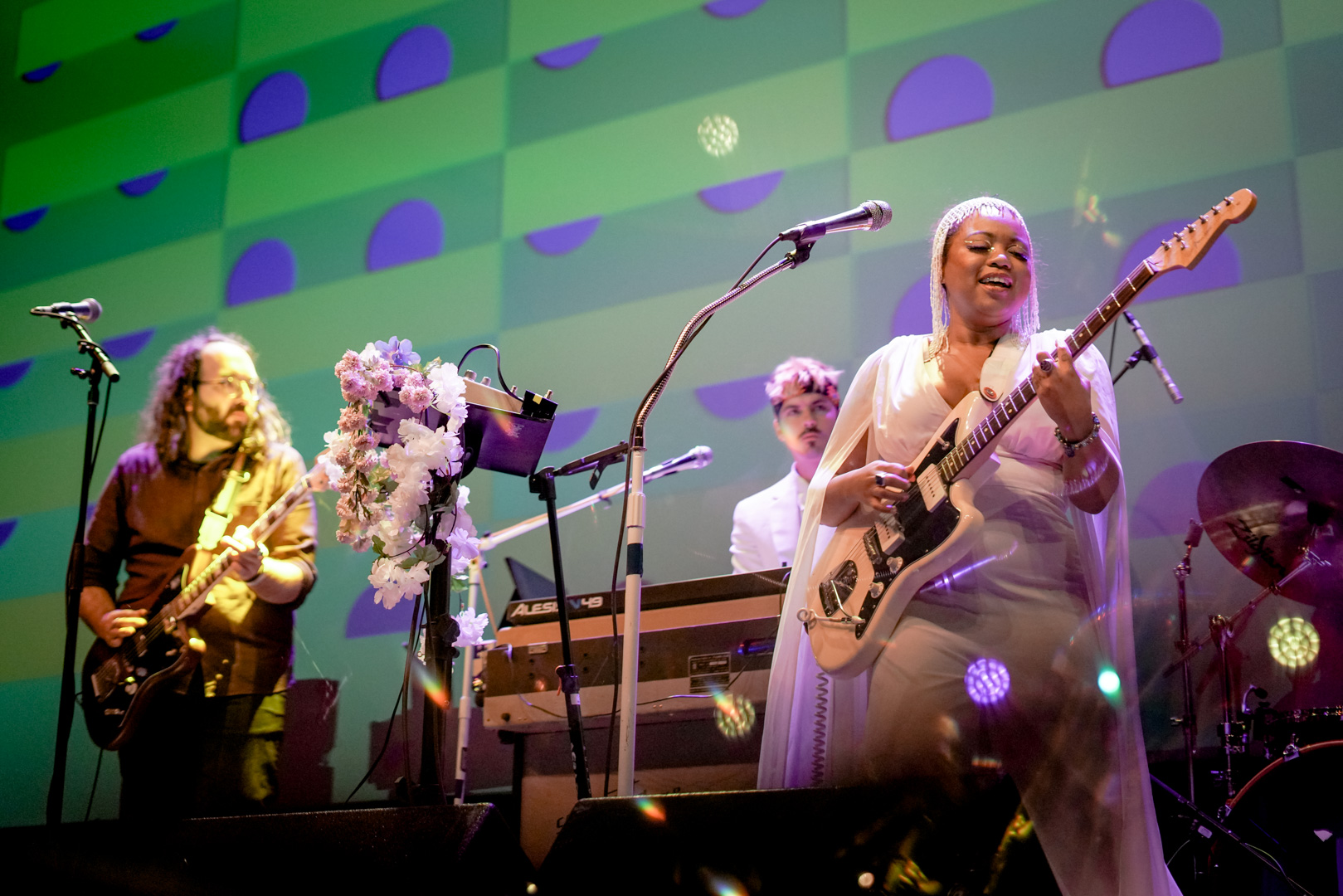 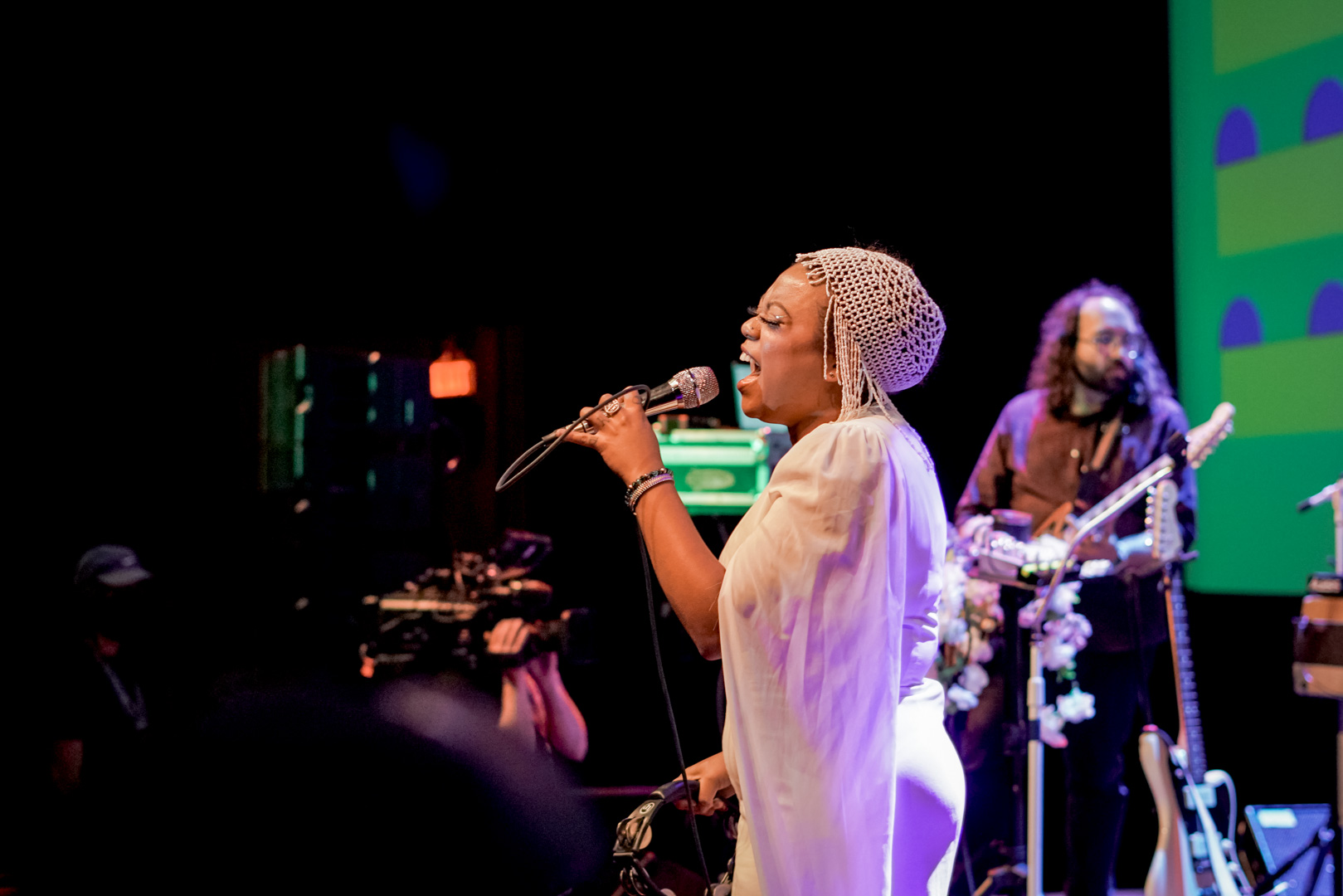 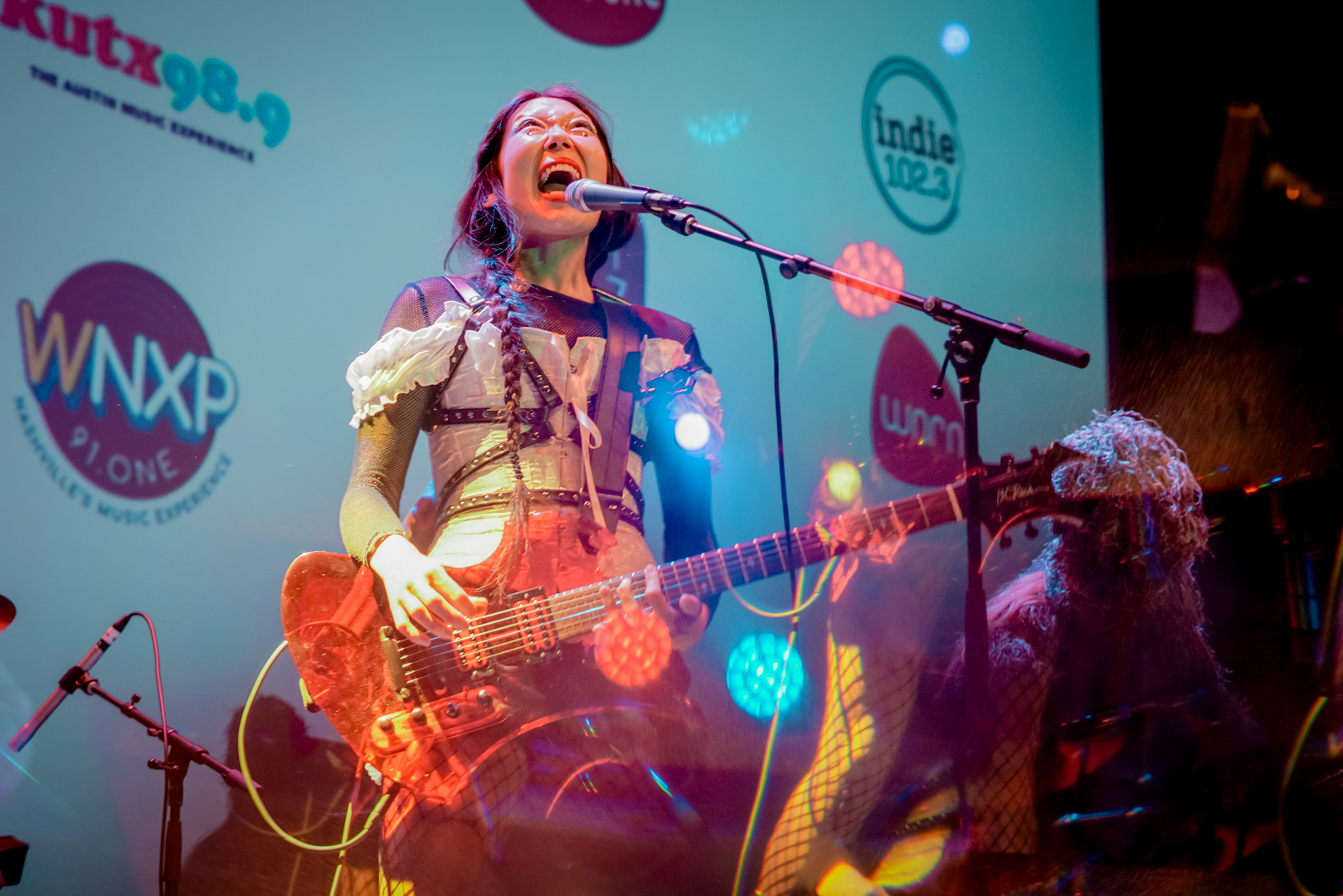