At first glance, Curfew Bar in the heart of downtown Fort Worth seems like just another little hole-in-the-wall place among the other businesses, unassuming and blended in. But on Monday nights, this quaint establishment turns into a welcoming and inclusive place of dance, with the weekly event called Meet Me Underground.

After parking on the street, I wasn’t sure that I had the right address – until I saw a group of twenty-somethings walking up in what looked like ’90s rave attire toward the door illuminated with purple light.

I was greeted by the bouncer at the front, then told to descend the staircase to the basement club, lit up by a giant chandelier and following words along the stairwell that read, “Punctuality is the thief of time.”

The entrance hallway had a row of funhouse mirrors and strings of colorful lights, as well as a photo booth tablet set up for patrons to take photos upon entry or exit. I met a couple of lovely people here dressed to the 9’s that gave off the warmth of a sunflower in May. The encounter embodied the vibe I would find here.

Along the walls inside the venue there are many pieces of art, including a wall-length mural of fortune teller Zoltar Speaks, multiple Big Lebowski pieces and neon signs that say “FUNKY TOWN” and “Don’t Dallas My Fort Worth.” Above the dance floor are over a dozen disco balls of varying sizes, and anime cartoons played on the screen behind the DJ. The atmosphere was uniquely curated and reflected the intention of keeping the vibe up.

The night featured DJs Sordelo (Dallas) and Lousy Lover (FL/NY), whose beats kept the dance floor grooving all night. It felt like Saturday on a Monday night, with the party in full swing at midnight (the event is hosted 10pm-2am).

The crowd was full of fashion, with some outfits that included fishnets, leather, chains and buckles. The burgeoning season of Spring is beginning to take hold as party goers adorned their skirts and sleeveless ensembles in the warm room.

“There’s an incredible range of people that come here,” MMU owner Alvaro “Al” Gonzalez said. “I’ve been doing this for 15 years and I’ve never seen such a super grab bag of people. Skaters, fashion designers, construction workers – there’s no judgement. And it’s a Monday night, so they’re all off work.”

“After the pandemic restrictions lifted, I was like, ‘Hey I need a place to throw shows,'” Gonzalez said. “We started doing events here for what was originally going to be 3 Mondays. That was 11 months ago now.”

Prior to the pandemic, Gonzalez ran a warehouse series called Club Off Parole, and is starting to think of what’s next for Off Parole.

“I would like for [Meet Me Underground] to go into at least the Summer, we’ll see how it goes,” Gonzalez said. “We might do something new this year too.”

Dallas crew House of Frequencies will be playing the weekly on March 7, and as always for the residency, there will be no cover charge. 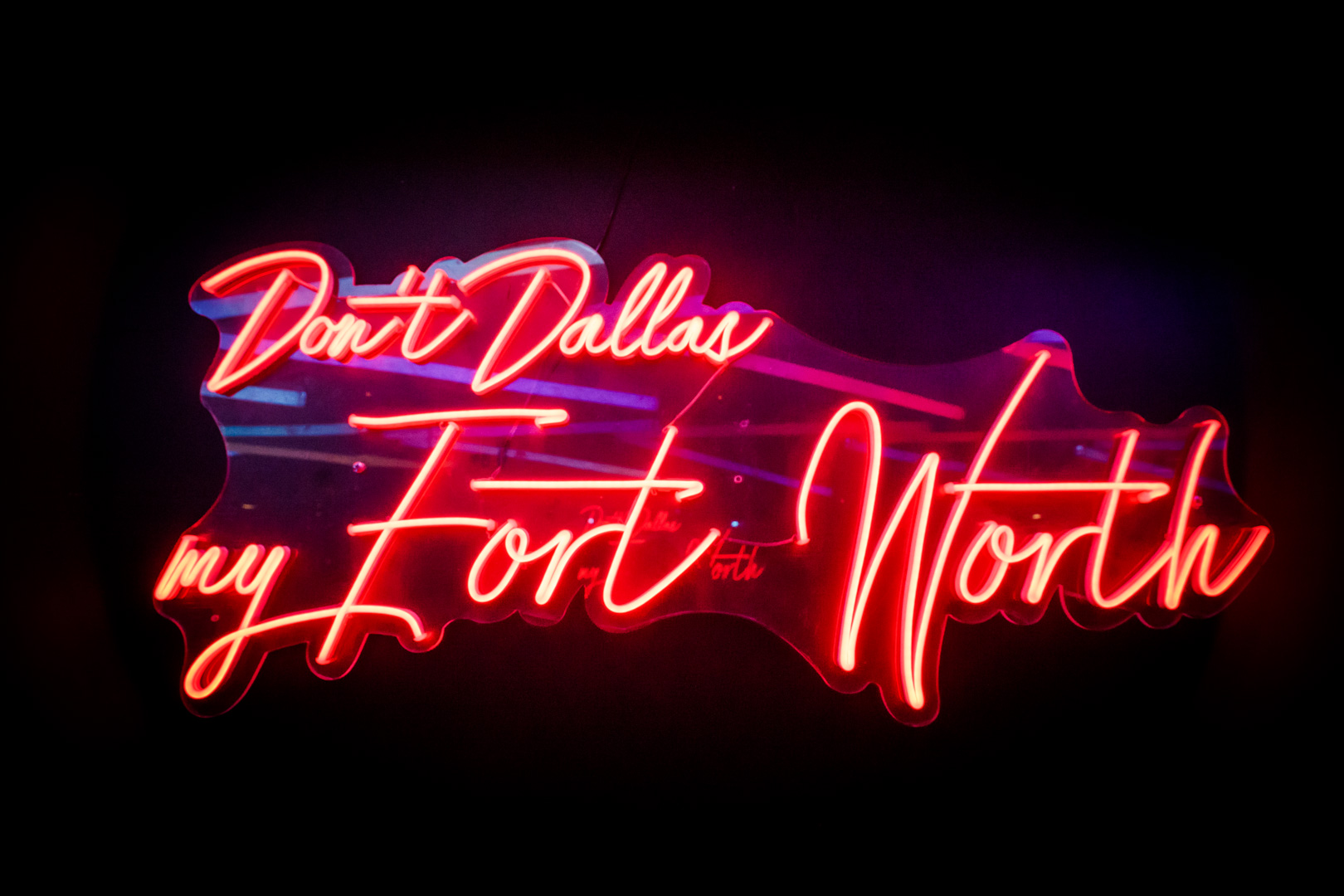 “Dont Dallas My Fort Worth” neon sign that hangs in the hallway of the back of Curfew Bar. Photo: Jessica Waffles 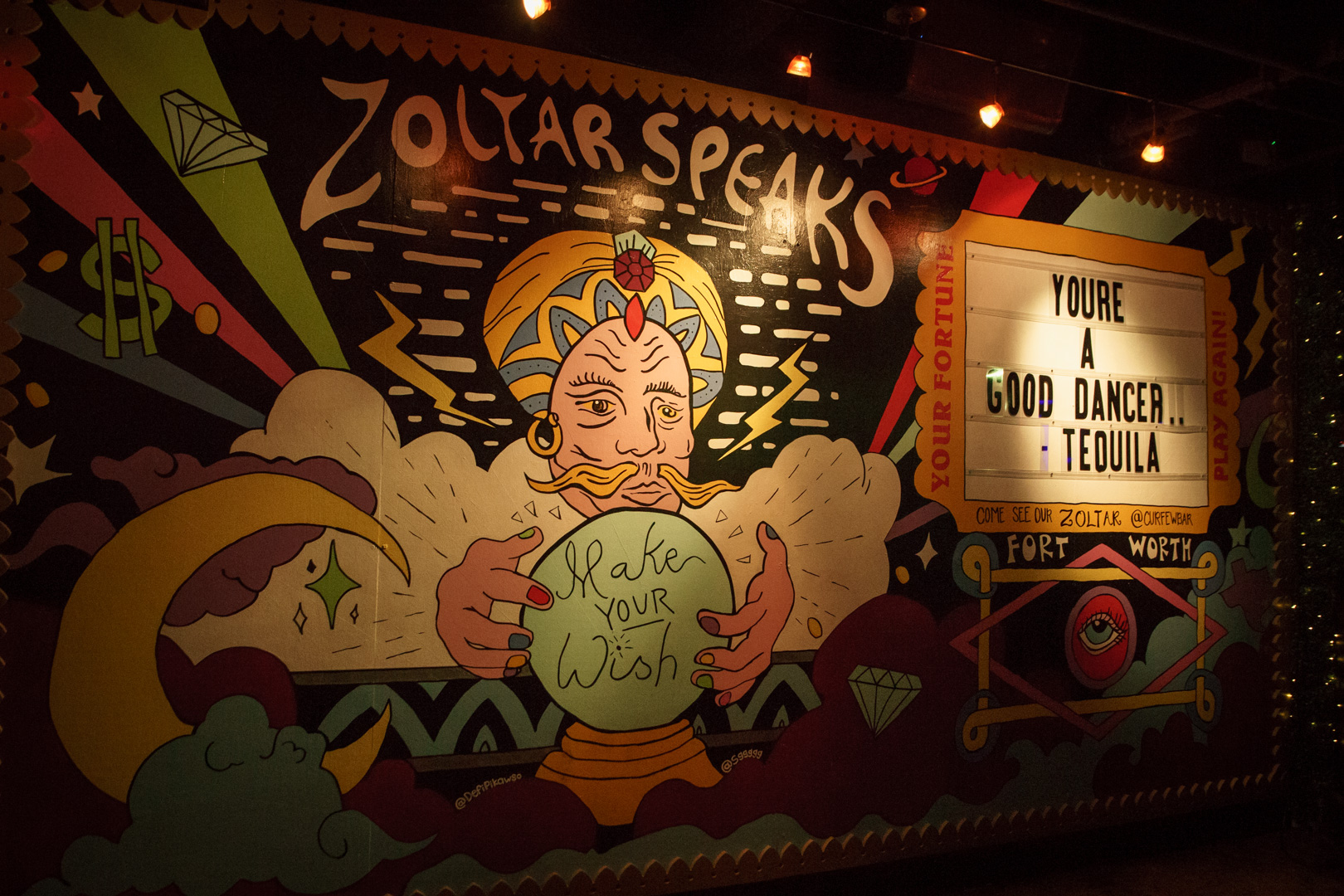 May patrons pose for pictures by the mural of Zoltar during the event. Photo: Jessica Waffles 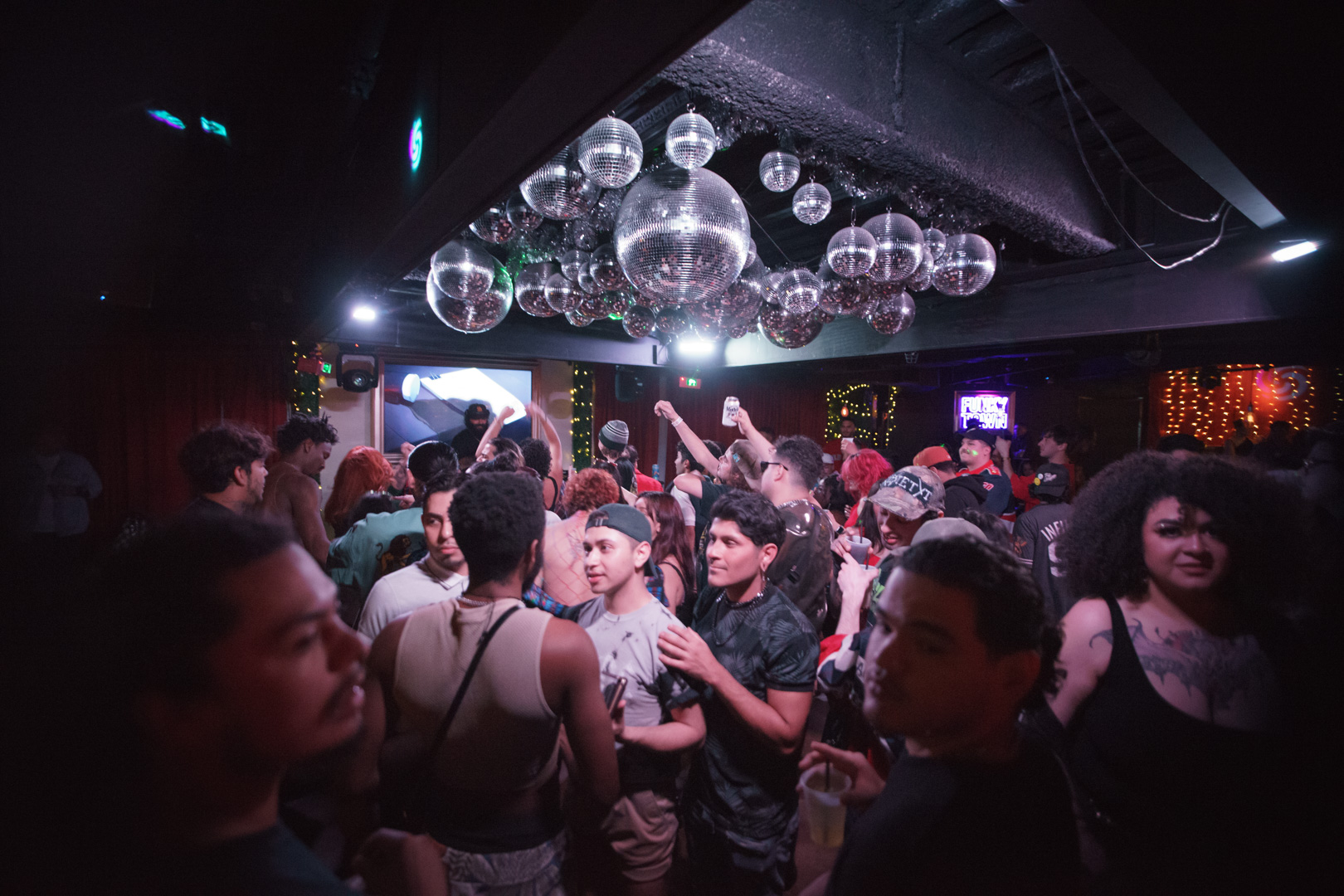 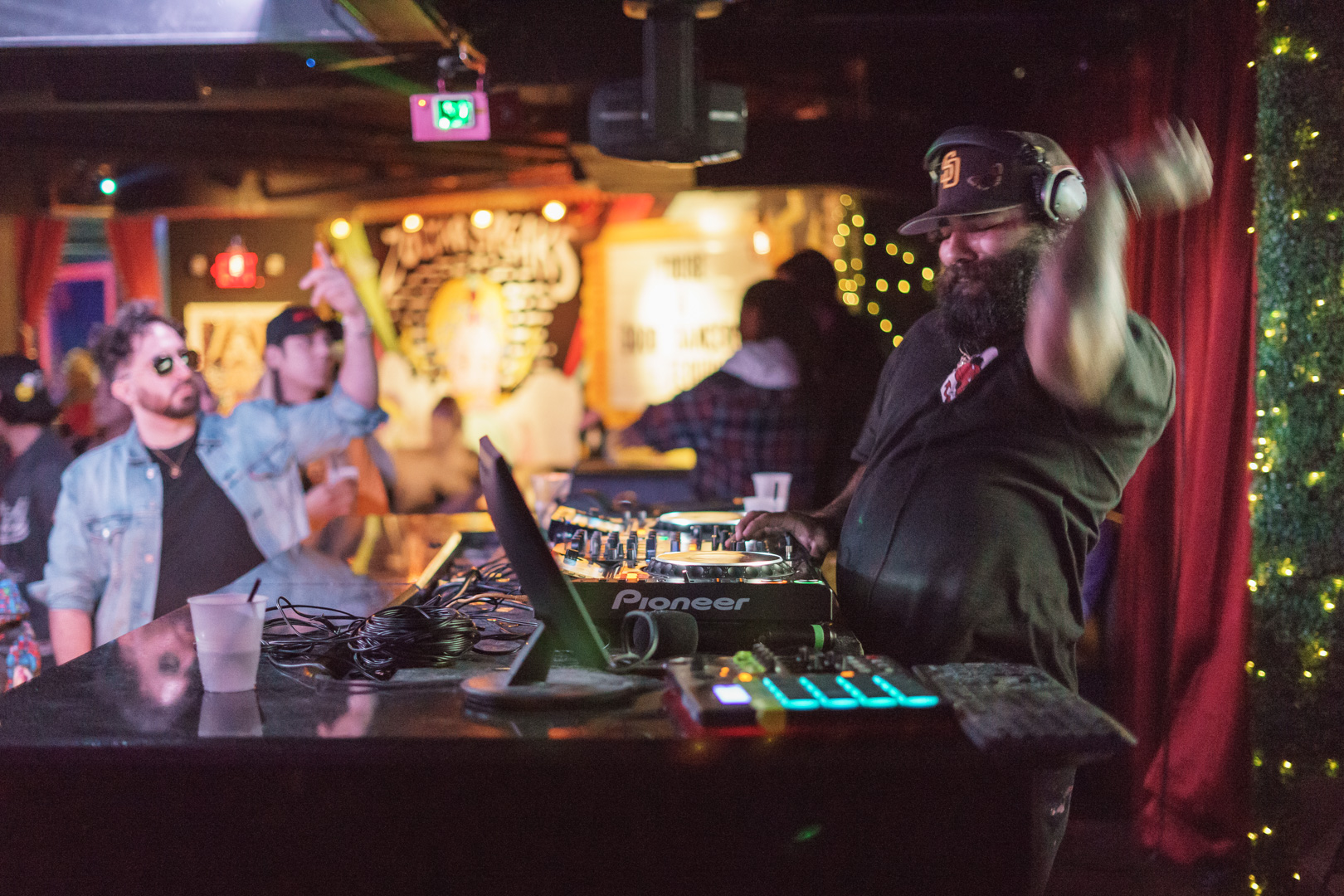 Lousy Lover on the 1’s and 2’s during the weekly Meet Me underground event. Photo: Jessica Waffles 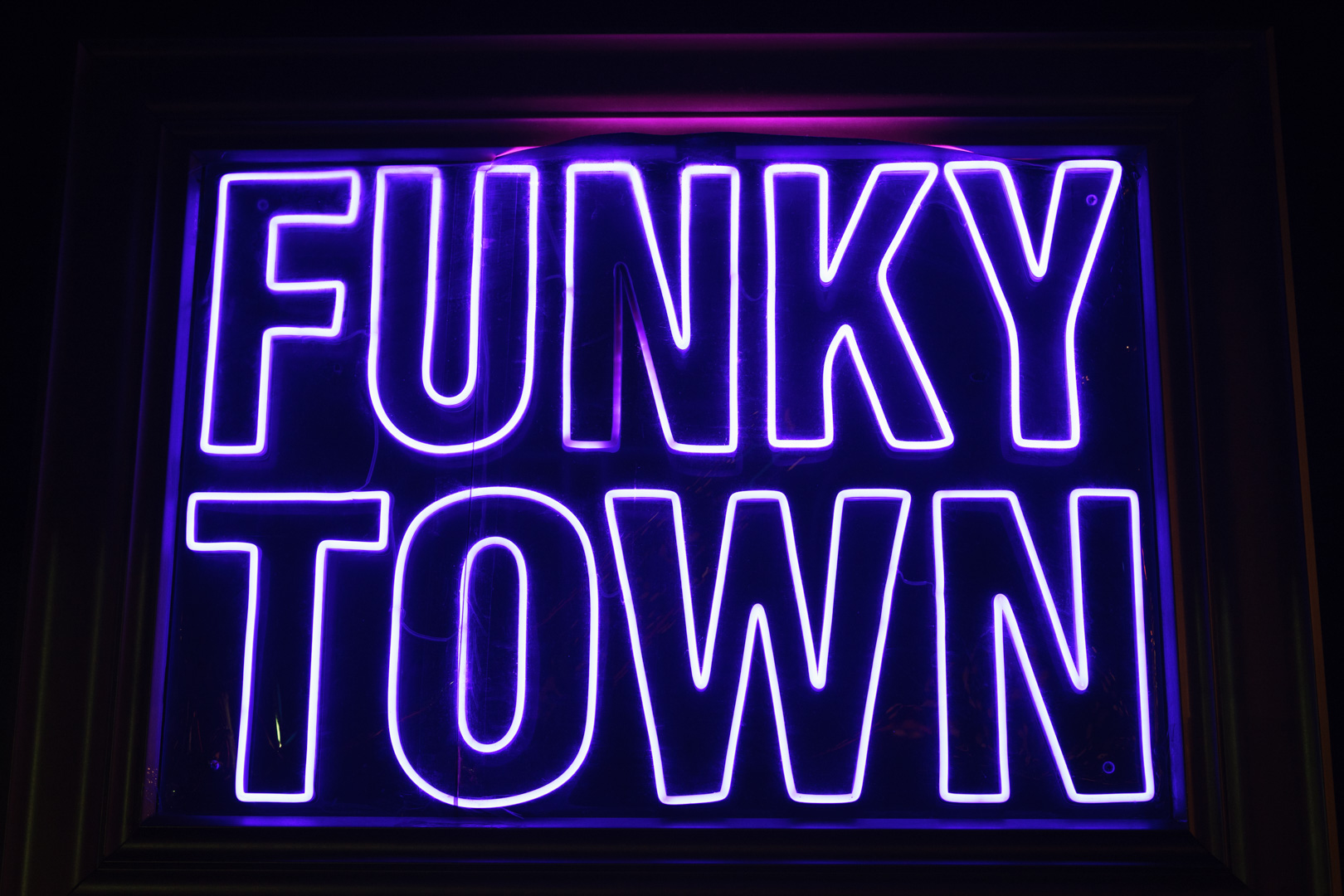 Fort Worth pride is prevalent inside of Curfew Bar. Photo: Jessica Waffles