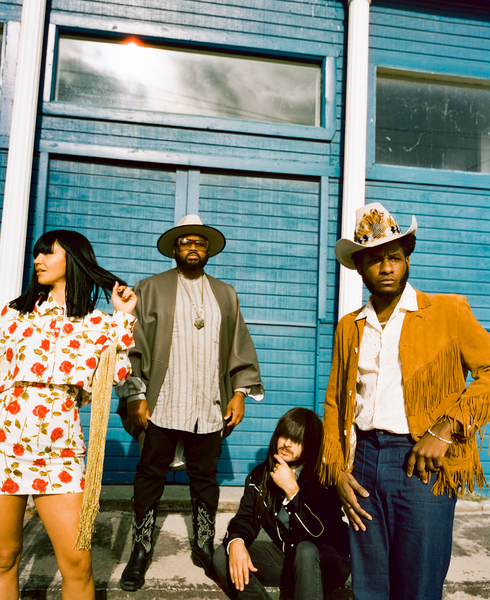 In December, Houston trio Khruangbin performed one of its final 2021 shows at Dallas’ The Factory in Deep Ellum. The sold-out concert was rumored to have a special guest — and sure enough, as the band returned to the stage for its encore, bassist Laura Lee welcomed Leon Bridges to join them.

He wasn’t out long — just a quick pair of songs (“Chocolate Hills” and “Texas Sun”), then a gracious thank you to the roaring crowd and he disappeared into the wings — but in that brief appearance, Bridges underscored the elasticity of the R&B genre, and how he’s helped push the notion of what constitutes the “Texas sound” into the 21st century through his work with Khruangbin and others.

The December collaboration was far from the first time the Texas artists had joined forces. The 2020 EP Texas Sun, a frequently hypnotic treat, was the pairing’s initial foray into blending the exotic funk of the Houston trio and Bridges’ supple, soulful singing.

The alchemy was so potent, a second recording was a question of not if, but when. Texas Moon, dropping today, effectively picks up where Sun left off, although these five tracks skew a bit moodier, befitting the nocturnal theme of the title.

“You know, Texas music is such a wide spectrum,” Bridges told NPR recently. “We like to focus on the country and blues side of it. And I think for me as an artist, I try to find [the] unprecedented territory within R&B music. We’re pretty much just trying to cultivate our own sound that’s unique to Texas. We’re kind of able to redefine how people perceive Texas music — if Erykah Badu can do her thing, and Megan Thee Stallion can do her thing, this is our contribution to Texas music, in a way.”

Khruangbin (pronounced krung-bin) and Bridges align so cleanly that it’s a wonder the musicians can stop themselves at just a few songs — there’s a sense the music dribbles out, a bit at a time via these EPs, so as to prolong the pleasure.

“I think it was just that we really love Leon,” guitarist Mark Speer told NPR recently. “We love hanging out with Leon, and we were on the road with him for a good while a couple of years back. And that’s really where we connected with him. [It] was just wanting to explore working with a vocalist and trying a new sound and a new instrument in the mix. It sometimes can be a challenge, as a guitar player who’s used to playing the lead melody, to step aside and support Leon and make the song work, because that’s really the point.”

With Moon having risen, Bridges is back to his solo career, having announced a hometown-ish show at the Pavilion at Toyota Music Factory for August 4, with support from Little Dragon. Tickets for that show go on sale Feb. 25.