From the first time I got to hear Jake Quillin’s original song “Losing Sleep” at The Free Man open mic 2 years ago, I knew this artist was a man that carried music in his soul.

In the video above, you’ll see segments of 3 original songs, “South Side” (unreleased), “Losing Sleep,” and “Charlie,” as well as a rendition of Hendrix’s “Voodoo Chile,” performed live at Adair’s Saloon.

Though a transplant from Kingsport, TN, Quillin claims Dallas as his new home, after an online acquaintance invited him to come record at Modern Electric Sound Recorders.

“I started following Modern and that whole crew [on Instagram]. I think eventually Jason [Burt] followed me back, and that’s all it was for like a year,” Quillin said. Then in April 2019, he made his first trip to Dallas.

“We were at the studio until 7 in the morning,” Quillin said, “And I’ve done my share of partying, but I’ve never ever been up that late. Like, I tried to leave at 3, and Jason was like, ‘No dude, Dallas needs to run you dry.’”

On that trip they recorded Quillin’s single “Charlie,” and during this session, David Ramirez showed up around 3am, which would in turn be one of the reasons Quillin would decide to uproot his life in Tennessee to chase his dreams.

“Later on in the night, they were all talking about me moving,’ Quillin said, “and [Ramirez] was like, ‘Do you wanna be doing the same thing you’re doing now in 10 years?’ and it like, shook me. And I thought, ‘No I don’t.’” 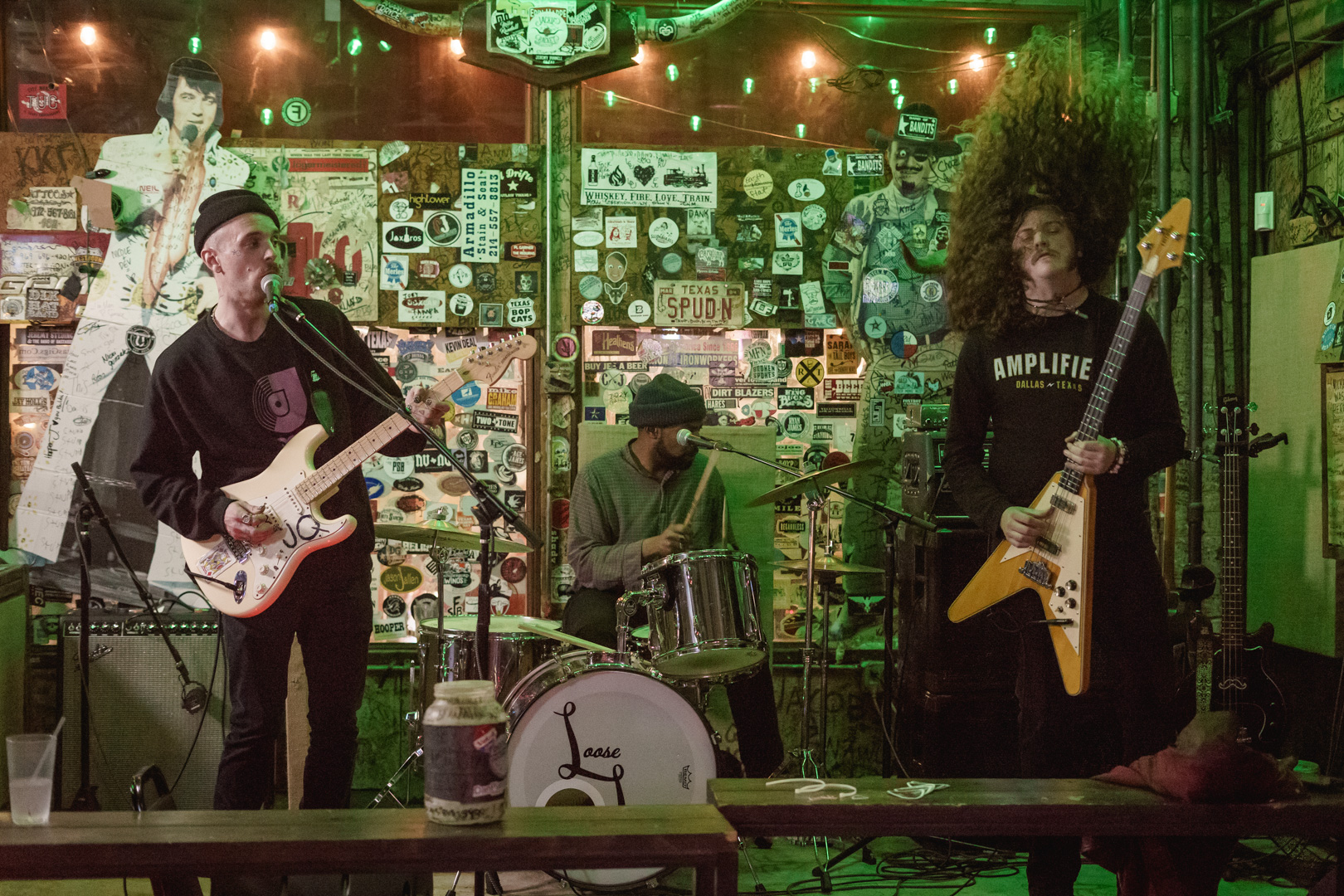 The very next day, Quillin’s flight was set to leave at noon.

“[Burt] was like, ‘We’re playing with Leon [Bridges] tonight at Fortress Fest, cause he knows how I feel about him, and he was like, ‘If you stay and miss your flight, I’ll let you play with us.’” Quillin said. “And it was like the hardest ‘no’ I’ve ever had to say. But I think the only reason I felt okay about it was because I knew I was coming back. And so I knew I had to go home and make more money and come back, because I’m not done here.”

Six months later, in November 2019, Quillin relocated to Dallas. Since then, he’s been putting his nose to the grindstone working on his upcoming record Texas Medicine at Modern Electric, which will include 9 songs produced by Jason Burt (1 produced by Michael Ferguson), and will feature a slew of Texas artists including Patrick Smith, Mayo Valdez, Anthony Cappeto, Amber Baker, Spice Renolds, Taylor Nicks, Jacob Smith and more.

As he’s risen in popularity around DFW, he remains humbled by getting to prove himself for the metroplex.

“I mean, definitely back home people show you love and stuff, but it’s a thing that still relevant to me being here around people that have no reason to show you love, and being able to win them over and charm them. It’s more gratifying, it feels harder to do that,” Quillin said. “It’s like, nobody knows you. People don’t have a reason to [expletive] with you, and I like having to earn that.”

The two musicians he’s solidified in his band are an important part of the special sauce that Quillin brings to the table. With Patrick Smith on bass and Justin Hoard on drums, he cultivates a confident, intentional vibe that gives life to the whole room.

Smith has been playing with Quillin for over a year, while Hoard played with him in Tennessee for 2 years, and moved to Dallas 4 months ago. “We met at the skate park when I was like 13. So we’ve known each other for like forever,” Quillin said. “Having people play with me who not only are great players, but believe in me, what I’m doing, and really know me are all important factors to me.”

The album Texas Medicine is being wrapped up now, and Quillin is looking at the Spring for a release party, with hopes to put together something special that includes several other artists in a “revue / pop-up” style event.

Right now, you can catch Jake Quillin at Adair’s Saloon every Monday night until Valentine’s Day, 10:00 PM – 1:00 AM. You can also see him play every 4th Wednesday at Charlie’s Star Lounge. Keep up to date on his Instagram Page. 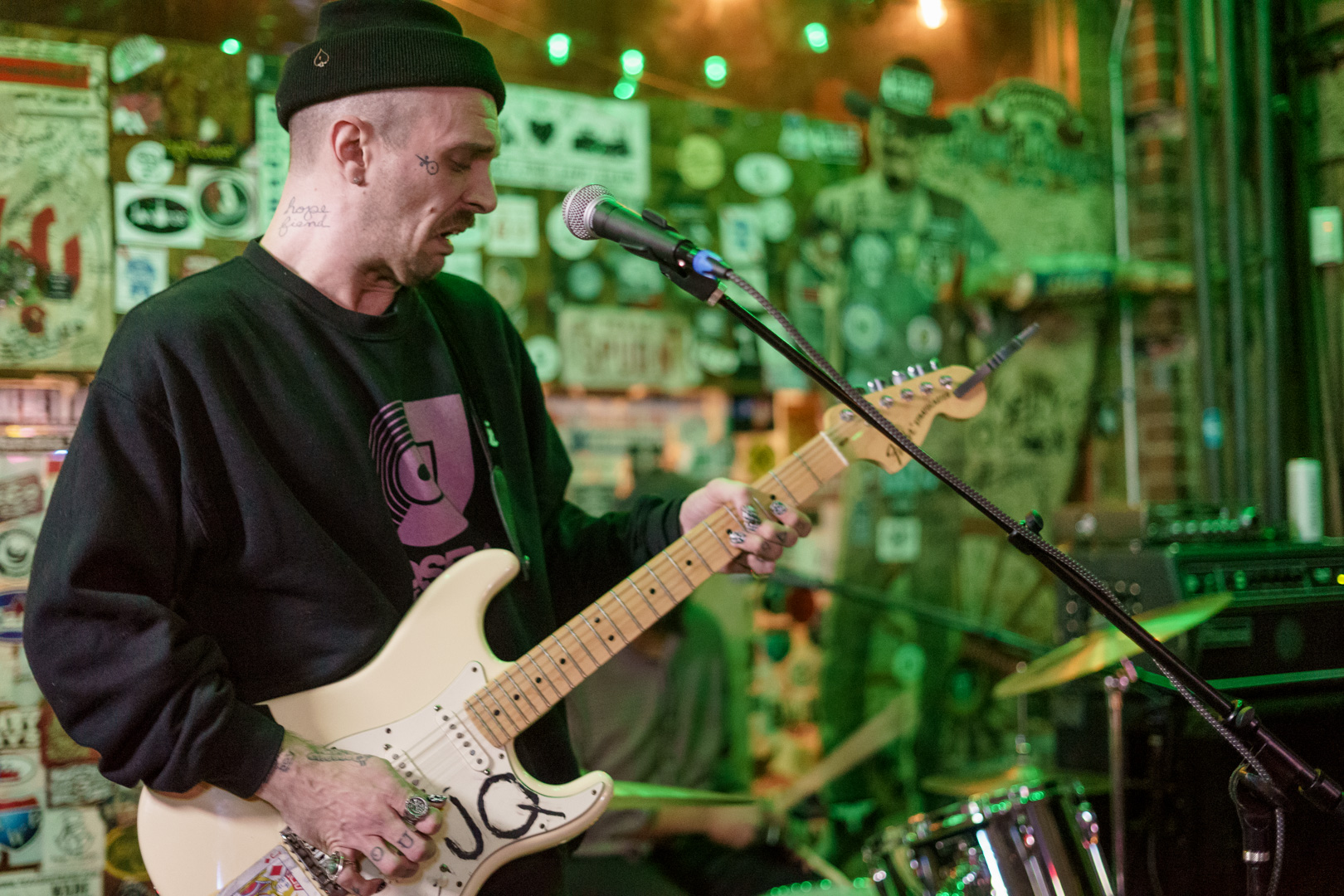 Jake Quillin’s upcoming record Texas Medicine has been recorded over the past 2 years at Modern Electric Sound Recorders, to be released in 2022. Photo: Jessica Waffles