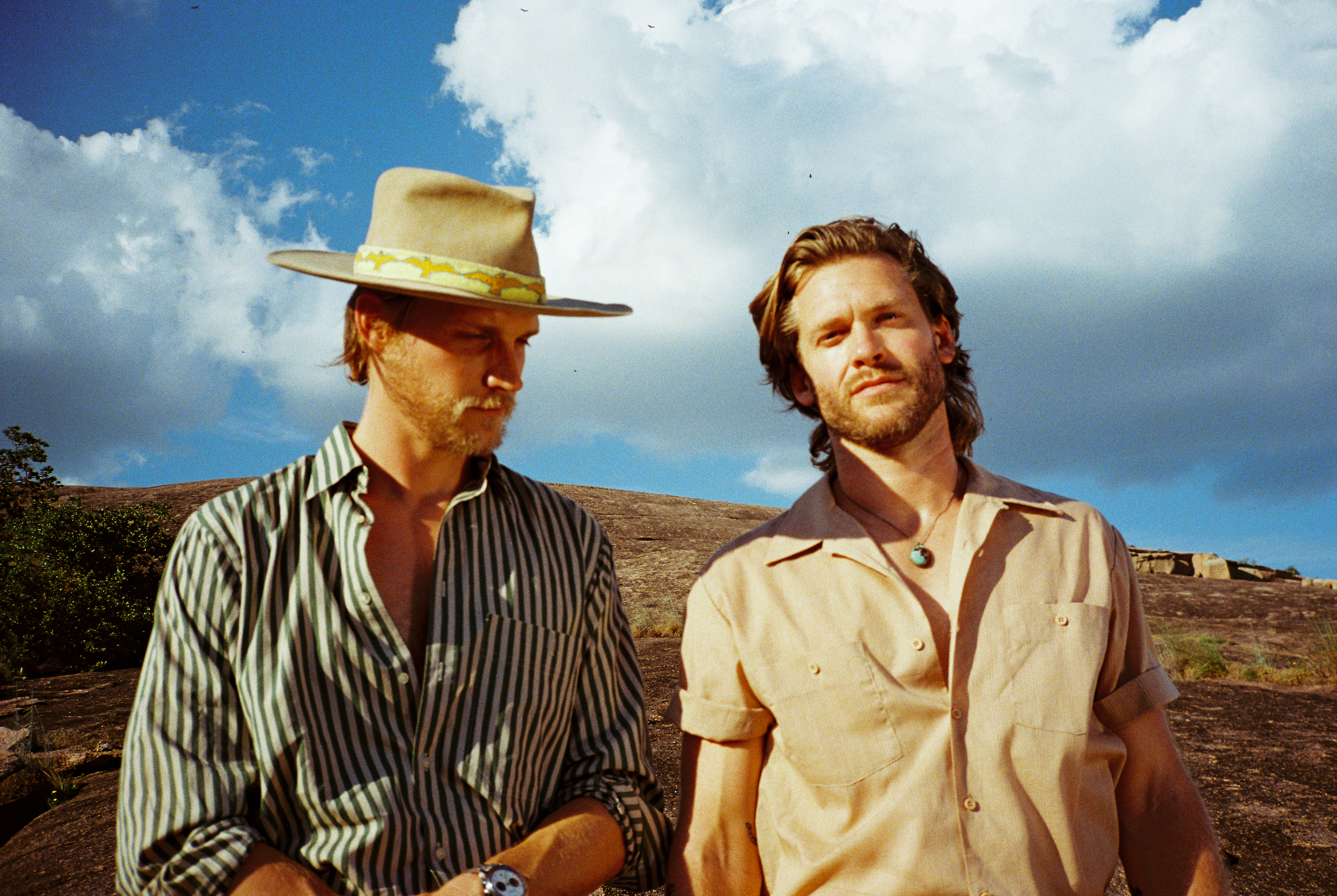 When it came time for Zach Chance and Jonathan Clay — the Americana-inclined duo that performs as Jamestown Revival — to make their fourth album, they tried something radical: booking time in a recording studio.

For prior releases, such as their 2014 debut Utah, the pair had locked themselves away in a cabin, effectively roughing it, and making do with a bare minimum of equipment to capture their gorgeous, tightly woven folk harmonies.

With Young Man, which drops Friday, Chance and Clay, who both originally hail from Magnolia (southwest of Houston), sought out Fort Worth’s acclaimed Niles City Sound, and the services of producer-musicians Robert Ellis and Josh Block. While both cite Block’s work on Leon Bridges’ 2015 major label debut Coming Home as partial inspiration for the decision, the initial spark came through a connection with Ellis.

“We [originally] met Robert in Australia, playing a music festival out there,” Clay says, during a recent joint interview with Chance. “I was pretty taken with his musicianship and thought he was a killer guitar player. … We knew he had moved up to Fort Worth and was producing records with Josh Block at Niles City Sound. … We heard they were working together; we were definitely intrigued.”

The arresting results of the Niles City Sound sessions — Young Man unfolds over 10 tracks, including “Old Man Looking Back,” a song Chance and Clay co-wrote with Ellis in the studio — speak to the comfort level Jamestown Revival felt among what Clay describes as Block’s “museum-grade collection of music gear.”

“It’s got a really cool vibe where it is in Fort Worth,” Clay says. “It was also really nice not having to get somewhere and then spend three days filling out a studio.”

Chance adds: “We loved the idea that it was in Texas — like it was in our own backyard, and making a record in Texas. It just felt nice.”

“Honestly, the making of this album was the most effortless the making of an album’s ever been,” Clay says. “I think some of that ease comes through in the recordings. … We tried so much harder, times past, to make an album … this just felt like we didn’t have to try as hard. It was just was what it was — and it was a beautiful thing.”

The weeks ahead, provided the ongoing pandemic doesn’t derail the band’s plans, will find Jamestown Revival on the road, promoting Young Man with a tour currently running through mid-February (Ellis will join the group for a handful of dates as an opener, including a Friday album release gig at New Braunfels’ Gruene Hall).