There’s a new wind coming through Deep Ellum at The Free Man on Commerce Street, and it’s 7-piece genre-bending band The Kutt.

Fronted by rapper Guyceritops and singer / producer Mylinn Yeefoon, the band got together around January 2021 and includes Ladii Indika (flute), Zachary Bennalley (guitar), Jovan Pruitt (drums), Joey Kukura (bass) and Warren Willis (keys). Auditions were held for positions in the group in late 2020, hosted at their friend Josh Willis‘ studio.

Guyceritops and Yeefoon met at Richland College in December 2016, when Guyceritops was in the cafeteria rapping and Yeefoon was impressed with his talent, then proceeded to hop on the microphone herself right then and there. “That was the day I knew I found my sister from another mister,” Guyceritops said.

“It was the first time I had confidence,” Yeefoon said. “It was his confidence. His energy is infectious. Before him, I wouldn’t open up.” 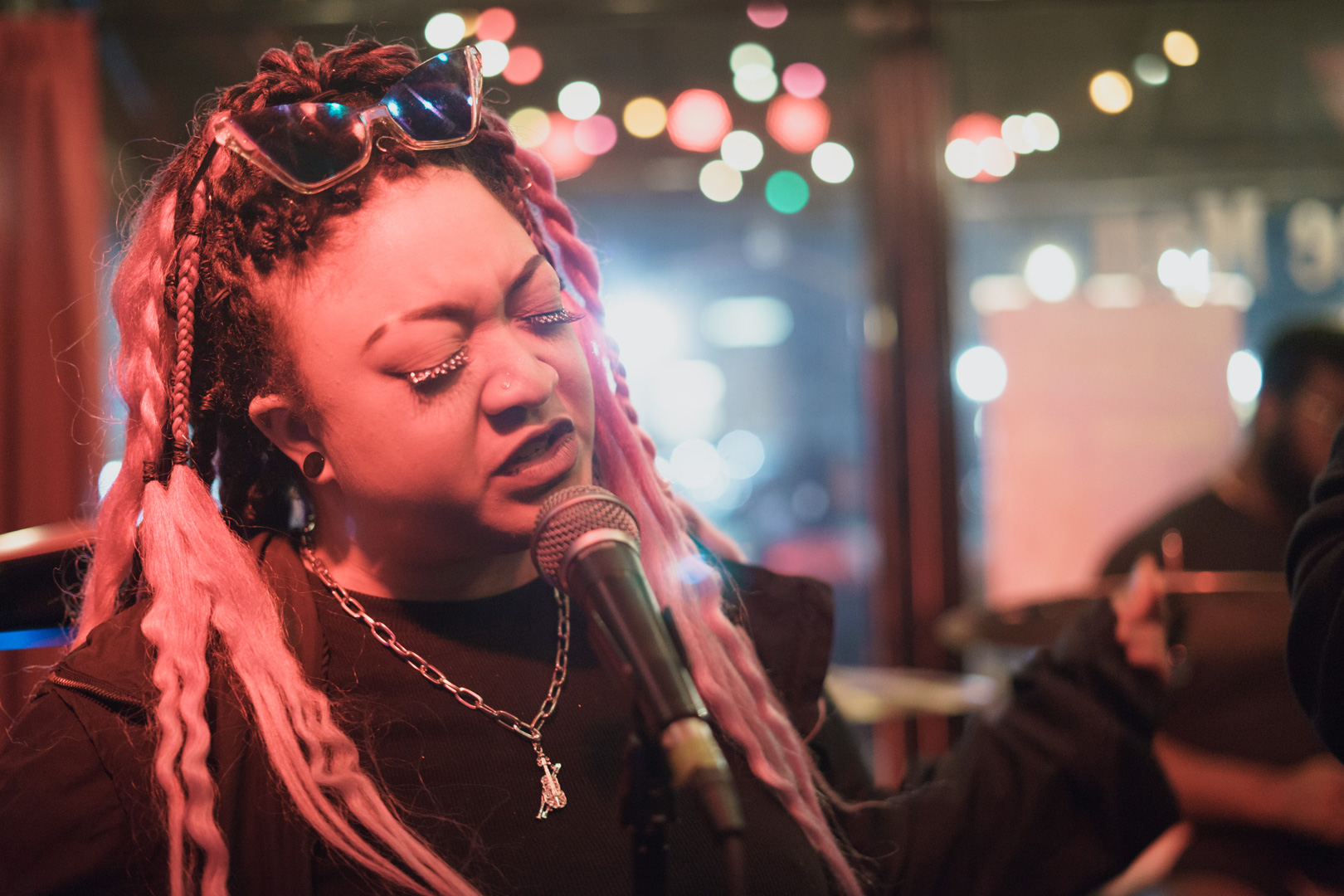 Guitar player Bennalley has been in the North Texas music scene for years, and the first time Guyceritops saw him play was in Deep Ellum with a band called Covan Trees at the now-closed Drugstore Cowboy around 2017-2018 (whose Main Street location now home to Crowdus Bar).

“I love being a part of this band,” Bennalley said. “It’s the first group where I can fully unleash while playing.” 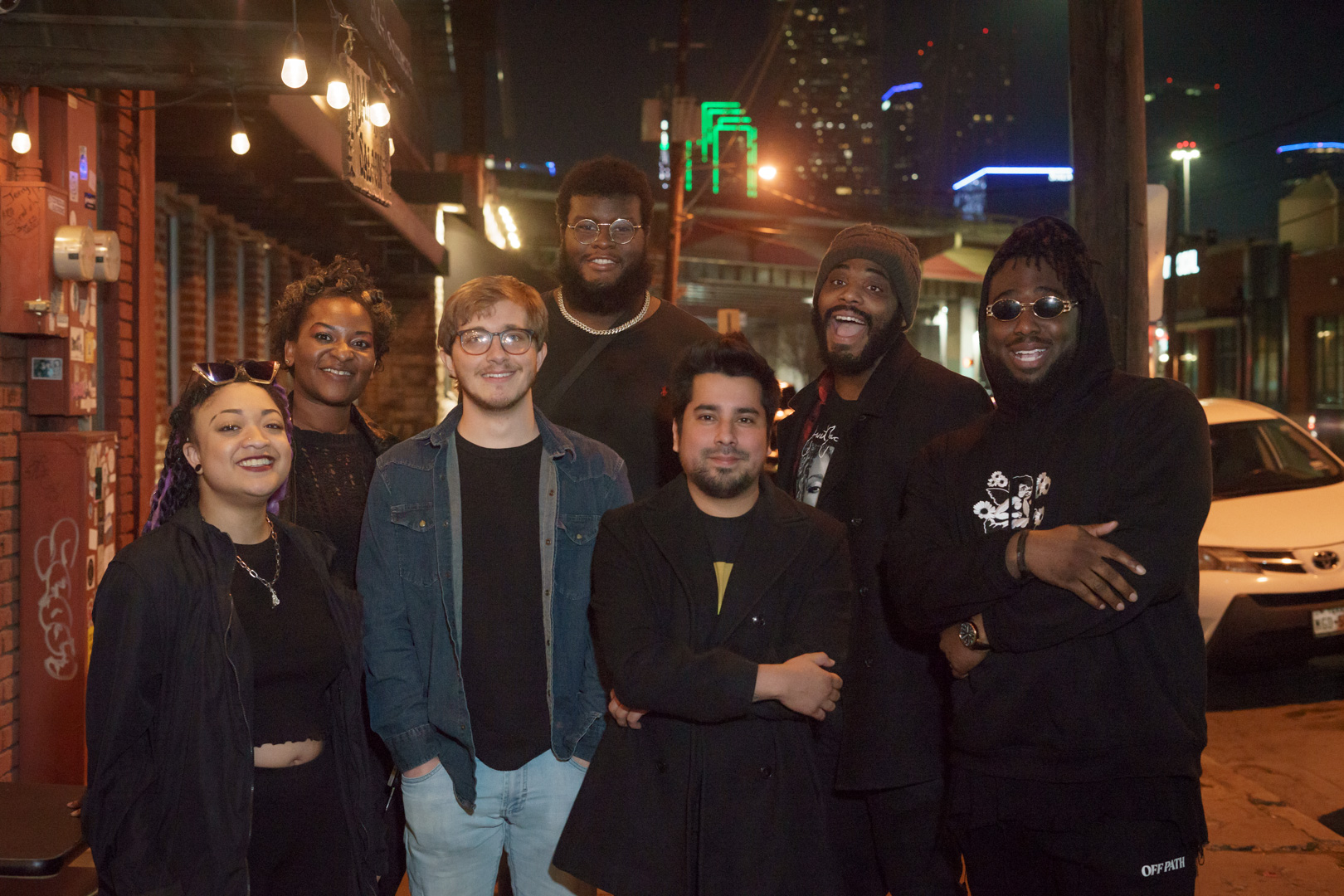 Each member brings their own flavor to the collective, with some members being self-taught musicians that have learned how to express their own unique style, while some have studied music at UNT and Dallas College. No matter how they’ve learned, this band stands out as having incredible chemistry on stage and good musical communication. It is a treat to see them weave melodies and positive energy together to give the audience something to cheer for.

When asked what genre they might align with, Guyceritops said, “If we have to put a name to it, I guess you could say neo soul, hip hop, grunge, funk, R&B… but really we’re creating together without thinking too much about genre. Like Zach adds some bluesy vibes with his guitar playing, and Jovan leads the beat with a pretty heavy foot and hand. We just love making music.” 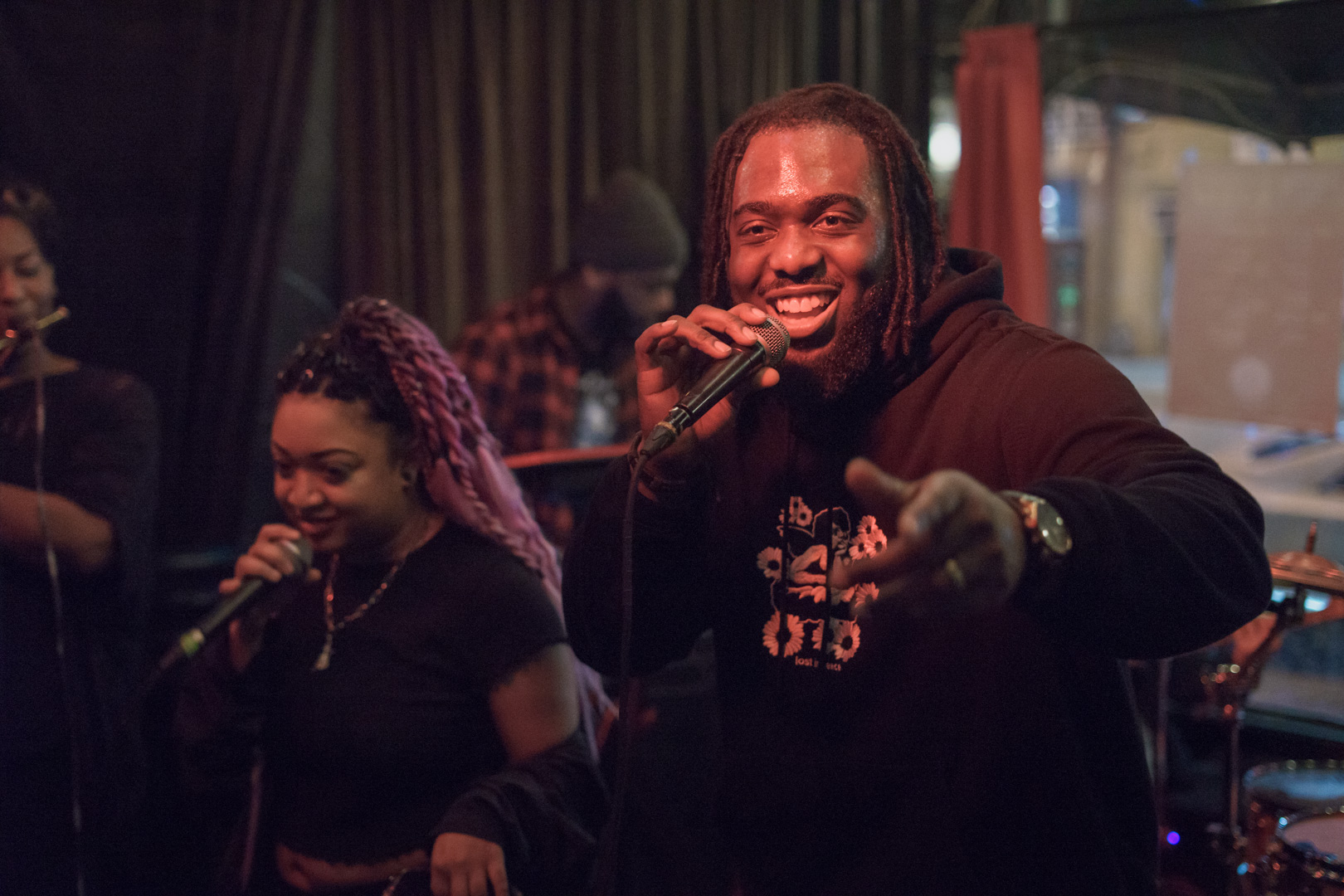