From the moment I first heard Tommy Luke play music, I knew this good ol’ boy had an old soul. Sitting in a listening room, hearing him weave tapestries through his musical storytelling, I often hang on every word he has to say.

You’ll see in the video above segments of five different songs from his show at Three Links on January 6th, Tommy Luke originals “The Ground,” “Oklahoma Hula Hoopin’ Angel,” “Just A Song,” and (unreleased) “900 Miles,” as well as a traditional folk song “He Was A Friend of Mine,”  made famous by Bob Dylan.

Tommy Luke was born in Fort Worth and grew up bouncing around Granbury, Burleson, Sanger, and other North Texas towns. As a teenager,  Jerry Jeff Walker inspired him to write.  Shortly after, he found Townes Van Zandt, John Prime and John Hartford – at the same time digging into traditional folk music.

His charismatic personality on stage blends with his songwriting style, as his set offers a spectrum of high and lows. The seriousness of songs like “I Don’t Know (I Had It All)” bring listeners into the artistic perspective of loss, while the playfulness of “Walkin’ Talkin’ Washin’ Machine” gets the crowd dancing two-step as he sings about the woman of his dreams. 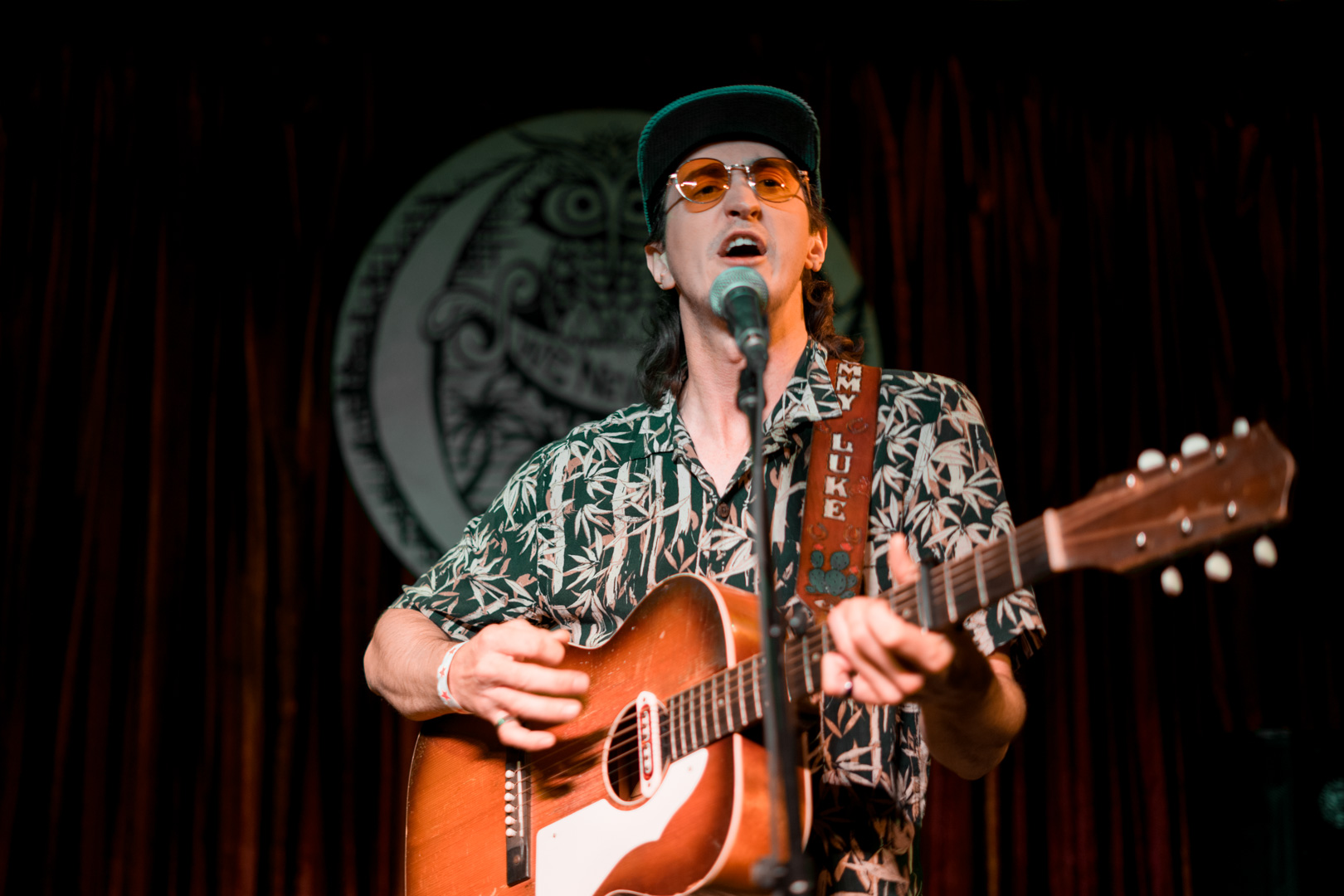 You probably wouldn’t be able to tell by seeing him play these days, but in 2017 Tommy Luke suffered a head injury that landed him in the hospital with a crack in his skull and a hemorrhage in his brain. Luckily his friend Vincent Neil Emerson was able to get him to the hospital before the worst could happen.

“I was living in a warehouse at the time, and I had fallen off the roof late at night. I had managed to get myself into bed after,” he said. “But I was supposed to go with my buddy Vincent to a baseball game the next day, so when I wasn’t responding to his calls he came to check on me.”

Emerson found him in bed, covered in blood and unable to move. He was able to get Tommy Luke to a hospital to take care of his wounds.

He made a tremendous recovery, and has since been continuing his music career through travel and the companionship of his road dog Dippy the Dawg, who is regularly seen on stage during his performances.

“After I got better from the accident, Vincent asked me to be his driver for the Colter Wall tour that he was playing,” Tommy Luke said. “It was pretty badass.”

He ended up buying an RV and moving to Nashville in 2018, where he quickly gravitated toward other folk and country artist circles, and shot some live music videos for his new friends Sierra Ferrell, Brennen Leigh and Melissa Carper, among others.

“I got back to Fort Worth in 2020 right before COVID happened, and just didn’t go back after that,” he said. “I do love it there. I got to hang out with the best musicians, and they love two step and honky tonk music.”

“The people that inspire me to keep on doing what I’m doing are my friends Vincent Neil Emerson, Colter Wall, Charley Crockett and Sierra Ferrell,” he said.

He’s working on a folk album right now, and is looking forward to recording more music. His current available discography can be found on Bandcamp and some selections on streaming services such as Spotify and Apple Music, which includes his 2018 album release Life Ain’t Hard.

You can see him play at a new place in the Fort Worth Stockyards called Second Rodeo Brewing Co, where he will be playing 8:00 PM – 11:00 PM on both January 28th and February 19th. 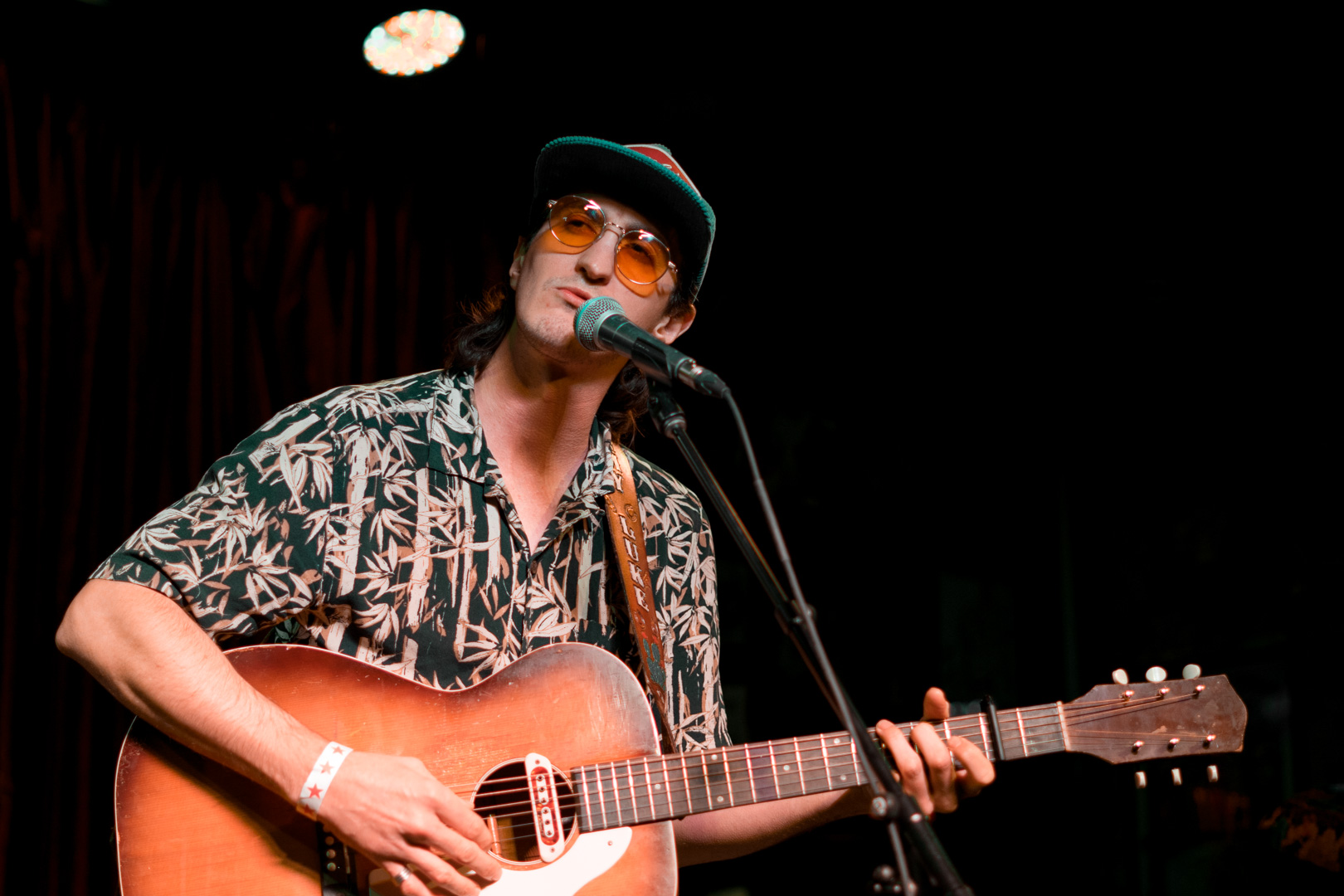