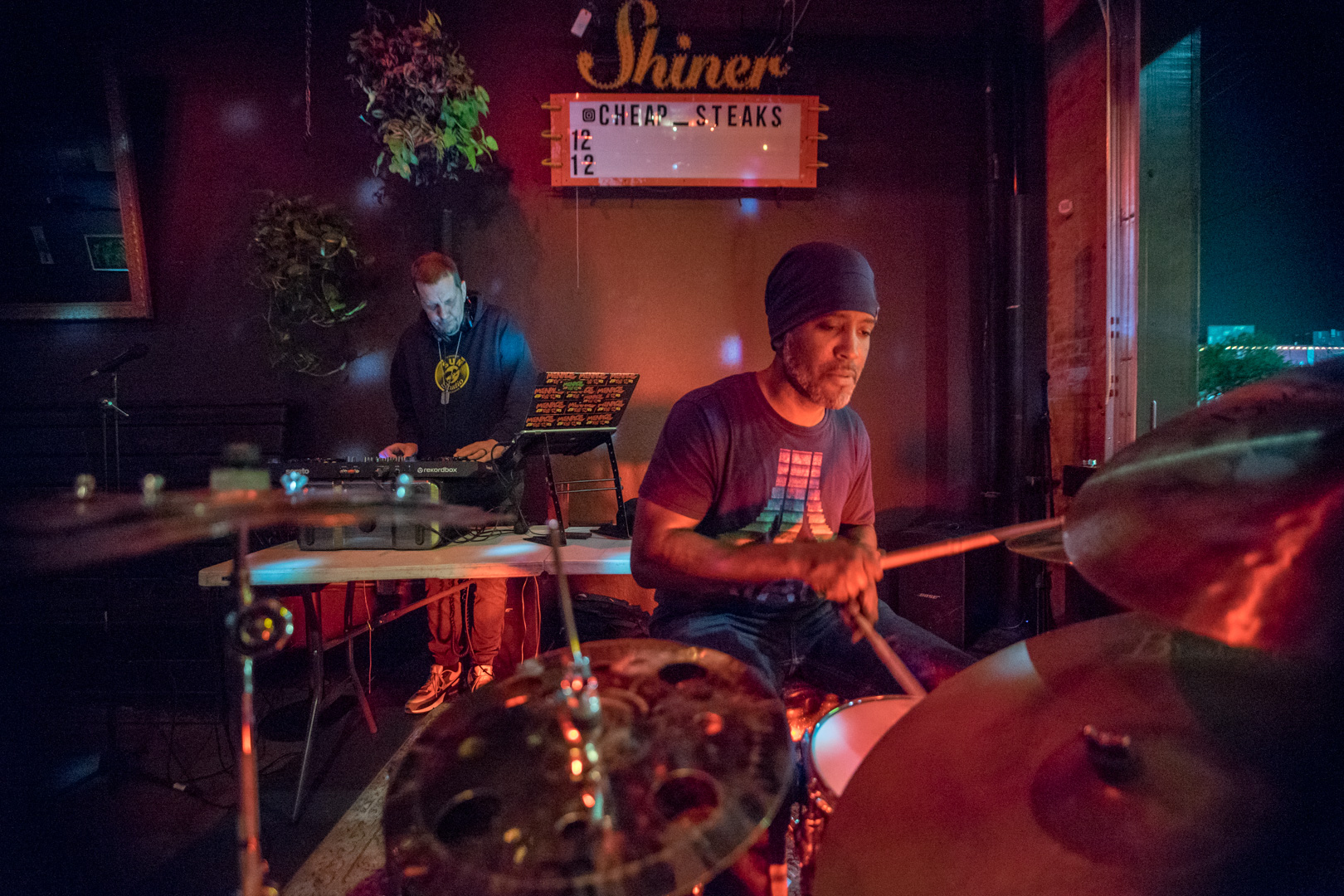 CheapSteaks was dreamed up by Jeff Biehler, John Jay Myers and Ed Laster. Biehler’s the managing partner running the location.

“John Jay and I connected while I was shopping around for a new spot after moving on from being the general manager of the Foundry,” Beihler said. “We’re both musicians and have known each other forever. I called him one day and ended up putting our heads together.”

They took over the location that was once Stonedeck Pizza Pub, and decided to expand the outside patio to be three times bigger than before.

“We demo’d the parking lot out to the alleyway,” Biehler said. “We spent a lot of time and money on the patio expansion. Most of everything that was done to the inside of that place, I was in there painting.”

Now the location has an indoor stage plus a larger outdoor stage. Some nights both feature music simultaneously. 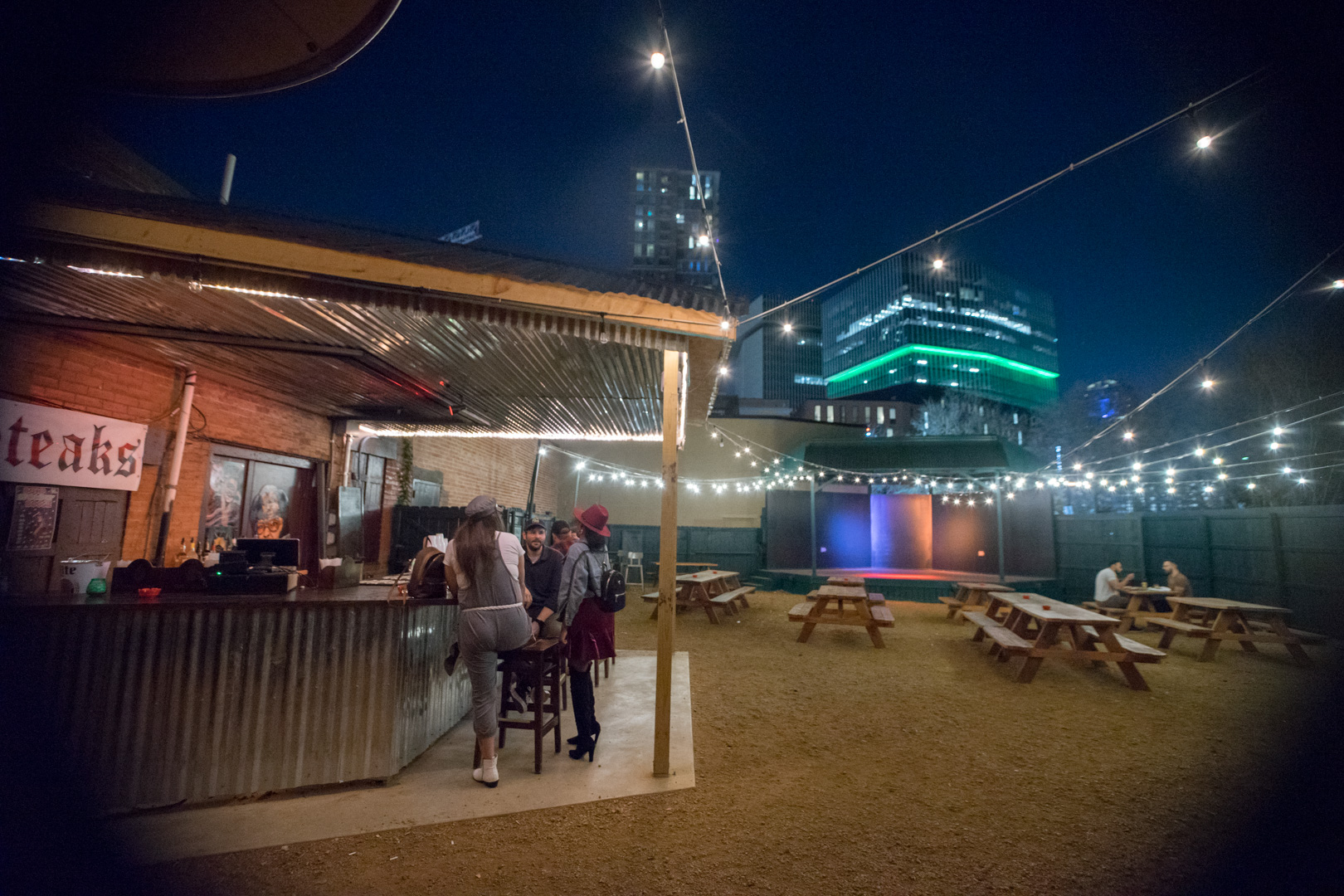 Last Thursday night, the hip-hop duo Branoofunck graced the indoor stage, playing in the open-wall setting that allowed people on the street to enjoy the music.

Branoofunck consists of DJ Menace and drummer Medrick Greely, the meeting of two hip-hop fanatics that dig deep into underground sounds and mix turntablism with live drumming. You may know DJ Menace from playing classic hip-hop on BOOM 94.5 FM, and Greely from several acts around town, including TryMoreMOJO and With ‘A’ Twist.

“We had been trying to play together for three years, but we were always both too busy” Greely said. “He knew that I had some experience playing with DJs from my project ‘The DJ and The Drummer Collective,’ but he didn’t know how infatuated I was with hip-hop music.”

They pair finally were able to play together starting in May at Braindead Brewing, which ended up becoming a Saturday residency that turned into a weekly block party on Main Street.

Their name comes from the song “Brand New Funk” by DJ Jazzy Jeff & the Fresh Prince, which happened to be a favorite song of both performers.

“I love that we can bring attention to both worlds,” Greely said. “From the endurance a drummer has, to the way a DJ reads a crowd.”

On this particular night, I watched Greely drum  nonstop for two hours straight. Most of the time, he does three or four hours sets without a break. He’s basically a human drum machine.

Seeing Branoofunck play at the new CheapSteaks was a pleasant experience, as the space seems to be in an eclectic flow of different kinds of music.

“We’re here to maintain that Deep Ellum vibe that made it so good to begin with,” Biehler said. “I think that’s kind of our deal.”

The location features weekly Cumbia music on Saturdays with artists Boom Boom Pum, as well as jazz nights with Dezi 5 every Wednesday.

The outdoor patio will be put into use on Wednesday Dec 15th, with the punk band Thyroids playing. Chubby and the Gang play January 22nd.

Expect a dance party on NYE, with Boom Boom Put ringing in the new year. You can find more information about their menu and events on the CheapSteaks website. 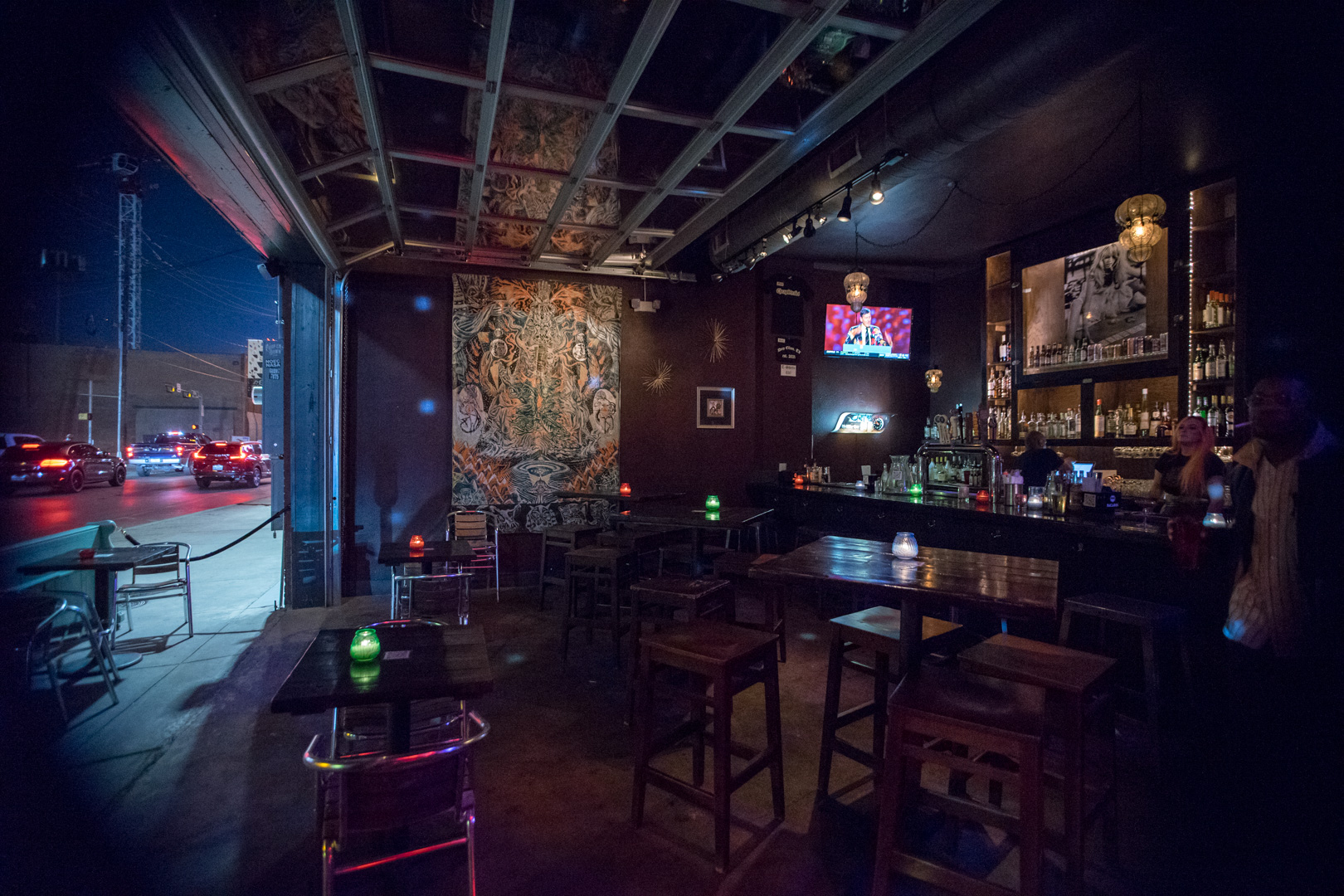 CheapSteaks features a full kitchen, craft beers and specialty cocktails. The side wall opens up for a spacious indoor / outdoor seating area, featuring candles on every table to create an elevated vibe. Photo: Jessica Waffles