The beginning of the night felt a little touch-and-go at Main At South Side. The stage production art installation for Crowley artist Denver Williams’ “The Blooming Eye” album release slowly but surely inflated on the side of the stage, ultimately revealing a 6-foot tall eyeball with a “10,000 gallon” cowboy hat on top of it, designed and constructed by visual artist James Benjamin Maker.

As the eye was hoisted up, I could hear minds being blown all over the room. “That thing is freakin’ huge!” attendee Jered Harlan said. 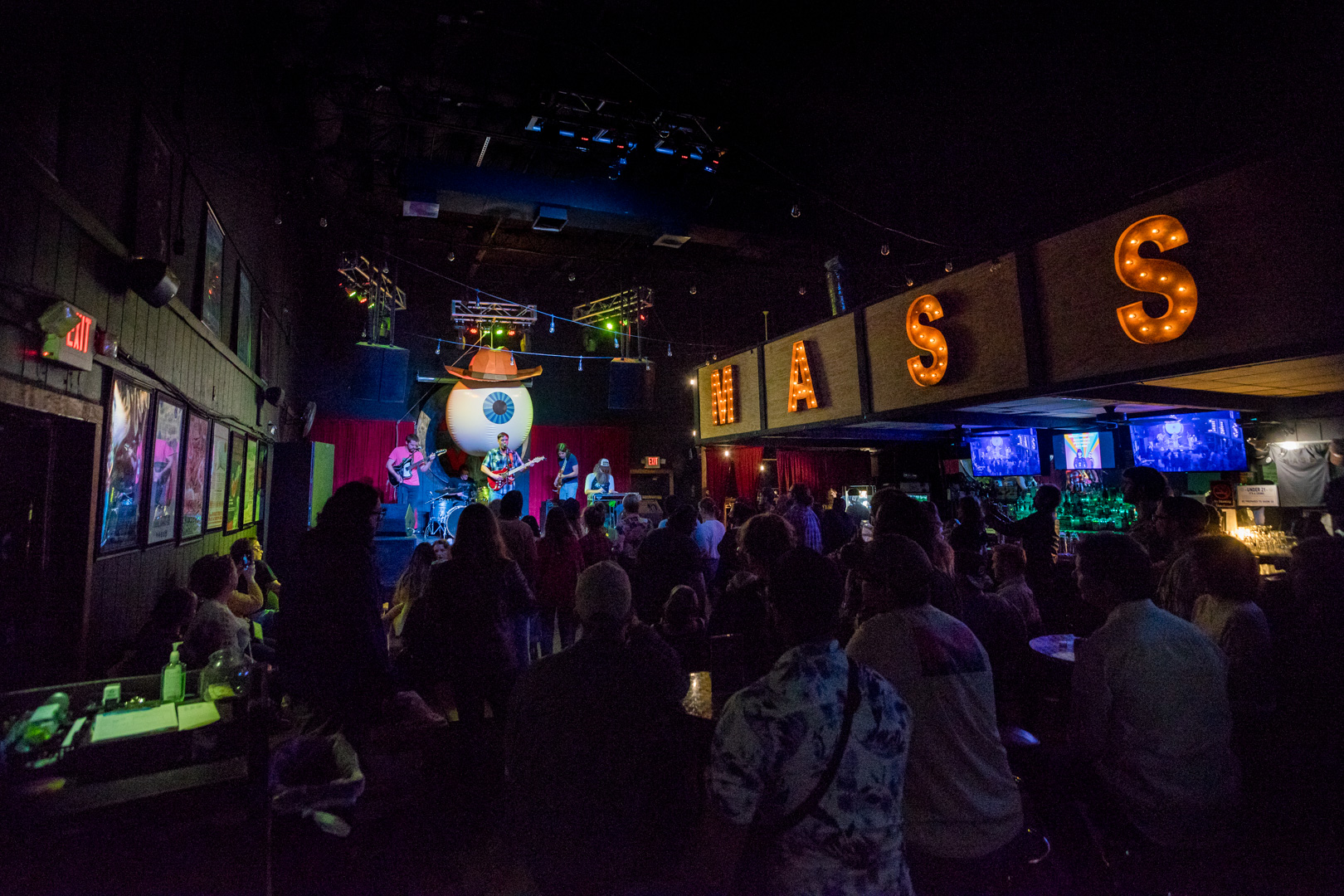 The stage from the back of the crowd was larger-than-life as the 10-foot tall art installation by James Benjamin Maker hung over the bands. Photo: Jessica Waffles

This event was a year and a half in the making, starting when Williams began recording his solo record with producer Peter Wierenga in March 2020.

Williams has been a part of numerous bands over the years, such as Chillamundo, Chingalotus, Organic Think Machines, Deep Sleepers, and  Vincent Neil Emerson. But this album is the first of his own.

“I definitely started the record with the idea that this would be a solo thing,” Williams said. “But it took a lot of different people believing in it to make it come together into something I couldn’t do myself.”

“It was honestly some of the best parts of quarantine,” Wierenga said. “Every Tuesday, we had a positive outlet to create.” 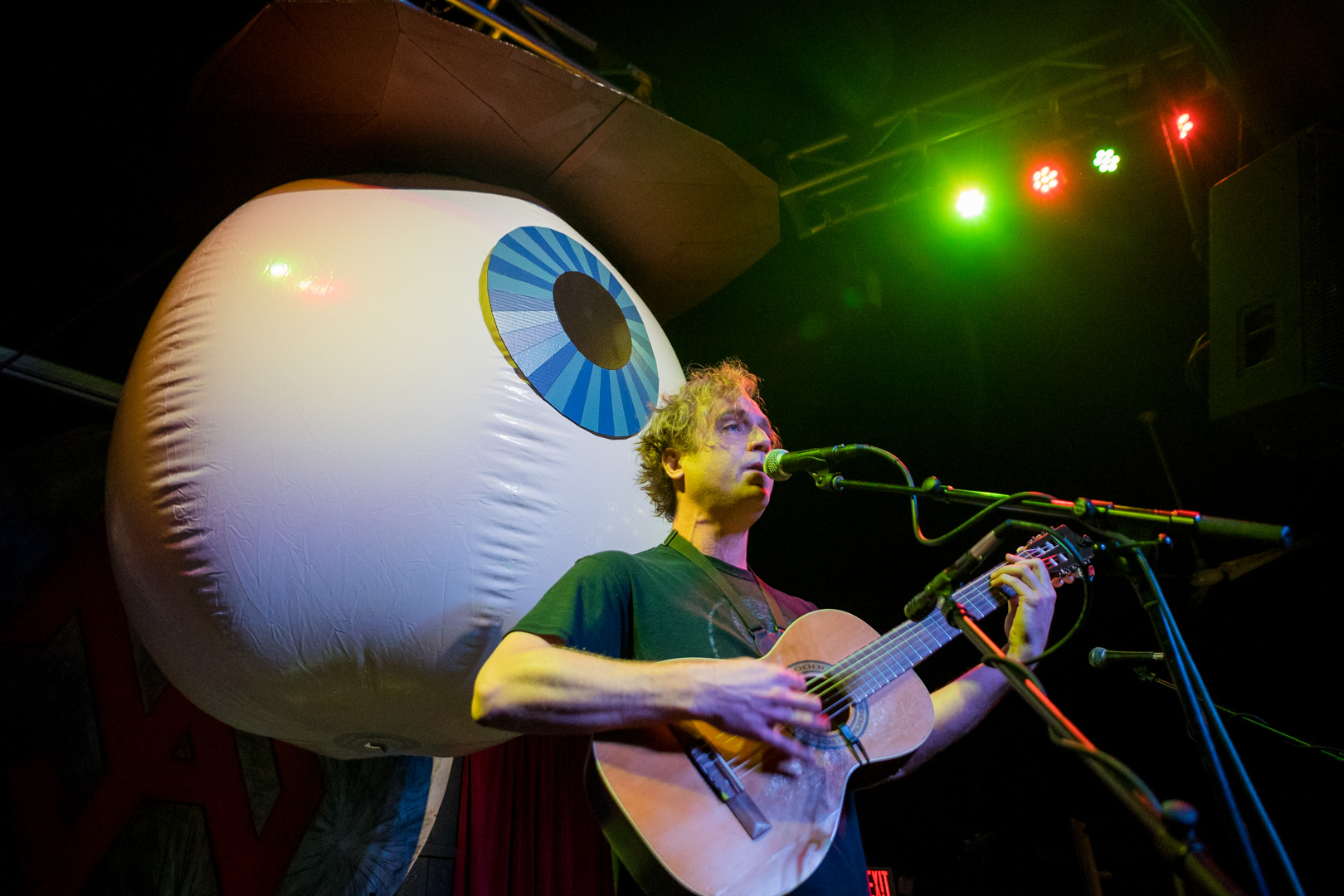 Neal Elliott McAlister (aka “Mudd”) opens up the show at Main at South Side on December 10, 2021. Photo: Jessica Waffles

As the train got on the tracks at the release party, Neal Elliott McAlister (also known as Mudd) opened up the show, playing songs from his thoughtful solo catalogue, including his 2021 single “Lo-Fi Junkie.”

Grandma Mousey from Austin took the stage next. Around since the Spring of 2019, you could say they sound somewhere between the Pixies, Led Zeppelin, the Smashing Pumpkins and Sublime. It was hard to pin down their sound as they weaved a tapestry through their ever-changing original setlist. Josh Garcia is the vocalist and drummer for Grandma Mousey, while Cory Green plays guitar and Alex Diesbach plays bass.

Garcia has been friends with Williams for years, noting that he’s inspired by his vision. “Denver’s the real deal. He walks the walk. He’s genuine,” Garcia said. “He’s always pushing the boundaries as an artist.” 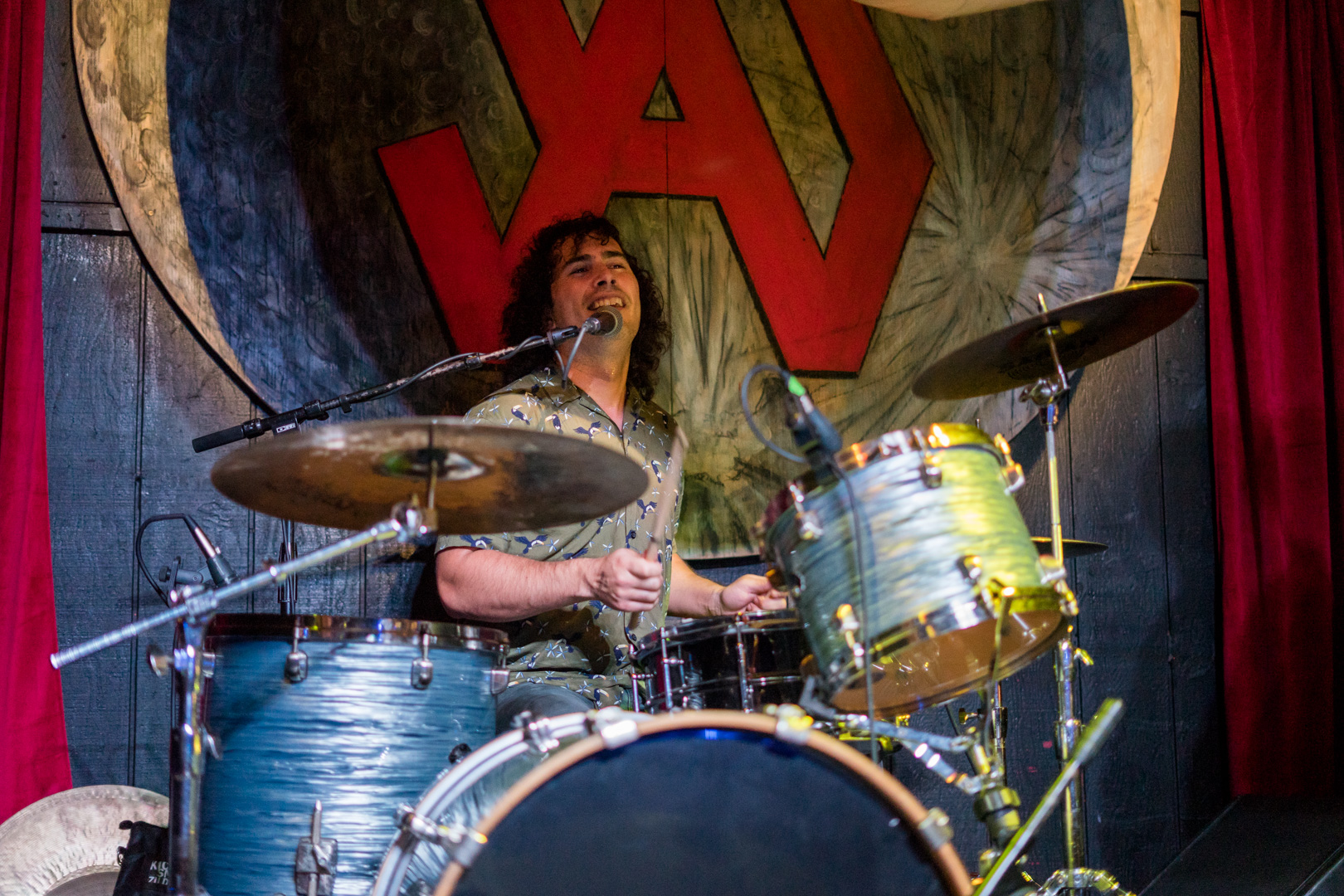 Grandma Mousey’s Josh Garcia doesn’t skip a beat has he belts songs from behind the kit, being the driving force behind the band’s percussion and vocals. Photo: Jessica Waffles

Denver Williams and the Gas Money took the stage as the closing set of the night, and played through all of the singles on the album, which include “The Pass,” “Cement and Plastic,” and “Any Other Name,” whose music video was filmed by Coffee Pot Films. The video in this article features “Alice From LA,” which is a song about a girl who once puked in Williams’ car when he was driving for Uber.

Austin vocalist Samantha Knight came up to perform at the show, and is featured on three songs on the album, including “AM,” which has been reimagined from its original recording in 2005, on the album “shiverhard.”

Williams put together his supporting band “the Gas Money” with Wierenga on drums, Austin Lee Kroll on guitar, BK Lovell on bass and Burton Lee on pedal steel guitar, creating a sonically immersive experience for his release show.

Williams is already in the studio again this week with Wierenga, this time recording a country-styled album, inviting new players to join at Arlington recording studio The Cove. “We’re going to bring ‘River Song’ and ‘Everything’s Alright’ into the studio, as well as some new songs I’ve been demo’ing,” Williams said.

Taking inspiration from artists like Ween, Beck, and Wilco it’s no surprise that Williams continues to pump out a plethora of songs spanning over various genres and styles.

Check out the new album streaming on iTunes and Spotify, and catch Denver Williams this Saturday December 18th at Lola’s Trailer Park in Fort Worth with Tommy Luke and Scott Copeland, where he’ll have CD copies of the album available, featuring out-of-this-world album art by Ben Hance. 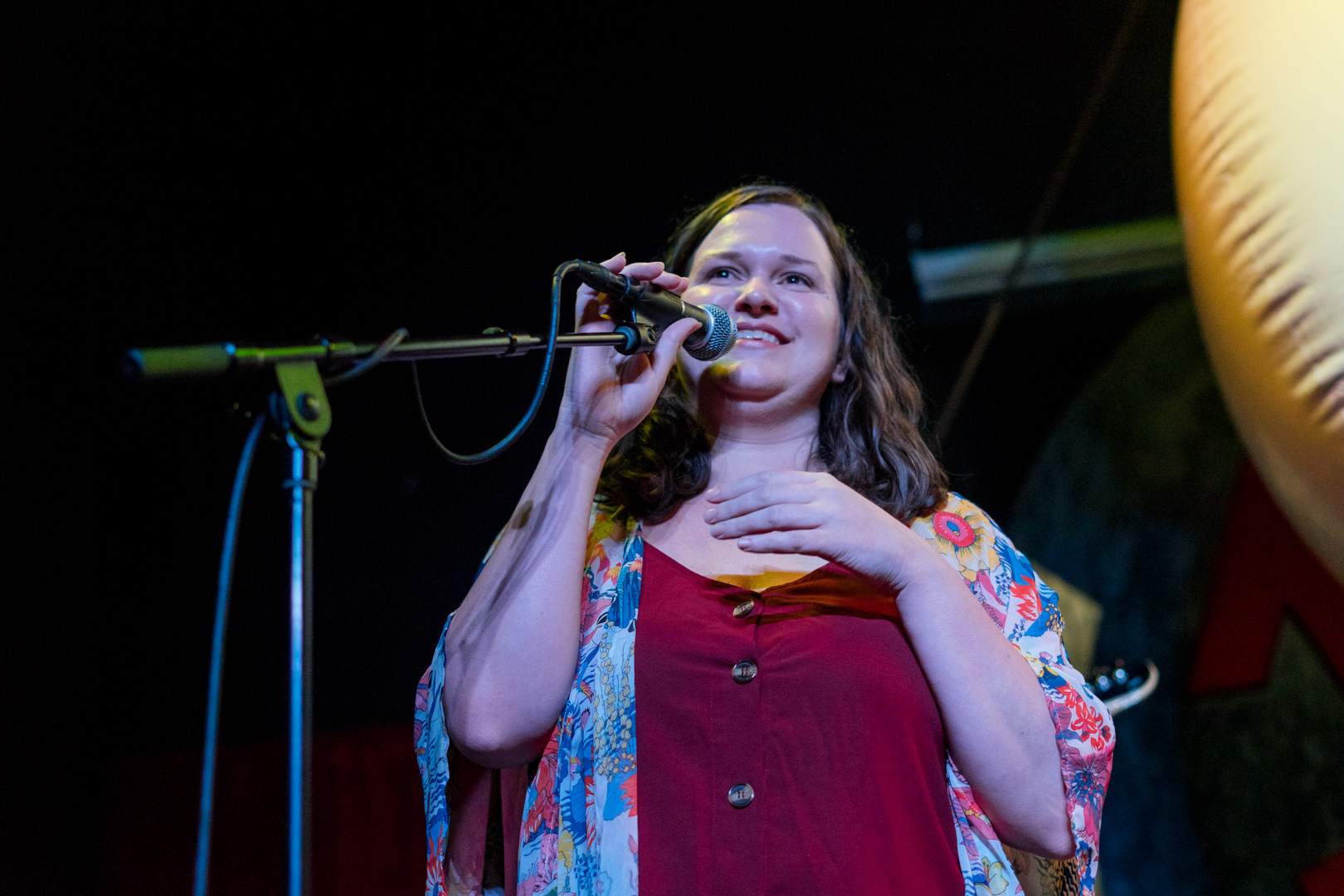 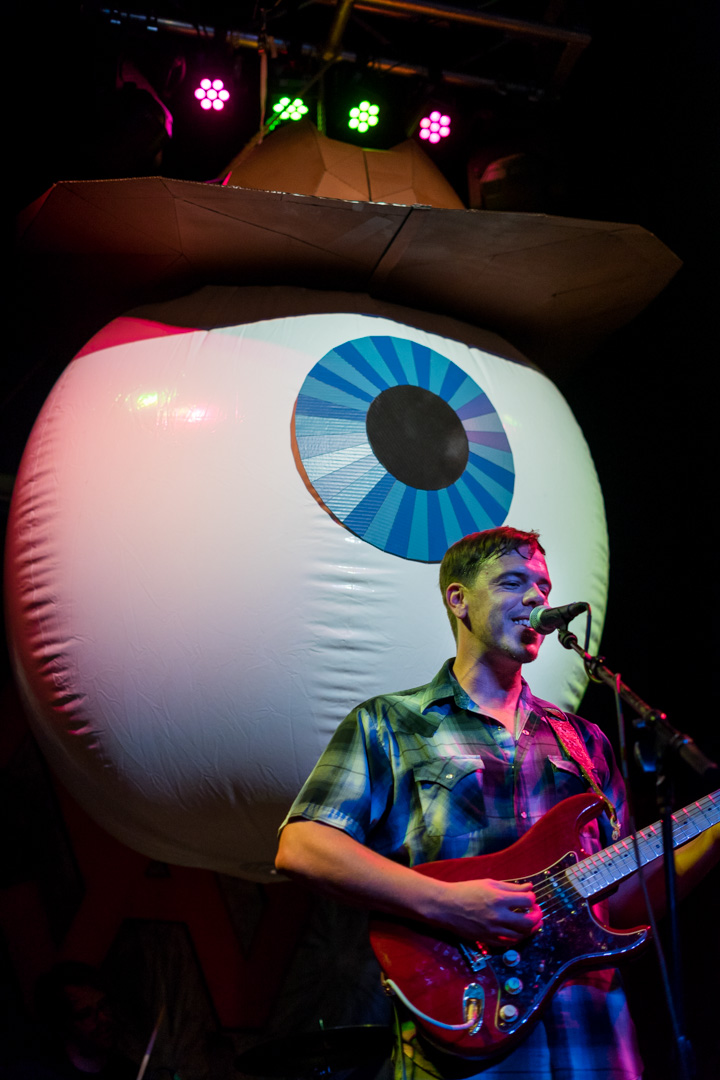 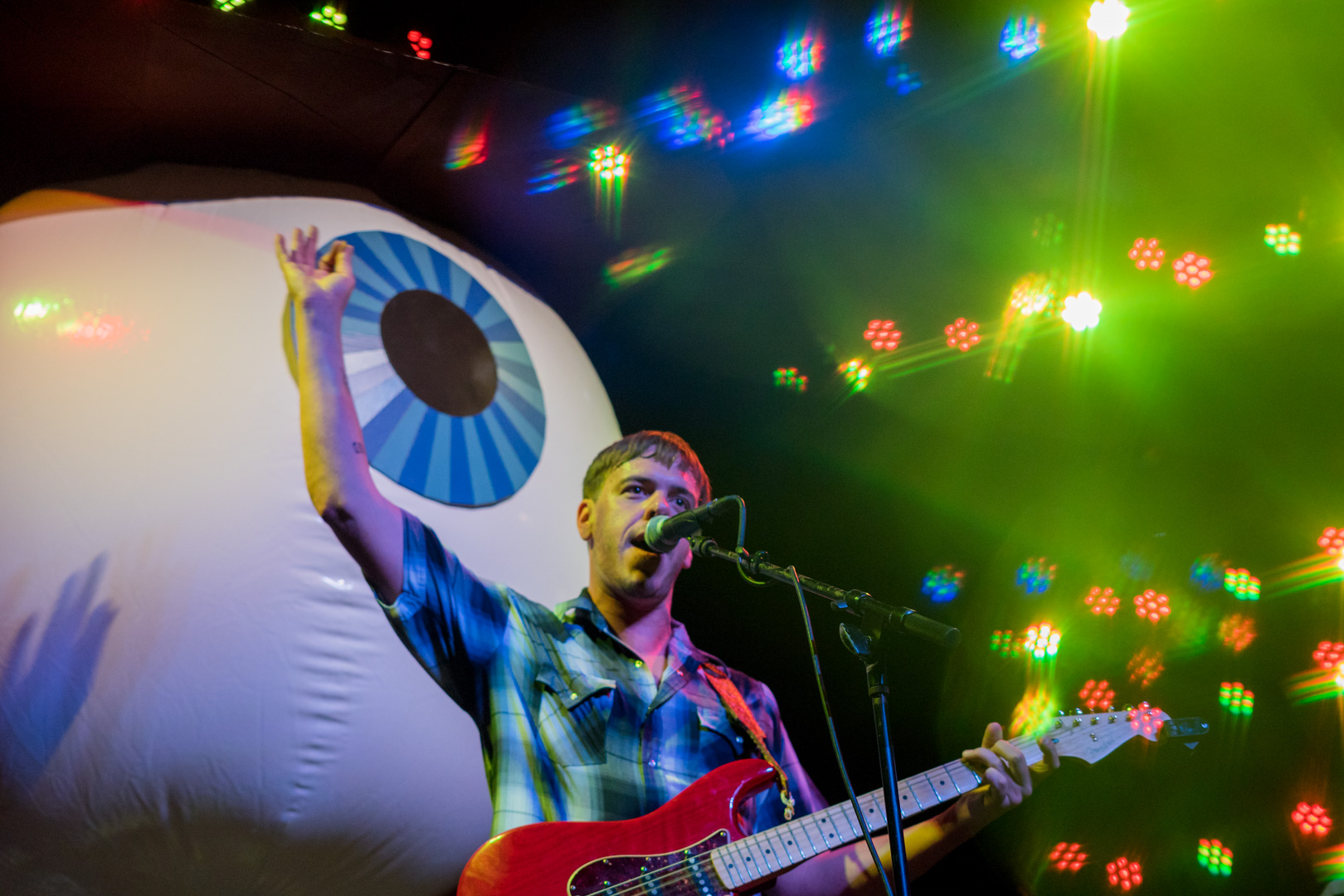