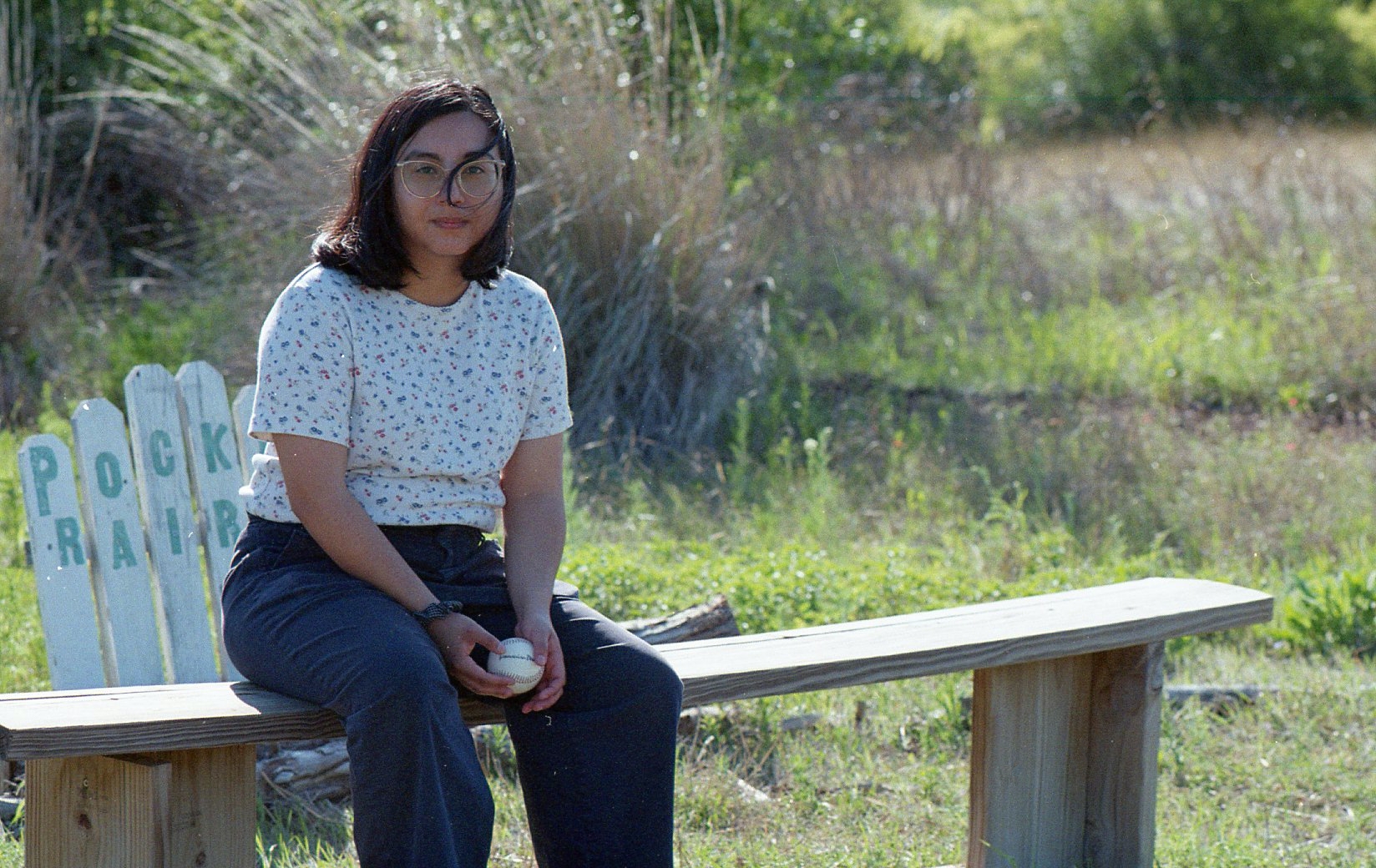 Alex Montenegro writes gorgeous, layered, fuzzy-edged songs that unfurl like half-remembered dreams on a lazy summer’s afternoon. Performing as Skirts, her debut full-length, Great Big Wild Oak, is one of the most striking albums to emerge from North Texas in 2021.

Given how deftly Montenegro sustains this specific, gauzy mood from the opener (“Back Out”) through to the final track (“Annie”), it’s a bit startling to learn these 10 songs are as much the product of hopeful tinkering as a decisive vision.

“A lot of the time, it’s piecing together songs that I feel flow well together and trimming away what I no longer like,” said Montenegro, via email. “A lot of the mood is also created in the mixing process, especially with this album. Great Big Wild Oak was so many things before it got to the finish point. I always had a small idea of what I wanted it to be but felt unsure of how to reach the finish point and through trial and error it eventually got there!”

Not only did it get there, but the record is resonating well beyond the state’s borders: Tastemaking music blog Stereogum selected Skirts as one of its bands to watch in July, calling Oak “an indie folk record so gentle and soothing it becomes an idyll of its own.”

The 26-year-old Montenegro is a former Good Records employee — “I worked [there] for six or seven years,” she said — and the Dallas native credits the store, as well as diving into the local scene through Skirts, which has been releasing music pretty steadily since 2017, with opening her eyes to the creative infrastructure all around her.

“There is a little pocket of North Texas musicians and we are all friends and are always rooting for each other,” said Montenegro, via email. “It’s a sweet thing to be around — we are always going to each other’s shows and supporting whatever we have going on. It’s nice to have that, especially since I used to have a jaded view on North Texas music. I will say that the only reason I felt there was nothing good around was because I wasn’t looking hard enough. There is so much good stuff around that I found through playing and attending shows and working at a record store for so long.”

As for what lies ahead for Montenegro and Skirts, there will be an official South by Southwest showcase in March, as well as what she described as “maybe some more shows … to have a little belated Great Big Wild Oak tour” (Skirts played Dallas and Austin in September to mark the LP’s release) and the next phase in her artistic development.

“I’ve been trying to write songs again,” said Montenegro, via email. “Sometimes, it feels like I am trying to relearn something I never really got the hang of, so I’m trying to use that as an advantage and grow as a songwriter.”