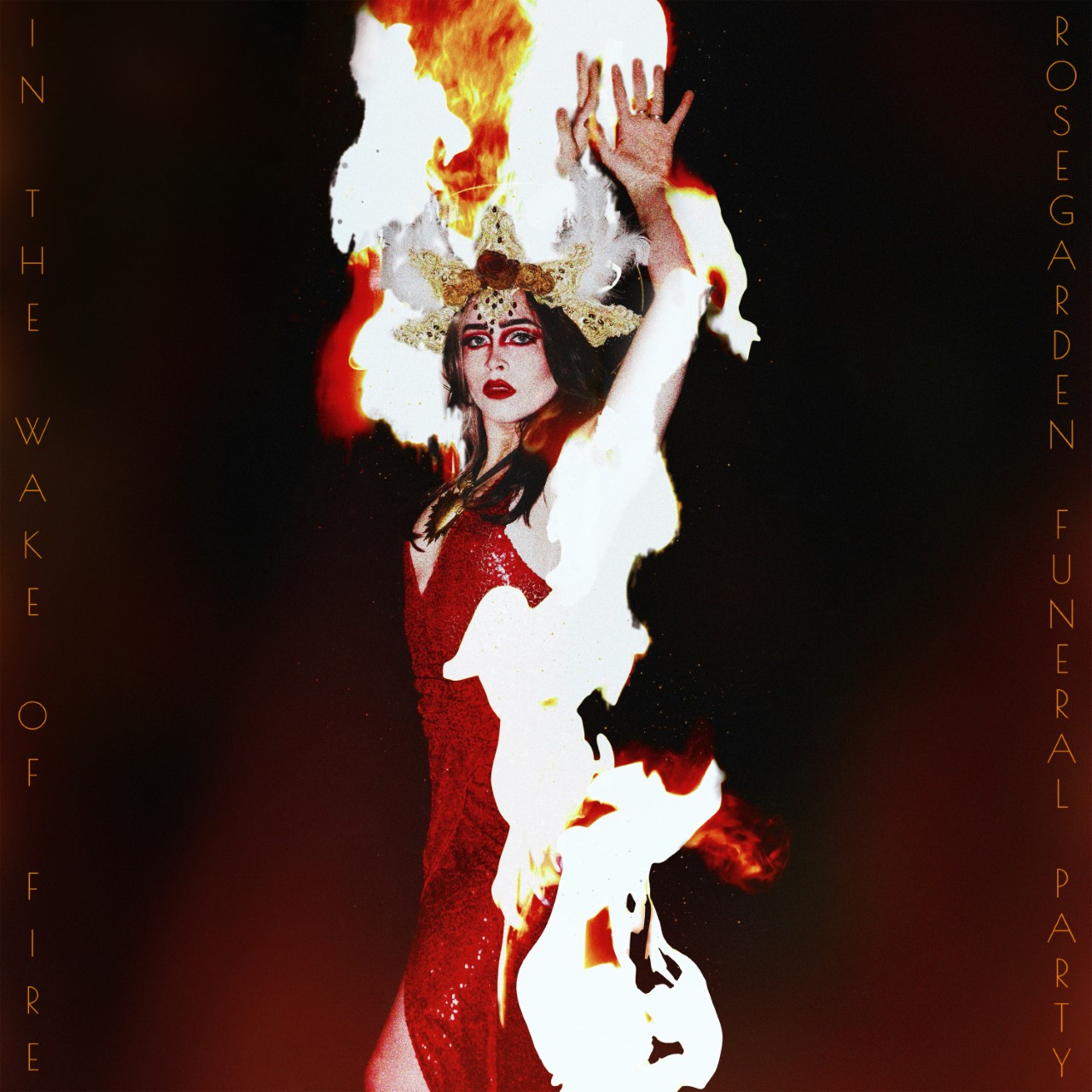 As the pandemic snuffed out their touring schedule, Dallas post-punk band Rosegarden Funeral Party faced a choice: evolve or stagnate.

“We spent a year doing these covers,” Lane says by phone, on her way to the band’s 11th straight day of rehearsals. “With each cover, each member of the band added a new tool to our tool chest. … We wanted each cover to have a guest or multiple guest musicians, and we were able to learn from them as well.”

Those joint efforts paid off not only in the covers, but also Rosegarden Funeral Party’s just-released second full-length album, In the Wake of Fire. The band celebrates its release Wednesday performing Fire in full at the Granada Theater. The evening will also feature a complete set of the “Take Cover” songs, and many of the guest artists will be on hand, including Poppy Xander, Lorelei K, Aaron Gonzalez, Jordan Richardson and many more.

The album itself, spread over 13 tracks, is anchored by Lane’s extraordinary voice, full of emotive power. Songs like “Painless” and “Gates of Heaven” are sleek, surging anthems of bleak beauty, massive in scope and ambition.

“It’s a very honest representation of growth out of heartbreak … and also understanding the things you go through … the way you handle them is what shapes you as a person,” Lane says. “What matters most is how well you walk through the fire.”

Rosegarden Funeral Party has a busy few months ahead. The foursome is an official showcasing act at the 2022 South by Southwest music festival and conference, and also has a run of dates booked along the East Coast, along with a stint opening up for Austin’s Ringo Deathstarr.

While Fire would leave a mark regardless of the state of the wider world, Lane acknowledges these songs — a concerted evolution amid uncertainty — may hit a little different now.

“I hope that people know that even when you do feel like you’re … just completely in the middle of the chaos, that there is beauty to be found in that chaos,” she says. “It doesn’t mean we should live in that chaos. But it means we should at least be able to breathe in those moments and know that the moments where you feel the growing pains are the moments that you’re growing the most.”