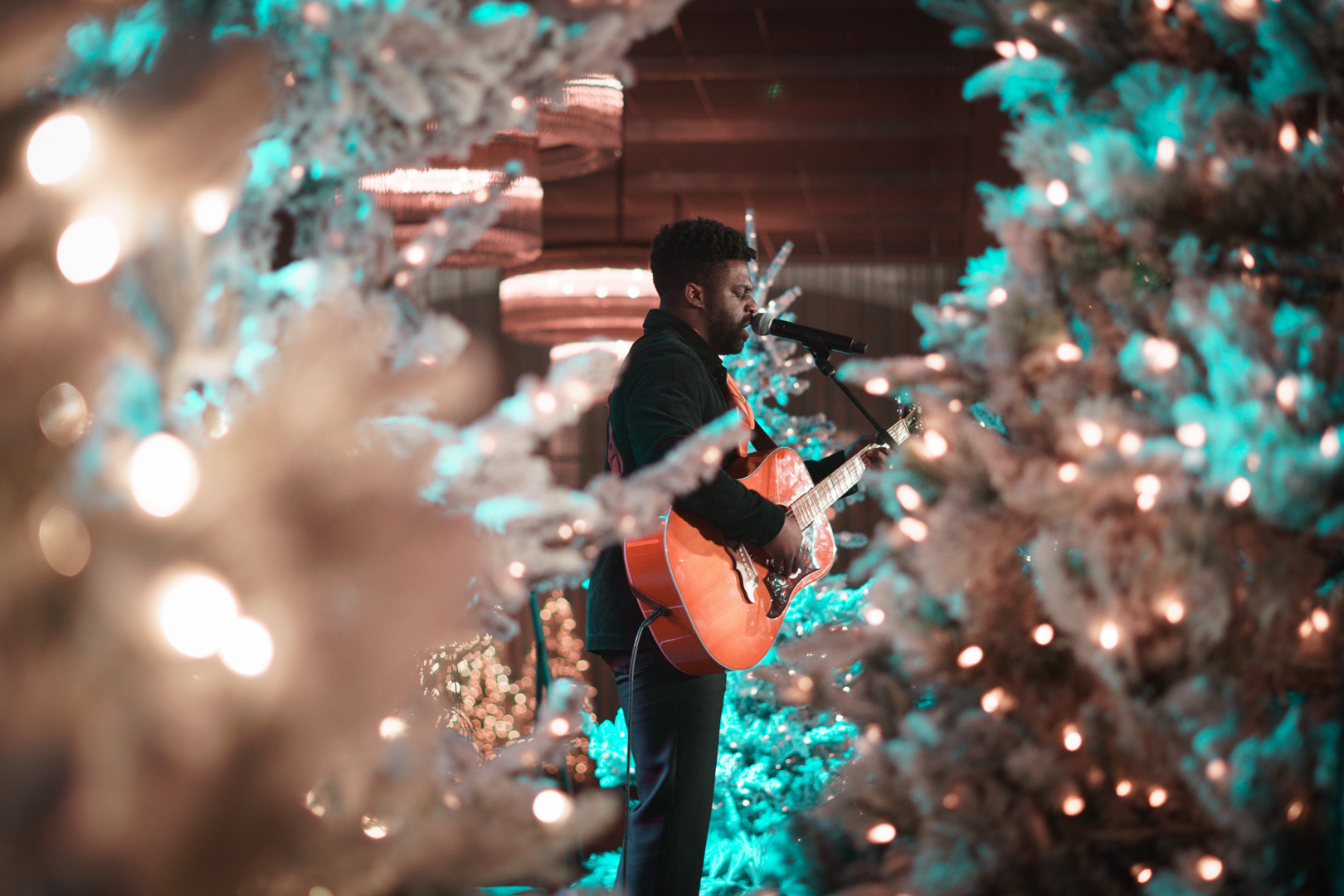 The Booker T. Washington High School for the Performing and Visual Arts have kicked off their 100th year anniversary celebrations, starting this past Thursday at The National Ballroom inside Thompson Dallas.

The National Ballroom was filled with nearly 30 white Christmas trees, all lit with white lights & towering over guests seated in an ensemble of luxury lounge chairs and couches. Classic Christmas songs played over the speakers before the stage performances started, as guests drank wine, scotch and champagne to cozy up under the glow of the 21 prodigious ballroom chandeliers.

As the music started to wind up, the crowd was incredibly silent as Jackson Scribner of State Fair Records took to the stage first, serenading the audience a few songs from his original catalogue, with harmonies by Mia Hawthorne on his last song “County Road 497,” about his grandmother’s house that was a home away from home. 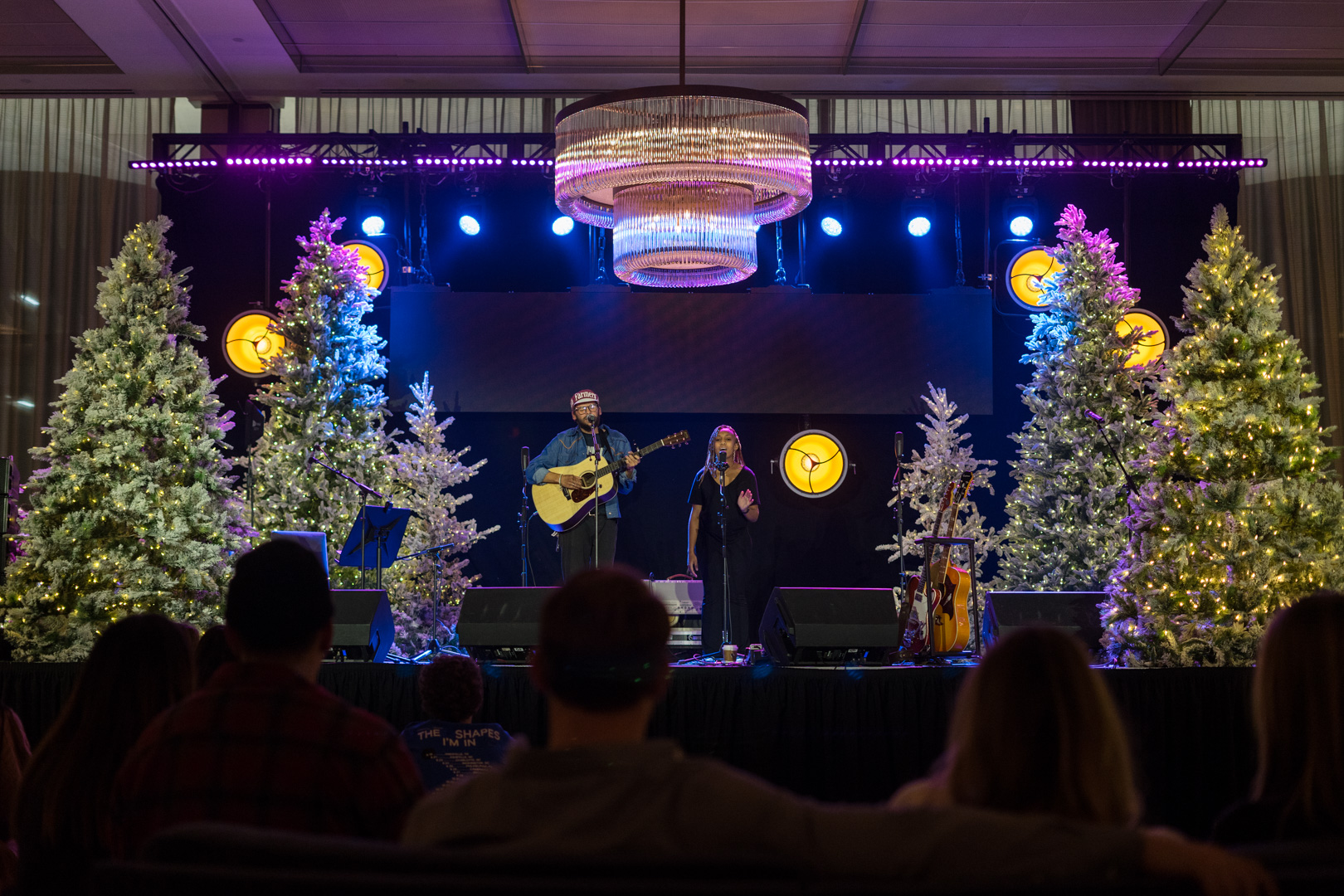 Alexander played five songs with the choir, including some from his upcoming 2022 full album release. His last song with the choir was “Stay,” and he shared an anecdote about the origin of the song being his ode to missing Texas while traveling in Europe, with lyrics “Tell me if I go to far, will I become the lonesome Lonestar.” Each individual choir member got to riff their own run at the end of the song, leaving the stage to a standing ovation. Alexander played two more songs plus an encore of “America,” also leaving the stage to a standing ovation. Alexander signed posters and met with fans after the event at the donation table. Overall, the night was full of intimate warmth in a decadent setting.

“I’m really excited to be part of the event and get this support from the Thompson,” said Scott Rudes, the school principal. 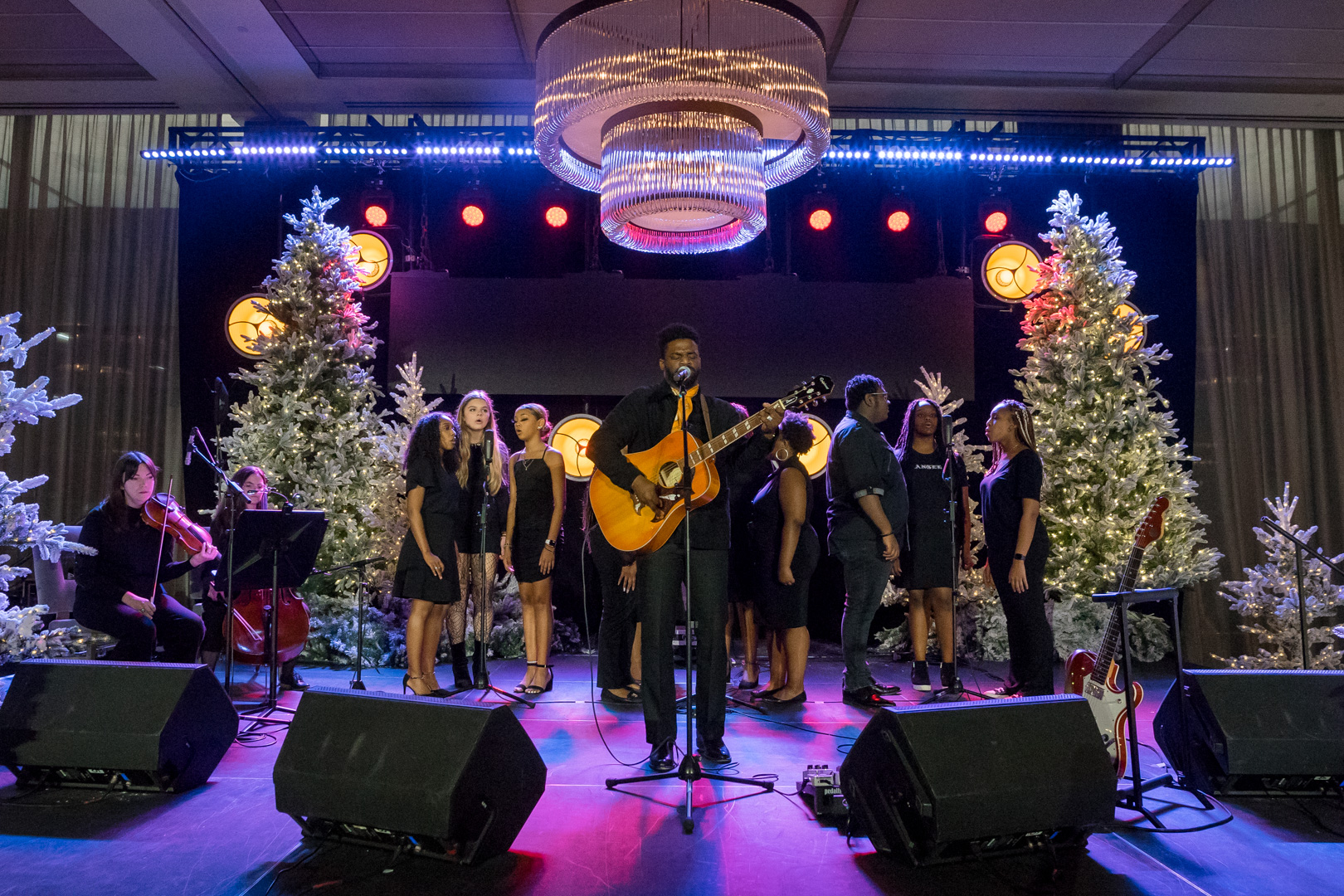 The night was set to help raise donations for the public school, which was originally opened  in 1922 as the first African American high school that brought grades 6-12 to one place in Dallas. The school existed as a comprehensive school starting in 1922, and expanded in 1952 to a technical high school until 1969, when a desegregation order was issued and the school was closed. Students were transferred to neighboring Dallas schools like Lincoln High School.

The school had a rebirth in 1976, when it reopened as one of the first arts magnet schools, teaching visual arts, theater, dance and music.

“The arts district grew up all around the school,” Rude said. “It was there well before all the museums, when there were still dirt roads.”

Currently the school has about 1000 students, who all audition to attend. Each year about 850 students compete for about 250 spots. The students are often highly talented with little resources to pursue their art. This is where the advisory board comes in.

“We exist to bridge that gap,” said Lisa Walker, the advisory board’s executive director, from the stage. “Last year we had 5 boys get into Juilliard, and that’s out of 12. One of them was homeless, and was living with a board member.”

The slogan for the 2022 centennial year is “Two schools, one story,” touching on the school’s past and future. “The connective tissue, that pioneer spirit – that thread is evident from the ‘20s through the 2000’s,” Strosnider said. 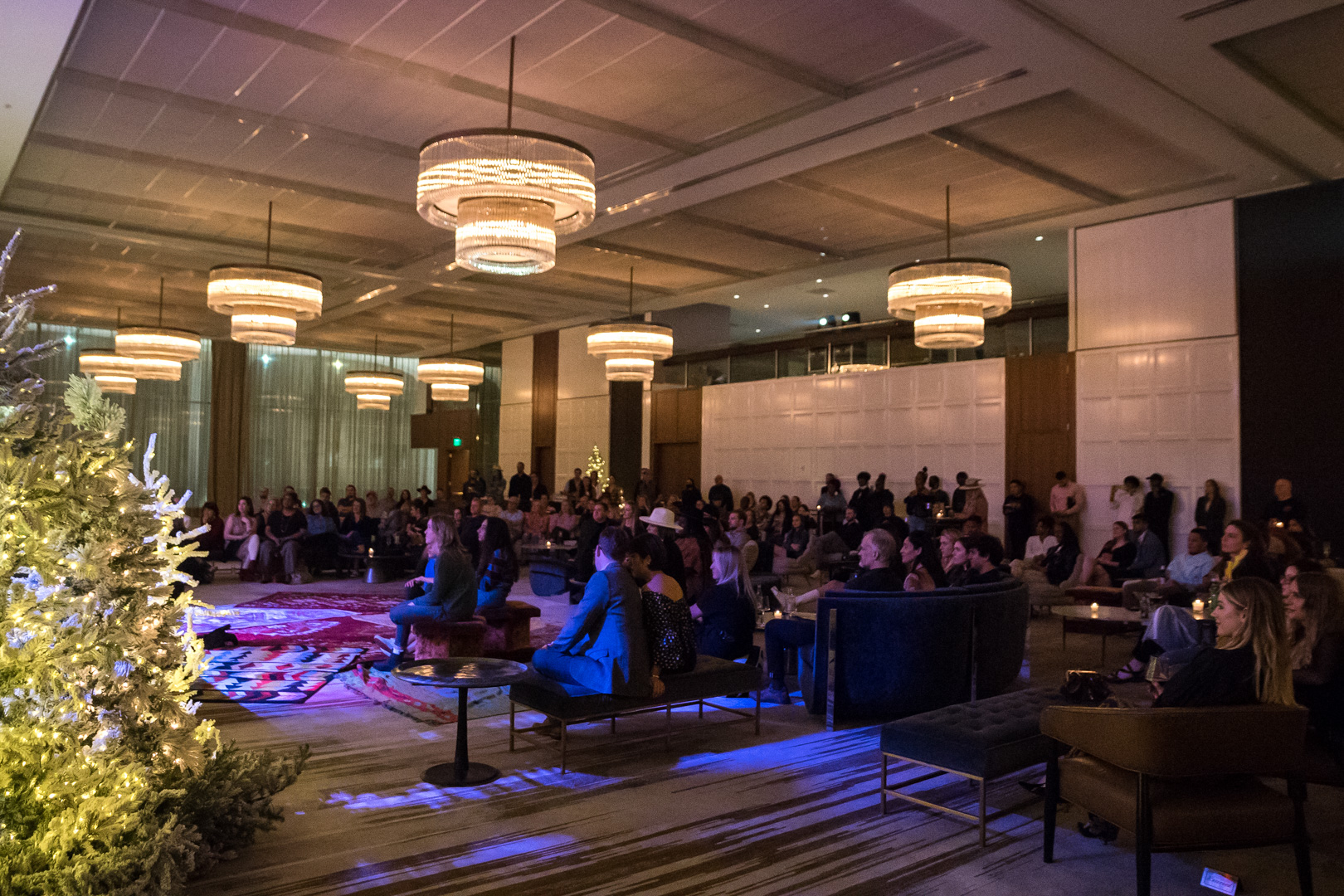 The school plans to host monthly events celebrating the centennial, including the annual student performance event Flying Horse on April 22nd showcasing music, dance and theater, as well as the Homecoming event on the weekend of October 28-30th, where notable alumni will be playing. There are many Booker T alums you may know, including Erykah Badu and Norah Jones.

Suggested donation amounts at the event included $50 for ballerina pointed shoes, $100 for sheet music, art supplies or instrument repairs, $250 airfare to college audition, and $1000 for a college visit to Juilliard or to participate in a national dance competition.

For those who may want more information and wish to support the Booker T. Washington High School for the Performing and Visual Arts, please email [email protected] and you can get in contact to support through the advisory board.