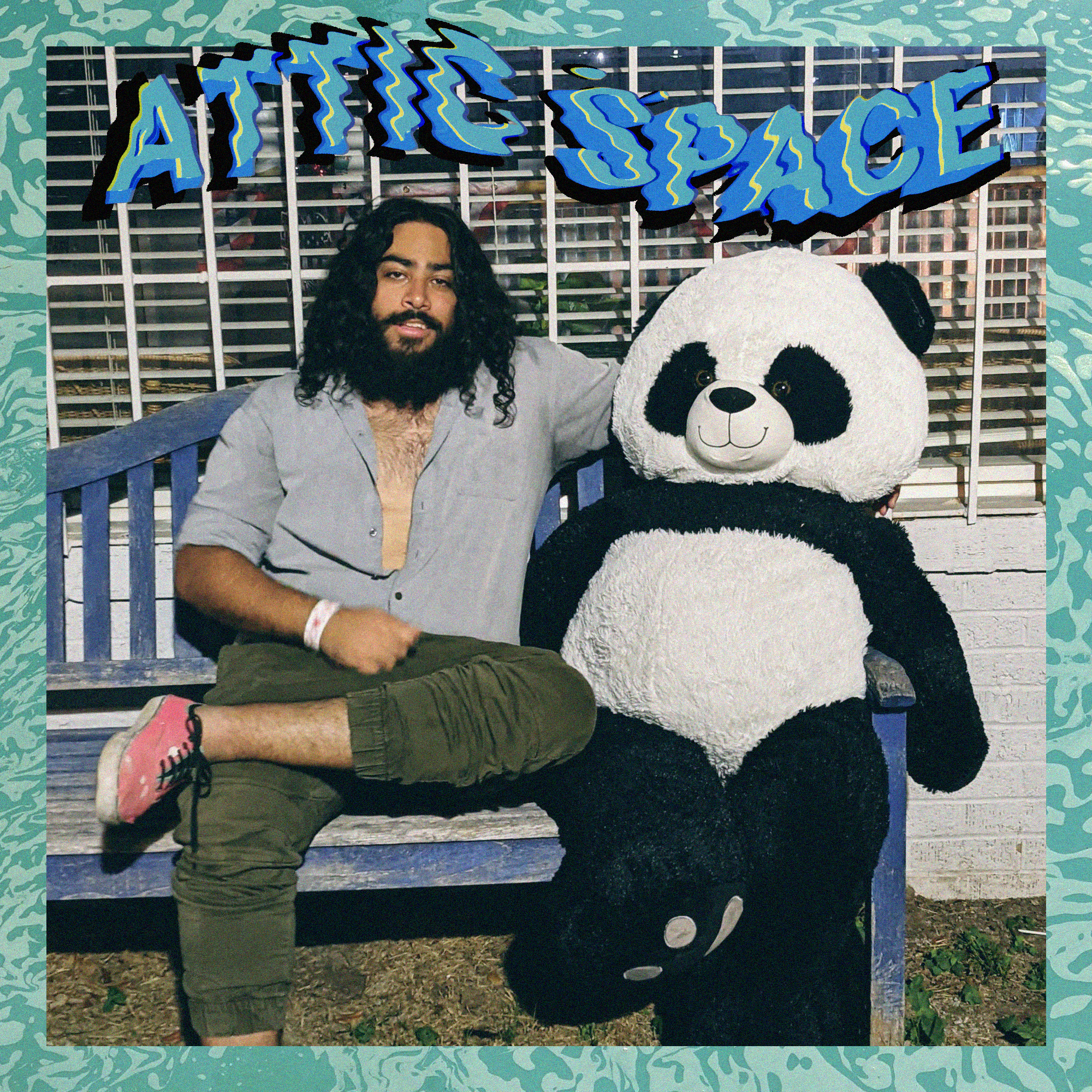 The brainchild of Dallas-based musician Abraham Khan, Attic Space, billed as a “collaborative musical project,” evokes many of his influences — among them Tame Impala or King Gizzard and the Lizard Wizard — but feels wholly unique.

“To be frank, Attic Space was born out of the ashes of multiple previous musical projects of mine,” Khan says via email. “As cliché as it sounds, I stopped trying to make music that I thought people wanted to hear, and just had fun experimenting with sounds and ideas in my room.”

At this point, you might be wondering where the “collaborative” piece of a one-man endeavor comes in.

The vision Khan has for Attic Space is a unique one, at least for North Texas, insofar as he plans to effectively overhaul Attic Space with each subsequent release.

In other words, if you love the taste of “Sugar,” and the album on which it will feature, the forthcoming The Crashing of 1,000 Waves, don’t get too attached to … any of it, except Khan.

“I knew I wanted Attic Space to have the vibe of a proper band, so I devised this idea of dividing album cycles into ‘seasons’ where I have a rotating ‘cast’ of collaborators, and a whole new image, genre and aesthetic each time,” Khan says via email.

For now, Khan is focused on getting 1,000 Waves out, and “putting together a great live show to go with it,” he says via email.

“The last thing I want is to pigeon-hole myself into a particular genre, and get stuck having to do the same thing over and over,” he says via email. “I’m constantly changing what I listen to and what I enjoy making, so I hope to take Attic Space in as many musical directions as I can.”