Hispanic Heritage Month is observed from September 15 to October 15. It is a time for us all to celebrate the contributions and impact of Hispanic Americans to our culture.

North Texas is full of local musicians of Hispanic heritage that we think should be on your radar! We asked them to share a little bit about themselves so you can get to know them and their music. 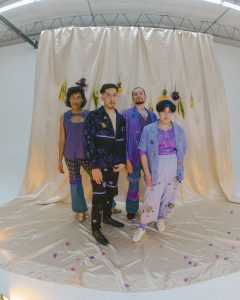 Hometown: We lived in Dallas for the most part, but are now in Austin, Houston and Denton

How would you describe your sound? We make dreamy pop/R&B music. Our music is pretty genre-less though. There’s nothing we wouldn’t dip our toes in musically.

Life motto? Do what makes you the happiest and figure out the rest later.

Anything else you want to share? We’re all Latinx but are from different countries. Kavvi (singer) is from Colombia, Danny (singer/keys) is from El Salvador, Ryan (bassist) and Kaylin (drums) are both half Mexican.

Groove out to their latest single, “Feel It Now.” 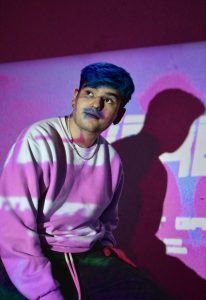 Hometown: I was born in El Paso, TX but have called Arlington, TX my home since I was 8.

How would you describe your sound? I would describe it as alternative pop or indie, but I always love exploring new sounds.

Random fact about you? Every time I go to a house music show I have to jump in the shuffle dance circle.

Check out “Loverboy” by A-Wall. 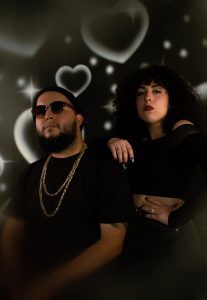 How would you describe your sound? We would describe it as diving back into the nostalgia of the ’90s with an extra dose of dreaminess added in the mix

Musical influences? For this project our influences were artists from the freestyle movement like Lil Suzy, Johnny O and Lisette Melendez.

What inspired you to get into music? We both have felt connected to music from a very young age and knew it was something we wanted to dedicate our time to from then on.

Anything else you want to share?: We are both in another band called Dezorah! We started CANA! during quarantine whereas Dezorah has been around for 8 years. 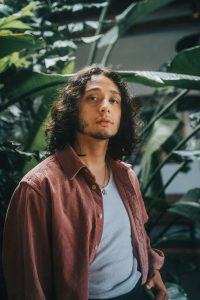 How would you describe your sound? I like to describe my sound as alternative-pop.

Musical influences? My influences include Arctic Monkeys, The Maine, The Killers, Reik and Juanes.

What inspired you to get into music? As cliche as it sounds, music has always revolved around my life since the age of seven. I was in the school choir, joined the school orchestra, formed my own band, and later learned how to song-write.

Random fact about you? If you look up S1E1 of the reality show “La Banda” you can spot me for two seconds.

Check out his latest single, “How Your Love Feels” here. 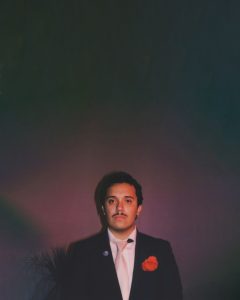 How would you describe your sound? I would describe it like if Luis Miguel and Tyler, The Creator had a baby. It’s music you can listen to with your abuelita as well as in the club.

Words you live by? Put your ego away.

Random fact about you? I have a twin sister!

Listen to his song “Dame Tu Amor” below.

Did you enjoy these artists? Take our Hispanic Heritage Month Spotify playlist with you here.