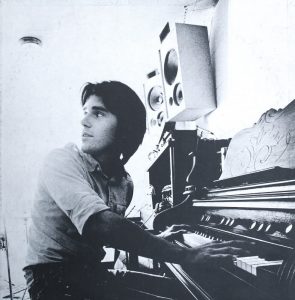 Music history is filled with artists who could never quite become successful recording and touring musicians. Sometimes they never received a big break. Other artists simply couldn’t handle the demands of being a musician who churns out records constantly or spends months on the road. Nick Drake is one of the more well-known artists who withdrew from public life after releasing just a few albums.

The artist behind today’s The Best Song You’ve Never Heard is America’s Nick Drake, someone with just a few albums of incredible work released in the early ‘70s before leaving the spotlight.

Emitt Rhodes started his music career in Southern California in the mid-1960s with the band The Merry-Go Round. They only released one album in 1967 that had two minor hits, “Live” and “You’re A Very Lovely Woman.” When they disbanded in 1969, Rhodes started recording songs to fulfill their contract with A&M Records. He soon built a home studio, one of the early pioneers who would record most of his music outside of the traditional studio.

His second eponymous album in 1970 received rave reviews from Billboard, who called him “one of the finest artists on the music scene today”, and he was referred to as a one-man Beatles. The album reached 29 on the Billboard charts with the single “Fresh As A Daisy” reaching 54 on the pop chart. Not only did Rhodes write all the songs, he sang all the parts, and he played all the instruments.

Unfortunately, he was burnt out after releasing only three albums and fighting with A&M over his contract. He spent the next four decades as a recording engineer and record producer with only a cult following who remembered his solo work. He briefly re-emerged with another album, Rainbow Ends, in 2014 before retreating from the public eye again and died last year on July 19th.

As you can imagine Rhodes has many songs to choose from, but the song we’ll focus on today is “Really Wanted You.” This song really encapsulates how Rhodes was ahead of his time. First, you can hear the layers he has in the song with a dual guitar part and harmonized vocals. Everything you hear was created with a four-track recorder at his home before many people had a four-track outside the studio.

Musically, it’s an early example of power pop that came from bands like Cheap Trick later in the decade. The song is big, catchy, and gets straight to the point.

This will likely not be the last time Emitt Rhodes has a Best Song You’ve Never Heard.