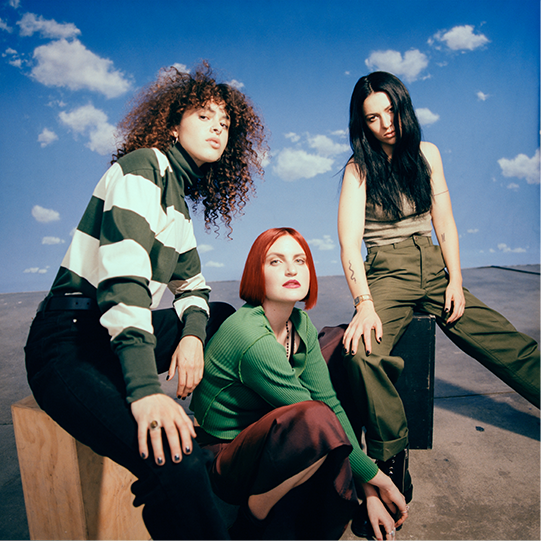 Pride Month 2021 is underway, and music has been a place where LGBTQ+ artists could be themselves. Whether they express their identity through their performance or dive into LGBTQ+ issues in their lyrics, music provides an opportunity to connect with others who identify the same way. Today’s The Best Song You’ve Never Heard comes from a band that has found a way to represent the LGBTQ+ community while still producing music for everyone.

The trio of Katie Gavin, Josette Maskin, and Naomi McPherson formed Muna at USC in 2013 and started recording their electronic pop music in their dorm room. They released their debut EP More Perfect in 2014 on Bandcamp and Soundcloud, which caught the attention of RCA Records. After signing with the major label, they released two full-length albums, About You and Saves The World, and opened for Harry Styles and Grouplove on tour. The trio each identifies as queer and include LGBTQ+ topics in their lyrics frequently. They were unsure if they wanted to focus on their sexual identities early on but decided that representing the queer community was important to the band. In 2020, they were one of six music honorees selected by Queerty as they named 50 heroes that are “leading the nation toward equality, acceptance, and dignity for all people.” More recently they left RCA and signed with Phoebe Bridgers’ new label Saddest Factory.

The Best Song You’ve Never Heard from Muna is “Loudspeaker”, one of the first singles they released with RCA. The song highlights their pop sensibilities, with a big sound and catchy chorus. The song is complex yet simple, with a great guitar line and drums driving the song forward but it includes deep layering as well. They use great vocal harmonies alongside instrumentation which balances between analog and digital-based sounds. This is the perfect song to instantly get you into a better mood, especially if you need to dance a little bit.