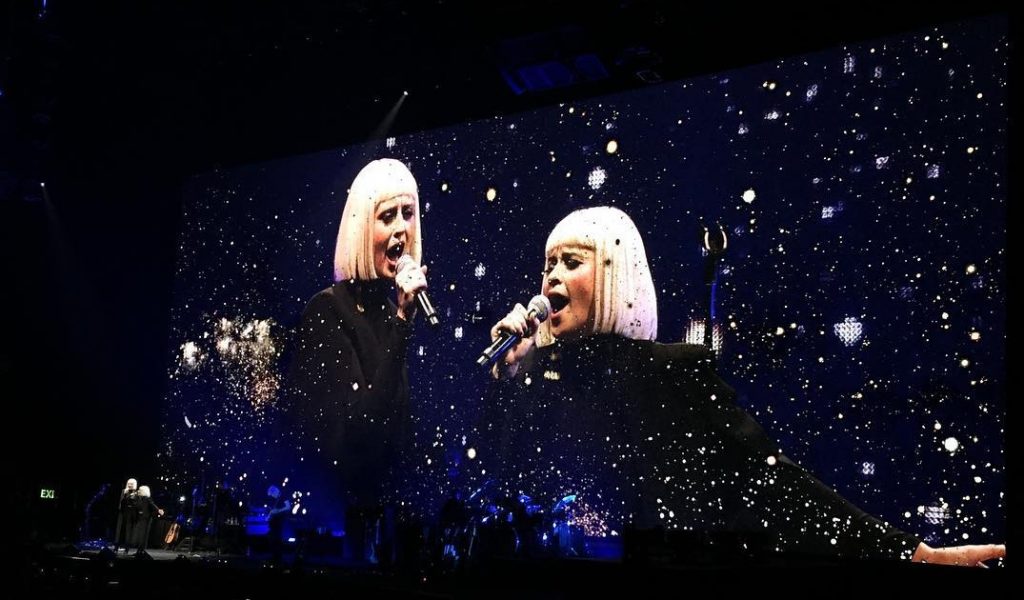 Over the last few weeks, we’ve looked at songs with great women musicians that haven’t received as much spotlight as they should. As we wrap up Women’s History Month today, this Best Song You’ve Never Heard is a personal favorite for several reasons.

Lucius is one of the most underrated artists today. Not only are Jess Wolfe and Holly Laessig incredible vocalists, they know how to put on a unique performance, whether it’s as the headliner, an opening act, or even during a radio live session. There’s a reason they are so sought after as backing vocalists, like when they performed on Grace Potter’s 2019 album Daylight.

Two moments stand out to me over the years. The first is when they visited my old radio station KCSN in Los Angeles in 2016. They arrived ready to perform, fully dressed and in makeup like they were going to headline a large stage. The care that they put into their music and art was clear that day. The other moment came when I saw Roger Waters perform live during the Us + Them tour in June 2017. I knew Lucius were his backing singers and I could not wait until “Great Gig In The Sky” when they would attempt the legendary wordless melody originally sung by Clare Torrey. They did not disappoint.

For the Best Song You’ve Never Heard, we go back to their last full release of original material in 2016, Good Grief. This is a case where the record label focused on a far more upbeat song, “Born Again Teen,” rather than the more dynamic track “Dusty Trails.” Sparse instrumentation allows their vocal harmonies to be front and center in the mix. The amount of emotion they can deliver pulls you in, and the way their voices interact with each other keeps your attention throughout.