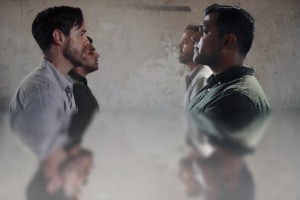 Upcoming Gig: Outdoor EP Release Show at the Wild Detectives. May 13th
Bowman has more folk experience, performing both with Dallas artist Jacob Metcalf and with his own folk-pop band Fox and the Bird. Krishnan grew up singing classical Indian music and gravitated towards Old-school Mexican, Central American, and South American folk and pop music after his family moved to Texas from India when he was just 15, eventually performing with Latin rock band Foco De Atelier. Together, despite (and perhaps because of) their differences, Bowman and Krishnan make a perfect pair.

“Tarun writes in a really philosophical way. His lyrics are very thoughtful, very big picture looking at ideas and concepts, and I’m more of a storyteller, so I tend to draw things down to the concrete and draw the listener through a specific storyline,” Bowman said. 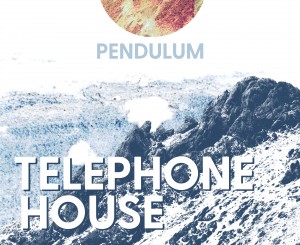 Shortly before the pandemic, the duo began melding their techniques while working on “Cracks in the Pavement”, the song that would become the first single for their new band Telephone House. After quarantine, the duo adapted to working on music via voice memos on their phones (which contributed to the name of the band) before migrating to Spire, an app that allows multitrack recording on a phone. The result is their first EP, a collection of three songs called Pendulum.

“These tracks are us meeting each other in our most natural state,” Krishnan said. “These songs really do feel like the both of us blending together.”

“Cracks in the Pavement” features Bowman and Krishnan singing in perfect harmonies over gentle sounds of guitars, violin, trumpet and drums. The overall sound of the song brings a soothing, mellow feeling, although the meaning of the song has a different message.

“The narrator is talking about a relationship. One that’s just starting and… very excited very into this relationship but ignoring all of these red flags,” Bowman said. “The main line is ‘cracks show through the pavement, weeds poke through the grass. But I only see signs that things will last’.”

“They would see all these things that could go wrong, but they don’t care. They want to fall in love, and they love falling in love,” Krishnan added. “Both of us are exactly like that. We love falling in love and so it feels like the most perfect archetypical depiction of that person.”

The video for “Cracks in the Pavement” was shot at Texas Hall, a dilapidated cathedral in Tehuacana, TX that was once the original site of Trinity University. The resulting imagery compliments the song lyrics in that everything is crumbling around the band the same way that the relationship crumbles around the song’s narrator.

Pendulum, Telephone House’s debut EP, is available now for streaming and purchase via Bandcamp and will hit other streaming platforms later this month. The group will perform an EP Release show at the Wild Detectives in Oak Cliff on May 13th. Keep up with Telephone House on Instagram, Facebook, or their website.