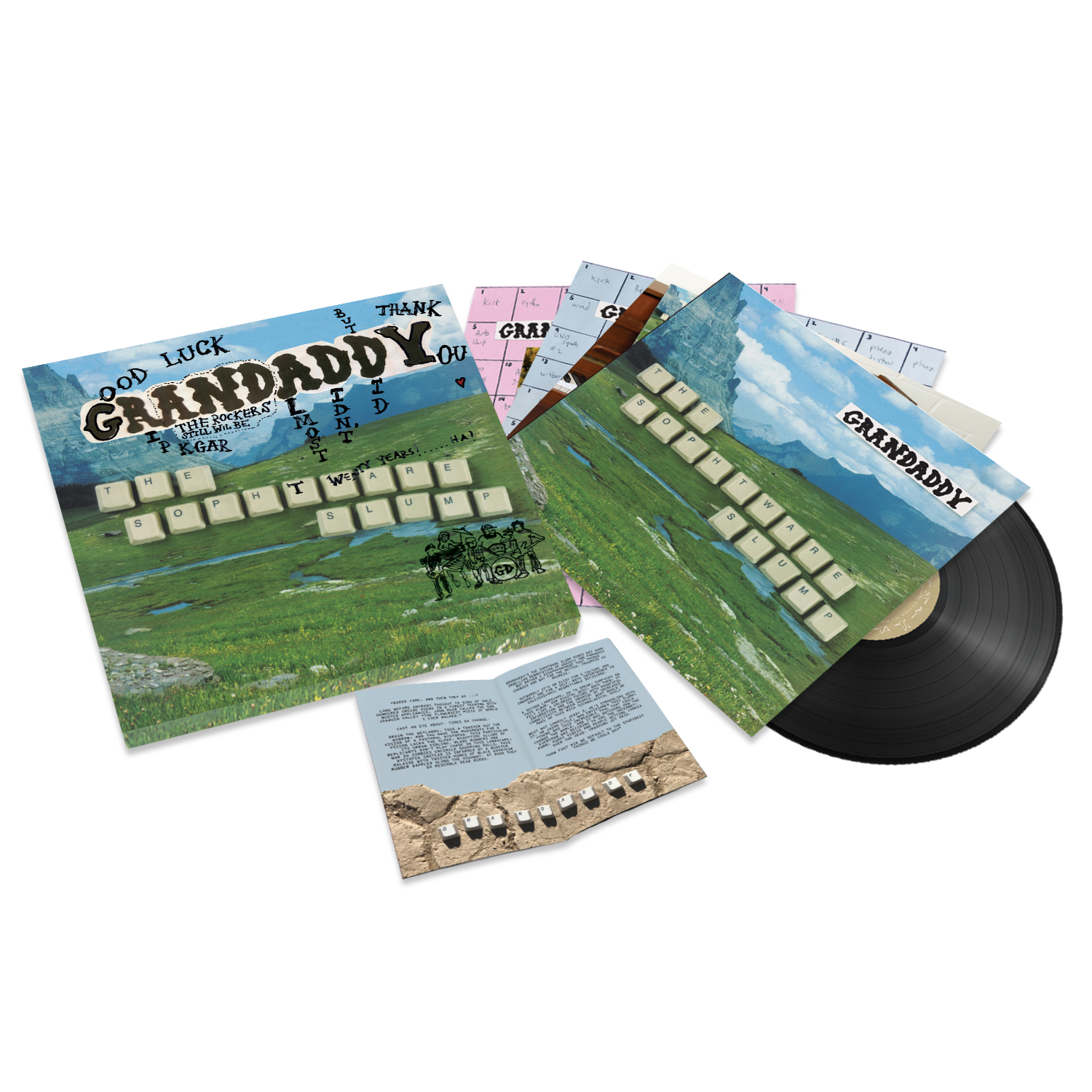 Grandaddy has reissued their beloved 2000 LP The Sophtware Slump in honor of the album’s 20th anniversary. The 4-LP set includes a re-mastered version of the original record, a new solo piano recording of the album by principal songwriter Jason Lytle titled The Sophtware Slump ….. on a wooden piano and 2 LPs of rarities including the Signal to Snow Ratio and Through a Frosty Plate Glass EPs all on vinyl for the first time. This exclusive box set is sold-out, but maybe not for you…

Enter below for the chance to win the 20th anniversary box set of Grandaddy’s The Sophtware Slump. Winner will be chosen and notified on Wednesday, February 2, 2021. Entries must be submitted by 11:59pm on Monday, February 1, 2021. Official KXT contest rules can be found here. Good luck!

Oh, and a P.S. for Grandaddy fans – Good Records has an exclusive edition of The Sophtware Slump ….. on a wooden piano, the new solo piano recording by principal songwriter Jason Lytle. More info here.

This contest has ended. A winner was chosen on February 2. Thank you!