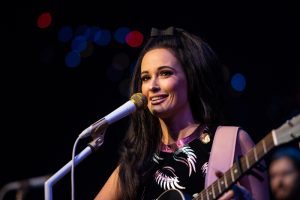 Contemporary country queen Kacey Musgraves returns to the Austin City Limits stage to perform songs from her highly acclaimed new album, Golden Hour. The East Texas native made a name for herself with her piercing observations and irreverent brand of country, and in 2014 dazzled audiences in a standout ACL debut. The now two-time Grammy Award-winning singer returns with a new album that is generating glowing reviews. 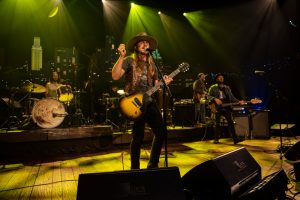 After more than a decade on the road barnstorming across the U.S.A. and around the world, Lukas Nelson & Promise of the Real have developed into one of music’s most impressive live acts, earning a 2018 Group of the Year nomination from the Americana Music Awards. The band’s sound draws on many of Nelson’s influences including his own father, outlaw country icon Willie Nelson, and Neil Young, with whom the band has regularly toured and recorded in recent years. In their ACL debut, the six-piece outfit delivers on their promise with a powerhouse set filled with songs from their acclaimed self-titled album.