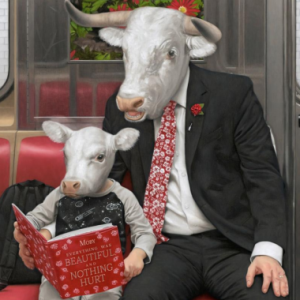 ‘Everything Was Beautiful And Nothing Hurt’ by Moby album cover

In 1981 Rick Springfield hit it huge with “Jessie’s Girl”. But did you know he’s released 18 albums since then? Tune in as World Cafe discuss his latest record, The Snake King, featuring songs about Rick’s lifelong battle with depression plus a conversation about Rick’s time entertaining troops in Vietnam and a live performance.

Jessica Lea Mayfield released a deeply personal and powerful record, Sorry is Gone, as part of a very intense 2017 album. We’ll discuss the auto accident that stopped her from an earlier planned trip into our studios and how she made the decision to record these songs that chronicle her time as a domestic violence survivor.

Wednesday, March 28 – New Musical Inductees to the Library of Congress

What do The Temptations, Run DMC and Arlo Guthrie have in common? They all made music that was inducted by the Library of Congress National Recording Registry last week. Twenty-five pieces of music were deemed important enough to American culture to be preserved in the Library forever and we celebrate them on World Café.

Erin Rae grew up with very liberal parents in Tennessee, but sorting through her sexual identity as a teenager was difficult with some of the prejudice she saw around her. She discusses that and performs a new song inspired by that story, along with three others from her just announced new album.

Moby has sold over 20 million records and on his new album, Everything is Beautiful And Nothing Hurt, every copy sold benefits animal rights organizations. Tune in to hear the extremely candid musician discuss his lifelong veganism, the changing world of electronic music and being a sober 52-year-old who doesn’t want to tour anymore.