We asked North Texas to let us know which local artist caught their ears and hearts this year. We had a fantastic turnout of voters — thank you to all who participated! Without further ado — here is YOUR favorite local artist of the year, as chosen by YOU. 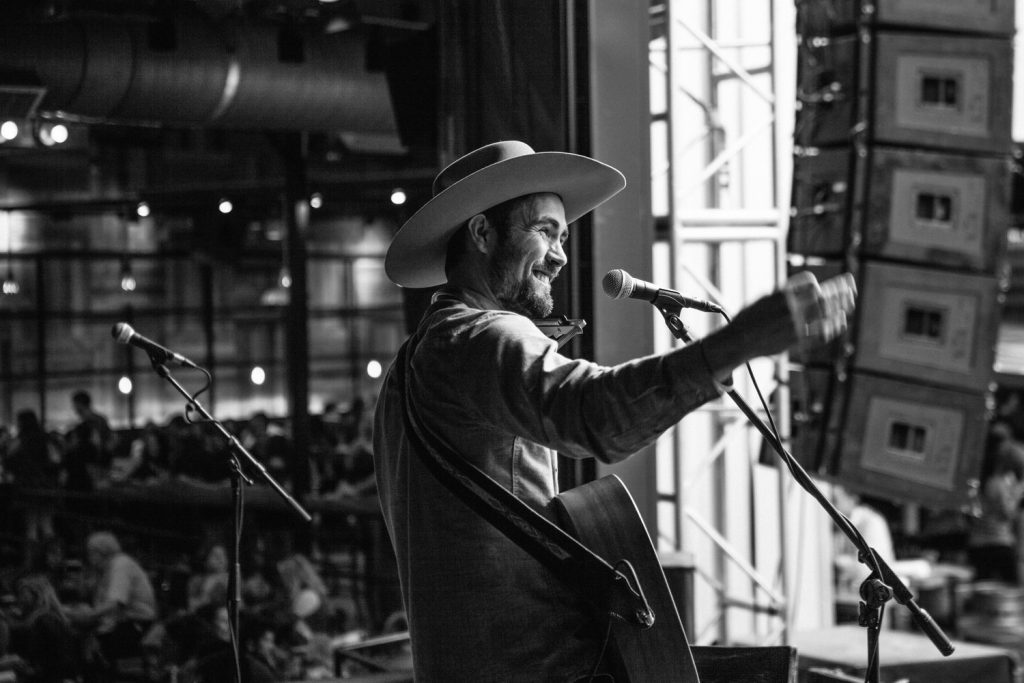 photo courtesy of the artist

A.J. LeGrand describes his music as “stories accompanied by cowboy melodies.” Others have said that “his songs send [them] on an unpredictable emotional journey; exploring a myriad of genres from soul, to folk, to blues, to country rock — demonstrating his incredible gift for storytelling while telling them with the perfect amount of energy and passion.”

Although he didn’t begin to play music until just a few years ago, stories have always played an important part of his life.  Having grown up in very rural, agricultural locations, he was raised listening to the stories of lonely truckers, penniless cowboys, proud land owners and the humble folk chasing the crops and the seasons.

“My earliest memories play through my mind like a film, backed by a soundtrack of Marty Robins, Townes Van Zandt and Willie Nelson.  My dad grew up ranching in Wyoming and was a farmer in New Mexico when my siblings and I were growing up, so those experiences, those tunes and those same connections with the land and with manual labor have always resonated with me.”

Hearing those stories at a young age begat a curiosity and desire to experience the same sorts of things that these “ordinary yet inspiring individuals shared; out of what seemed to be an aching necessity.”

LeGrand has always gravitated to those “ordinary yet inspiring individuals.” This has led to a constant search for them as he’s traveled across the US and the world with the hopes of sharing his songs and hearing their stories.

Ryan Berg & The Velvet Ears are an acoustic driven blues/jazz band from Dallas, Texas. The project began when singer-songwriter Ryan Berg moved back to his hometown from San Marcos, Texas. Shortly after, Ryan began playing duos around the Metroplex with lead guitarist Glen Fleischman throughout 2014 when they met drummer, Charles Alexander. Since then, The Velvet Ears expanded it’s perimeters by collaborating with local artists like Nick Snyder, Patrick Smith, Matt McClellan, Kirk Hampton, as well as the Austin-based band The Mammoths. In 2016 The Velvet Ears began working with Ken Welker of 13th Floor Music, DFW booking agency. In the Spring of 2017 Ryan Berg & The Velvet Ears are pleased to announce the release of Ryan Berg’s debut full-length album titled “The Velvet Ears.”

For TOMKAT — a band based out of Denton, Texas whose work spends much of its time buried in the grey areas between pop, jazz, rock and dance music — the idea of coordinating complex sounds and musical meters is at the heart of their cross-genre investigations. Led by the haunting croon and ache of Katrina Cain’s voice, as well as the dynamic rhythmic interplay that exists within the band, TOMKAT are looking to express their native pop and electronic instincts without sacrificing their evolved temperament to the confines of a modern musical marketplace. Drawn from all areas of the country, the band was founded in 2015 by vocalist Katrina Cain (Connecticut), guitarist Andrew McMillan (El Paso), bassist Mike Luzecky (St. Louis) and drummer Jonny Harmon (Columbus) who first met as students at the University of North Texas.

TOMKAT’s full length album, Icarus, was recorded in July of 2016 with Tanner Landry of Fort Worth Sound, though the music had been written and sat waiting for over a year prior. Cain, McMillan, Luzecky and Harmon had longed for a more electronic element than their current sound possessed, and found those pulsating and metronomic sounds with Trenton Hull (synthesizer), who joined the band for just one show and a handful of rehearsals prior to jumping with both feet into the studio. The songs on the album ebb and flow, with “Drowning” beating a dance pop spasm into your feet and others, like “Phoenix” soaring through your tired mind. No song should be taken more lightly than the other, however, as Cain’s surprisingly dark lyrics attempt to convey the emotional and psychological issues surrounding the female experience through the ages. While “Teardrops” calls to mind a slow jam complete with ’90s style vocal harmony, listen closely to the lyrics and you’ll hear a woman struggling with crippling failure beneath a mask of smiles. Similarly, “Persephone’s” hauntingly beautiful chords belie the true meaning, a story of incurable desire told not by the victim but by her abductor. Though the album is fraught with darkness and despair, the group keeps returning to a singular theme that blooms from the darkness with every track, ending in “Phoenix” resounding chorus: “Once and for all, I rise; Once and for all, I’ll fly.”

Henry the Archer isn’t just a stage-name — it’s an entity. Named after the fictionally based autobiography from the mind of producer/singer/song-writer, Richard Hennessy, who is known for his dynamic vocal range. The band is comprised of Richard Hennessy on vocals, guitar, and keys; Kevin Geist on percussion and drums; and Charles Marchbanks on bass guitar. With a moody sound hinting at post-punkrock offset with fresh groove-pop melodies, Henry the Archer’s music is a familiarity of sound, laden with system shocks in the form of sharp, pointed lyrical style.

Here’s to another year of great local music!

Want to hear your music on KXT? Submit your music for consideration here.