To say that in four years Denton’s Oaktopia has come a long way is, well, putting it rather mildly. And mild doesn’t seem to be a word in the respective vocabularies of Matt Battaglia or Eric Pulido…

Over the years, the ambitious festival organizers have nurtured the once slightly-scrambled fest into a one-of-a-kind local affair with major national draw. On the heels of the festival’s latest lineup announcement (Welcome home, Norah!) we spoke with Matt and Eric about Oaktopia, what it’s become and how Denton so beautifully supports Oaktopia as much as Oaktopia supports Denton.

For our listeners who might not be familiar, just tell us a little bit about Oaktopia and what people can expect.

Matt: Oaktopia is a three-day music, art and culture fest here in Denton. We really aim to highlight the many entrepreneurs, artisans and artists here in town and give them a platform to be discovered by people who may have never even known that Denton has a great art scene, as well as people who live here that don’t get connected necessarily to the scene every day. So, it’s really a weekend to bring all these different people together here who are creating in town.

You’ve said before that this is going to be your biggest year yet with an enhanced effort to improve the guest experience. How is it going to be different this year and how are you going about that?

Eric: This year there will be the live artists, but also there will be a gaming experience, there will be comedy, there will be industry panels…and a lot of these folks have been contacting us which is really neat to see them wanting to be a part of this festival. Across the board, the artists are a little larger this year — more national, international and global acts. We also have a great amount of local acts. It’s a good balance in genre, but also in local vs. national acts. We’re hoping people will respond to that and want to come out. It’s a unique festival to be in a downtown area like it is — a stone’s throw from the square where the stages are, people walking in the street. I’ve gone to a lot of festivals around the world and I still think this is a really, really, unique festival.

Matt: In terms of the fan experience being enhanced, we actually created an Experience Department that has a whole team of people working to create art installations and some other surprises I can’t say right now. There will be interactive art — things that people can really touch —as well as other events and activities like, as Eric mentioned, stand-up comedy and short films. We’re also going to have more signage so things are even clearer. Everything just gets more tightened up the more we do this. I think people are really going to be so blown away this year and have a memory they keep for the rest of their life. 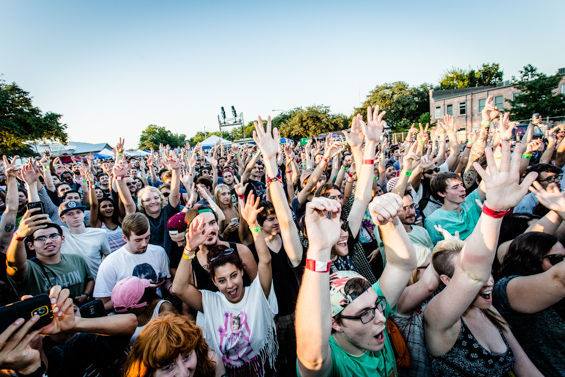 Well, let’s dive into that a bit more. In so many ways, Oaktopia is sort of “the little festival that could.” You started as this “scrappy” local fest that’s now a massive, full-fledged, three-day event….you were even named Best Music Festival by Dallas Observer last year. So, do you guys think you’re still on the JV squad? Or have you hit the Big Leagues?

Matt: Oh, we’re definitely still scrappy. That’s a good word for it. We’re always working. We’re a really close-knit team of people trying to work towards one goal. But I bet every festival feels that way. Even with something like ACL…you have to be a bit scrappy, in the festival realm, to pull it off.

Eric: Yeah, I think as it’s grown, obviously we’re learning. And you’re trying to be ahead of it, and you always feel like you could be more ahead of it, you know? But like Matt said, the team is just really close-knit and great. There are a lot of folks that are volunteering that are just amazing that we couldn’t do it without. And I think that’s a big part of why it is what it is: It’s a festival that really has heart. I think a fan that comes out will experience that because we’re fans at the heart of it. We want this to be a good experience for others, but we want it to be good for us because we love these bands that we’re seeing. These experiences we’re laying out are things that we enjoy and obviously we hope the folks that come out will enjoy them, too. We’re welcoming them not just to our festival, but to our town. We live here and we love Denton.

Matt: Yeah, and that’s one of the reasons you hear that narrative, “the little festival that could,” because prior to starting Oaktopia, me and the volunteers and the other founders had no experience with promotion or event planning, so we just wanted to create a festival Denton could be proud of and something we didn’t see at other festivals. As Eric said, we’re festival fans, and we kind of tried to put all of that in one place and this year it’s really come into fruition where Denton will be a living, breathing piece of art. 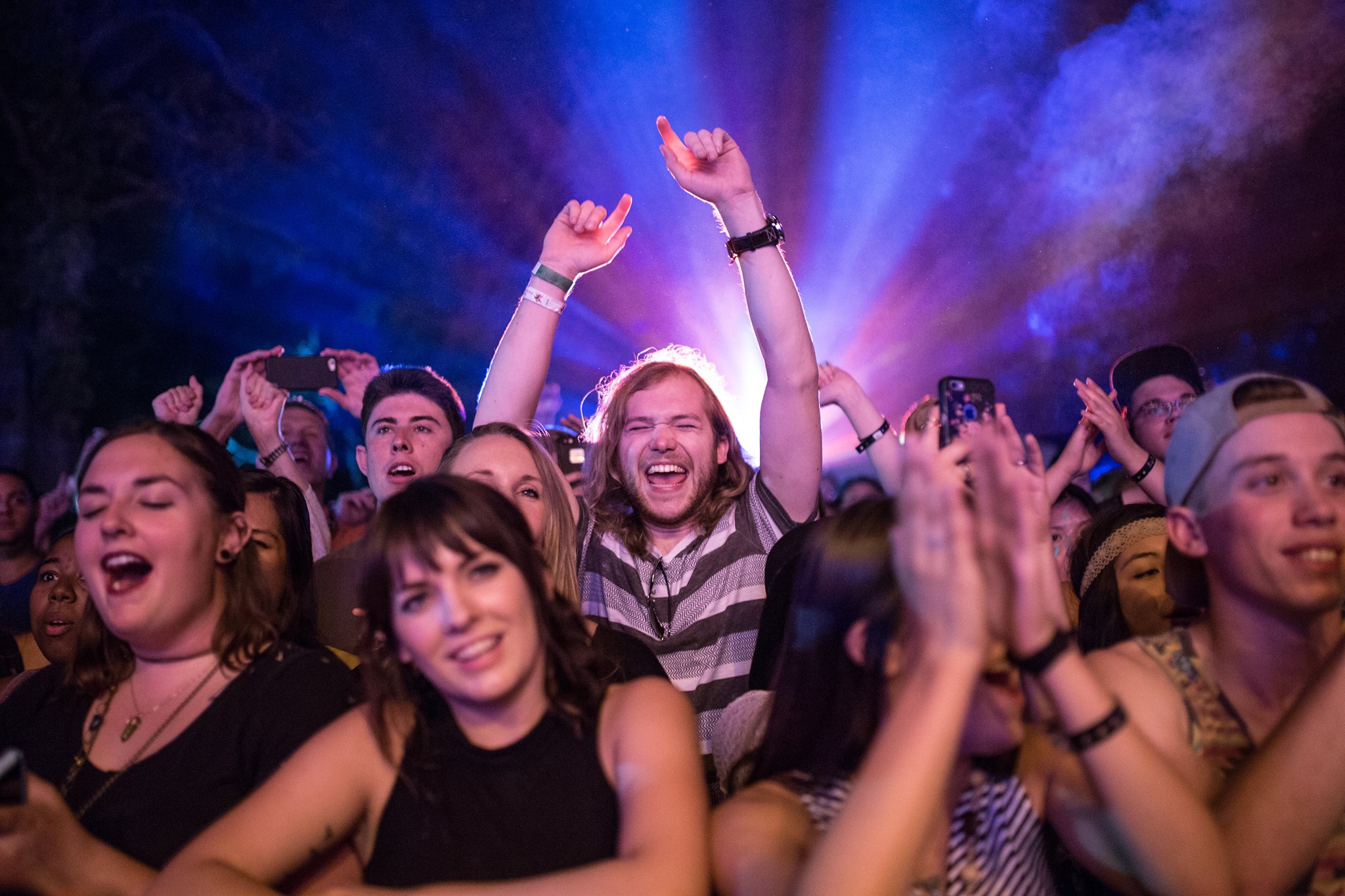 On that note, you both clearly have a lot of love for Denton. In the long run, what are your hopes for Oaktopia in terms of what it can do for your community?

Matt: For me it would definitely be attracting people from different places to come here. Within the music community, I want [Denton] to be known as a Mecca of sorts, at least in the Southern United States, where some of the best and hardest working creators are. And I want them to all flock here for at least one weekend a year to really come together and create something that is really unique. That’s my goal.

Eric: For me, it’s more about going back to the heart of it — when you love something, you share that. You want people to know about it. You want them to experience it, as well. My role has been mainly in the national acts booking and getting people to want to come to a place they maybe never heard of it, you know? That’s partly because we want this area to see a great festival, but also because we want these artists that are visiting to experience a great town and great community that they may not have otherwise known about. The other stuff that happens from that — businesses doing well, tax dollars, etc. — those things just happen. When something great is created, and artists are sharing art together and experiencing an amazing town, the positive repercussions of that are endless.

Matt: Yeah, I’m of the school of thought that you can’t force something like this.

Matt: You can’t just try to create something for tax dollars or profit. It has to be purposeful, meaningful and organic. And I think we have that. 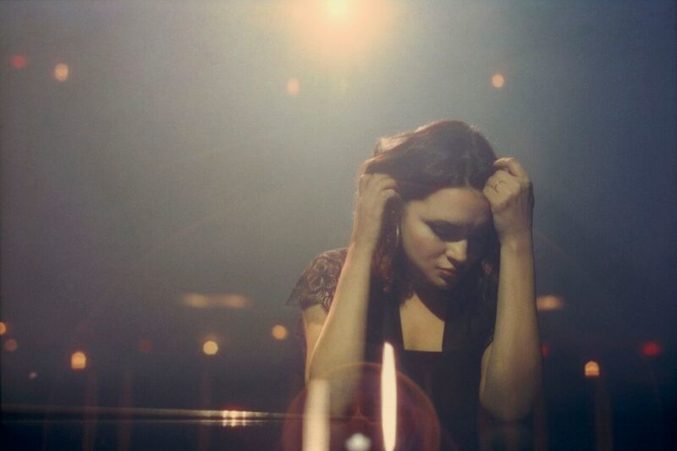 Y’all want to talk about this year’s lineup?

Matt: Definitely. Always want to talk about the lineup! Well, the booking is really a team effort, not just me and Eric. We draw on our own influences, influences from the team and influences from the community. This year we really wanted to bring in the younger crowd with Rae Sremmurd, O.T. Genasis and Erykah Badu, which Eric totally supported and I’m so appreciative of that. I think we’re going to see a whole new crowd come to the festival and enjoy it.

Eric: It’s actually kind of developed as learning experience for me in a lot of ways, and for all of us, year to year. We hear who is the up-and-coming act, who is available, who’s got a new record out, who’s got some buzz — all those things you’re trying to take into account. And then there are just some that are close to your heart that you just want to bring out because they’re great to have. So those round table discussions that Matt and I get to help lead and curate have benefited from everyone chiming in and ultimately we want it to work, you know? Obviously Norah being a friend, and someone I’m a fan of, and someone who is an icon in the town of Denton — it’s great to bring her back home and play in downtown Denton. I don’t know if she’s played there since her senior recital.

Matt: Yeah, I was born and raised in Denton so having Norah Jones back in Denton is a childhood dream of mine. I can’t believe it. I probably won’t believe it till I see it.

Yeah, well the whole lineup is just so stellar…drool-worthy really.

Matt: No, yeah, he really did a fantastic job of curating it and figuring out what acts work together.

Eric: You know, when you’re putting together a lineup, especially when it starts this early, you want folks to come! You want folks to come early and stay late. So, we tried to think about that…how you will like band #1 and the last band of the night. 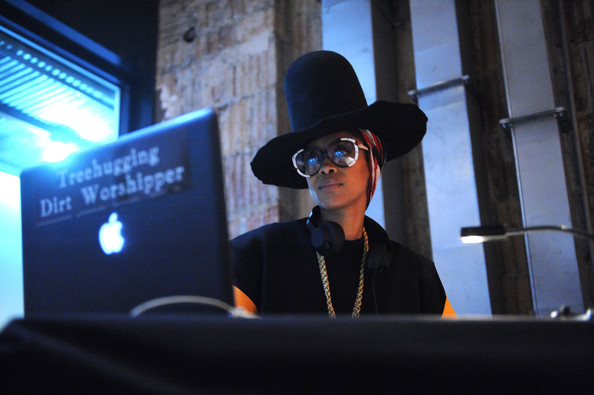 Anything else you want to say about Oaktopia this year that maybe hasn’t been said already?

Eric: We would be remiss not to mention Thursday — Petty Fest. It’s going to be a fun night with several artists and special guests out playing Tom Petty songs with an awesome backing band. Proceeds will go to Texas Music Project, which benefits kids’ music education, and the Greater Denton Arts Council, which I’m a member of. Two great causes and bunch of amazing artists playing Tom Petty songs….what could go wrong?

Matt: We also want to say thank you so much to the volunteers, the community, our families — all the people that support this and let this happen. It’s really become Denton’s festival and we couldn’t do it without them.

Eric: I mirror that statement. Also, get your tickets while you can…

Eric: There’s only so much room out there.