Seattle’s orchestral-pop outfit Hey Marseilles steps boldly into the future with their self-titled third album due out on February 5 and one of their shortest songs to date — the album’s elegant opener, “Eyes On You.” Mark your calendar for March 15 when they make a stop at Club Dada.

Animal Collective keeps it trippy with Afro beats and happy dissonance in their tenth studio album, Painting With. The album, which lands February 19, actually made its debut at Baltimore-Washington International Airport over Thanksgiving weekend. The lead single, “Floridada,” is a sweetly quirky mash note to the much-maligned Sunshine State.

Dallas’ Mur has been making a joyful noise since 2002 and there’s a new album in the works for 2016. We’re stoked to be able to bring you their latest single, “My Only Friend” for this final round of New Music Monday. 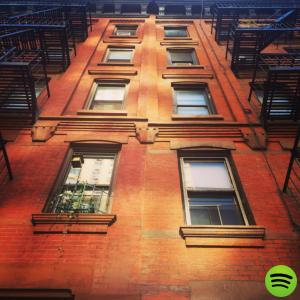 And speaking of the local files, keep your eyes peeled for new music coming from Fort Worth’s Unlikely Candidates. They’re back in the studio, working on a yet-to-be-named follow-up to their self-titled 2013 release.