The Public Radio Rocks the SXSW Day Stage will be held at the Austin Convention Center. The day stage is in the convention center and is open to attendee with a music badge for SXSW. 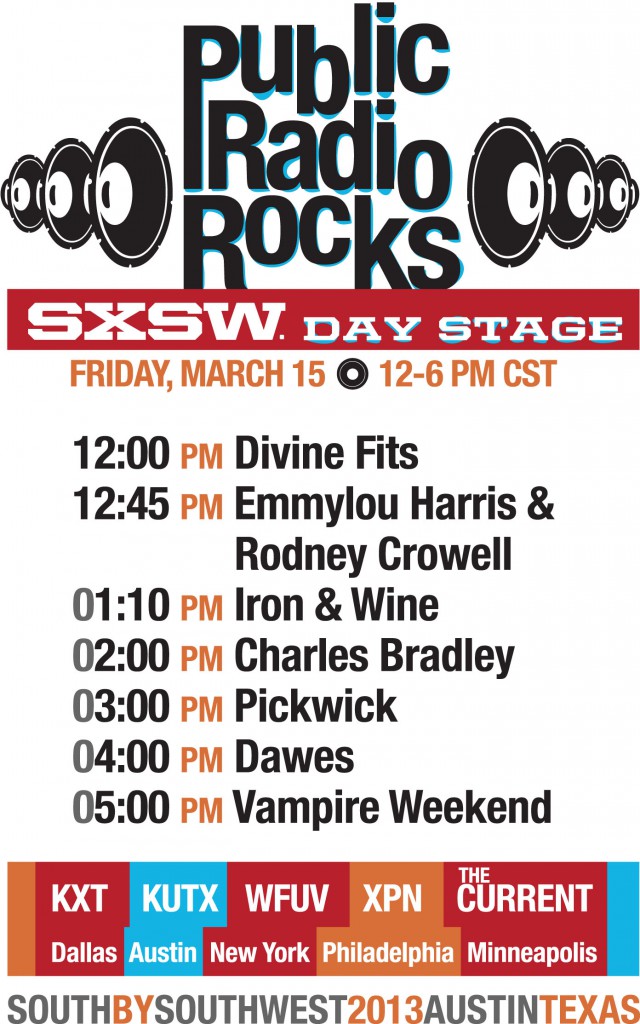 Public Radio Rocks SXSW Day Stage represents the first combined effort by public radio stations to transmit to radio audiences a piece of the live musical excitement of the SXSW festival. Across the country, the concert will also be simulcast on public radio stations KUTX-FM/Austin, WXPN-FM/Philadelphia, WFUV-FM/New York and The Current/Minneapolis. Each participating station will broadcast the concert live on air and online.