Tania Kaufmann is an artist, freelance illustrator and photographer originally from Montreal, Canada who grew up in San Juan, Puerto Rico and is currently based in Dallas, Texas.

Tania is known for her mixed media paintings based on her love of repetition.  Often fueled by life’s more bleak moments she responds with color, light and optimism. Her artwork is colorful with a sinister feel.  She attended East Texas State University (currently Texas A&M – Commerce) in Commerce, Texas for photography and is a self-taught illustrator.

Her clients have included Bloomberg’s Businessweek, Bon Appétit, New York Times, Psychology Today, Adobe, thinkMoney, More, Newsweek, Chicago Tribune and more.  She has also participated in Art Conspiracy, Diorama o Rama, has had 2 solo shows with Magnolia Gallery and has been a part of Public Trust group shows including Artopia.

More work can be seen at taniakaufmann.com  Below you’ll see the poster for the Winter Fundraising Campaign. Check out the T-shirt and mug plus loads of other amazing thank you gifts.  Thanks for supporting KXT! 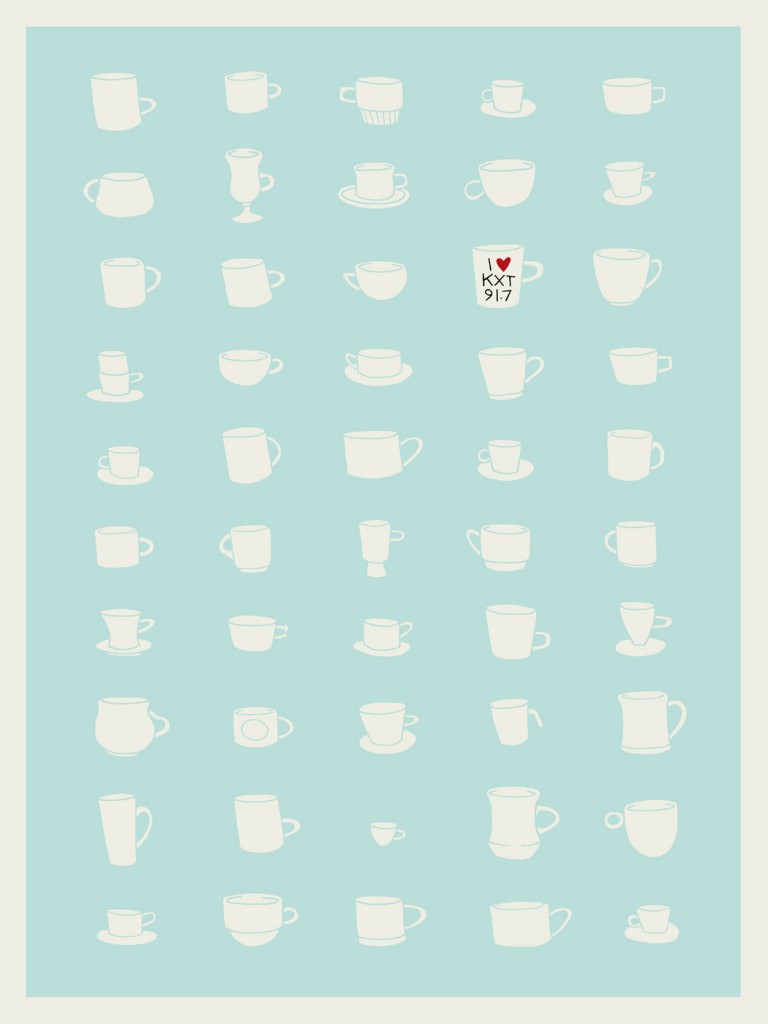