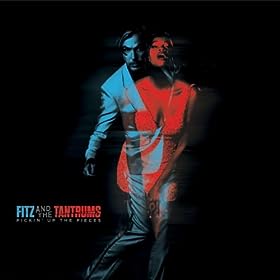 Fitz and the Tantrums – “Moneygrabber”

Los Angeles soul group Fitz and the Tantrums came together after frontman Michael Fitzpatrick bought an old church organ and began to assemble songs for a solo record. He added friends to the band until it reached its current lineup, which released a full length Pickin’ Up The Pieces this past August. This song has been in heavy rotation on KXT 91.7, though the band is quickly becoming more well known for their live show. They took that show on the road this fall with Maroon 5, and gained additional exposure with an appearance on Daryl Hall’s web series “Live From Daryl’s House”.