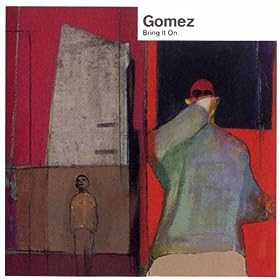 Gomez – “Get Myself Arrested”

This British group’s diverse sound has gained them a loyal following from blues revivalists as well as jam band fans and the indie rock set. This track, from their 1998 record Bring It On shows the breadth of their sound, beginning with a reggae-tinged verse that leads to a grand singalong chorus. Though this shows the band in its early stages, you also might have heard their recent song “Airstream Driver” on KXT 91.7.