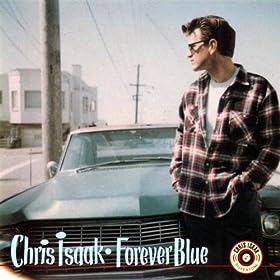 Chris Isaak captivated the country during the early ’90s when his single “Wicked Game” broke on the scene, accompanied by a steamy music video co-starring supermodel Helena Christensen. Several years later, Isaak recorded “Baby Did a Bad Bad Thing,” for the album Forever Blue. Once again, Isaak shot a music video for the song with another supermodel, forever sealing his sexy bad boy status with the romantic crooner image of his beginnings. While Isaak has found a second career in acting, he continues to record music, releasing Mr. Lucky in 2009.