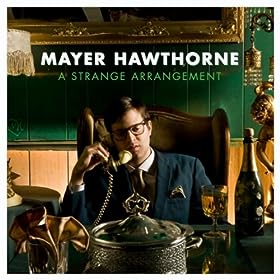 Singer, DJ, producer and multi-instrumentalist Mayer Hawthorne brings some serious soul music to the table with his debut album A Strange Arrangement, citing musical greats Isaac Hayes, Barry White and Smokey Robinson as influences. But Hawthorne adds his own style to this throw-back sound, writing and recording almost the entire album himself. “Your Easy Lovin’ Ain’t Pleasin’ Nothin’” is one of the catchier tracks on the album and highlights this crooner’s sweet vulnerability when it comes to love.